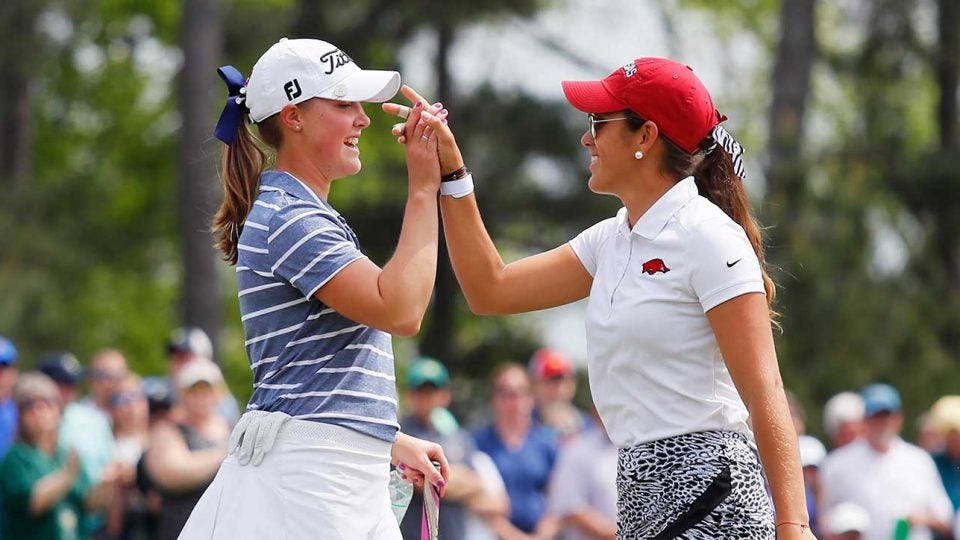 One of the great comforts of springtime in Augusta is the promise of consistency in a world of change. The winds may shift. Some rain might fall. But come April, in the shadow of the loblolly pines, we can count on the beauty and the babble of Rae’s Creek, the nervy jaunts around Amen Corner and the roar-inspiring charges toward the finish, capped by a trapped-in-amber Butler Cabin send-off.

So long, friends. Until next year.

Last spring, though, as a prelude to another memorable Masters, the familiar trip down Magnolia Lane delivered something different and delightful: a new cast of competitors playing on a modified course setup with a prize other than a neon blazer on the line. The inaugural Augusta National Women’s Amateur turned a fresh lens on a golf landmark while giving the women their first crack at a venue once strictly reserved for men. There was a lot to look at. And a lot to learn, even for those of us who thought we knew the place by heart.

All the talk in recent years of Tiger-proofing—the modern-era lengthening of Augusta National—obscures the fact that the course has been evolving almost since its birth in 1932 as a Bobby Jones and Alister Mackenzie design. By the end of that decade, Wexler reminds us, Mackenzie’s former partner Perry Maxwell had already added or modified seven greens. He was not the only cook to set foot in the kitchen. Robert Trent Jones Sr. had a turn, followed by George Cobb and Tom Fazio. A smattering of former Masters champs, Jack Nicklaus included, also left their imprint. The majority of changes have been aimed at preserving or restoring the shot-making demands that Jones and Mackenzie originally intended. But to watch the Masters, where today’s players routinely reach par-5s with a driver and mid-iron (if not less), is to witness an aerial assault on the way things used to be. Which brings us to what happened when the women got there. Pegging it from the members tees, which measure a shade over 6,300 yards, they played a game of strategy and nuance that harkened to the era of persimmon woods. “The women hit the ball a lot straighter than the men, but they also had to navigate rather than overpower,” Paige Mackenzie says. “The beauty is that the way they hit it tends to fit the architects’ intent.”

That was evident, Mackenzie says, in the way that Kupcho and her final-round playing partner, Maria Fassi, plotted their paths around Augusta’s daunting doglegs and threaded tee shots between bunkers that the longer-hitting men often simply airmail. No sequence was more memorable than Kupcho’s drive and approach on the par-5 13th hole. Trailing Fassi at the time, she chose to get aggressive with her driver off the tee, which left her with 219 yards from the fairway, with the ball above her feet. For Bubba, Brooks and co., the move from there would have been a no-brainer, a ho-hum 7-iron, max. Kupcho, by contrast, faced the sort of challenge that Gene Sarazen confronted more than 80 years ago. The hybrid she smoked to set up eagle was the women’s version of the shot heard round the world and was part of a searing Sunday back nine that some compare to Jack’s in ’86.

2) The Value of a Local Looper

So much is made of local knowledge at the Masters. And yet, year after year, newbies turn up on the first tee at Augusta with their regular caddies at their side. Not Kupcho. For the first two rounds of the Women’s Amateur, which were held at another Augusta-area course, Kupcho had her father on her bag. But for the finale, on the big stage, she called on the assistance of Augusta looper Brian McKinley. In Kupcho’s account, Mc­Kinley was indispensable in deciphering putts and drawing up an 18-hole plan of attack. He also supplied her with a crucial tip for that epic hybrid approach on 13. “Most people wouldn’t know this, but even though the ball is above your feet on that hole, the shot just doesn’t draw like you think it would,” Kupcho says. Without that insight, Kupcho says, she would have sent her approach wide right into the water. It’s been nearly half a lifetime since a Masters rookie captured the green jacket. That was Fuzzy Zoeller, in 1979, and he did so with Frank Beard, a local caddie, as his guide. Kupcho’s victory was a reminder that skill and artistry alone are no match for Augusta if they aren’t supported by someone in the know.

3) The Constraints on Course Conditions

The green jackets are known for pushing green speeds to the limit, but even at Augusta they can only go so far. For the Women’s Am, the course, though plenty fast, fell shy of the lightning pace we expect at the Masters. You could see it in the way shots were received, most notably, perhaps, on the par-5 15th, where Kupcho, blocked by pines on her approach, roped a hybrid around the trees on a curling trajectory toward the pin. On a baked-out Masters Sunday, a ball on the same path almost surely would have bounded beyond the green. But Kupcho’s settled softly on the back collar, just past the flagstick, leaving her with an eagle putt. This, we presume, is what the poobahs wanted: a course tenderized to suit a different style of play. That’s what Kupcho figured, too. A few days later, she got further confirmation of the club’s precise control over course conditions when she stood with Patrick Reed during trophy presentations for the annual Drive, Chip & Putt competitions. As they swapped stories, Reed shared his perspective on how much the course transforms between practice rounds and the start of the Masters. “He basically said that when you show up on Thursday morning, the course is so much faster than it is on Monday, Tuesday and Wednesday that you might as well not have practiced,” Kupcho says. She says Reed guesstimated that Masters putting surfaces register 14 on the stimp meter. For the Women’s Amateur, they were slower but still swift, Kupcho says—somewhere in the neighborhood of 12.5. Could they have been made faster? Absolutely. But the green jackets knew better. “I don’t think they could ever do that for the women with the Masters coming up right after, because they’d just wind up killing the greens,” she says. 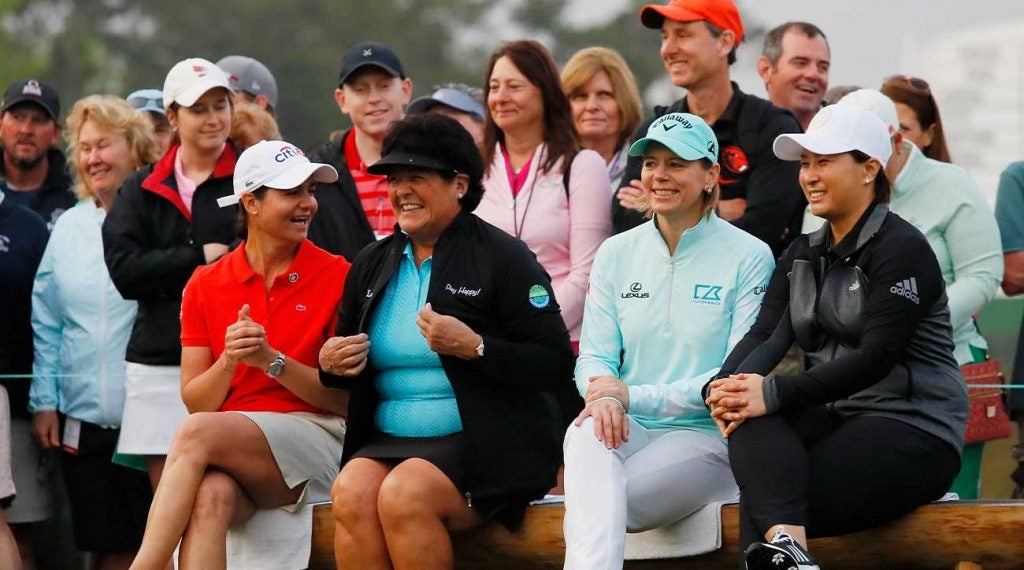 No one would ever mistake Augusta for the Old Course. What’s often lost, however, are their strong design ties. In creating what would become the home of the Masters, Wexler says, Jones and Mackenzie drew inspiration from the home of golf, as evidenced by at least seven original greens that favored a links-style bump-and-run approach. One of them was on the par-4 7th, which, hard as it is to fathom given its current form, was patterned after the 18th at St. Andrews. At its inception, the hole now nicknamed “Pampas” played as a bunkerless, drive-and-chip two-shotter, with a green fronted, Wexler notes, by a “Valley of Sin-like depression.” Not long into its life, the hole was reconfigured, with the green pushed farther back and bunkers added front and back. In recent years, the hole has been stretched and tightened to the point that detecting its resemblance to the 18th at St. Andrews requires hallucinogens. Or a closer look at the Women’s Am. For the event, with competitors playing from the forward tees, the 7th measured 330 yards. The tee shot, while still tight, also brought the valley back into the picture and another strategic dimension into play. Kupcho’s main concern was finding the narrow fairway, so she played a hybrid, which also happened to ensure that she’d have zero chance of a big drive rolling out into an awkward, tilted lie. It’s a minor point, but for history buffs it was a cool revival, an echo of the old amid the new.

Hate to break it to you, Paige Mackenzie says, but when she was growing up, girls like her didn’t regard Augusta as nirvana. “The tournament was on TV every April, but I didn’t have the same connection to it that boys did,” she says. Kupcho’s Masters memories were pretty much the same. “My family watched it,” she says, “but I was playing so much golf myself, I didn’t give it a lot of thought.” The upside was that when she got to compete at Augusta, her distant relationship to the course was freeing. Amen Corner? Sure, a tricky stretch, but not the frightening passage that gives the guys cold sweats. “I knew those three holes are a big deal for people, and I can’t say I was thrilled going into them,” she says. “But they didn’t have a mystique for me.” For the next generation of women golfers, that may change. The amateur changed the narrative, Mackenzie says, a point that hit home for her as she watched Kupcho and Fassi approach the 12th green. “The site of ponytails and skirts making their way over the Hogan Bridge was the visual that said, ‘Little girls can now grow up dreaming of playing Augusta,’ ” she says. “It still gives me goose bumps.” 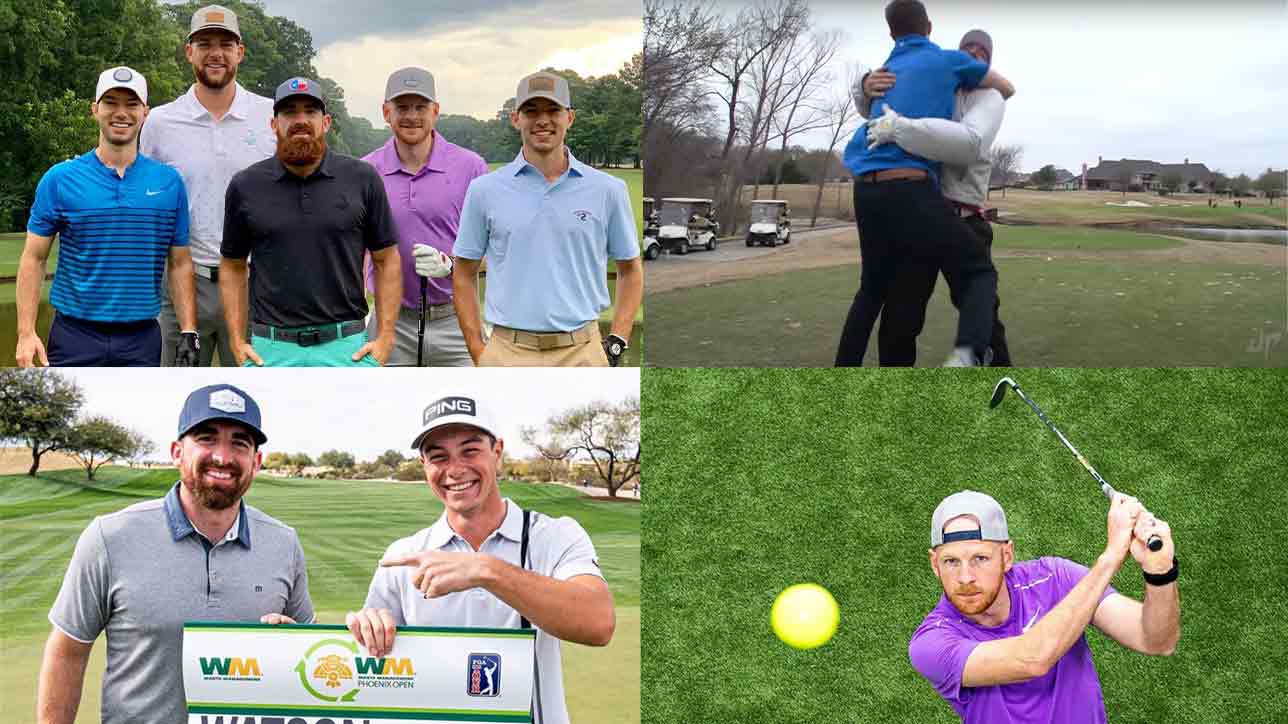