These are the conditions necessary to resume PGA Tour play, according to Dr. Fauci 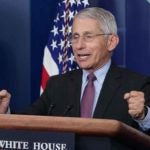 “If you can’t guarantee safety, then unfortunately you’re going to have to bite the bullet and say, ‘We may have to go without this sport for this season,'" said Dr. Anthony Fauci.

If the PGA Tour is to resume play in June from its coronavirus hiatus, commissioner Jay Monahan said in mid-April, the Tour is “going to need to be able to test players, caddies and other constituents.” If the Tour can’t test, it won’t play.

Dr. Anthony Fauci agrees. On both.

“Safety, for the players and for the fans, trumps everything,” the leading public health expert on President Donald Trump’s coronavirus task force told the New York Times this week. “If you can’t guarantee safety, then unfortunately you’re going to have to bite the bullet and say, ‘We may have to go without this sport for this season.’”

In mid-March, the Tour suspended play after the first round of the Players Championship, then announced a month later that it would return on June 11 in Fort Worth, Texas. When asked by the Times when and how sports can return, Fauci said that it has to be done “gradually and carefully.”

“What we need to do is get it, as a country and as individual locations, under control,” said Fauci, the director of the National Institute of Allergy and Infectious Diseases since 1984. “That sometimes takes longer than you would like, and if we let our desire to prematurely get back to normal, we can only get ourselves right back in the same hole we were in a few weeks ago.”

While the Tour has not released its testing plan, the Guardian has reported that the Tour could require the use of a million tests to complete the season.

“Then you’ll know whether or not someone is infected and have to get them out for a while, 14 days or whatever it is until they pass the incubation period,” Fauci said.

The Tour has also said it would play its first four tournaments without fans; players, at least at the Fort Worth tournament, would stay in one or two hotels; and there would be social-distancing guidelines during play, including putting with the flagstick in, playing without rakes in bunkers and players pulling their own clubs to minimize contact with caddies. When asked by the Times how players can maintain distance, Fauci said “you’ve got to be really creative.”

“I’m not saying this is the way to go, but you want to at least consider having players, if they’re going to play, play in front of a TV camera without people in the audience,” Fauci said. “And then test all the players and make sure they’re negative and keep them in a place where they don’t have contact with anybody on the outside who you don’t know whether they’re positive or negative.

“That’s going to be logistically difficult, but there’s at least the possibility of doing that. In other words, we said that for baseball, get the players in Major League Baseball, get a couple of cities and a couple of hotels, get them tested and keep them segregated. I know it’s going to be difficult for them not to be out in society, but that may be the price you pay if you want to play ball.”

All of it will not be easy, Fauci said.

“We may not be able to pull this off,” Fauci told the Times “We’re going to have to see: Is it doable? Do we have the capability of doing it safely.”