Tommy Fleetwood snaps wild streak (and 3 other stories you missed!) 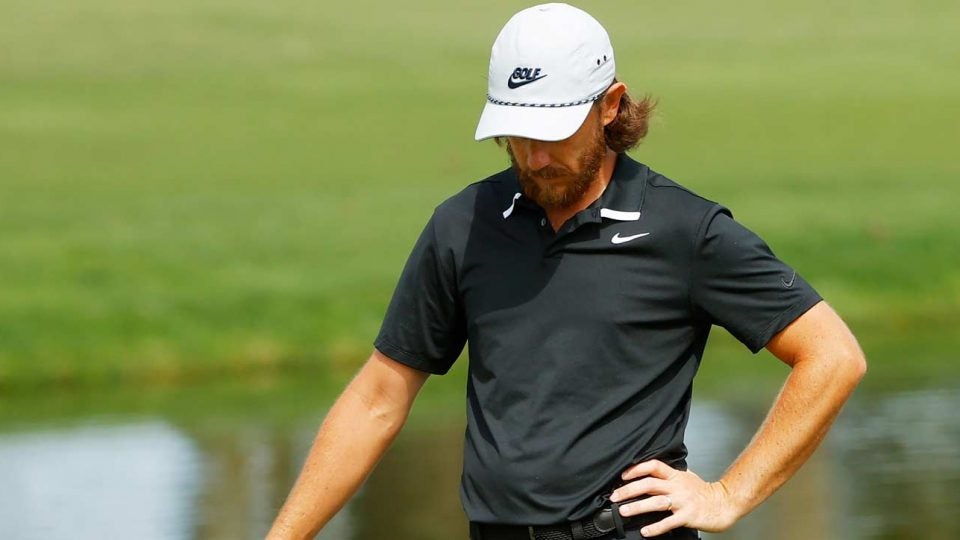 While Tyrrell Hatton was battling to be the last man surviving at Bay Hill, there was plenty of drama playing out elsewhere across the golf world. That’s where we come in! Here are three stories you might’ve missed last week.

A noteworthy streak comes to an end

A week after a heartbreaking end at the Honda Classic, Tommy Fleetwood experienced a different type of disappointment at Bay Hill.

Following two consecutive rounds of 76, the Englishman missed the cut at the Arnold Palmer Invitational, snapping a streak of 48 worldwide starts in which he survived the cut line — including 33 on the PGA Tour.

“Just a bad week, really. It was going to happen eventually,” Fleetwood told Golf Channel on Friday. “I was just poor on most fronts this week. It’s disappointing. ”

With Fleetwood’s trunk slamming on Orlando this week, the new current cuts-made leader is ultra-talented 23-year-old Collin Morikawa at 21. He has yet to miss a cut on the PGA Tour in his young pro career.

Tommy Fleetwood (76-76) will miss his first cut worldwide since the 2018 French Open.

The longest active cuts made streak on the PGA Tour now belongs to Collin Morikawa at 20 in a row – he's -2 and about to start this 2nd round at Bay Hill.

And though Fleetwood’s nearly two-year run of making cuts is impressive, it falls well short of Tiger Woods’ 142 consecutive cuts made over a seven-year stretch from 1998 to 2005. One of the most unbreakable records in the game is guaranteed to stand for at least a few more years.

Ernie Els has accomplished plenty in his golf career. Between 19 PGA Tour victories, captaining a Presidents Cup team and winning four major championships, there are few mountains the Big Easy has not climbed in the sport. But Sunday, he notched a career first – a win on the Champions Tour.

In just his third career Champions Tour start, the 50-year-old earned a two-stroke victory Sunday at the Hoag Classic over the trio of Fred Couples, Robert Karlsson and Glen Day. Els birdied three of his final seven holes coming down the stretch – including No. 18 – on his way to capturing the title in Newport Beach, Calif.

It only took @TheBig_Easy 3️⃣ starts to pick up his first trophy. 🏆 pic.twitter.com/xgNrU4TczI 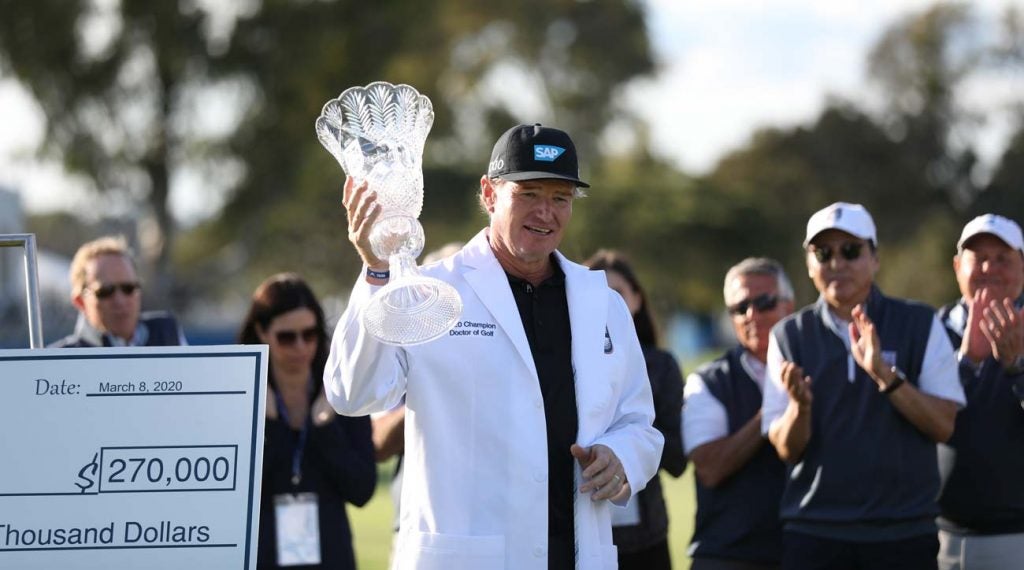 Hoag Classic has a flaming start

The Hoag Classic got off to a bit of an unorthodox start on Tuesday when a wildfire shortened the open qualifier at Goose Creek Golf Club in Mira Loma, Calif. The blaze forced the evacuation of the course after play was suspended with players on the course.

Because of the the fire and evacuation orders, play could not be resumed and qualifiers were decided via a scorecard playoff – normally unheard of for high-level professional golf.

“I’ve played professional golf for almost 30 years and I’ve never experienced anything like that in my life,” said Cliff Kresge, who wound up advancing through the truncated qualifier.

"It was one of the most unbelievable things I've ever seen."@cliffkresge on the fire (Tuesday) that reduced the qualifier to nine holes. pic.twitter.com/wH3h8jhAfO

The week turned out to be fruitful for another one of the open qualifiers, David Morland IV, who finished T7. That earns him a spot in next week’s Rapiscan Systems Classic, where he’ll hope to keep the good times rolling. Mordland IV opened the week with a scorching round of 61 before cooling off over the last 36 holes, but the week was still a success for the 50-year-old making just his third career Champions Tour start.

There will soon be an alternative path to Korn Ferry Tour status that does not involve Q school. According to a report from Golf Channel, the PGA Tour policy board voted to pass a measure for a new program called PGA Tour University which would grant status to the top five players from a collegiate ranking system.

The program will offer accomplished amateurs a new path to the Korn Ferry Tour – and with it, a shot at the PGA Tour – without having to wait until the fall to try their hand at Q school.

The best men in #NCAAGolf are about to have a new path to the pro ranks.

The PGA Tour did not respond when contacted for comment.

Players outside the top five in the collegiate ranking system will also have the opportunity to gain status on the other development tours owned by the PGA Tour, including the Mackenzie Tour, PGA Tour Latinoamérica and PGA Tour-Series China.

The policy board approved the measure last fall and the program is scheduled to begin in the summer of 2021.