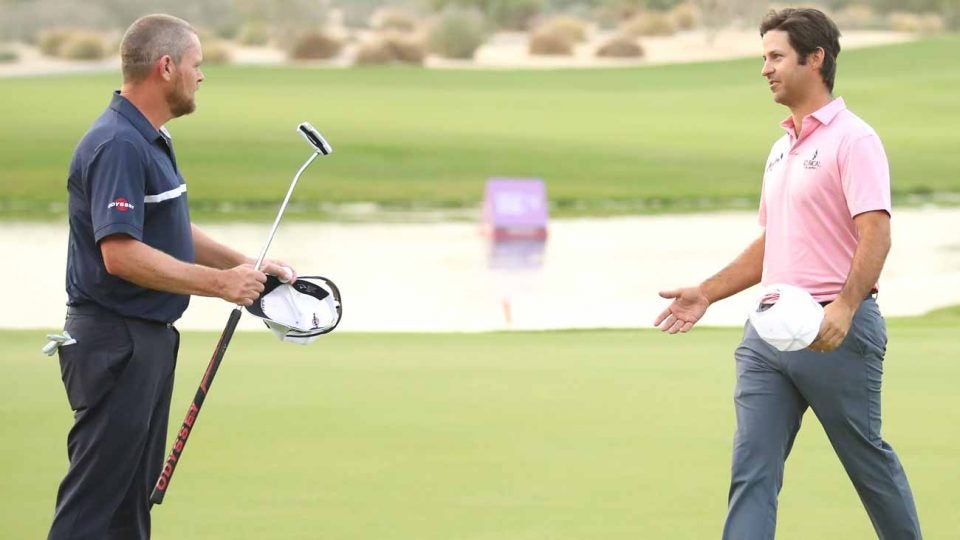 Standing on the 17th tee on Sunday at the Qatar Masters, Drysdale was two shots back of final-group playing partner Jorge Campillo. Drysdale’s chance at his first victory in 498 starts was fleeting.

Then, Campillo knocked his tee shot as far right as it went straight.  He took a 6. Drysdale took a 4. The duo went to the 18th tied. What followed was Drysdale’s descent.

Golf of the highest quality in the playoff as both players birdie the 18th - twice!#QatarMasters pic.twitter.com/MwuqOHu3kH

A missed birdie putt on 18 for the victory. He tried. Oh, he tried, lifting his leg up as the ball agonizingly rolled past. He shrugged his shoulders as he picked his ball from the cup after his tap-in par. His wife, Vicky, also his caddie, gave him a sympathetic look. At least he had the playoff.

First playoff hole. Campillo drops a 20-foot-plus birdie. Drysdale, about 10 feet closer, nods his head and smiles before matching the 3.

Second playoff hole. Back to 18. Copy and paste, except Drysdale is even closer to the hole on his approach. Interestingly, the 18th had yielded only six birdies all day before the playoff. Drysdale and Campillo had just made four.

Campillo finally had the answer on the fifth playoff hole, making yet another long birdie putt, while Drysdale could not will another in.

“It was a tough win, but I was glad I was able to pull it off,” Campillo said on the European Tour’s website.

Drysdale shook hands afterward. He walked off the green with Vicky. He’ll tee up 499 soon. He knows no other way.

“I’ve had some close calls,” he told the Bunkered website last year. “So much of it is luck, too. I’ve had a couple of freak things happen to me, like guys holing 60-footers down the stretch and so on. You can feel like you’re a bit hard done to, but, ultimately, you’ve just got to keep giving yourself the chance.” 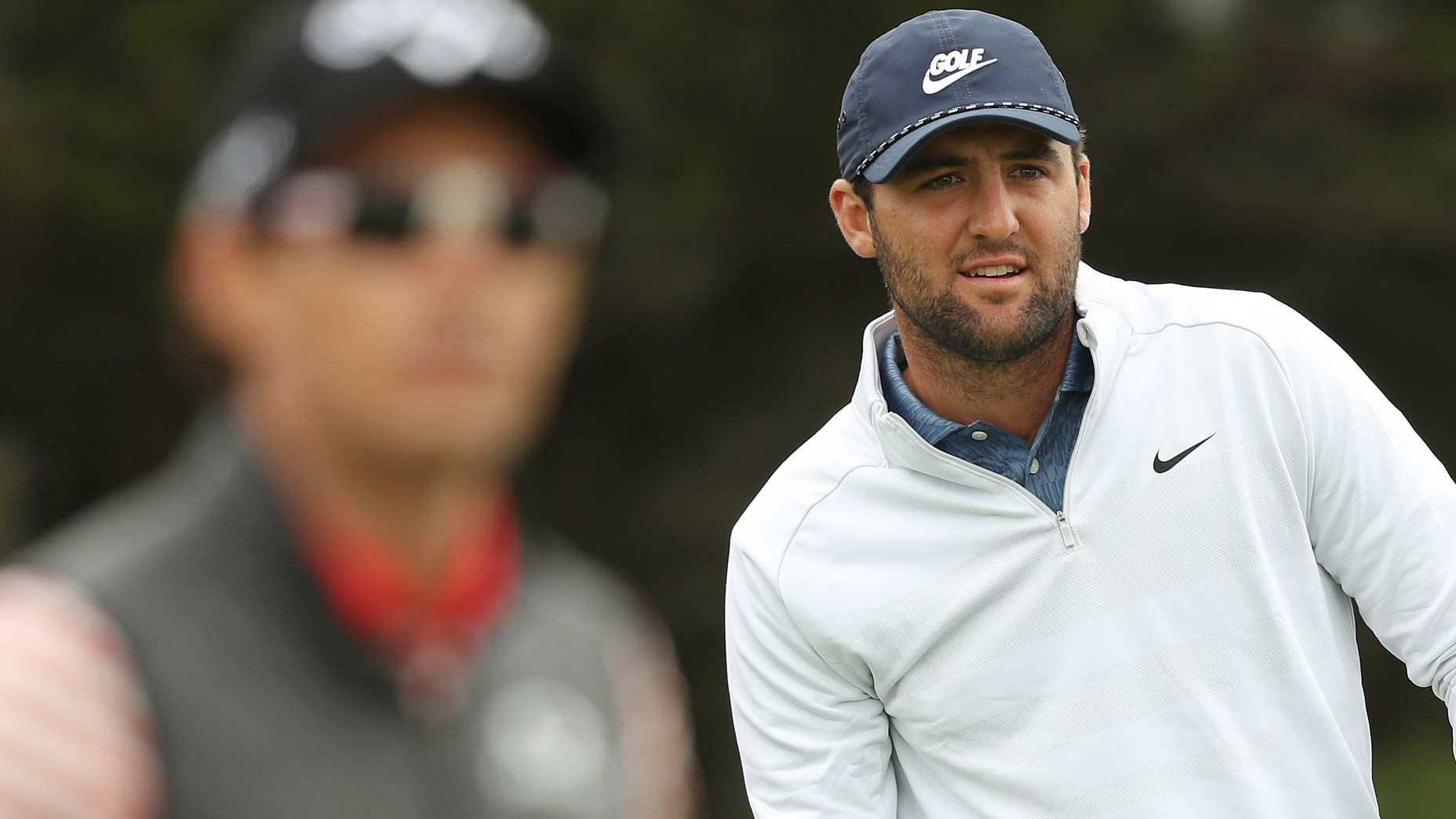 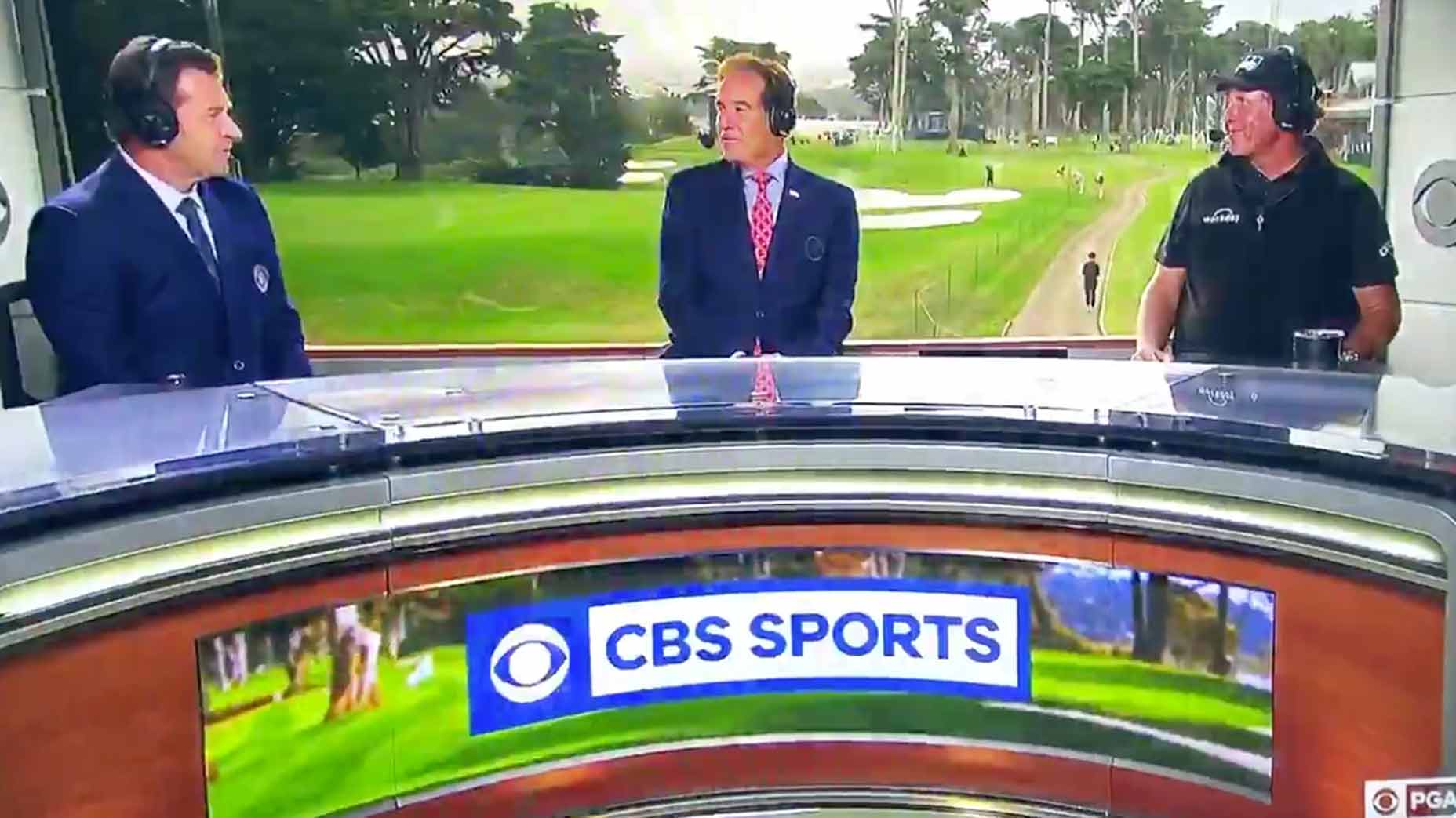 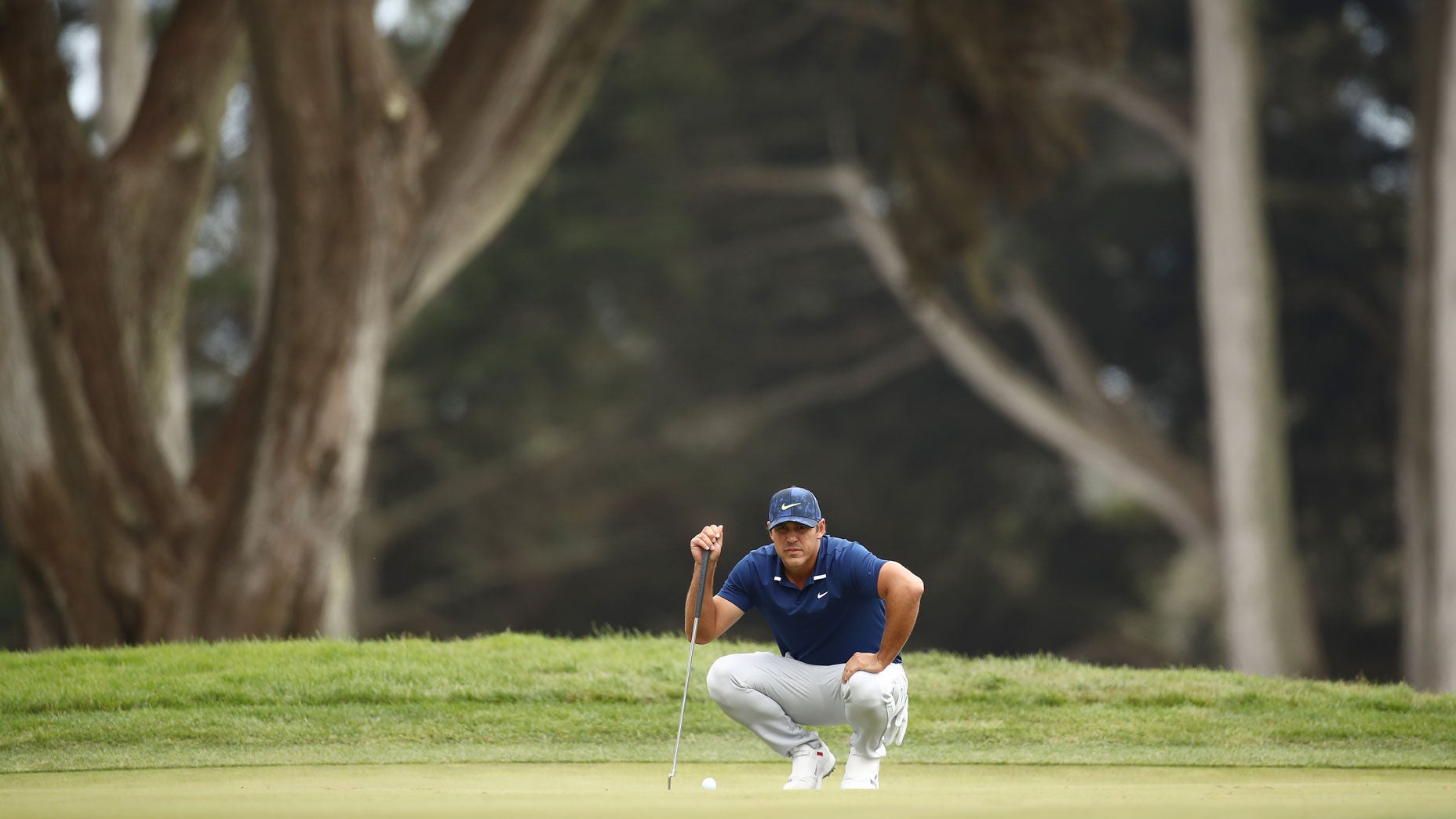 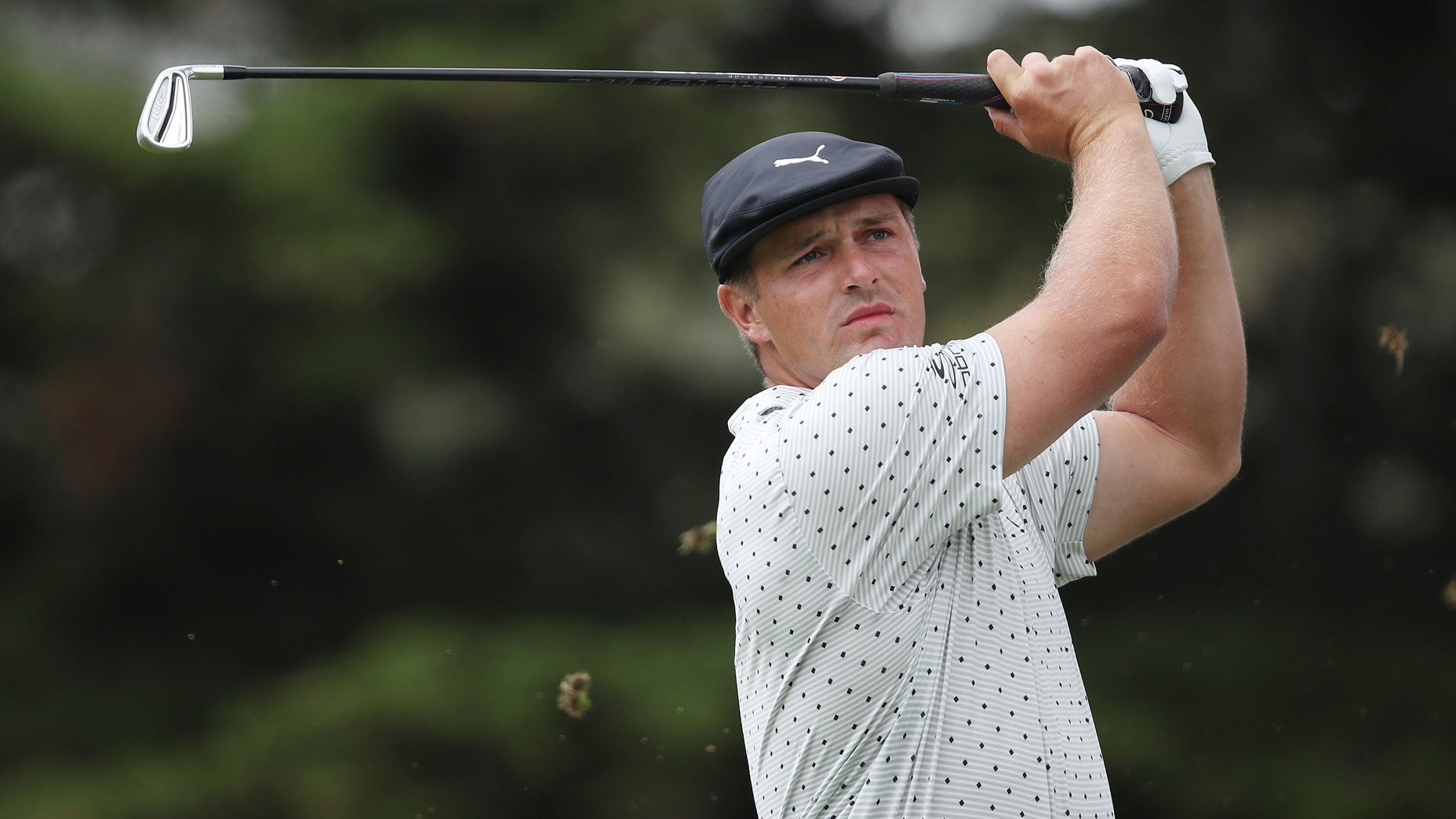 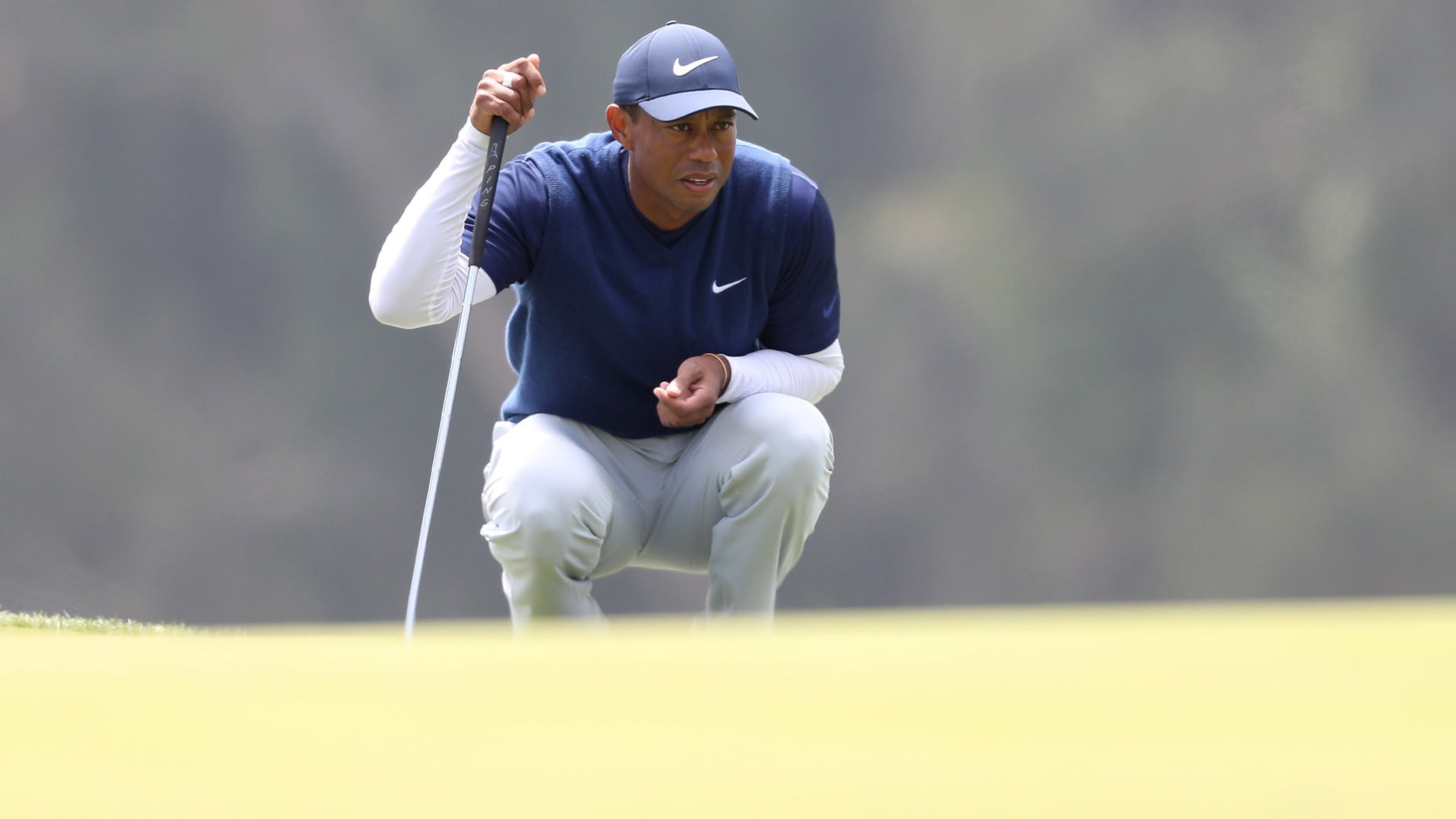