Erin Walker watched firsthand as Lyme disease ruined her husband Jimmy’s 2017 PGA Tour season and spent the year raising awareness so that more people could get tested and properly diagnosed.

Her announcement on her blog Wednesday revealed a particularly unfortunate coincidence: After experiencing months of symptoms, she too has been diagnosed with Lyme disease and has begun treatment.

As Jimmy battled the effects of the illness and tried to find an effective cure, Erin did more research and realized that Lyme’s danger lies in its mystery. The disease, she learned, can be difficult to diagnose, particularly in southern or western parts of the U.S. where ticks are less common, and its range of treatments can be controversial.

“We were never trying to garner any sympathy, but it’s a real issue and we want people to be aware,” she said in a telephone interview. “I also wanted the people who thought Jimmy was not that sick last year to know that look, this is serious and Jimmy was really sick for a while.”

Neither Walker knows how they contracted the illness, which the CDC says is non-transmittable human-to-human. Jimmy first felt symptoms in the wake of a November 2016 hunting trip. Erin thinks she may have caught it walking on a golf course — courses are hotspots for ticks, which often live in moist areas, particularly where grasses border woods. But neither Jimmy nor Erin ever noticed a tick or the bulls-eye rash that follows a tick bite, which is the most famous signal of Lyme.

When Jimmy arrived in Australia in December 2016 to play the World Cup of Golf, he felt as though he’d come down with the flu: heavy fatigue, aches and pains. The symptoms continued over the coming weeks; he suffered from headaches, his skin was sensitive to the touch, and he grew short-tempered.

“I started to find it extremely odd that my generally healthy husband was getting the ‘flu’ every other week,” Erin wrote.

For months, Jimmy would come in and out of what he would later call the “Lyme feeling,” with bad days following good days. He lacked the energy to play with the kids or help around the house, his brain felt foggy, and his mood declined to the point of depression. “We still aren’t sure if the Lyme caused the depression and mood issues, or if it was the fact that he felt awful all of the time,” Erin wrote.

After the symptoms persisted for a few months, the Walkers decided it was time to get blood work done. In Texas, Lyme is rare enough that doctors can be reluctant to test for it. The first positive that came back was for mononucleosis, but on the Wednesday of Masters week, Jimmy heard from his doctor. He had Lyme disease.

One of the reasons Lyme is so dangerous is that it triggers other autoimmune problems, and further blood work revealed that Jimmy also tested positive for pneumonia, West Nile Virus and a virus common to children called CMV. After considering a wide range of treatment options, none of them guarantees, the Walkers chose to proceed with doxycycline therapy — although they chose to double the dosage and length of treatment recommended by the CDC.

A particularly relevant effect of doxycycline is extreme sun sensitivity, and when Jimmy’s skin blistered during the week of the Players Championship the Walkers decided it was time to shut down his golf until they had a better plan.

Despite continuing the antibiotic treatments and taking several supplements to boost his immune system (“roughly 40 pills a day”), Jimmy still had flare-ups more than two months later. “You can see it when it hits him,” Erin said of the symptoms. “His whole face and his body language; everything changes.” 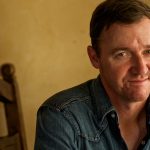 You may also like The GOLF Interview: Jimmy Walker on how winning last year’s PGA only stoked his competitive fire
The defending PGA champion tried to play through it, but his poor health meant he wasn’t sharp in tournament play. Even getting out of bed to get to the course could be a struggle. Walker hasn’t recorded a top-10 finish since January and has slipped to No. 66 in the world. But after meeting with two Lyme specialists and making a fresh plan, he’s feeling optimistic.

Jimmy began a new treatment plan for that included “pulsed” tetracycline therapy, which means two weeks on, two weeks off until the symptoms subside. It seems to be working.

“I knew something was wrong because I was pretty tired for several months, and then when Jimmy and I started working out again this fall, I felt like I was the one dragging,” she said in the interview.

“I began having this bad vertigo; a wave would come over me walking the golf course, like I was going to fall over,” she said. “I’m not normally one to have headaches, and I started having these flash headaches.”

At first, Erin wondered if it was somehow in her head — she’d spent so much time thinking about Jimmy’s symptoms, had she talked herself into them as well?

Erin has begun the recommended 30-day doxycycline regiment and despite feeling some dizziness, hopes that the treatment is working. When caught early, Lyme disease can usually be treated effectively in just one cycle of antibiotics. But late diagnosis can have longer-term consequences.

Erin is a competitive horseback rider, competing in several showjumping events every year. She hopes that her illness doesn’t throw a wrench in those plans, but knows she’ll need to be cautious given the fatigue of Lyme and the dizziness brought on by the doxycycline.

“It’s a lot like golf in that you need to be mentally and physically sharp to do well,” she said. “But compared to golf, jumping has a lot more dangerous components to it. If I screw up, I can get pretty hurt.”

“My doctor doesn’t necessarily agree with it, but I’m going to still try and go ride. Some days it may not be the best idea for me to jump, though, so I’m going to see how I feel.”

Jimmy will return to competition later this month and plans to continue his current treatment until the symptoms stop (and still go through one more cycle after that). Erin will reevaluate after her first 30 days of treatment, and she’ll continue to push for more awareness and testing. Erin advises anyone who thinks they may have the disease to see a specialist. “Some doctors don’t know what to do about it so they don’t even want to test for it,” she said. “They just try to bury their heads in the sand.”