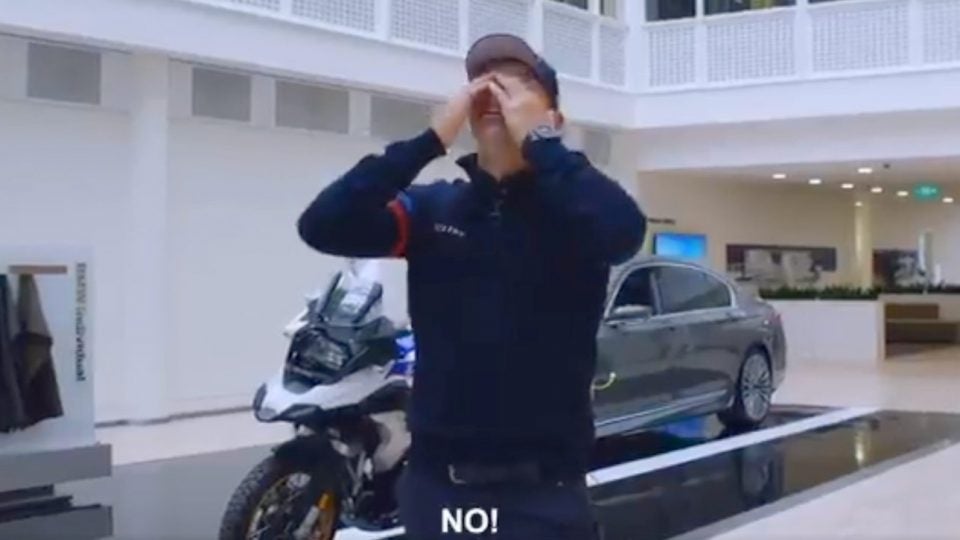 The European Tour has been pumping out genuinely hilarious golf videos starring their pro golfers for years. But the Tour’s social team have truly outdone themselves with their latest pranking masterpiece. Not surprisingly, Tour funnyman Eddie Pepperell is very much involved.

For his latest comedic performance, Pepperell decided to have some fun with his friend and fellow English Tour pro Matt Wallace. But a normal prank wouldn’t do. Instead, Pepperell devised an elaborate fake media day to torture Wallace. And he filmed the whole experience.

News
Eddie Pepperell on morning 67: ‘I was a little hungover, I won’t lie’

The set-up: Wallace, the 2018 BMW International Open champion, was convinced he had to do a full day of promotion for the 2019 BMW event, including a voice over recording session and a BMW photo shoot.

The catch: Every person he came in contact with was in on the joke. Not only that, but they were all encouraged by Pepperell to give Wallace a hard time.

It begins with Wallace getting picked up late in the morning by a driver who deserves some kind of award for his appearance. Not only is he late, but he proceeds to pull faux pas after faux pas all day long, clearly getting on Wallace’s nerves from the get-go. Pepperell, meanwhile, sat in another car with a remote camera watching the events unfolded.

The driver first drops Wallace off for the voice over, where the director leads him through a painfully awkward recording session. It ends with Wallace agreeing to record one message in German, all while Pepperell laughs his head off in another room.

After that, it’s off to a photo shoot and interview at a BMW office. Wallace’s patience runs thin as the fake interviewer, who had Pepperell dictating lines through an ear piece, asks for selfie after selfie. Then, Wallace is accused of scratching an antique BMW sports car worth 2,000,000 pounds before being informed he might have to pay for it.

Just as Wallace is about to truly blow his top, Pepperell enters disguised in a white hazmat suit. As soon as Pepperell opens his mouth, Wallace realizes who it is and what has happened. After learning the truth, he puts his hands over his face and screams “No! Oh my god, you’ve done me!”

It was all in good fun, but Pepperell would still be smart to watch his back over the next few months, as Wallace closes out the video by talking directly into the camera, saying, “There’s revenge involved somewhere down the line.”