Eddie Pepperell on morning 67: ‘I was a little hungover, I won’t lie’ 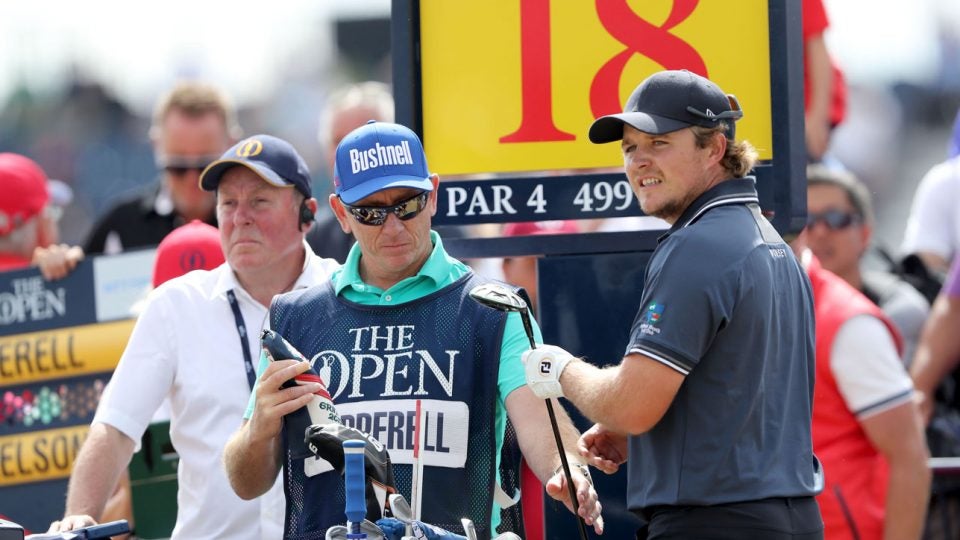 Eddie Pepperell had a stellar Sunday at the British Open after a huge morning charge; his four-under 67 rocketed him from 36th straight into contention. He also had a little too much to drink last night.

“I was a little hungover, I won’t lie,” the honest Brit said in his post-round presser. “I had too much to drink last night. And I was so frustrated yesterday, that today was really, I wouldn’t say a write-off, but I didn’t feel I was in the golf tournament. Whether I shot 69 or 73 today, it wouldn’t have been heartbreaking. But as it happens, I shot 67. So, you know, it’s a funny game.”

Pepperell’s spectacular day began eight shots off the lead, but he took advantage of the relatively calm early conditions, notching birdies at 3, 5 and 6. He added another at No. 14 and then poured a final birdie putt at the 17th, closing his round in style just as the wind began to pick up.

Eddie Pepperell credited his strong finish to playing golf that “wasn’t shy,” suggesting that a good range session and a favorable pairing with Phil Mickelson helped put him at ease.

That wasn’t the only entertaining quote from the 27-year-old, however. A few other insightful gems:

On his birdie putt at the last: “Desperately trying to hole it but desperately thinking, well, I could easily wipe this three foot past, and the last thing I want to do is leave myself a three-footer at Carnoustie in front of 10,000 people.”

On querying Phil about his rules incident at the U.S. Open: “Listen, I love Phil. Actually, what he did, I think I defended him on Twitter. I like things that happen slightly nonconformist, you could say, and I think Phil was that.”

Pepperell clarified that he felt okay this morning, but woke up in the middle of the night feeling poorly. “I didn’t really have that much to drink, just I’m a lightweight, yeah,” he said. Then it was time to sit back and watch as the leaders battled Carnoustie’s back nine.