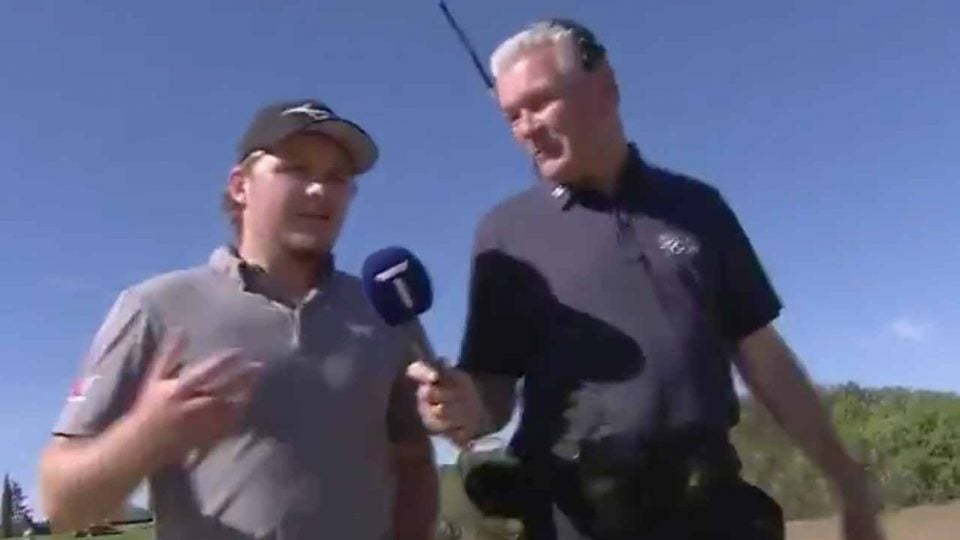 There’s a television show in the U.K. called “First Dates,” which is pretty much what it sounds like. Two strangers meet at a restaurant while Channel 4 cameras roll. If Eddie Pepperell has his way, that’s exactly where Martin Kaymer will end up after a second-round wager at this week’s Portugal Masters.

The European Tour’s TV crew checked in with Pepperell midway through his second round. “I’ll tell you what’s driving me on today. Me and Martin had a bet today,” Pepperell said, twinkle in his eye. “If I beat him today, then I have to apply for him to take part in the ‘First Dates’ celebrity show back home to try to find him his life partner. Because, you know, he needs one. So, that’s really what’s spurring me on.”

"If I beat Martin then he has to go on Celebrity @FirstDates and find his life partner."

Kaymer, 34, is a two-time major winner and former World No. 1. He’s struggled with his form the last two years, though he’s shown signs of brilliance of late including a T5 at last week’s French Open. As for the bet? It appeared to be all the motivation Pepperell needed — he fired a second-round five-under 66 that planted him near the 36-hole lead. Kaymer couldn’t keep pace, though he managed a one-under 70. Pepperell hopped on the phone directly after the round to start arranging things.

@fredsirieix1 are you going to sort the boys out ?

The best part of this story is undoubtedly the opportunity it gives us to resurface Kaymer’s interview with kids from last November, where he’s asked about his love life, his bank account and his arch enemy in far better ways that the seasoned vets of the Tour media ever could.