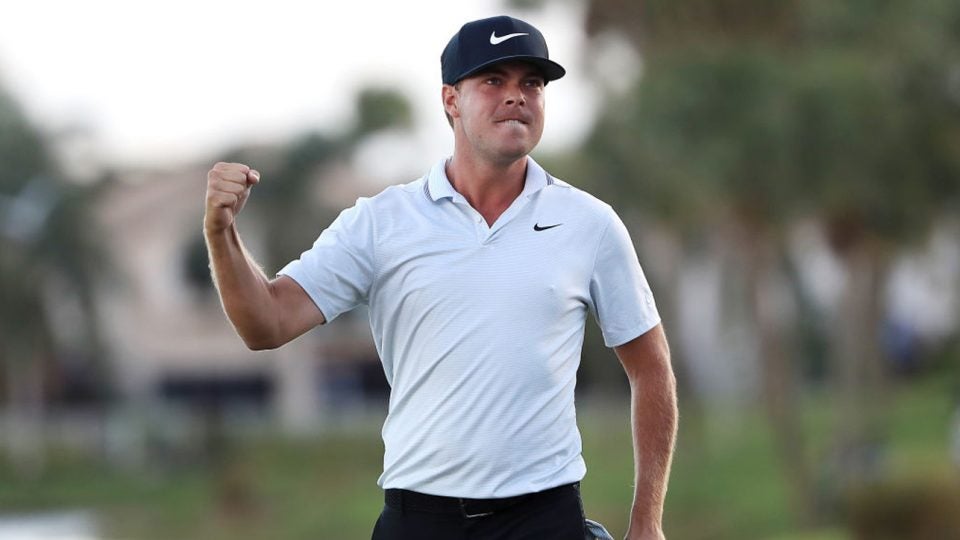 Before his win at the Honda Classic on Sunday, Keith Mitchell was an obscure name on the PGA Tour. His win at PGA National in Palm Beach Gardens was the first of his professional career in his second year on the Tour. Mitchell, 27, joined the Tour in 2018 after spending three years on the Web.com Tour and PGA Tour Latinoamerica, where he went winless from 2015-17.

Which might explain why NBC Sports broadcaster Dan Hicks mixed up Keith Mitchell’s first name on the 72nd hole on Sunday.

As Mitchell walked down the 18th fairway with his first PGA Tour win on the line, Hicks accidentally referred to Keith Mitchell as Kevin. (Baseball fans will know Kevin Mitchell was the 1989 National League MVP.) Here’s how it sounded:

You can call me Kevin all you want. Just make the check out to Keith 😉 pic.twitter.com/Lcxh3xAGTO

As you can see from Mitchell’s tweet, he took the episode in stride, but Hicks’s goof underscores Mitchell’s relative anonymity.

Another slight did rub Mitchell the wrong way. After his win, Mitchell said that a friend of his sent him a story from a local newspaper with a headline that an unknown golfer was leading the Honda after Friday’s second round. He said the article motivated him.

After cooling making birdie on the 72nd hole to beat the likes Rickie Fowler and Brooks Koepka, KEITH Mitchell is no stranger on Tour now.