As coronavirus shutters much of sports world, recreational golfers play on (for now) 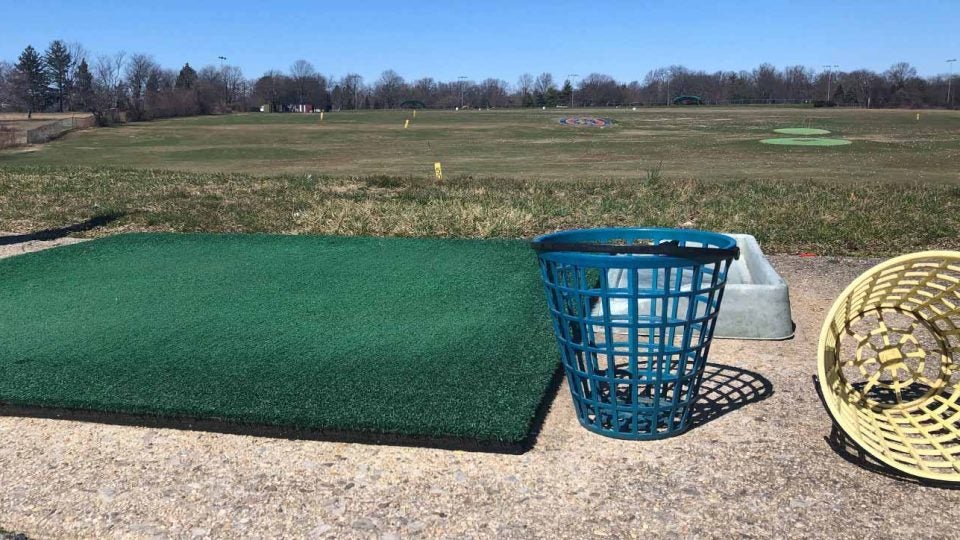 The range was packed at Eisenhower Park on Sunday as golfers continued to persist amidst an unprecedented public health situation.
James Colgan

WESTBURY, N.Y. — It was business as usual at Eisenhower Park Municipal Golf Course, in the heart of Long Island, on Sunday morning. Parking lots were jammed and tee sheets filled. Golfers clad in polos and quarter-zips whacked balls on the range. The practice green hummed with players toting gadgets and gizmos. By the 1st tee, men and women formed foursomes.

Three days after the PGA Tour canceled events through the middle of April and Augusta National postponed the Masters, recreational golfers flocked to this county-operated course in droves, eager for a shake at early-season New York golf.

The place was crowded, even by Eisenhower’s standards, to the tune of some 32 foursomes per hour. Several hundred golfers teed off Sunday — attorneys, human resource specialists, high school students — and several hundred more spent part of their morning or afternoon on the driving range across the street.

Over a six-foot fence on the back nine of one of Eisenhower’s three courses is East Meadow High School. The grounds were quiet as golfers flowed through Sunday, and they will remain that way. All schools in the county are closed for at least two weeks, and likely longer. Nassau University Medical Center is visible in the distance, one of the area’s many hospitals on the front lines of an invisible war. Some 25 miles east, New York City has shuttered its schools, restaurants and bars.

But the golfers play on. Not so much unaffected as they are incorrigible.

“Was I concerned about coming out here? No, not at all,” said Bob Kovalsky, a recruiter from the neighboring town of Merrick. “It’s outdoors. You’re not really not on top of people. With all (the CDC says) about taking precautions, I don’t think that there’s any significant risk out here.”

Tournaments
Why golf should call off the four majors, and host a single unifying event instead

“I think people feel safe here, they’re isolated,” said Bob Posillico, the head pro at Eisenhower. “Once you go into your stall you’re by yourself, there’s no one there.”

Course officials said they’re taking measures to keep the area safe. A large dispenser of Purell sits prominently in the pro shop, awaiting golfers who pay for their tee times. The doors to most of the golf facilities are dead-bolted open, requiring only a bump with one’s shoulder or elbow to step through. Bright-colored containers of Clorox wipes are strewn across the cart barn. Every cart is wiped down upon return.

“I almost wonder if it might not help us, because there’s no other game in town,” Posillico said.

🇬🇧British Open: US-UK travel ban in effect, country within 'epicenter' of the virus

There’s confusion over whether to feel elation or concern at the prospect of golf as one of the sports world’s last hopes. On one hand, it’s a largely safe outdoor activity in a time when there aren’t many other choices. On the other, it highlights just how much is gone in the wake of the worldwide shutdown.

But the concerning reality is that we could soon lose golf, too. Multiple Eisenhower employees expressed concern that Nassau County, which owns and operates the course, could close in an effort to keep employees and players safe.

In cities like Boston, Milwaukee and Austin, public courses have already been shuttered until the end of the month as part of the quarantine. On Monday, President Trump called for public gatherings to be limited to 10 people, while the San Francisco Bay Area (which is supposed to host this May’s PGA Championship) imposed a “shelter in place” order for its citizens.

These are uneasy times. But for the golfers who braved Eisenhower Park on Sunday, there was resolve.

“I just hope the weather holds up,” Kovalsky said. “When you come out to play, things haven’t changed. My standpoint is as long as the weather’s good, let’s go.”