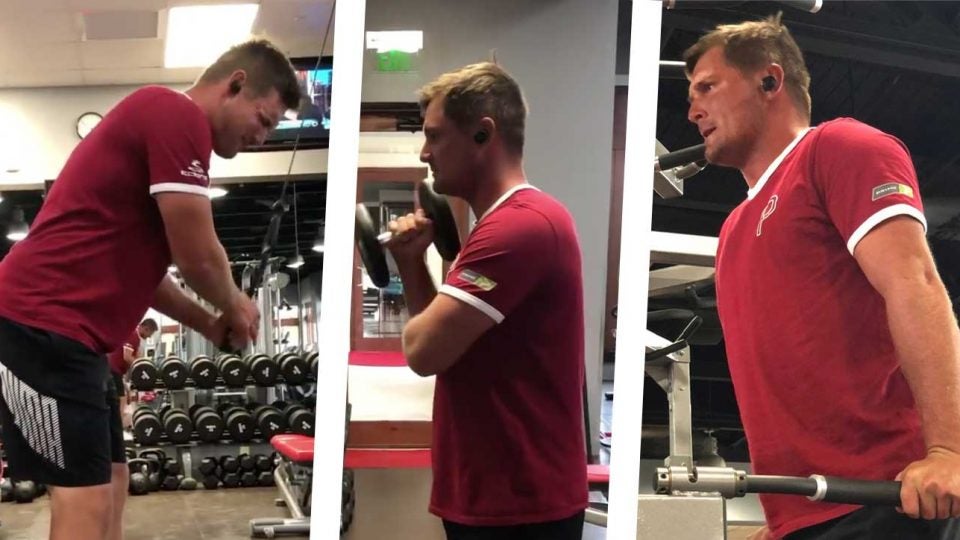 Bryson DeChambeau is apparently living up to his promise to get bigger.
Instagram.com/brysondechambeau

You may have heard — Bryson DeChambeau is bulking up. The 26-year-old pro is on a mission to put on weight and muscle this offseason, and if his recent Instagram post is any indication, he’s well on his way to reaching that goal.

DeChambeau started his quest at 195 pounds, and apparently he is already up to 220. A 25-pound gain in a matter of weeks is incredibly substantial. Remember, DeChambeau made his original claim earlier this month after the Shriners Hospitals for Children Open.

“I’m going to come back next year and look like a different person,” he said. “You’re going to see some pretty big changes in my body, which is going to be a good thing. Going to be hitting it a lot further.”

So far, so good. DeChambeau revealed that his ultimate goal is to reach 230 pounds. He’s putting in his work at Albany in the Bahamas, where he typically spends his time in the offseason.

As for the workouts he’s doing, DeChambeau is continuing work he’s done with Greg Roskopf, whose system focuses on making people stronger where they are weak, particularly at extraneous points in their muscular system. In other words, there are likely points in the golf swing — in various golf movements — where DeChambeau isn’t as strong as he could be, hence the more work and weight. If he has already ascended to 220 in a matter of weeks, 230 should follow soon. Stay tuned.