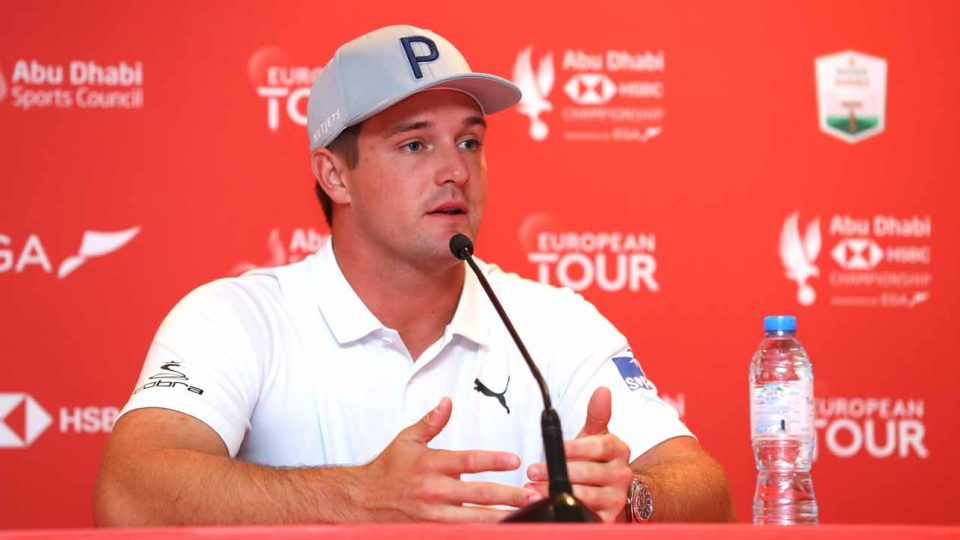 Both major men’s golf tours have taken recent steps to attack the slow play epidemic within their ranks. That’s just fine with Bryson DeChambeau, who temporarily became the face of slow play after a few high-profile incidents in 2019. The way he sees it, he never had a slow-play problem in the first place, and all the racket last year was much ado about nothing.

For some background, the PGA Tour announced an updated Pace-of-Play Policy on Tuesday, following in the footsteps of the European Tour, which announced updated slow play regulations last summer, and made them even more severe for 2020. For both tours, it’s a positive step in the right direction and a genuine sign that they are taking the problem seriously.

DeChambeau is overseas this week to play the European Tour’s Abu Dhabi HSBC Championship. While he spends most of his time on the U.S. circuit, he’ll have to contend with the new Euro Pace of Play regulations first, also known as the four-part plan. But the most significant change, assessing a penalty after a player receives two bad times, matches the PGA Tour’s new regulations.

At his press conference in Abu Dhabi on Tuesday, DeChambeau said he “welcomes” the stricter regulations.

“Look, I don’t want to be out there for six hours, nor does anybody, right. And there’s numerous times out there, more than not, I’m waiting,” he explained. “It’s going to hurt my momentum. Every time it happens, I feel like I get cold.”

Similarly, Dechambeau added that he doesn’t want to cause those problems for other players, saying, “I don’t want that to happen to people behind me or in front of me.”

But DeChambeau spent most of the time defending his actions from the previous season, particularly the controversy at the Northern Trust where he was caught on camera taking what many thought was a painfully long time to hit a chip and a putt during the second round.

In DeChambeau’s eyes, he was playing within the Pace-of-Play rules the entire time, and the controversy was completely unwarranted.

“I was playing under the rules and there was no rhyme or reason to be called out,” he said, “other than the fact that it looked like it was a really, really long time that it took, and it was, absolutely. I’m not saying it wasn’t.”

He then argued that what he did was no different than what all other PGA Tour golfers do on a regular basis, and he was unfairly targeted. The difference is that he was caught on camera.

“There’s no reason why I should have been given so much heat, considering other things that had occurred that day and previous days of other people that I played with … it happens literally with everybody out there. They just caught it on camera at that specific moment in time,” DeChambeau said. “To be called out like that was kind of weird, but it is what it is and I take it and I understand it.”

News
The PGA Tour is changing its Pace of Play Policy. Here’s everything you need to know

Though it’s often said that it’s impossible to fix something without acknowledging there is a problem, DeChambeau genuinely doesn’t think he has issues with his pace of play. And even if he did last year, he’s confident those problems will be solved this year, not because he’s strategized to play more quickly, but because he’s improved a particular part of his game.

“Considering how far I’m hitting I don’t think that will be an issue anymore.”

He’ll get his first chance to prove himself on Thursday, and he can be sure the whole golf world will be paying extra close attention to his pace.