The PGA Tour is changing its Pace of Play Policy. Here’s everything you need to know 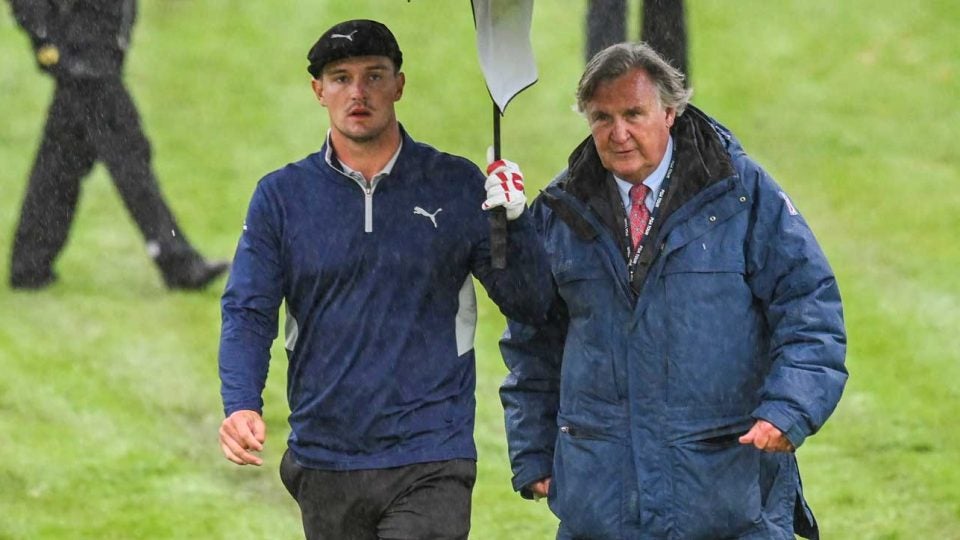 The PGA Tour's new Pace of Play policy is scheduled to be implemented in mid-April.
Getty Images

Pace of Play on the PGA Tour (and professional golf at large) has been a hot-button topic for years, and the PGA Tour is set to do something about it in 2020. The Tour will institute a revamped pace of play policy at the RBC Heritage, the week after the Masters. Players received the updated policy last week and the next three months will be a “player education” and trial period. Here’s everything you need to know about the new policy.

The name is essentially a euphemism for The Slow List, and but this new group of names will include all players on Tour who, over a 10-tournament rolling period, take 45 seconds or longer to hit a shot when it is their turn. Why 45 seconds? According to 14 million shots worth of ShotLink data, the slowest 10% of players on the PGA Tour average 45 seconds or more to make their next stroke, regardless of where that stroke takes place.

What will be fascinating is if players on the List play their way off the list by developing a habit of faster play, or purposefully playing faster to avoid the penalties associated with the List. Players on the list who do not display improvement over time are “subject to major penalty” under the Tour’s disciplinary rules.

What happens to those on the list? Players on this list (approximately 20-25 players) will be notified prior to tournament play, and must make strokes within 60 seconds for every shot throughout that tournament. If they are observed failing to do so, they will be timed individually by a rules official.

Similar to when groups are deemed out of position, players are then given 40 seconds to make a shot while they are being timed, with 10 more seconds for those playing a shot first. An ensuing “bad time” will produce a warning, and any following bad times will result in a one-stroke penalty. So yes, that means players who are on the list are more likely to receive a warning and a penalty, but the same application will be used for players in groups that are deemed “out of position,” even if said players are not on the Observation List.

According to PGA Tour Chief of Operations Tyler Dennis, the Tour’s previous policy was focused on multiple bad times per round. “That has not happened very frequently,” Dennis said. New policy acts on a per tournament basis, with the List being updated each week. If Tiger Woods is on the List during the Genesis Invitational and has a bad time during his first round, his next bad time during that tournament will earn him a one-stroke penalty.

Remember when Bryson DeChambeau took more than two minutes to hit an 8-foot birdie putt at the Northern Trust in August?

This moment felt like a tipping point for the social conversation around pace of play. It led to many things, like multiple conversations on the topic between DeChambeau and noted fast-player Brooks Koepka. Under the new policy, DeChambeau would have earned an Excessive Shot Time.

“We looked back at all the moments in recent history where you see players taking a long time and it’s disturbing to various constituents,” Dennis said. “That’s another number that, over time, as this becomes more a part of the psyche of the Tour, maybe we’ll change it.”

There is no direct stroke penalty for taking this long, though it could lead to one, but players who take longer than 120 seconds (two minutes) to play a shot without having a valid reason for doing so will be given a warning once in a season. The next time that happens would incur a $10,000 fine. Each subsequent EST that season earns an additional $20,000 fine.

Timing is kept by officials on-site

While ShotLink data has been used throughout the process of creating this policy, it will only be counted on as verification (if necessary) in the application of penalties. Timing and issuing of penalties will be done by officials on the course. In order to conduct timings, Dennis said each event is bound to have more officials on-site than previous years, but that number of officials is on a tournament-by-tournament basis.

Perhaps most important about officials timing is that once timing players, if there is no bad time recorded within two holes, timing will cease.

The PGA Tour has decided, in agreement with the Player Advisory Council, to keep the names of players on the List private. Through deduction of actions, players, media and spectators might be able to tell who is on the list once a penalty is handed out, but fines for slow play will also not be publicized. So, we can only know who is on the Observation List if they earn two bad times, and thus a one-stroke penalty, and were not already part of a group that was out of position.

Under the revamped policy, slow play fines will hit players’ bank accounts harder than previous years. The aforementioned Excessive Shot Times are a new situation where fines are handed out, but bad times will also incur greater fines. The first bad time a player gets in a season will earn them a warning, with the second earning them a $50,000 fine, which, according to Dennis, is 10 times greater than past policy. Each bad time after that will earn them another $20,000 fine. In short, the stiff penalty exists so players who are warned once will not have to be warned again, unless they’re feeling pretty loose with 50 grand.

Additionally, simply being timed by officials is not a good thing for Tour pros. Over the course of a season, if a player is timed 10 times while out of position OR by being on the List, they will receive a $50,000 fine. Twenty such times will incur another $20,000 fine.

This system will be implemented for the Korn Ferry Tour as well. While the KFT will not be able to use as many officials as the premier golf tour in the world, the same time frame will be used.

While the PGA Tour does not run the majors, and co-sanctions the World Golf Championships, these events are bound to have similar (but potentially different) systems in place to govern pace of play.