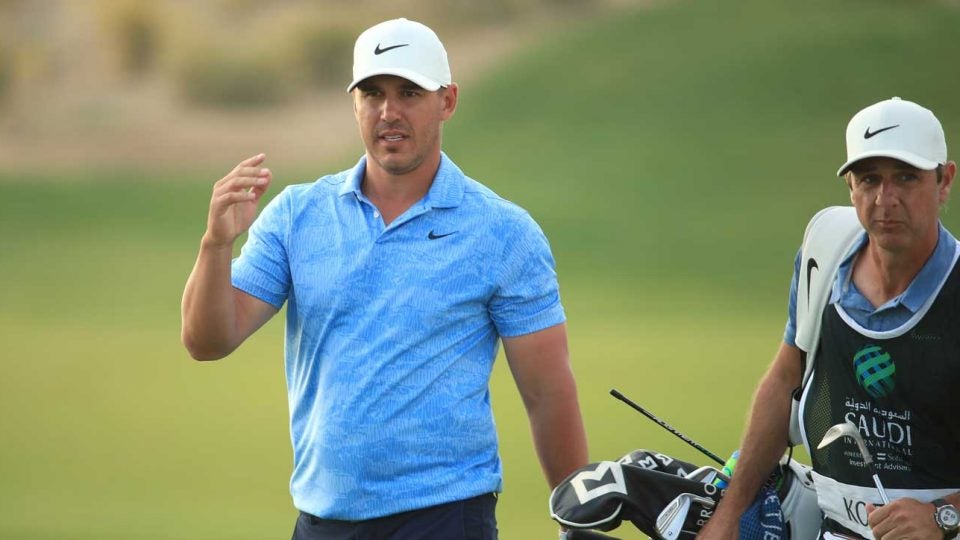 Brooks Kopeka pictured during the opening round of the 2020 Saudi International.
Getty Images

Brooks Koepka rarely passes up an opportunity to speak his mind, especially when it comes to issues he thinks negatively affect the pro game. And that was once again the case this weekend, when a high-profile incident on the European Tour inspired a new target for the World No.1: on-course interviews.

The incident in question befell 2010 U.S. Open champion Graeme McDowell on Friday. Playing in the second round of the Saudi International, McDowell was issued a bad time for slow play after he took too long to hit his second shot on the 5th hole.

The catch? McDowell was asked to participate in an on-course interview before his shot. The interview with Tim Barter of Sky Sports cost McDowell valuable time. Once he finally got to his ball, he took a few extra seconds to re-focus and take his shot. According to a nearby referee, it was too long, and he assessed McDowell a bad time.

“I called a time-out after I hit the shot, but the referee was not really willing to give me any kind of room for error at all,” McDowell said after the round. “That kind of upset my rhythm for a couple holes. I was disappointed to get that bad time, but it is what it is.”

Beyond upsetting McDowell’s rhythm, the incident carried weight for another reason. Under the new European Tour Pace of Play Policy, if a player receives two bad times they are assessed a one-stroke penalty. So he had to play the final two rounds in contention with the threat of a costly penalty stroke looming over him.

While McDowell was judicious with his criticism, choosing not to directly blame the on-course interview, Koepka, who was also playing in the event, chose another route when asked about the incident.

Speaking with Martin Dempster of The Scotsman after a second-round 69, Koepka took aim at on-course interviews, taking exception with the entire practice in pro golf.

On-course interviews on the European Tour have been conducted by Sky Sports for years, though they are optional. Knowing this, Koepka took his critique one-step further, declaring that if he was given the option in the future, he would refuse.

“I won’t do it,” Koepka said. “I’m not interested in talking about what just happened or the difficulty of the holes ahead. I’m just focused on one shot at a time, where my ball’s at. I understand why it might be beneficial for the fans, but I don’t get it.”

Koepka’s strong opinion is not surprising. He’s previously complained about slow play on the PGA Tour, even calling out fellow pros for the lethargic pace often found in Tour events. And he never shies away from hitting back at his own critics, whether they be TV personalities like Brandel Chamblee or random golf fans on the internet.

We now know exactly what Koepka thinks about on-course interviews in golf, but don’t assume McDowell shares the same opinion. Despite being the actual victim in the incident, McDowell still fully supports inside-the-ropes interviews in the heat of competition.

But he did have one word of caution for Barter and other TV journalists: incidents like this could cause more players to decline the interviews, which would hurt the pro game.

“Tim is great at his job and I don’t want a situation where guys won’t give him an interview, but I called him over and said, ‘You might want to have a word with them,'” McDowell said over the weekend. “Because if I’m going to do that for you, which I want to because we are in the entertainment business and I think it’s a good thing for views to get an insight into what is happening out on the course, only for the referee to give me a bad time, then everyone is going to say no.”

McDowell, who was able to survive the remainder of the tournament without receiving a second bad time, went on to finish two shots ahead of Dustin Johnson and secure his first European Tour victory since 2014. 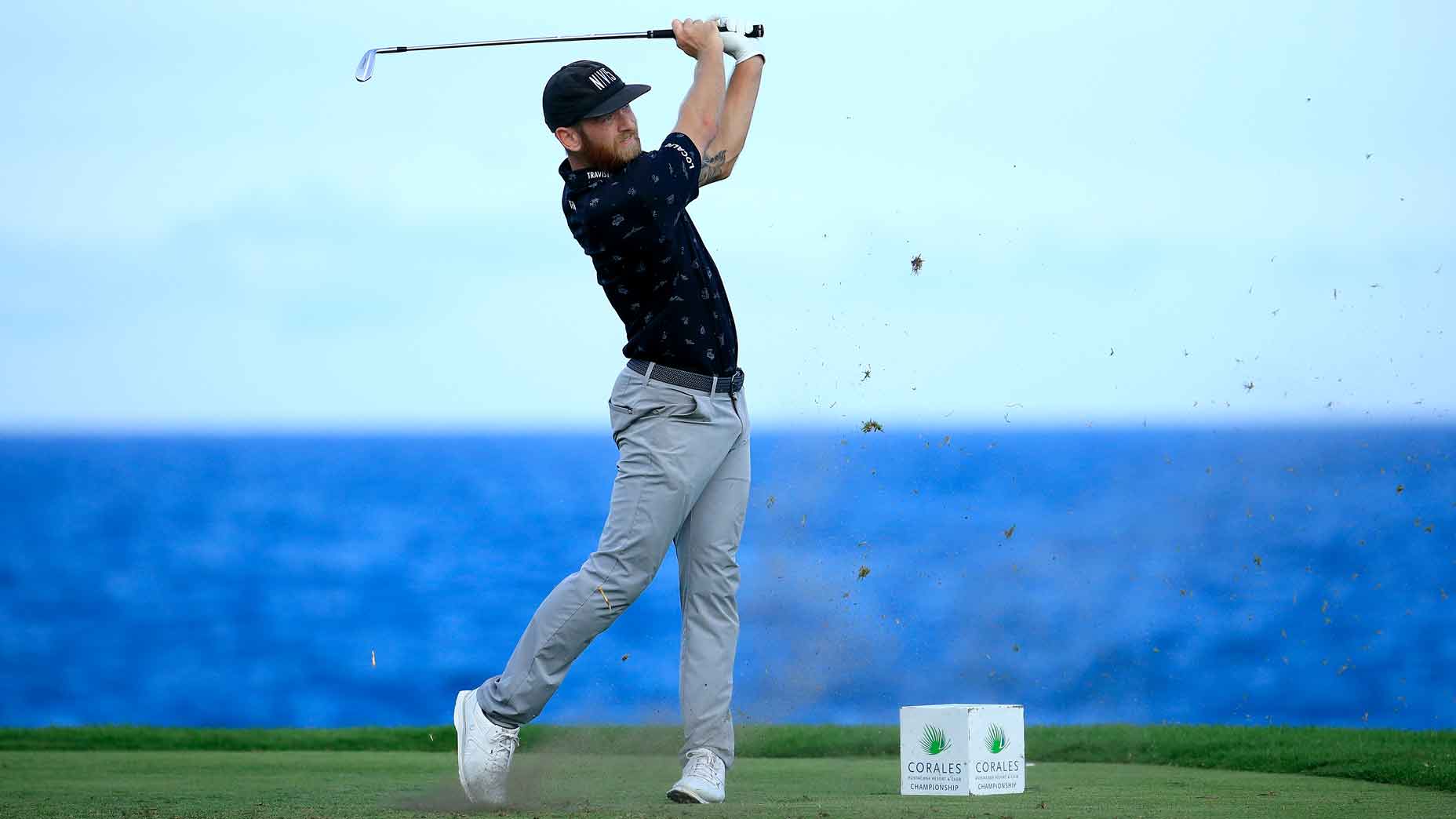 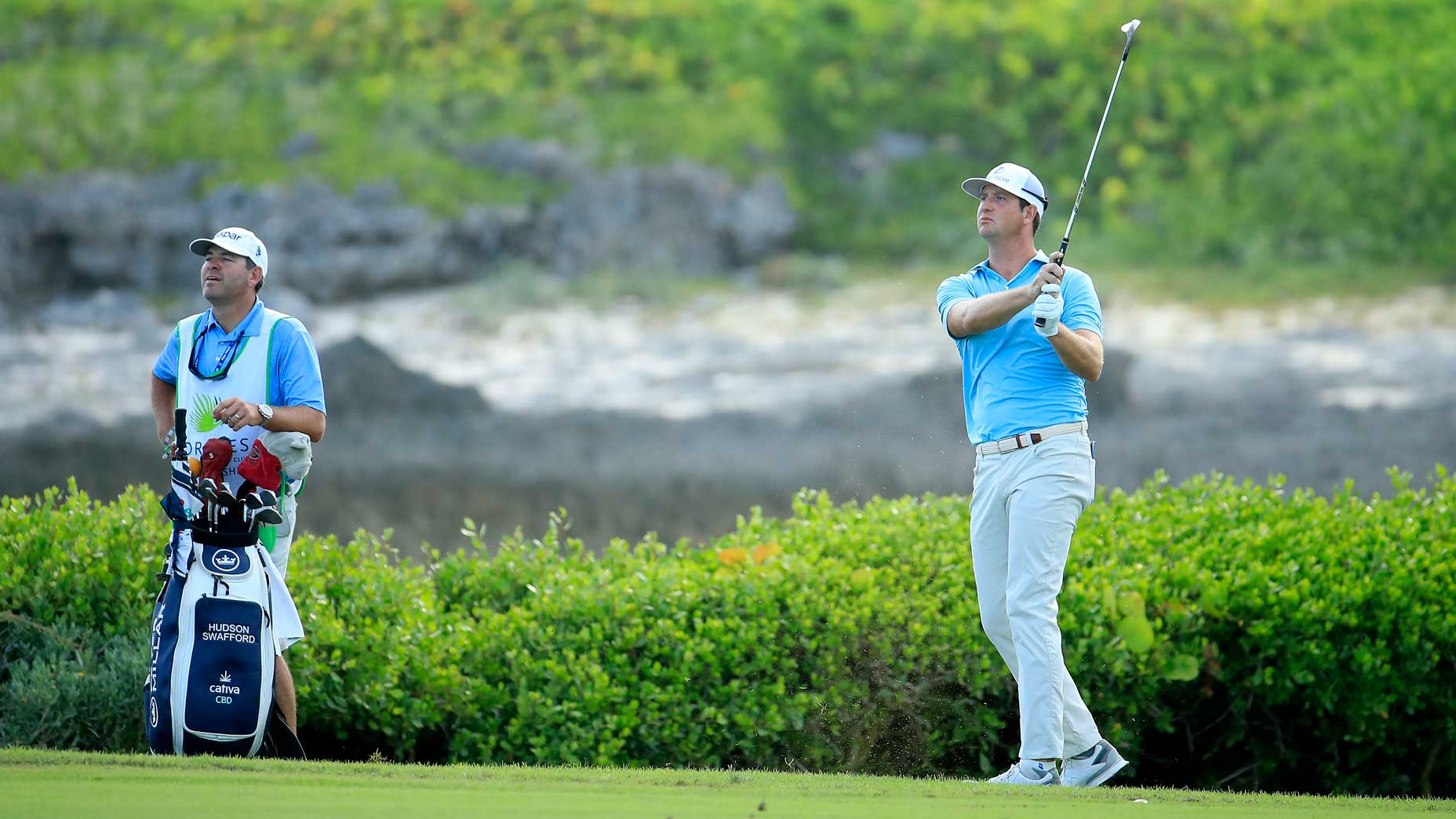