The Open 2019: The story behind Jordan Spieth’s switch to Titleist T100 irons 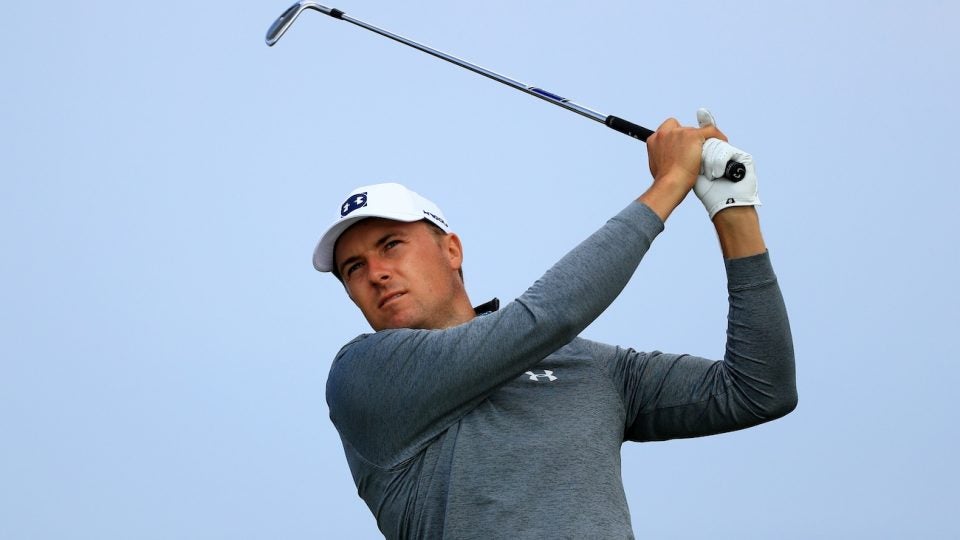 Jordan Spieth will have new irons in the bag at Portrush.
Getty Images

The week of a major championship is an odd time to change irons, especially when the major in question is the Open Championship. Depending on the weather, it’s not out of the realm of possibility to use every conceivable shot in the arsenal over the course of 18 holes. To execute some of those shots, it takes time to build up a trust level with new irons and feel confident they’ll perform in a game situation. That doesn’t happen overnight.

On paper, Jordan Spieth’s decision to shelve his Titleist 718 AP2 irons for a set of Tour-only T100s — which were released one month ago at the U.S. Open — looks like a bold move. But considering Spieth ranks 141st this season in strokes gained: approach the green, now might be as good a time as ever for a shakeup.

Spieth has something else going in his favor: He knows these irons better than anyone else on Titleist’s staff.

According to the equipment manufacturer, Spieth played the biggest role during the development of the T100, which is expected to replace the venerable AP2. More than two years ago, Titleist’s director of iron development, Marni Ines, began a dialog with Spieth to get his wants and needs when it came to the new iron.

“I remember a couple of years ago when we were talking about my AP2s and the Titleist team asked what I’d like to see improved,” Spieth said. “I told them I preferred the sole being a little bit different and the least amount of offset and top-line as possible.”

After going back and forth with Ines and Titleist Tour rep J.J VanWezenbeeck, Spieth received his first look at the final T100 prototype during a company photoshoot at Scioto Country Club during the week of the Memorial. He instantly noticed a difference between the overall shaping and offset of the new club and his previous set.

“They slide through the turf nicely, and my mishits are straighter and further than on my AP2 irons,” he said.

The only thing that took some getting used to for Spieth was seeing T100 in the cavity instead of the usual AP2 badge.

“I’m sitting there saying, Man, I played the same iron that said the same thing on it since 2010, probably earlier,” he said. “But I’ve been playing Titleist clubs since I was 12 years old, and they’ve never led me the wrong direction and they’ve always gotten better. And the idea of a name change — really an entire change across the board with their irons — is big. But there are big changes.” 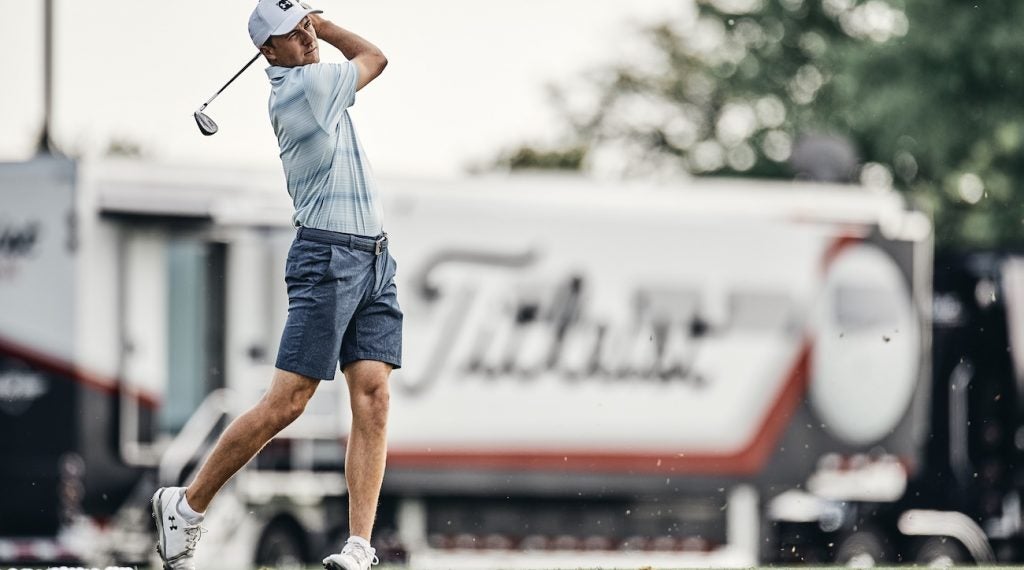 Jordan Spieth tested the final version of Titleist's T100 during the Memorial.
Titleist

Spieth isn’t one to change irons on a whim. It took him close to 3 1/2 years to go from 714 AP2 to 716 AP2 before waiting a full year to transition into 718 AP2. But after seeing the irons at Memorial, Spieth asked if he could put the irons in play that week.

There was one problem: Titleist wasn’t planning to release the irons on Tour until the Rocket Mortgage Classic, but similar to the release of the TS Series woods at last year’s U.S. Open, player feedback moved up the launch to Pebble Beach.

Spieth opted to take the irons home and put them through a rigorous testing session to build up his confidence in the new set before officially giving them the green light at Portrush. Spieth’s T100 irons (4-9) are built at standard length with Project X’s 6.5 shafts.

Spieth feels comfortable enough with the irons to put them in play, but the only thing that matters at this point is how they perform on the course. We won’t have to wait long to find out.