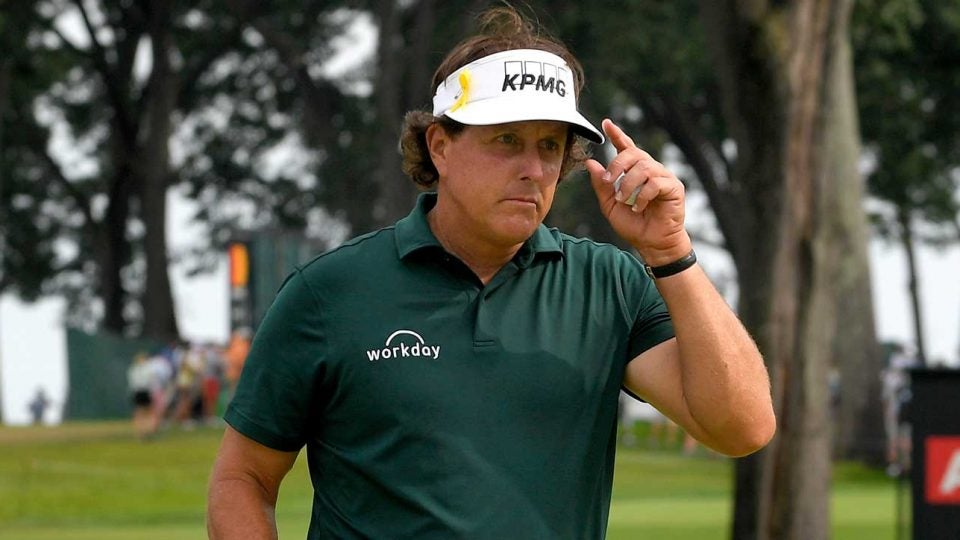 Phil Mickelson walks off the green during the 2018 FedEx Cup Playoffs.
Getty Images

Jim “Bones” Mackay has been an on-course reporter for NBC and Golf Channel ever since he left Phil Mickelson’s bag in 2017, and he’s consistently proven himself as a valuable asset roaming the fairways.

The latest example of this came during the final round of the Sentry Tournament of Champions on Sunday in Hawaii, as Bones told a great Mickelson story regarding Lefty’s golf ball choice … or pickiness.

Noticing that Rory McIlroy had been using a ball with a “5” on it this week — unusually high for pros — Bones went into story mode about players’ superstitions with the numbers on their golf balls and, of course, Mickelson’s thought process.

“These players out here, they love some numbers on their balls and they hate others,” Mackay said. “When I went to work for Phil Mickelson in the early 90s he told me, ‘Don’t ever give me a golf ball with a number 2 on it.’ Some years later he was in a playoff against Fred Couples in the Sentry Tournament of Champions. We completed 72 holes and of course all we had left in the locker were 2s. He went out, somehow won the playoff and of course for the next 10 years anytime a big spot came around he was looking for a 2.”