Analyzing the best, worst and most surprising players since the PGA Tour’s restart 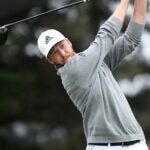 Daniel Berger has led the PGA Tour in SG: Total since the restart.

Golf has been a little different since the PGA Tour returned a little over two months ago at the Charles Schwab Challenge. Fans are gone, masks have become the norm and Jim Herman has won more recently than Rory McIlroy. The players who have been in top form have changed, too.

The PGA Tour recently released a breakdown of their Strokes Gained metrics from the restart through the end of the regular season, so we can see exactly how players have performed after the long layoff. Here’s a breakdown of who’s been the best, the worst and some interesting observations based on the stats.

When looking at the top five in the SG: Total, there are two surprises in Daniel Berger and Harris English, while the other three have cemented their status in the game’s top tier. Berger has been arguably the hottest player on the planet for the last two months as he’s finished 1-T3-CUT-T2-T13-3 since the restart, so it makes sense to see him at the top of the board. However, after seemingly losing his game for a couple years, seeing him leading the Tour is not what you’d expect. Harris English is also a surprise here. He’s been steady for the last two months, with every finish inside the top 25, but until this past week he didn’t have a top-10 finish. It looks like he might finally be putting it together though, after his runner-up finish at the Northern Trust.

Seeing Bryson DeChambeau, Xander Schauffele and Justin Thomas at the top is about what you’d expect. They’re names you see at the top of the leaderboard each and every week, so leading in strokes gained is to be expected. There are some surprises on how their individual components break down, but we’ll get to that later.

We won’t spend too much time here as there’s no reason to pile on guys who are struggling. Of the bottom five, only Beau Hossler has performed above average in any metric, as his around-the-green stats rank just outside the top 30. For the rest of them, it’s been a struggle since June. Collectively they have missed more cuts than they’ve made and have no top 10s. Sometimes, golf is hard.

Much has been made about DeChambeau’s new body and gaudy driving stats, but the most impressive part of his game since the restart might be his putting. Sure, the bombs are fun, but ranking second in SG: Putting is all the more impressive. Putting used to be one of his biggest weaknesses, but he’s turned it into a huge strength — and no one even mentions it. When you can drive for show AND putt for dough, that’s a dangerous combination. DeChambeau is only just starting to put it all together.

Tiger Woods’ everything (except irons)

Tiger has always been known for his ball striking with his irons, and he’s lived up to that reputation as of late. But everything else has been … not great, specifically his short game. Tiger has had trouble with the putter lately as he’s cycled between his normal gamer and a longer model, but the around-the-green stats are not much better. It’s very possible this can be attributed to rust, as touch is the hardest thing to get back after a layoff. Whatever the reason is, he needs to get it ironed out — and fast. There are two majors coming up quickly on the calendar.

Viktor Hovland around the greens

If you asked Hovland what the weakest part of his game was, he would almost surely tell you it’s chipping. In fact, after his win in Puerto Rico in the spring, he declared, “I just suck at chipping.” Since the restart, though, he has actually been pretty solid around the greens, ranking 36th in that metric. Perhaps he used the hiatus to grind in the short game area? He still ranks 189th in SG: Around-the-Green for the year, but there is no arguing that he’s improved in recent months.

Scott has always been known as a dead-eye ball striker who can struggle on the greens. But for the last two months, it’s been the opposite story for the Aussie. The ball striking has been so-so, and his work around the greens has been stellar. Now, we have to acknowledge that his sample size is quite small over this time period, but it is still interesting.

Brooks Koepka off the tee

This season for Koepka has been defined by a knee injury that has impacted his ability to get through the ball and onto his left side. This has resulted in mixed results and some unusually poor performances. After his latest missed cut, he even went so far as to say that the ailment is so bad that he physically can’t do anything he’s accustomed to with his swing. And while his driving and ball striking might not be up to his usual standards, they haven’t been the biggest problem with his game. He ranks in the top 30 in driving and ball striking, which are both good enough stats to compete, but his putting and chipping have been outside the top 75. Rehabbing the knee should be priority No. 1, but practicing putting and chipping are a close second.