Jack Nicklaus II on the bag for his father at the 1986 Masters.

On a June weekend in 1980, Jack Nicklaus II, the eldest son of Jack Nicklaus, received a phone call. He was 18, a promising young golfer headed to the University of North Carolina on a scholarship, and had just completed his second round in a Palm Beach County (Fla.) Junior Golf Association event. On the other end of the line was his father.

The younger Jack was upset. When his father asked how things had gone in the tournament, Jack II didn’t hold back. Shot by shot, he relived his disappointing afternoon — interrupted only by his father’s gentle counseling.

When their back-and-forth had concluded, Jack paused for a beat, then asked his son a question.

“Jackie, would you like to know how your dad did today?”

And with that, young Jack learned a valuable life lesson: tending to your children’s needs always comes first, even if you’ve just won your 17th major title.

Jack Nicklaus is best known for being the greatest golfer of all time, but according to Jack II, he was also a Hall of Fame father. Even while racking up golf titles, running a course design business and lending his time to charitable pursuits, Jack, alongside wife Barbara, always prioritized his five children. Now, in the forthcoming book Best Seat in the House: 18 Golden Lessons from a Father to His Son, Jack II has illuminated that side of his father, revealing 18 essential life lessons he learned from him.

The book, co-authored by Don Yeager, is available for pre-order now and will be released on May 18. 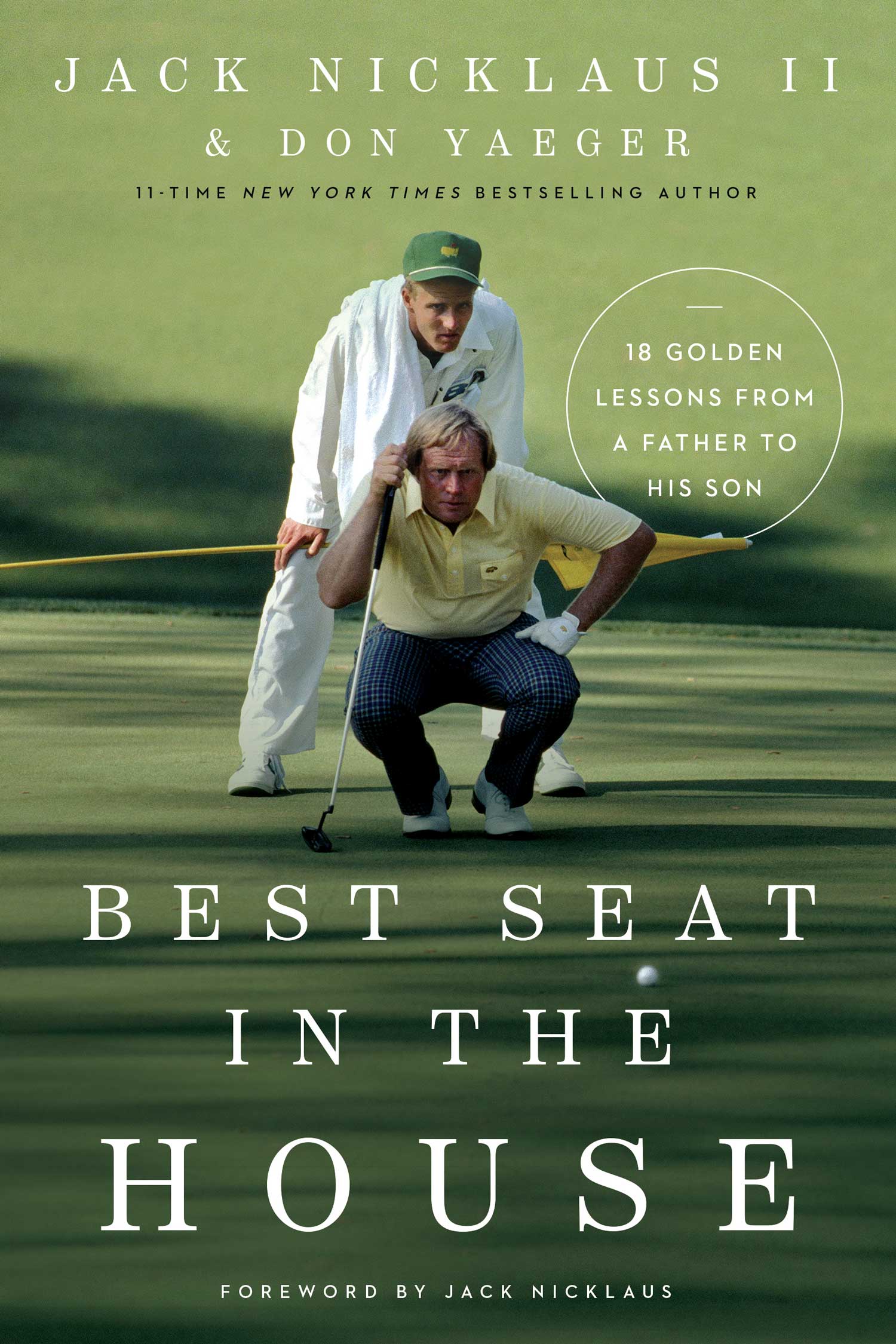 Best Seat in the House: 18 Golden Lessons from a Father to His Son

$25.99
Jack Nicklaus II shares stories, insights, and lessons he’s learned from his father, the “Golden Bear,” that will delight golf fans of all ages, encourage fathers, and inspire readers to focus on what’s most important in life: family.
Pre-Order Now

“My Dad is my role model, my moral compass, my best friend,” Jack II told GOLF.com. “He is simply the greatest man I have ever known. My goal is to honor his legacy by providing a son’s perspective from ‘inside the ropes.'”

Indeed, as Jack’s sometime caddie, Jack II, couldn’t have had a better view of some of his father’s biggest moments, including Jack’s iconic win at the 1986 Masters. That magical week, when Jack II was on the bag, was the inspiration for the book, both for its historical and personal meaning to the Nicklauses.

“I may have been just 24 years old at the time, yet I have always wanted to share my experience,” Jack II said.

And so many others, too.

“I have been writing on scrap pieces of paper for years my thoughts and memories,” Jack II said. “From the early years, when Mom and Dad would drag me around the country in the backseat of a station wagon as Dad honed his golf skills, to growing up in a sports-focused family, to having a career while caddying for Dad in my spare time, and raising a family of five of my own, I have recorded much.”

For years, Jack II wanted to compile all these memories and learnings, but struggled to find the best way to stitch them all together. After teaming up with Yeager, the pair settled upon the book’s structure: 18 lessons in 18 chapters, including a foreword from its subject.

For the final chapter, Jack II enlisted the help of his own five children to affirm the value of the lessons his father has passed down.

“I asked them to write down how they view our relationship — the relationship they share with me, their father,” Jack II said. “I can tell you, I still cannot hold back my emotions as I read their comments.”

GOLF Magazine will feature an excerpt from Best Seat in the House in its April issue. You can pre-order the book here.