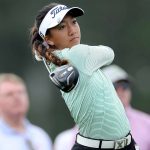 Jennifer Kupcho topped Maria Fassi to win the inaugural event in 2019, and last year’s was canceled due to the Covid-19 pandemic. This year’s field consists of 82 players, and many are back for their second appearance. Zoe Campos tied for fifth in 2019 and is the top returning finisher from that tournament. Kaitlyn Papp also tied for fifth in 2019, although she recently had to withdraw due to a positive Covid-19 test.

Below is everything you need to know about the Augusta National Women’s Amateur. For more on the players, including bios, click here.

The first two rounds of the 54-hole stroke-play tournament will be held at Champions Retreat Golf Club in nearby Evans, Ga., with a cut to the top 30 after 36 holes. All competitors, regardless of making the cut, will play a practice round at Augusta National Golf Club on Friday. The 30 players who made the cut will return to Augusta National for the final round on Saturday.