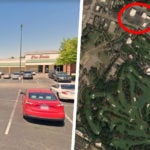 What will Augusta National use its newest purchase for? We can only wait and see.

The Augusta National empire continues to grow. The Georgia golf club that has purchased adjacent land for decades has made its most expensive real estate purchase with the National Hills shopping center across the street.

ANGC, which runs along Washington Road, purchased the 15-acre property in mid-April, with the records becoming public this week. The record-breaking price came in at $26 million. This comes according to public records, as reported by the Augusta Chronicle Thursday.

The acquisition is the latest in a flurry of real estate purchases made by the secretive and world-famous golf club. ANGC bought a Wendy’s on Washington Road earlier this year as well as five residential properties on the southern side of the campus.

The shopping center is of particular interest as it abuts Washington Road right next to the public entrance the club uses during the Masters. Between the building and the road is a large parking lot, which many patrons have used as a location to rendezvous without cell phones, as phones are not permitted during the tournament. The shopping center was previously sold for $24.7 million in 2017.

According to ESPN’s Bob Harig, the purchase brings Augusta National’s spending spree to about $70 million in the last three years alone. The club has made multiple $20 million purchases of large local business properties like Stein Mart and Publix.

What will come of the space? We can only wait and see. ANGC declines to comment on its club operations, but public records have shown various enhancements for the club in recent years. The club has reportedly discussed its own highway exit off I-20, in addition to current construction of an underpass beneath the Washington Road that would help funnel deliveries to the grounds.

We will likely get our first peek at what the space will be used for later this year. The Masters that was originally scheduled for April has been postponed to mid-November due to the spread of the coronavirus.