One month after arrest, Tommy Gainey comes out of nowhere to win Korn Ferry Tour season-opener 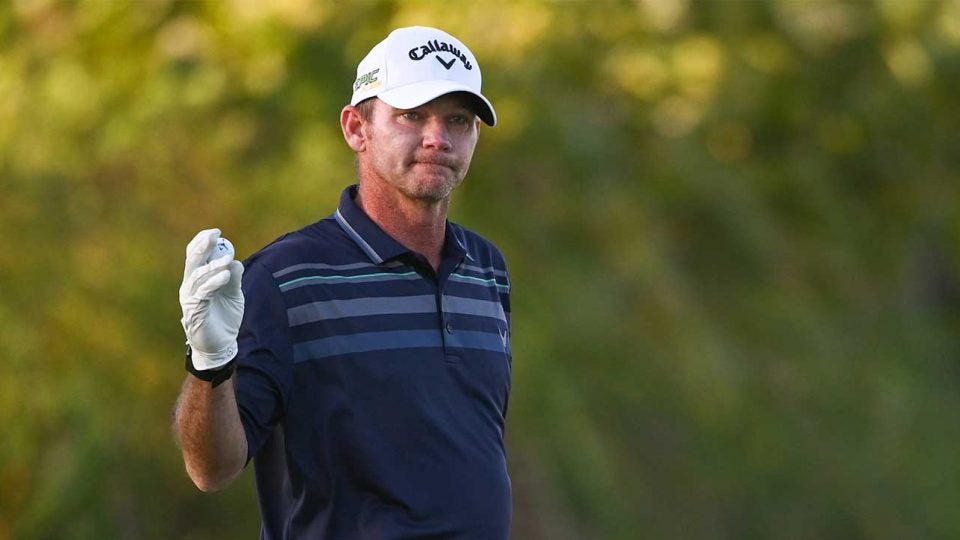 With legal issues looming over him and in the midst of an eight-year winless drought, Tommy “Two Gloves” Gainey shot a three-under 69 to win the Korn Ferry Tour’s season-opening event on Wednesday in the Bahamas.

Gainey closed birdie-birdie-birdie to finish 11 under overall and four clear of runners-up John Oda and Dylan Wu, winning The Bahamas Great Exuma Classic at Sandals Emerald Bay. The victory is Gainey’s first on the Korn Ferry Tour since 2010 — he won on the PGA Tour in 2012 — and it’s his first top 10 on either tour since 2015.

Gainey, 44, led by one stroke after 54 holes but came up clutch down the stretch on Wednesday to notch his third Korn Ferry Tour title of his career.

The victory comes in the wake up Gainey’s Dec. 8 arrest in Polk County, Fla., for alleged involvement in a prostitution and human-trafficking sting; he faces a first-degree misdemeanor solicitation charge after being arrested for soliciting a prostitute.

“With the injuries that I’ve been through, the other troubles that I’ve had, I’m very lucky and very blessed,” Gainey said. “This means everything.”

Gainey, who is married with two children, turned pro in 1997 and appeared on Golf Channel’s Big Break in 2005.

Gainey doesn’t directly address his recent off-course issues. But says this after his win: “It means everything. My wife, I love her to death. She’s my rock. This is for her and the boys.” https://t.co/tLy0p3khn0