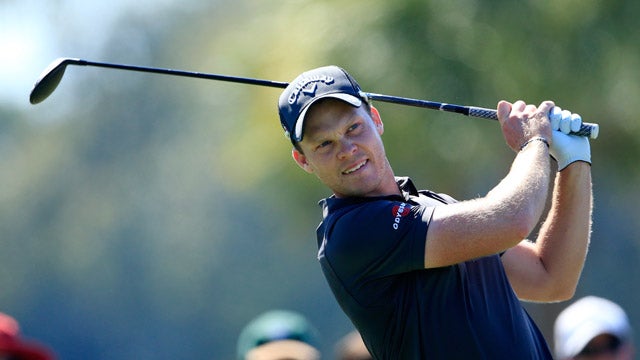 Danny Willett tees off on the fifth hole during the final round of the WGC-Cadillac Championship at Trump National Doral on March 6, 2016, in Doral, Florida. Willett tied for third and finished two off the lead.
Getty Images

1. He very nearly didn’t play this week. Willett was planning to skip the Masters because of his wife’s early April due date. But then the baby arrived early, clearing the way for him to appear at Augusta.

2. He was the number one ranked amateur in the world in 2008. Willett’s notable finishes include a win this year at the Dubai Desert Classic, third place at the 2015 WGC Cadillac Classic Match Play, and a T4 at last year’s race to Dubai, where he nipped at Rory McIlroy’s heels for most of the tournament. 5. He used to play golf in a sheep field in England. Willett’s come a long way from the pasture to the perfectly manicured greens at the Masters.