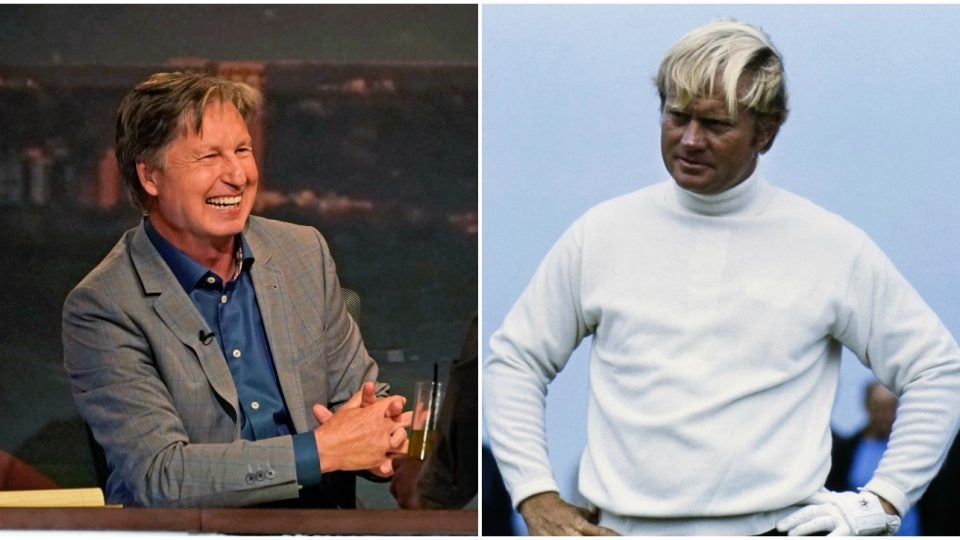 Whether you agree with Golf Channel analyst Brandel Chamblee’s conclusions or not, you can’t refute his encyclopedic knowledge on golf’s history, or his undying passion for the game.

One of the ways that comes through is on Twitter, where Chamblee constantly engages in interesting conversations and throws out various topics of discussions. On Monday, Chamblee got a particularly noteworthy one cooking: Listing the 10 best seasons in men’s golf history.

It’s hard to quibble with many of those included seasons from where I’m sitting.

They’re based mostly on relative scoring average, which is a pretty solid indicator of how well a player played over the course of the season, especially relative to their peers, even though it can admittedly get tricky over the course of multiple seasons.

It’s splitting hairs which is why it’s fun so let’s do that.Nicklaus won 7 in 72 to Spieth 5 in 15 in 6 less starts.Nicklaus no missed cuts and Spieth missed 4.Nicklaus was holding the PGA from Feb.of 71 so he was looking to own all 4 at Open and shot 66 last rd. beat by 1.Jack72

Even Brandel himself says he seriously considered Jack’s ’72 season.

Nicklaus 72 is right there… easliy could make the list. I chewed on it. 🙂

And for good reason!

Jack won back-to-back majors at the Masters and U.S. Open, and finished second at the Open Championship later that summer. He won five more times outside of that and finished top of that year’s money list.

So, what’s keeping him off this list? Presumably his scoring average came in at 70.23 that season, which is comparably higher than others on the list.

I’m not sure where I come down, to be perfectly honest. I suppose I’d have him in the list — somewhere — but don’t ask me who I’d knock off. You can find the words of some more dissenters below.

Nicklaus 1972: 7 wins, 2 majors. Won Masters & US Open by three strokes each, wire-to-wire. Then JN finished 2 shots back at The Open, keeping him from holding all 4 Majors at the same time ("JackSlam") Also won another 5 Tour events & finished 2nd at three others that year 🐐

Interesting. Not a single Jack year? 72?