5 bets I love at the Texas Open, according to a professional gambler 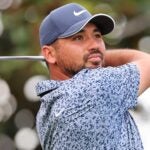 Jason Day needs a big week to qualify for the Masters.

One more week before the year’s first major. One more chance to punch a ticket to Augusta. And one more tournament for us to wager on before we turn our full attention to the Masters.

The Valero Texas Open gets underway Thursday on the Oaks Course at TPC San Antonio. Jordan Spieth is the defending champ. Rory McIlroy is the odds-on favorite, at +800. And Erick Lindgren is with us once again to share insights and advice.

The terms are the same as ever: We’ve given Lindgren a $1,000 gambling budget (in play money) in exchange for his wisdom. See below for his 5 favorite picks.

Day’s form was rounding into shape on the West Coast. He looks healthy, and I am predicting a big year from him. This is his last shot to get to the Masters.

I have been on Davis a few times this year and come away more impressed every time I see him. He won the Korn Ferry event here in 2020 and has few weaknesses in his game.

I called Cam winning the 3M last year at 100-1. Let’s go out on a limb again and take him on a sneaky-long course. His bunker game often holds him back but most struggle from the sand in San Antonio. Cam has quietly been firing some laser irons at longer par-3s recently, and he might be the only player in the field who can reach all four par-5s this week.

Gary’s game is peaking as he heads to a course where he has good history. Like Day, he’s a former major winner with health finally on his side. Let’s ride.

The Seagull takes flight yearly here, and now it’s time for him to get his season on track. He will be on or near the front page Sunday.