Famous athletes, actors, musicians and politicians are competing this week alongside PGA Tour players at the 2020 AT&T Pebble Beach Pro-Am. The combination of star power and the Pebble Beach scenery creates a grand spectacle like nothing else in the world.

The unique yearly gathering of celebrity golfers also allows us to see what golf equipment some of the most famous people in the world decide to use.

We’ve scoured the golf bags and photos of the celebrities to figure out what’s in their bags. Enjoy! 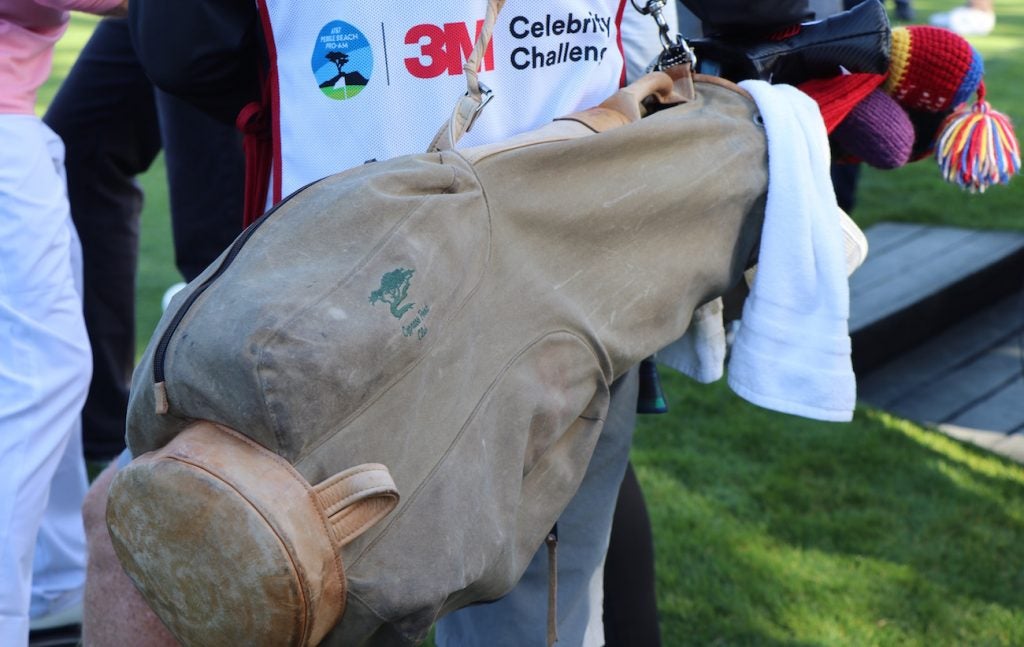 Bill Murray of Caddyshack fame has one of the coolest Sunday bags you’ll ever see. It’s a souvenir from Cypress Point Club, which is located just down the road from Pebble Beach on 17 Mile Drive, and it’s one of the most sought after tee times in the world.

This particular Sunday Walker bag is made by MacKenzie Golf Bags, and it’s magnificent. 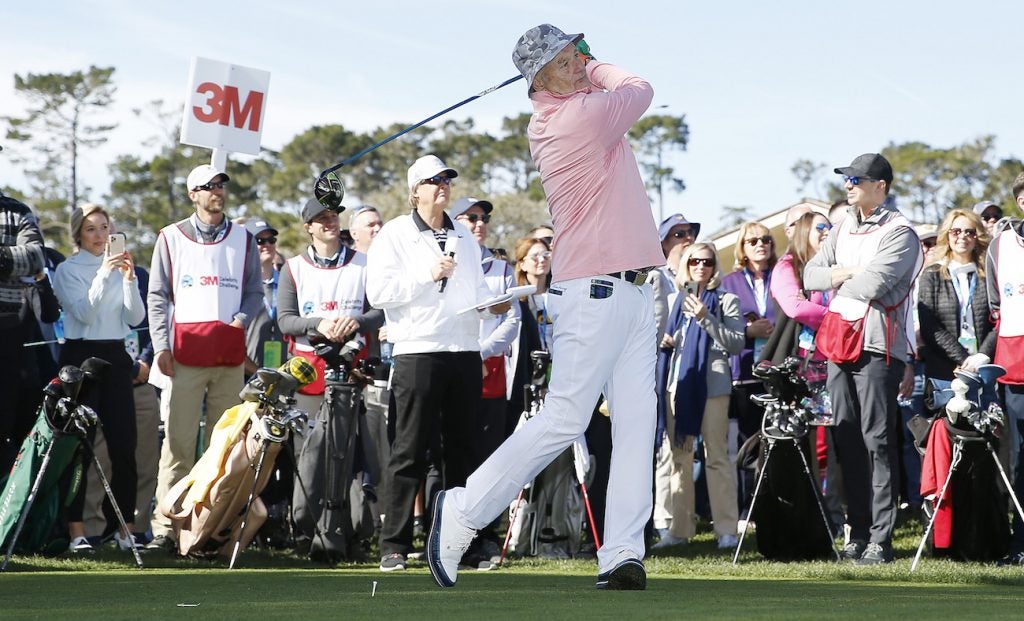 Inside the Cypress bag is a Callaway Epic Flash driver, equipped with a Project X Even Flow Blue shaft, a set of PXG 0311 irons, and an Edel half-mallet putter. 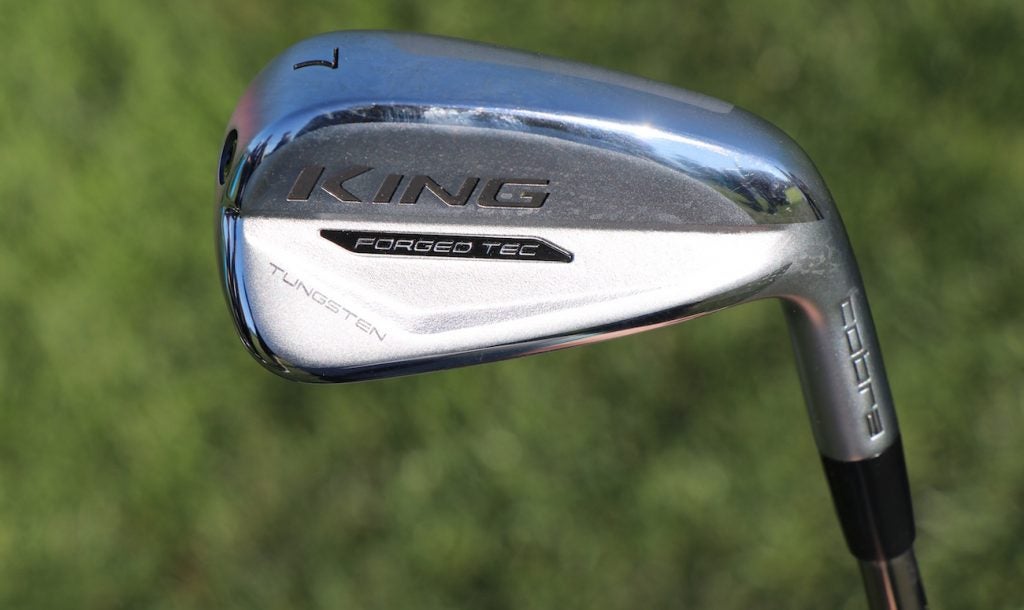 Jake Owen reportedly plays off scratch, but a recent wrist injury has him begging for more forgiveness. Due to the swing restraints, Owen told GOLF.com that he requested the Cobra reps build him “the most forgiving irons possible.” The result is this set of Cobra Forged Tec irons, which are equipped with graphite shafts.

Hopefully the increased forgiveness can help Owen live up to his 0-handicap this week, since he’ll be giving up a lot of strokes to the field as it is. 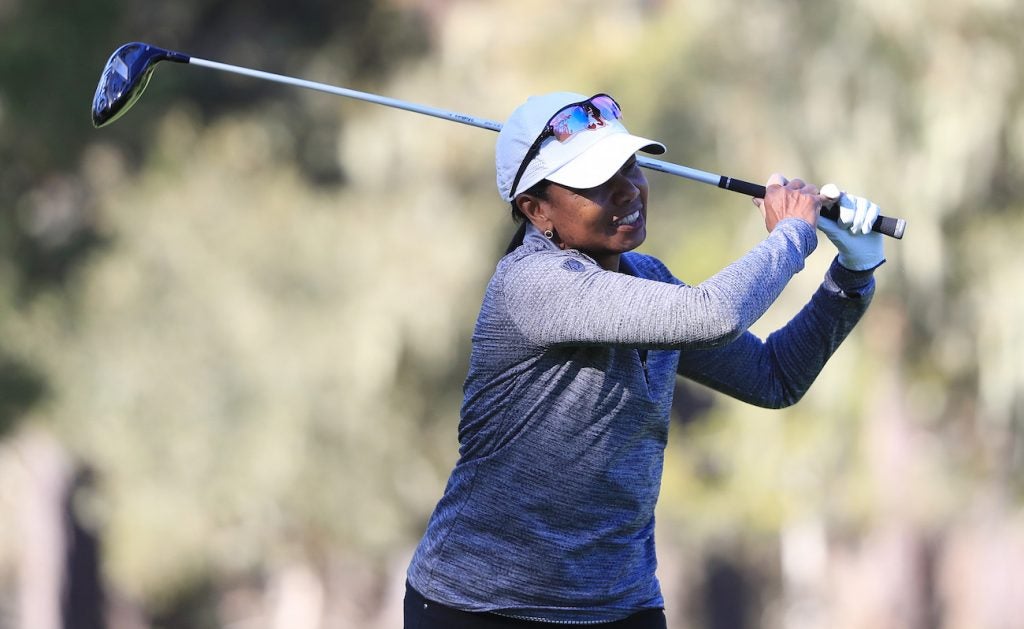 Former United States Secretary of State Condoleezza Rice was spotted using the new Titleist TS1 driver, which is the lightest, most forgiving and highest-launching option in the new TS-family of drivers. 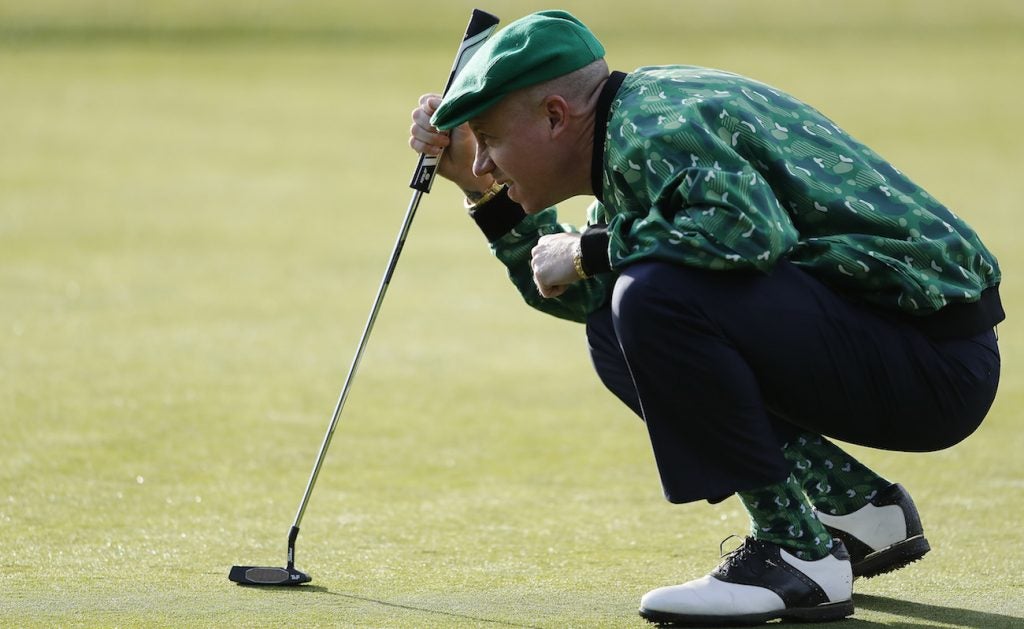 Rapper Macklemore, who you may know from his hit song Thrift Shop, probably bought this golf outfit from a thrift shop, but he certainly didn’t buy his golf clubs there. Macklemore was spotted using a new Titleist Scotty Cameron 2019 Teryllium T22 Newport putter, and he also has a set of PXG 0311 Extreme Darkness irons in the bag. 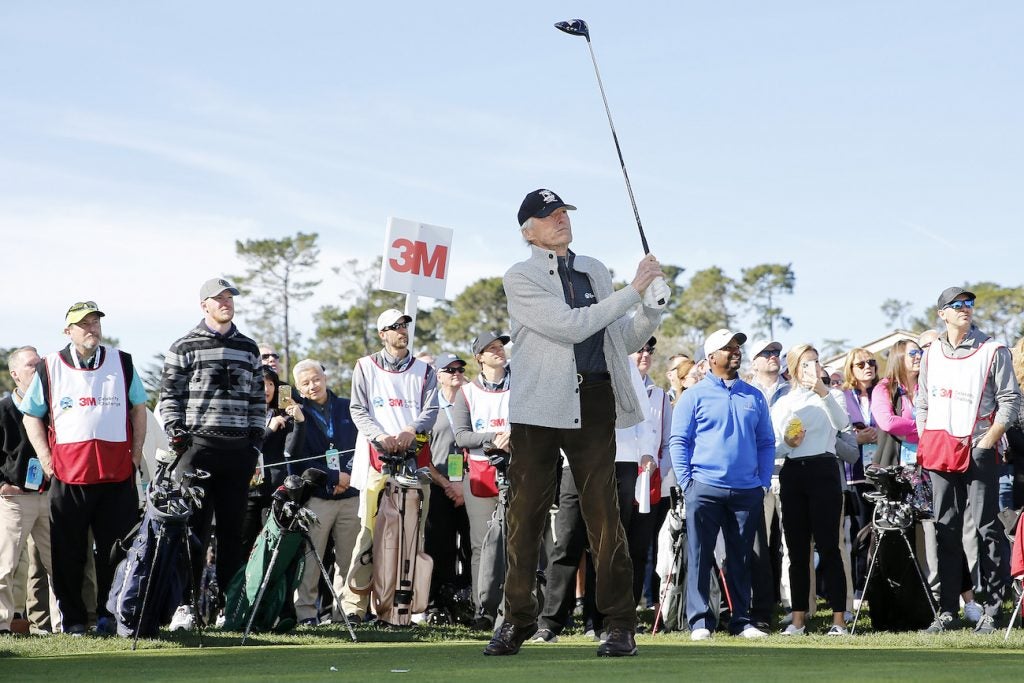 Clint Eastwood, famous actor and former Mayor of Carmel-by-the-Sea, used a PXG driver during the 3M Celebrity Shootout on Wednesday. If you look closely, you can see that Eastwood has the heavier screw weights in the heel portion of the driver in order to add a bit of draw-bias. 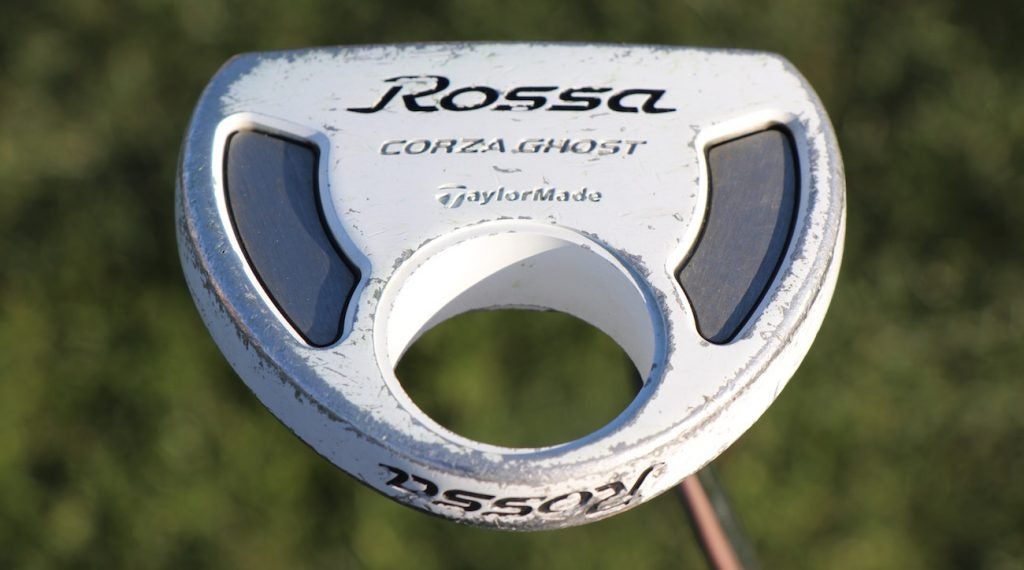 Charles Kelley is a member of the country-music trio Lady Antebellum, and he’s using a TaylorMade Rossa Corza Ghost putter that has seen better days. Surely, Kelley makes enough money to afford a new putter, but trust in an old putter is something that can’t be purchased. 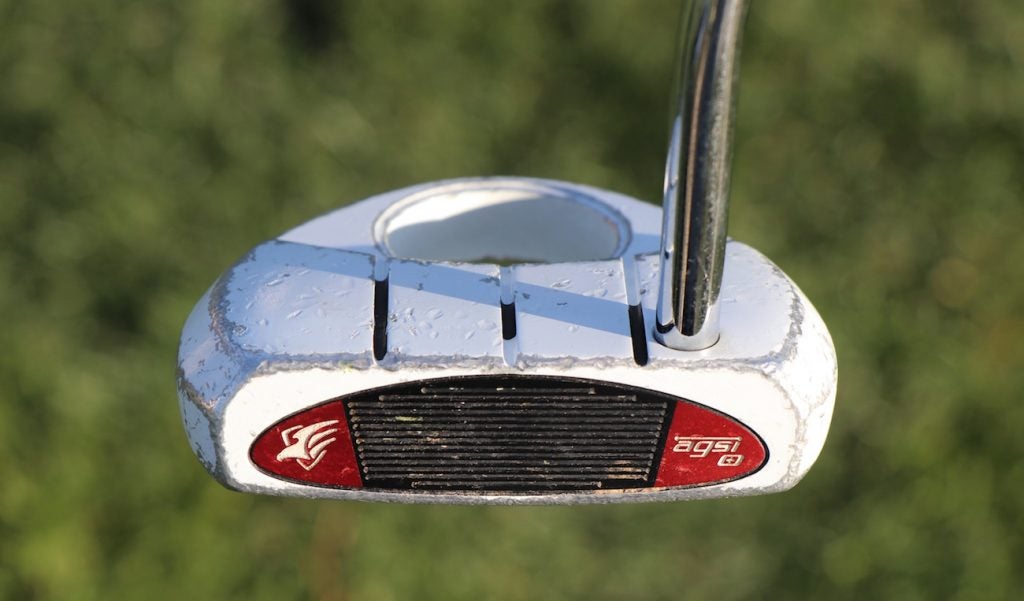 But, he could at least get the black alignment lines repainted, no? 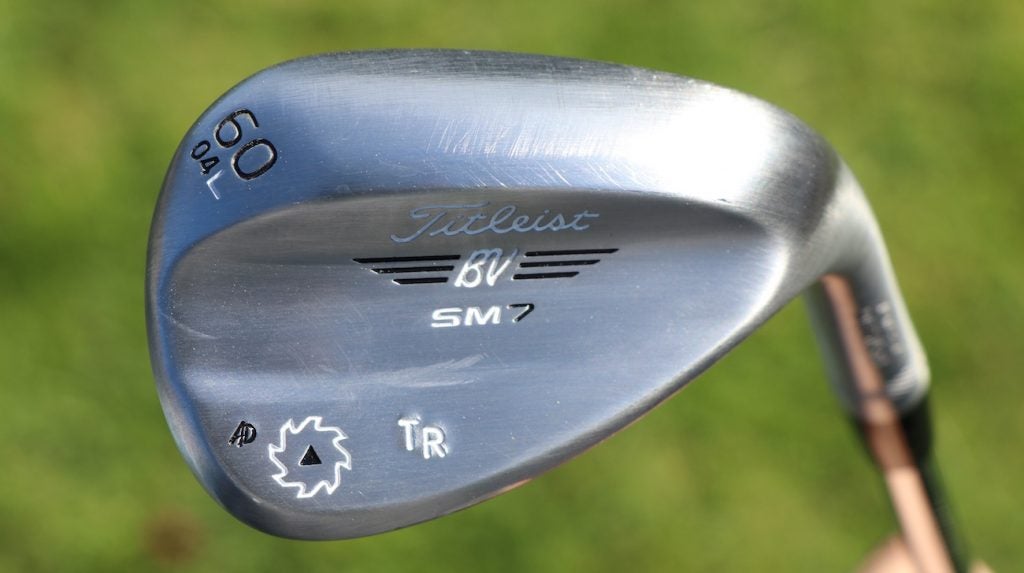 Tony Romo, former Dallas Cowboys quarterback and current CBS announcer, is no stranger to competitive golf; he’s nearly qualified for U.S. Opens, and he’s played in both Korn Ferry Tour and PGA Tour events. In his bag, he has a Titleist SM7 Vokey wedge with his initials “TR” stamped on the back cavity, alongside Titleist Vokey Tour rep Aaron Dill’s initials. He also has a 58-degree custom Vokey grind wedge, a TaylorMade TP Ardmore 3 putter, a mixed set of Mizuno MP-20 irons, and a TaylorMade driver. 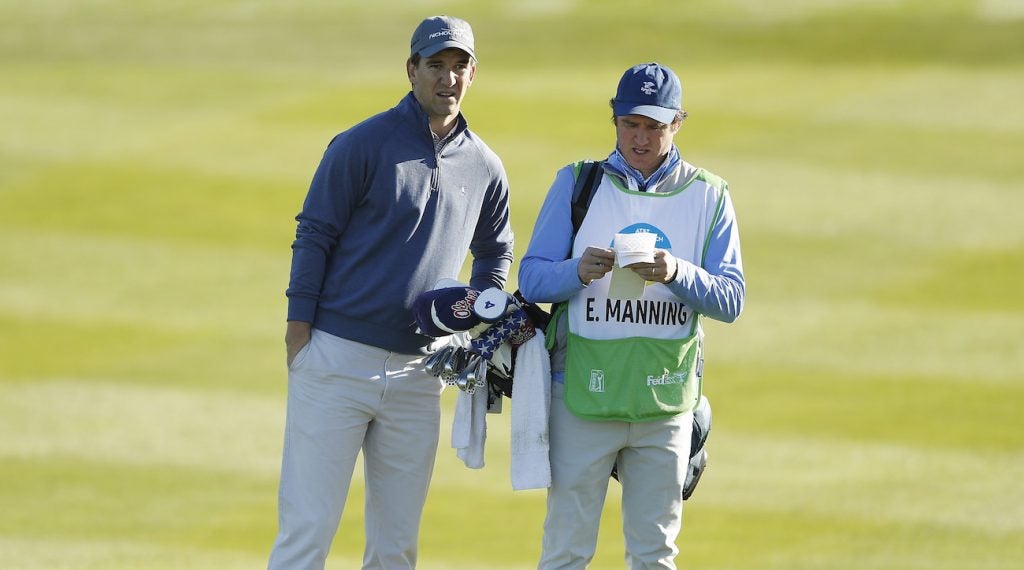 Eli Manning, the recently retired two-time Super Bowl MVP of the New York Giants, also has a set of PXG 0311 irons, much like a number of his fellow celebrity participants. Some other quarterbacks in the field — Matt Ryan and Tony Romo — surely covet his Super Bowl rings and not his irons, however. Eli’s brother Peyton Manning is also in the field this week, and while he has two Super Bowl rings, he has only one Super Bowl MVP compared to Eli’s two; it’s not a competition, though (I’m a Giants fan, and it definitely is a competition).