If you knew Tiger Woods had given advice to Anthony Kim, would you pay attention?

Over the course of several months I’ve been making my way back through Woods’ career via YouTube, and while I’ve mostly been on the hunt for forgotten highlights and personality insights, I couldn’t help but marvel at the simplicity of one ball-position drill.

The clip comes from a clinic that Woods and Kim held at Trump National Golf Club in Los Angeles in October 2008. As you’ll recall, that’s when Woods was on the shelf post-knee surgery after winning the U.S. Open on one leg. But he showed up to a Nike sweepstakes event called “Tee It Up With Tiger” and held a clinic with Kim after the attendees had played the round. Kim arrived by helicopter and hit balls under Woods’ watchful eye.

There’s a radical difference between Woods’ approach to the game and Kim’s, which becomes clear over and over throughout the duration of the clinic (which I broke down exhaustively here). Woods has a specific warm-up routine before rounds; Kim says it all depends how he feels. Woods likes to hit a draw; Kim says he doesn’t care as long as it’s not a draw. Woods hits his sand wedge 118; Kim hits his sand wedge somewhere from 100 to 125, depending on the day.

That’s all well and fun, but let’s get to the part that can help you!

One spectator asks whether Woods believes in the idea of moving his golf ball around in his stance for different clubs, and Woods provides the perfect illustration: he lines up three golf balls (Nike One balls — remember, this is 2008) to illustrate his point. 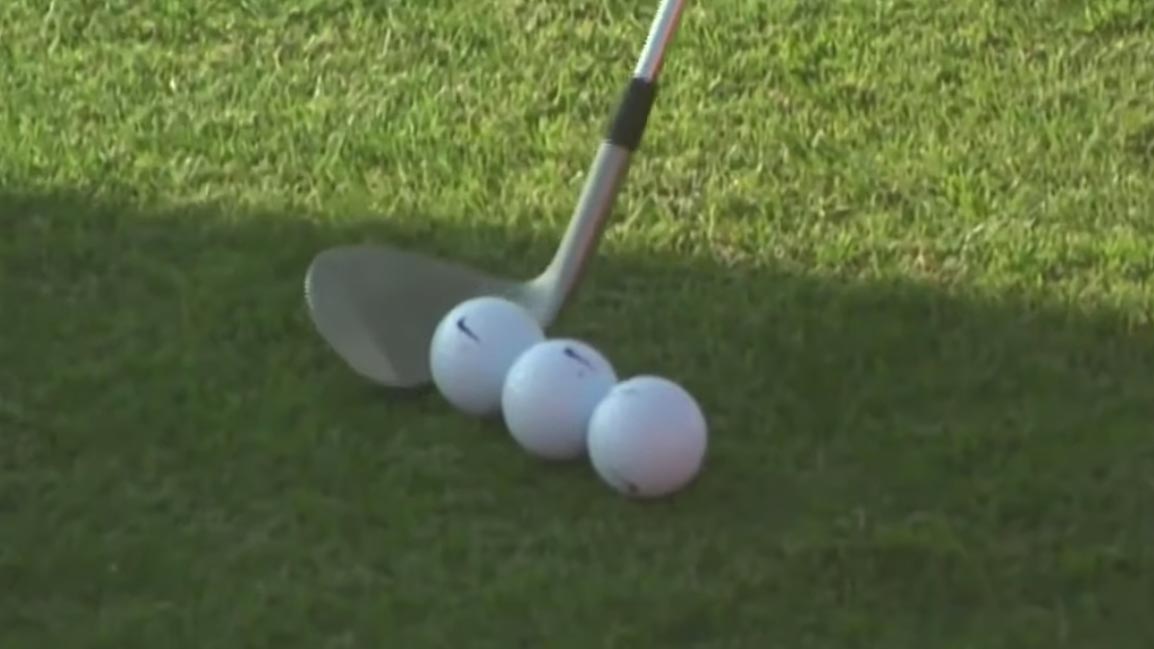 “When I set up to a golf ball, if I’m going to hit sand wedge, it’s going to be in the middle of my stance,” he says. 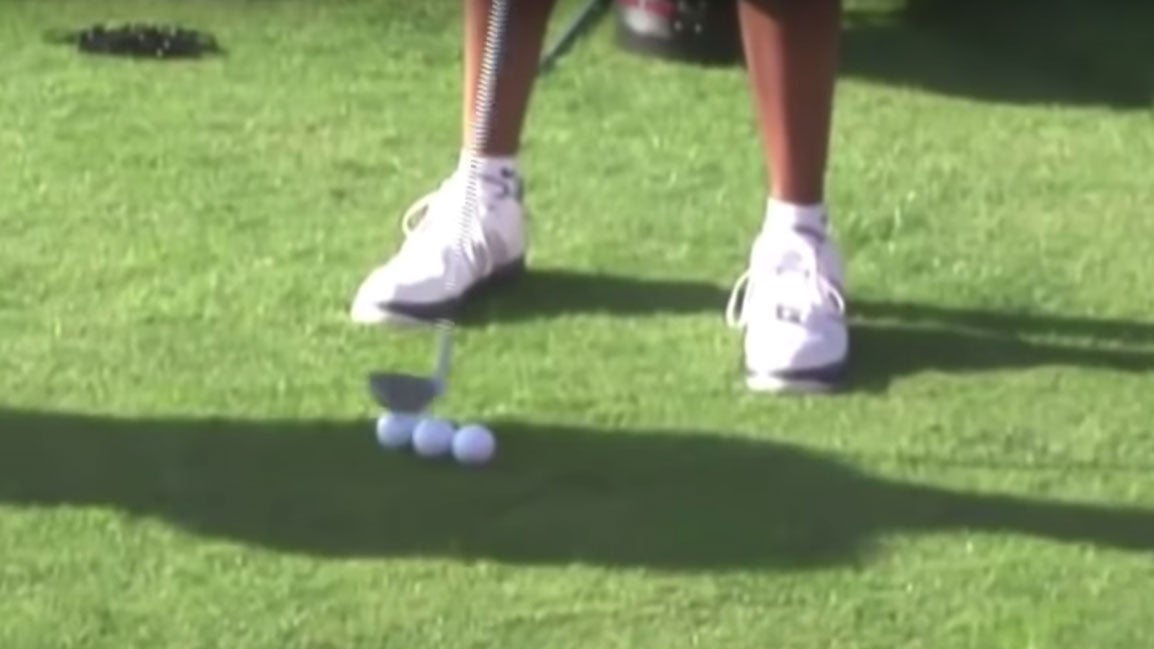 Woods moves to the middle ball.

“When I hit a 5-iron it’s probably another ball,” he says. That means he’s now about a ball forward from the middle of his stance for a mid-iron. 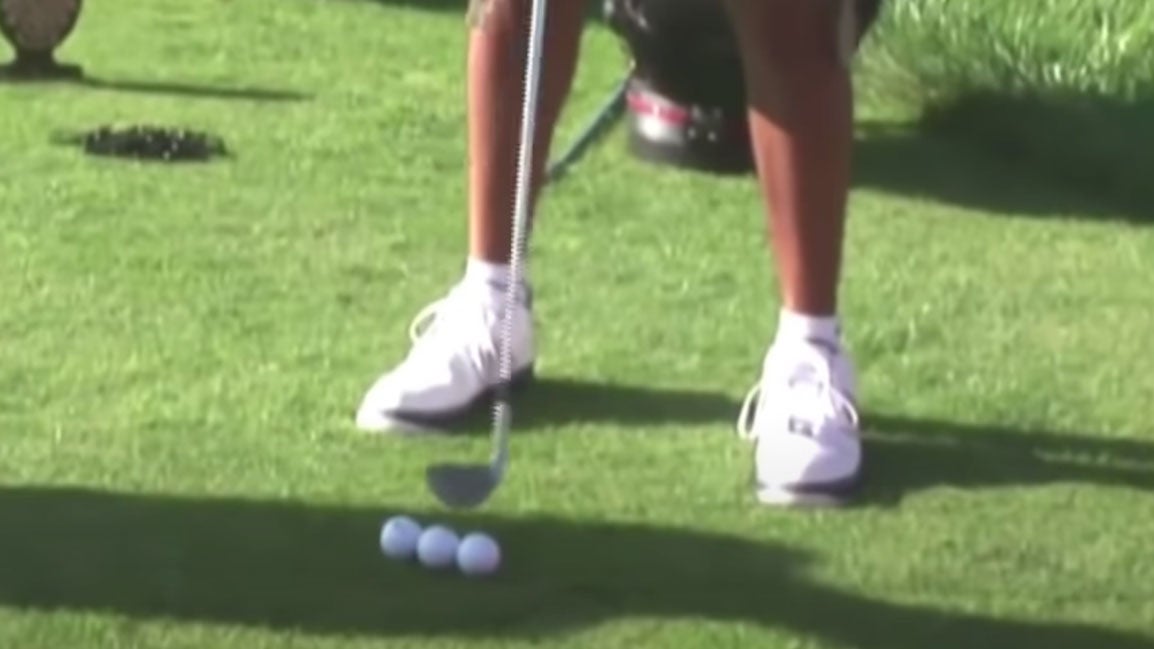 Then he points to the ball at the front of his stance.

“When I hit driver it’s probably another ball up,” he says.

That’s it! Three steps, three balls, back-middle-front. For me, ball position has always been a slightly mysterious, ever-evolving thing, but Woods makes it sounds particularly simple — and the difference between the “back” of his stance (for sand wedge) and the “front” of his stance (for driver) isn’t as wide as I would have thought.

“Is [the ball] going to move a little bit? Mine does. But as you can see it’s not that much,” Woods says. “But it does move and it does flow anywhere in between there.”

As for Anthony Kim? Well, he’s a bit more like the rest of us.

That’s almost a real endorsement of Woods’ method. From A.K., we’ll take it. You can watch the full clip of the clinic below.