The dangers of too much experimentation in your golf game 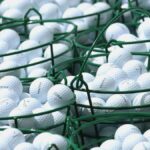 The final event on the PGA TOUR Regular Season schedule is always loaded with storylines and emotion. The 2020 edition was no different.

The Wyndham Championship is always conflicting to me. There is a fun, vacation-type atmosphere that makes it one of my favorite events on tour, yet a number of competitors are always trying to avoid an extended vacation, by finishing in the Top 125 and punching their tickets into the FedEx Cup Playoffs.

This year there were some notable casualties. Fabián Gómez, Russell Knox and Charl Schwartzel all fell out of the Top 125. Major Champions, Sergio Garcia, Danny Willet and Jason Dufner, also failed to advance.

On the happier side of affairs a few players played their way into the Playoffs, most notably Major Champions, Shane Lowry and Zach Johnson.

All that aside, the best story, one that brought tears to my eyes, was that of Jim Herman.

“In golf anything is possible. You just gotta keep a good attitude and make putts.”

Jim’s quote embodies a message that I preach to golfers of all skill levels, ad nauseam.  I understand that on the surface Herman’s quote appears laden with cliché, but if you really mine it you can uncover gold that is guaranteed to help your game.

How a golfer’s mindset turns negative

The sad truth in golf is the majority of golfers have a negative outlook on their games.

Why? Because a beginner relishes every good shot that is struck, as they come so few and far between. As the beginner becomes a novice and later a low-handicap, they begin hitting more good shots, and therefore become hyper aware of their errors. Pretty soon, they’re spending most of their time thinking about what they need to fix.

This attitude is a conundrum. On one hand it is beneficial, but on the other it is detrimental as it proliferates into an attitude that tends negative and self-deprecating. Soon, golfers will begin feeling lost and go searching for answers.

By all means, analyze your rounds and make objective, unemotional decisions regarding what to do to continually develop and improve.  But, be sure to look for the best in everything. Blend reality and rationalism with a child-like approach that views yourself and your game with love and truth.

The real truth is that every day, every round, every shot is a new beginning and a new opportunity.  Every shot has possibility and it is a chance to show off your skill set, mentally and physically.  If you honestly (and continually) embrace this truth you will begin to reshape your attitude and this will have a favorable impact on your game.

Know and believe this… anything is indeed possible.

Be Experimental (but not too much)

When you’re hyper-focused on what’s wrong in your game, it’s only natural to start searching and experimenting with new methods. Which brings us back to Jim Herman

In his post-victory comments Herman mentioned to Amanda Balionis that his three PGA TOUR victories have come with with three different approaches to putting.

There is a lot to learn from this observation but do proceed with caution.

By all means, keep an open mind because you never know where the next game-changer could be, but ensure that you understand completely what the change entails, what the ramifications entail, and everything about the cause and effect of the changes.

Consult with your PGA professional or somebody you respect before you embark on a journey down the garden path chasing the next shiny thing.

Finally, as Jim Herman said, you have to make putts if you want to win.  Take that seriously and appropriate your practice time accordingly.  Do an audit of your practice and the time you allocate to each area of your game.  I am prepared to bet that you spend a whole lot more time hitting shots than you do on the putting green. Flip that! Get good on the greens — you will surely see an improvement in your scores.

“The truth will set you free.”