Amazing video shows the difference between good and bad putts 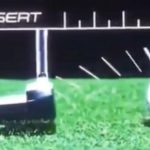 Good putt, bad putt; most golfers generally judge the difference by whether the ball goes into the hole or not. But talk to professional golfers, and almost all of them judge the quality of the putt not by the result, but by the roll itself.

But for those of us who may not be as detail-oriented as the pros, what defines a good roll?

A basic explanation is that it’s a ball that gets rolling quickly, on your intended line, with minimal skidding and bouncing. The latter two are especially important, because the more skid and bounce your ball has when it leaves the putter face, the more likely you are to struggle with consistency in distance control and direction on the greens.

The video below shows why. On the first putt, the ball is struck in a way that gets the ball rolling quickly and without much skid; on the second, you can see it starts with far more skid, and doesn’t roll as much. Putting instructor Marcus Potter, who shared the post, explains why:

Watch the full video below. Focus on improving the roll of your golf ball, and you’ll probably make more putts along the way.