Rules Guy: How do I handle a damaged hole? 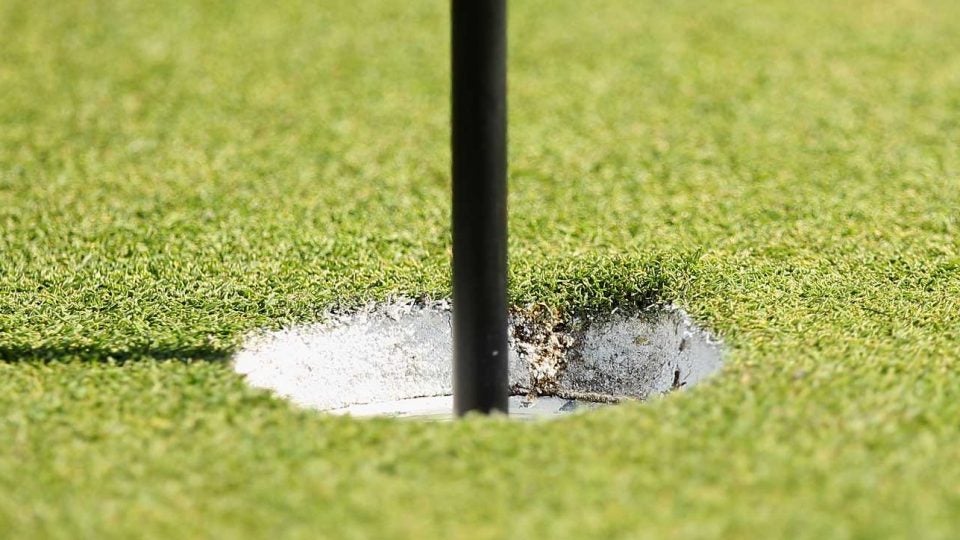 At a recent member-guest tournament, a player missed a putt and slammed the edge of the hole with his putter, leaving a big dent in the cup. Are those yet to play the hole allowed a free placement to avoid the damage if it is on their line? —ED GIL, PONTE VEDRA BEACH, FLA.

Rules
Rules Guy: Can I use a drone to check the pin position before hitting my approach?

Enquiring minds want to know — whodunnit, member or guest? Regardless, someone will have a strongly worded letter in his locker tomorrow! (And the perpetrator could well be disqualified for serious misconduct under Rule 1.2a.)

As to your query, the players should ask the committee to help with restoring the hole to its original dimensions. If that help isn’t readily available, players can try to repair the damage themselves, since it was caused by an outside influence (raging loon). If the desecration is too severe to restore the hole just so, players could attempt to take ground under repair relief, which may or may not provide sufficient relief depending on the severity of the damage.

To be safer, play two balls: one as it lies, the other taking relief by moving the ball on an arc no closer to the hole to the nearest place where the vandalism isn’t directly on the line of play.