The best putters in history do these 2 things, according to Phil Mickelson 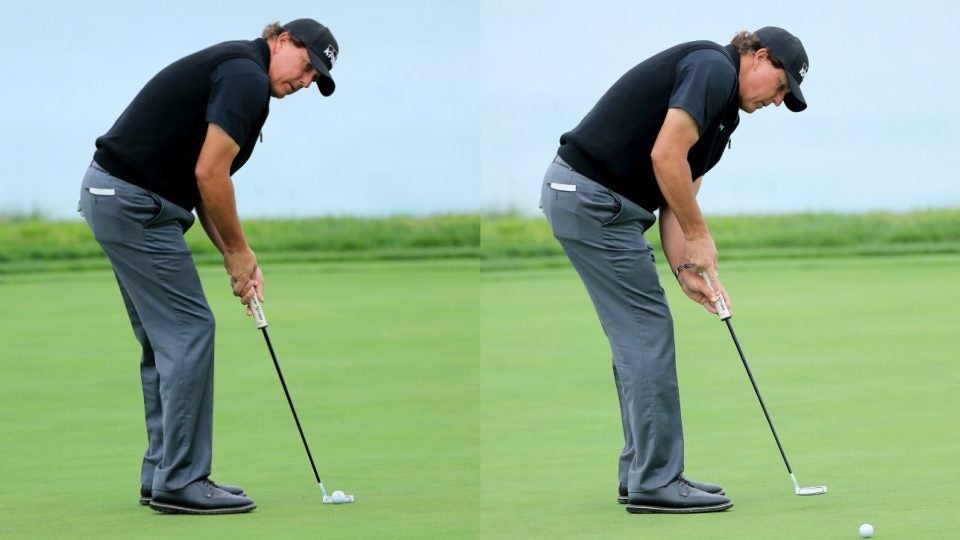 Phil Mickelson, reigning king of golf social media, dropped a video this week that was genuinely useful: A two-and-a-half minute instruction video about the fundamentals of putting.

Phil, following up on his video from a few months ago where he said he was “much fatter,” revealed two key fundamentals that he said he learned from talking to a number of golf’s great putters.

“There are a million different ways to putt, ” Mickelson says. “There are two things that stand out to help make it simpler … some of the great putters in the history of the game do two things.” Here they are:

Their hands tend to be a little high at address, Phil says, which helps prevent the putterface from rotating too much.

“When they break their wrists, the face stays square, it’s just de-lofted. But it’s still aiming at the target. When they drop their hands, the face rotates more and they have to time it.”

Fundamental #2: Start Backswing With The Heel

Phil said when he was struggling with his putting, he sought advice from a number of great putters who all said the same thing, in different ways, which helps them stay aggressive.

With those two things in place, Mickelson says he simply focuses on making sure all his body “lines” are aligned properly, and then makes his stroke. 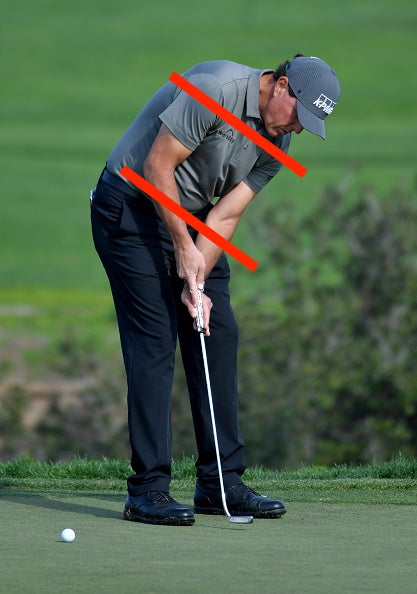 Good stuff from Lefty, which you can watch in full below.

We will discuss many things that can help your putting in the future. These two fundamentals are a great place to start.