Heads up, in the cup.

A few years ago, down in Pinehurst for the GOLF Top 100 Teachers Summit, I capped the event by playing a twilight nine with an eightsome around The Cradle. It was one of those classic twilight rounds that live long in the memory, but for as wonderful as The Cradle is in itself (and it really is wonderful), it wasn’t the golf course I remember most.

Rather, It was the putting performance of one of my playing partners that evening: Dr. Sasho Mackenzie, an influential biomechanist in the golf space who dropped putts from all over the place using his “heads up” putting technique. Rather than looking at the ball during his putting stroke, Sasho’s head and eyes remained fixed ahead of him — which more often than not gave a first-hand look at the ball dropping into the hole.

Sasho, who you can and should follow on Twitter right here, published a study in 2017 which found that golfers who adopted the heads-up technique were more successful than golfers who didn’t. It’s been slowly making its way on Tour ever since, and with my putting needing a reboot before the summer, I decided to give heads-up putting a go in my own game.

I’ve been putting “heads up” for about a month now, and I must say: It’s been awesome. Really awesome, actually. I’m making a lot more putts — especially between 8 and 15 feet — and I feel more comfortable, too. It’s going to take a lot for me to go back to my old way of putting, and with the evangelical zeal of a new convert, I wanted to share a few of the things I’ve learned in case you’re now curious enough to make the switch, too… 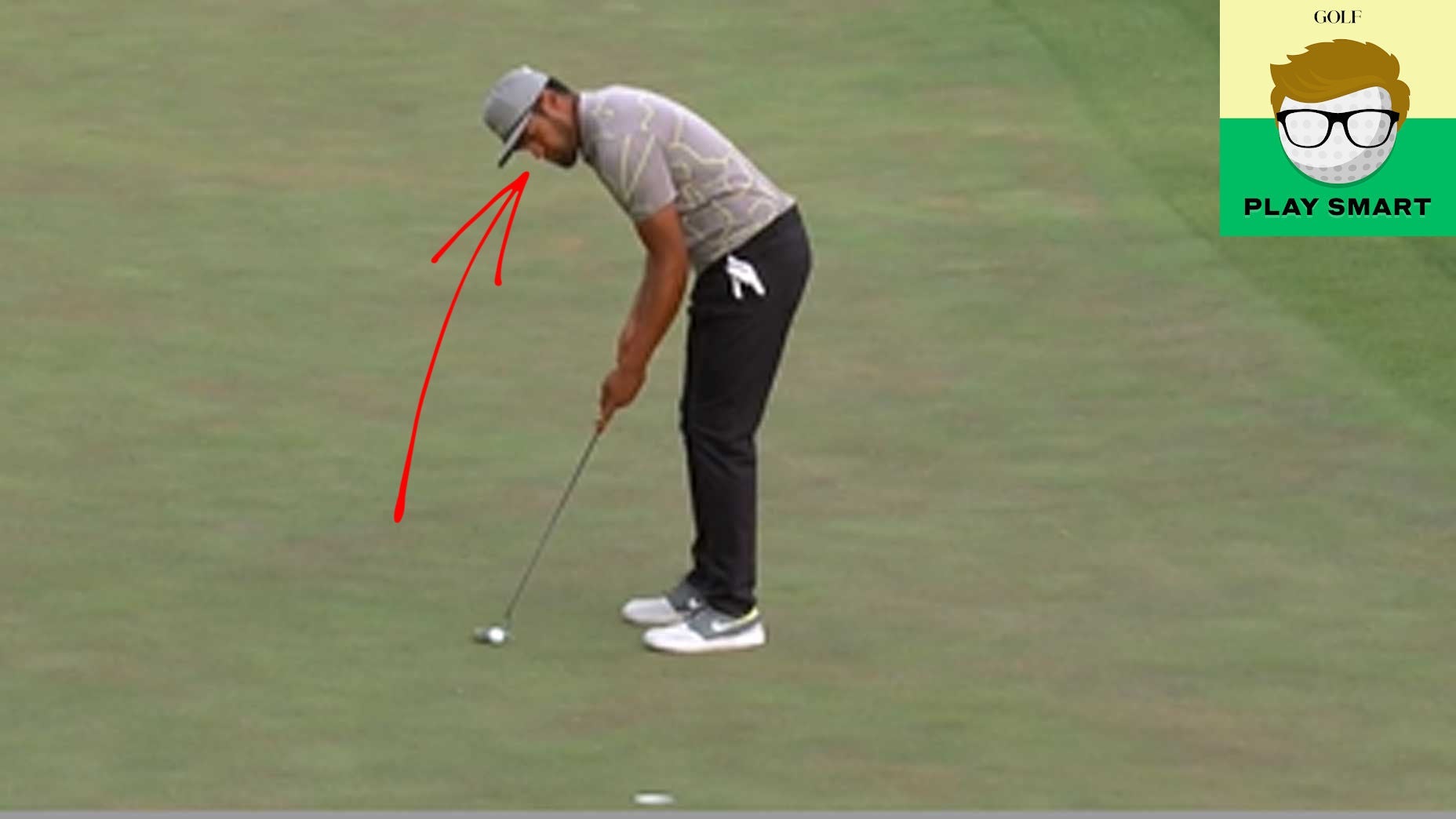 So you want to try heads-up putting. That’s great! My first and most important piece of advice is to not force it. Don’t make yourself look at the hole on every putt. Start by looking at the hole on your practice strokes, and then eventually on short putts. If you feel like you don’t want to look at the hole on certain putts, that’s ok. Look at the ball instead. Don’t set hard-and-fast rules for yourself. Tony Finau says he looks at the hole when he feels like it, and that’s it. It really doesn’t need to be more complicated than that. I started that way, but found since that I like the feel of it so much that I end up looking at the hole on 95 percent of putts. There’s only one exception…

2. I look down on the longest putts

I look at the hole on basically every putt at this point — except on my very longest putts. And by that, I mean those putts ranging about 50 feet or longer. The reason I look at the ball on those isn’t by choice; it’s because those putts require a longer backstroke, which pulls my head back down. It all falls back into Tony Finau’s “feel it, don’t force” advice.

3. It tightens my focus

Lots of different studies have shown the importance of “quiet eye” putting. Translation: The best putters in golf have the tightest focus. They don’t look at the golf ball, they look at a dimple on the golf ball, and keep their eyes fixed there throughout their stroke. Worse putters tend to focus all over the place: They don’t just look at the entire golf ball, but also the area around it.

Ultimately, I think that’s why the technique seems to work for me. Because looking up has the effect of lasering me in on a specific spot. When I look at the ball, I’m not as focused.

4. Don’t only look at the hole

This is a super important point. On breaking putts, don’t look at the hole. Look at the point where the putt will break off. On putts without a severe break, I’ve found success looking at the entry portions of the hole: The left edge, for instance, or the back of the cup.

Remember that looking up isn’t the same as looking at the hole, so pick a specific spot.

5. Stroke toward your spot

One of the great things about heads-up putting is how free it makes you feel during your stroke. It helps you create a relationship with your target, which is something you should embrace. With that in mind: Once you settle on a spot, think about stroking toward it. The same way would wouldn’t look at the ball while you’re bowling. You’re letting your arms float toward where you want the ball to go.

The only real negative I’ve found with heads-up putting is that I tend to putt really aggressively this way. I feel more free, and hit putts harder because of it. It’s nothing a little practice can’t solve, but keep an eye on it if you adopt this technique.