Find the slot in transition, and then turn.

AUGUSTA, Ga. — It’s been six years since Jordan Spieth last slipped on a green jacket, and a lot has changed since. Back then he was free from the pressure of expectations. A young talent, new to the scene, swinging without fear and bearing the results.

And then the wins started drying up. Just one in four years following his 2017 Open Championship victory. The ball suddenly wasn’t going where he wanted on command, which Spieth says presented him with a particular challenge.

“I like to work the ball both ways, which could be a blessing and a curse,” he said on Tuesday ahead of the 2022 Masters. “If it’s on, you can get at any pin. But if it’s a little off, you have to know what to go to to make sure you’re still going to play a nice round of golf.”

With expectations of what he could do still firmly planted in the minds of golf fans, suddenly he had to address a more uncomfortable slate of questions: Why wasn’t he doing it? Spieth was bluntly honest about it: He didn’t feel good about his swing, and wasn’t sure what to work on. Those comments led to an army of second-guessing and punditry — a fate that tends to befall any high-profile athlete speaking with such candid, introspective honesty.

It took some hard work — and it’s not quite there yet, Spieth says — but he finally seems to be on the other side of it. He led the field in SG: Tee-to-Green at the Valero Texas Open the week before the Masters, and his ball striking generally has been trending up due to a two-pronged swing thought: Turn and Burn, which in a nutshell means shallowing the club in transition, then turning as hard as you can through impact.

“It’s allowing me to feel like I’m not using my hands, and I’m able to just hit it with my pivot, hit it with my body,” he says. “I’m still kind of pushing the agenda to get back to my DNA of the way I used to really swing the club.”

He says practices this by making lots of slow motion golf swings. The more he does it, he says, the more he sees his results improve.

“It’s getting closer and closer,” he says. “I just feel very slotted, very free through the shot.”

We caught a glimpse of it up close on Tuesday, on the 11th hole of the 2022 Masters. 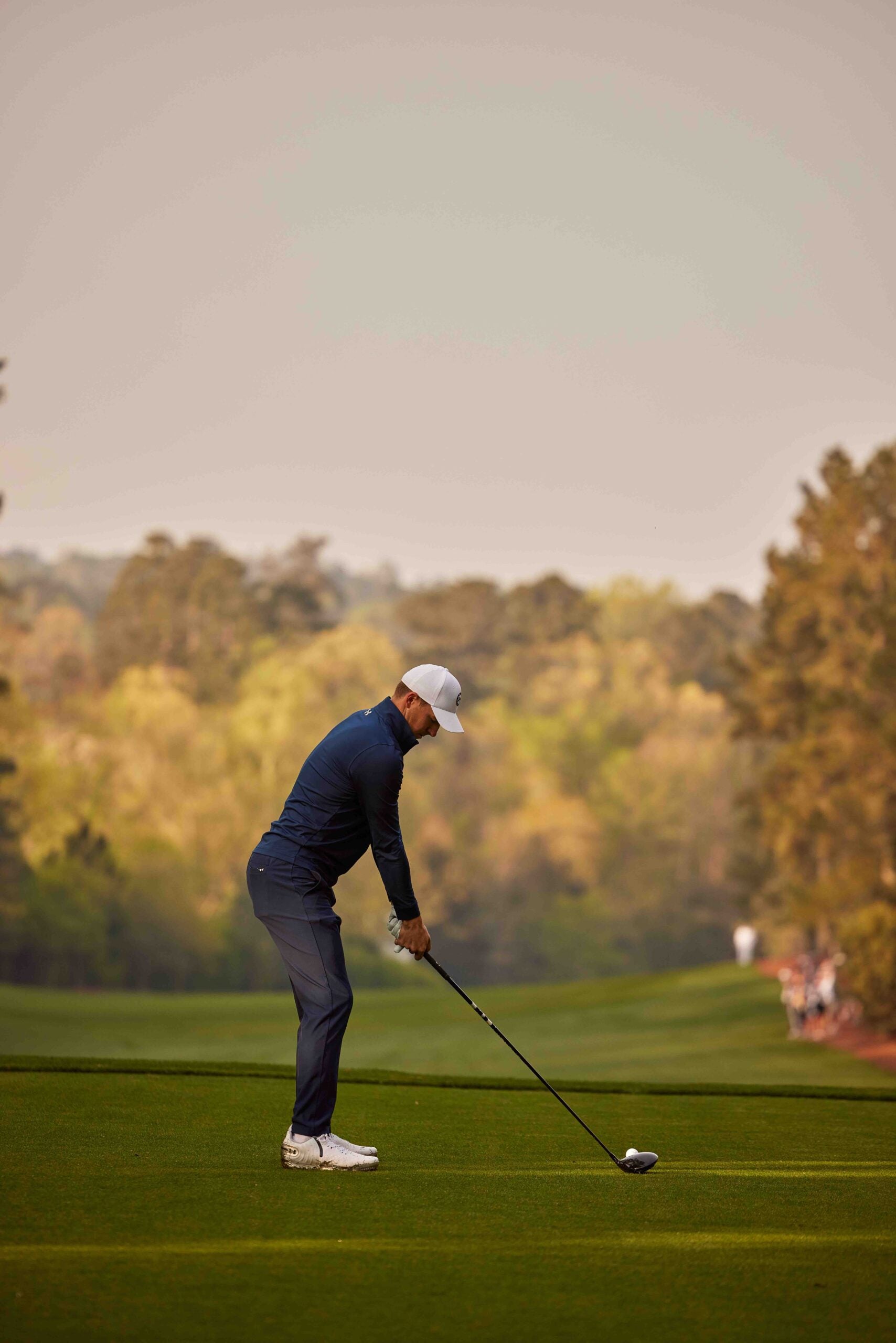 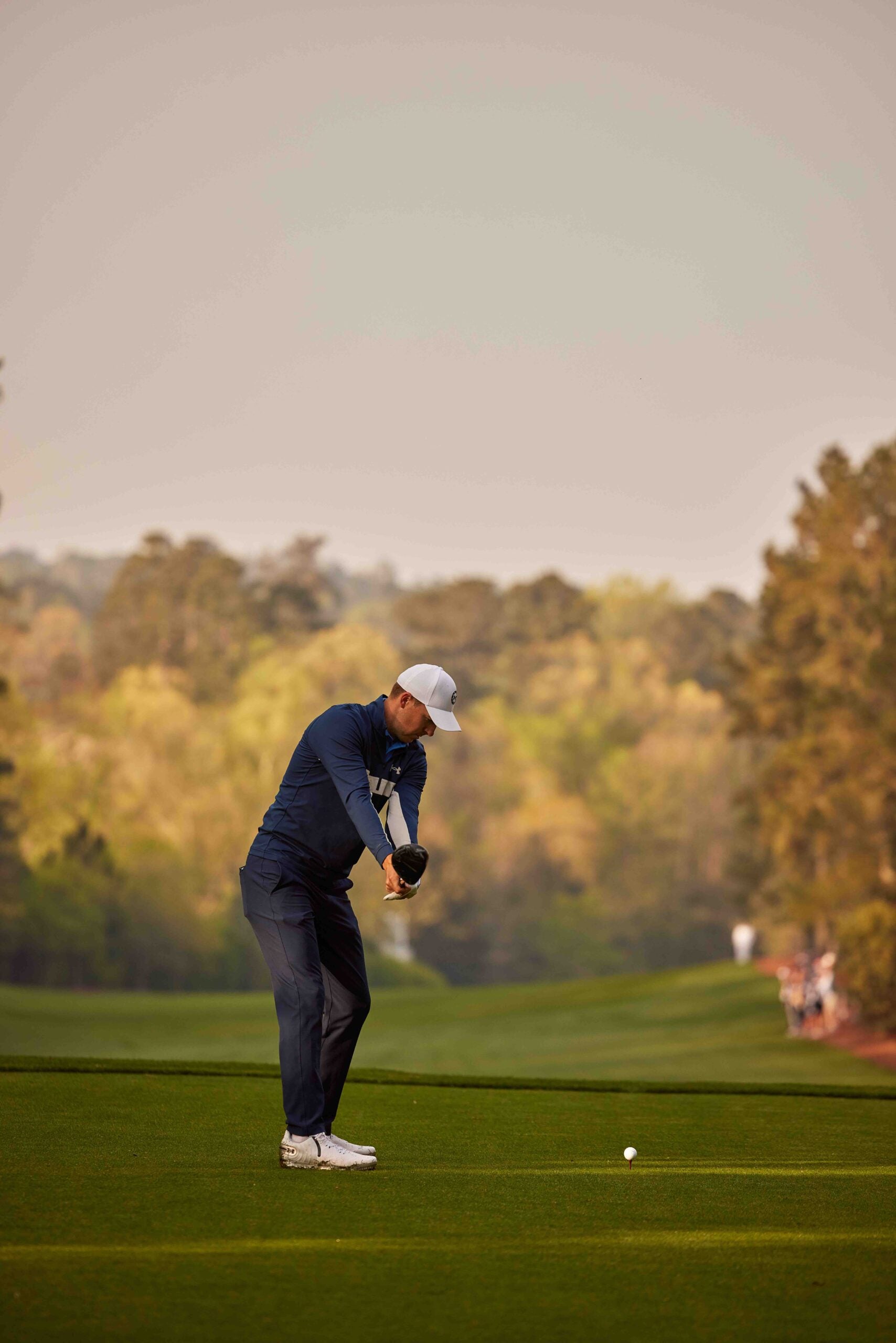 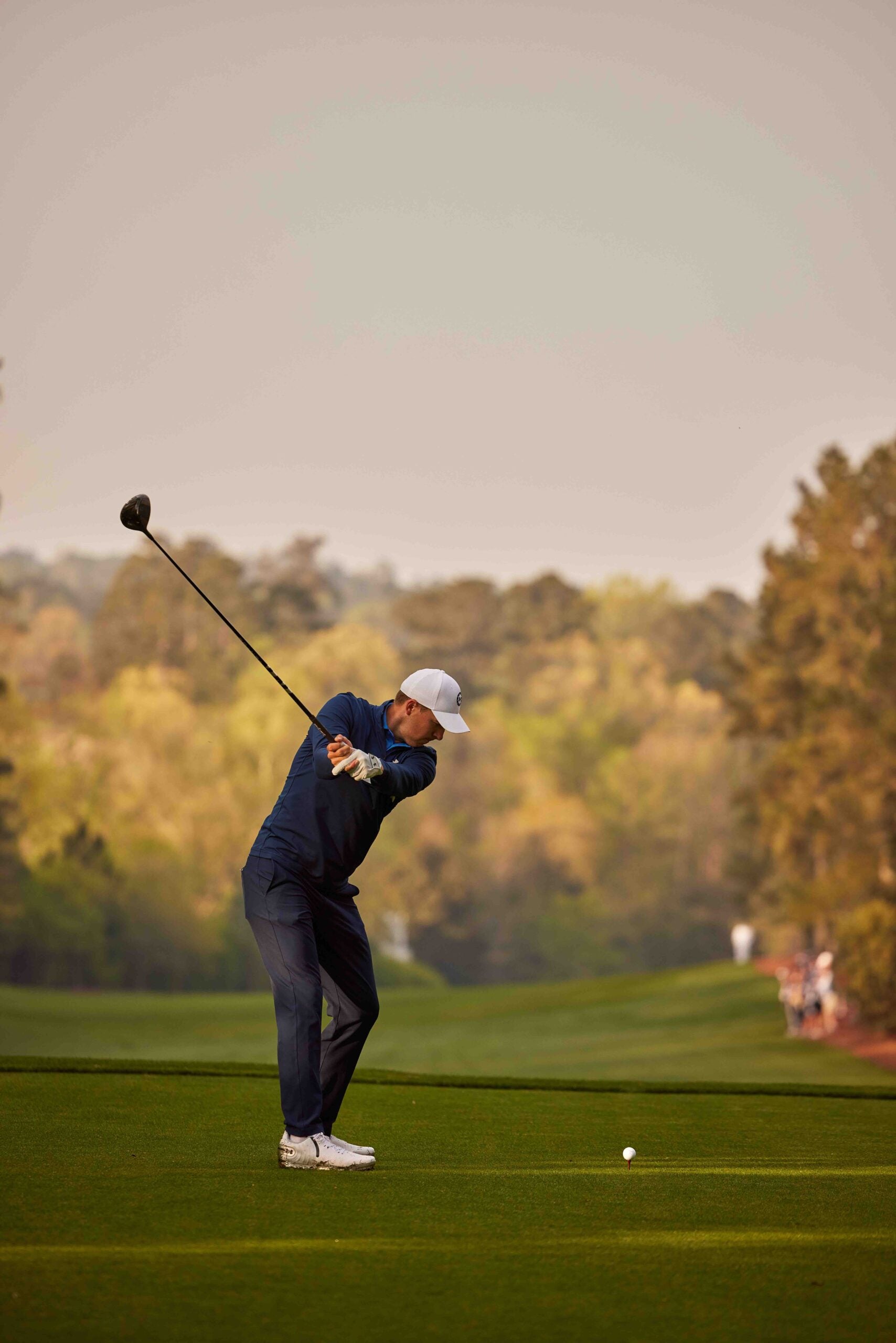 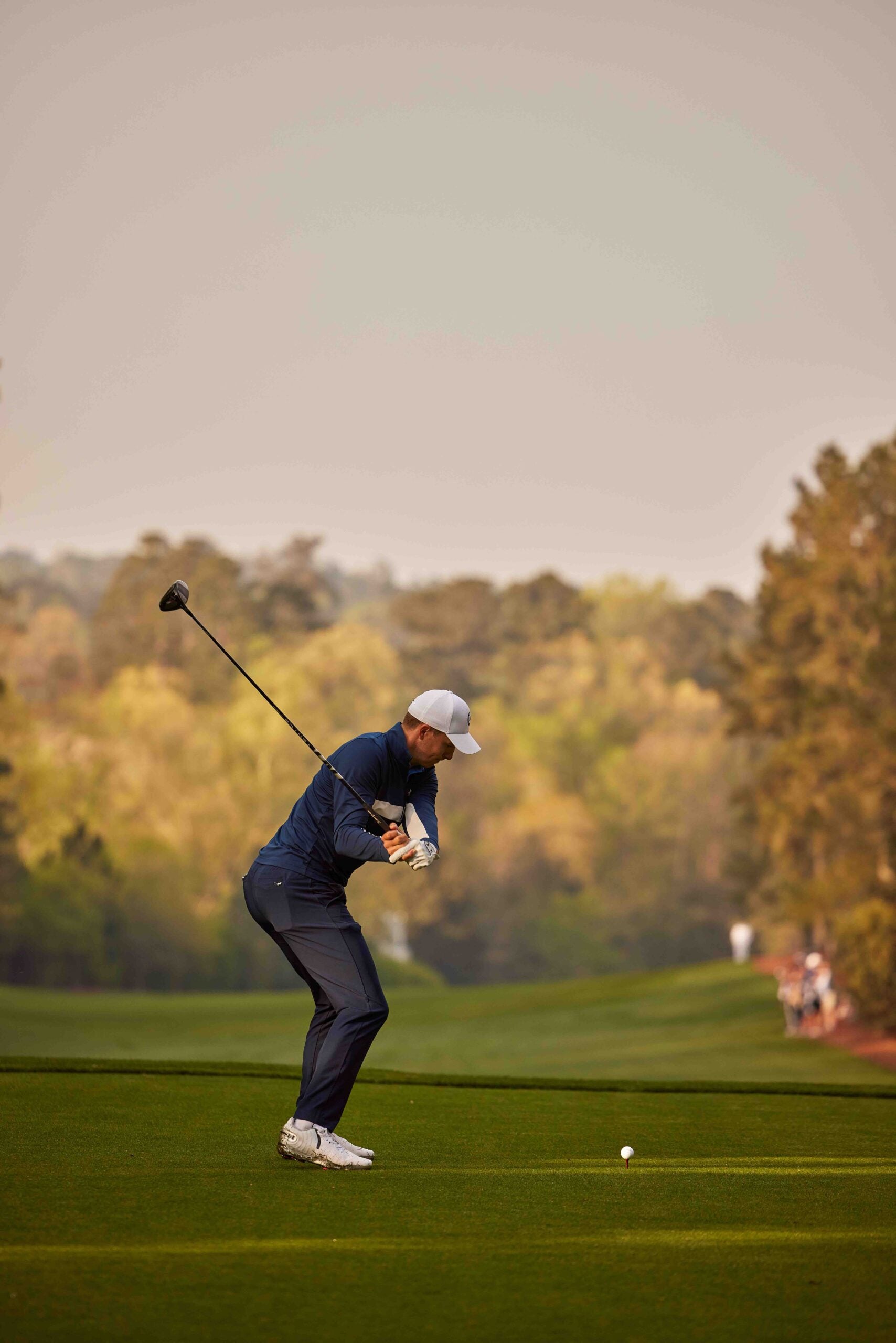 Here’s the money position that has Spieth feeling “slotted.” When he gets his arms stuck too far in front his body, he tends to get steep and hit either pulls or spinny fades. 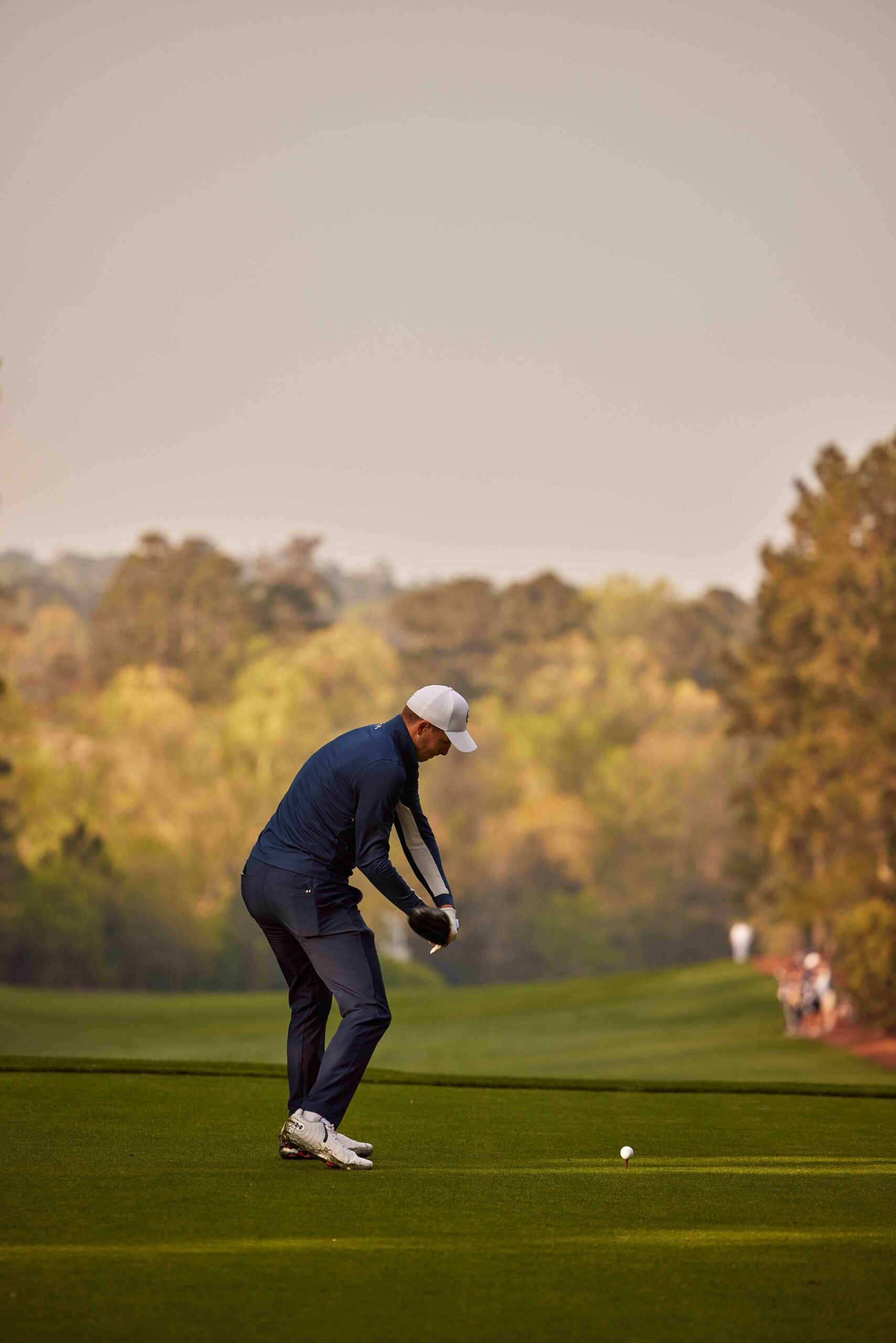 Notice how Spieth’s clubhead is inline with his hands at this point. Once he finds that slot with the club, Spieth says he can feel like he turns hard and fast through the ball with his body. 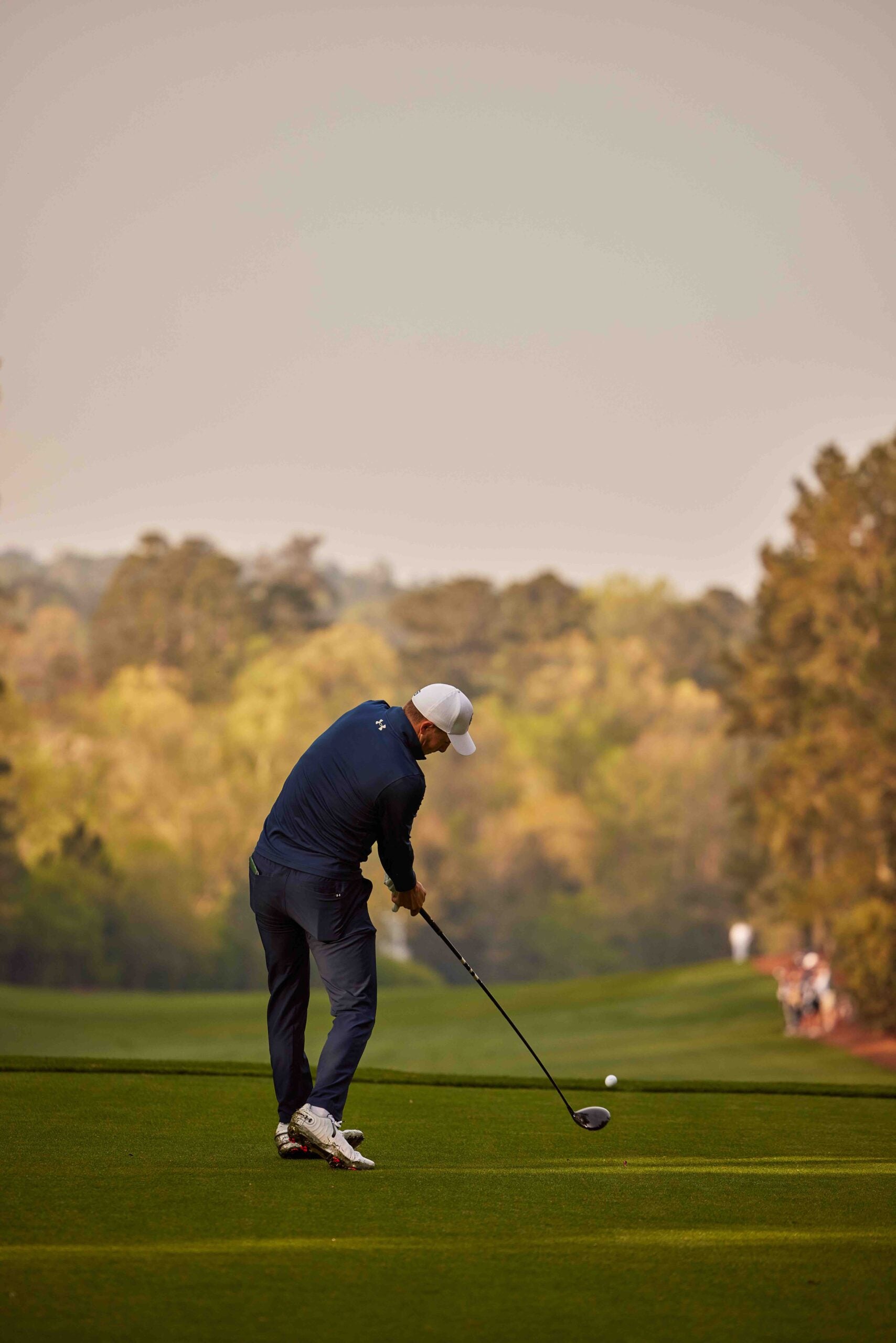 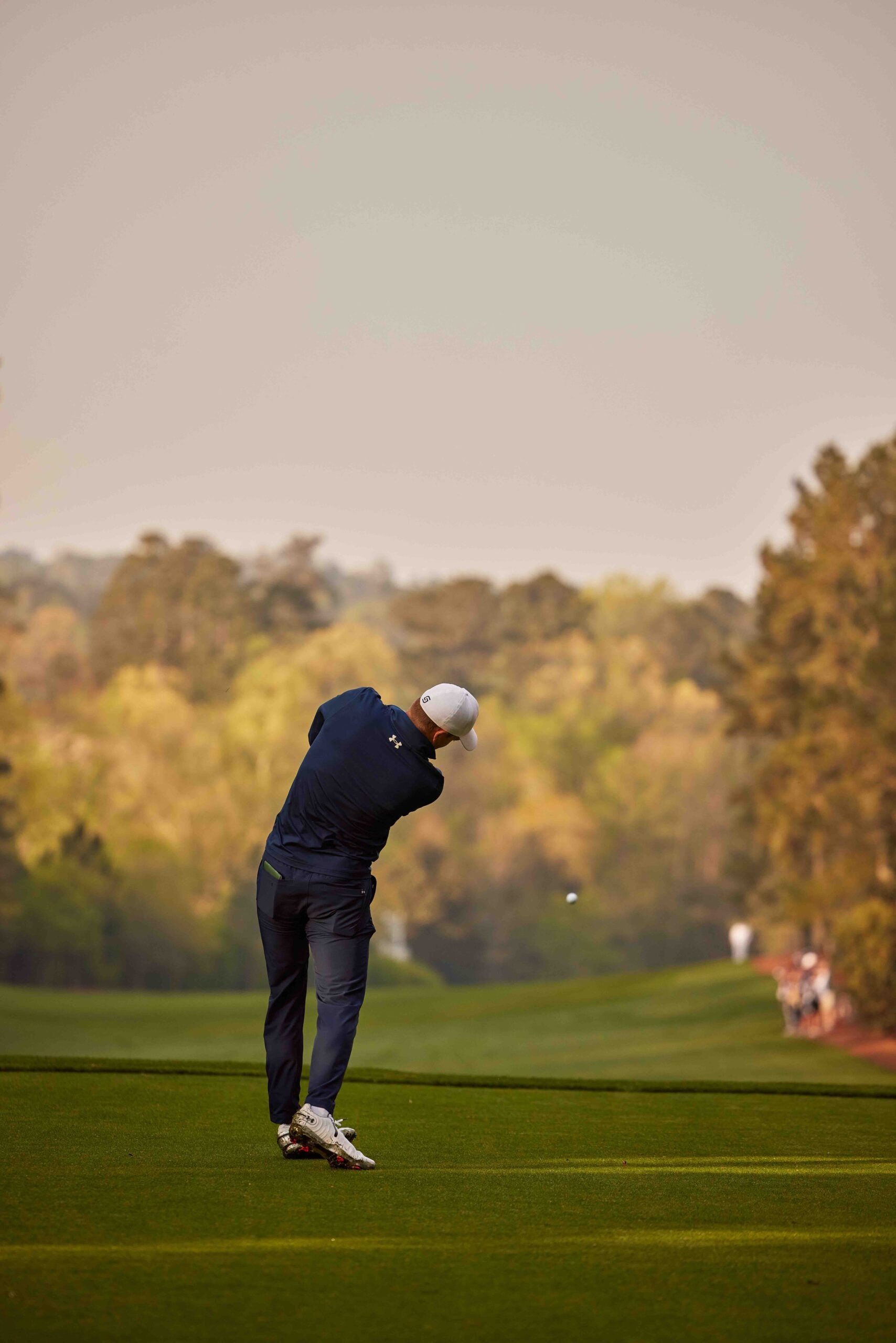 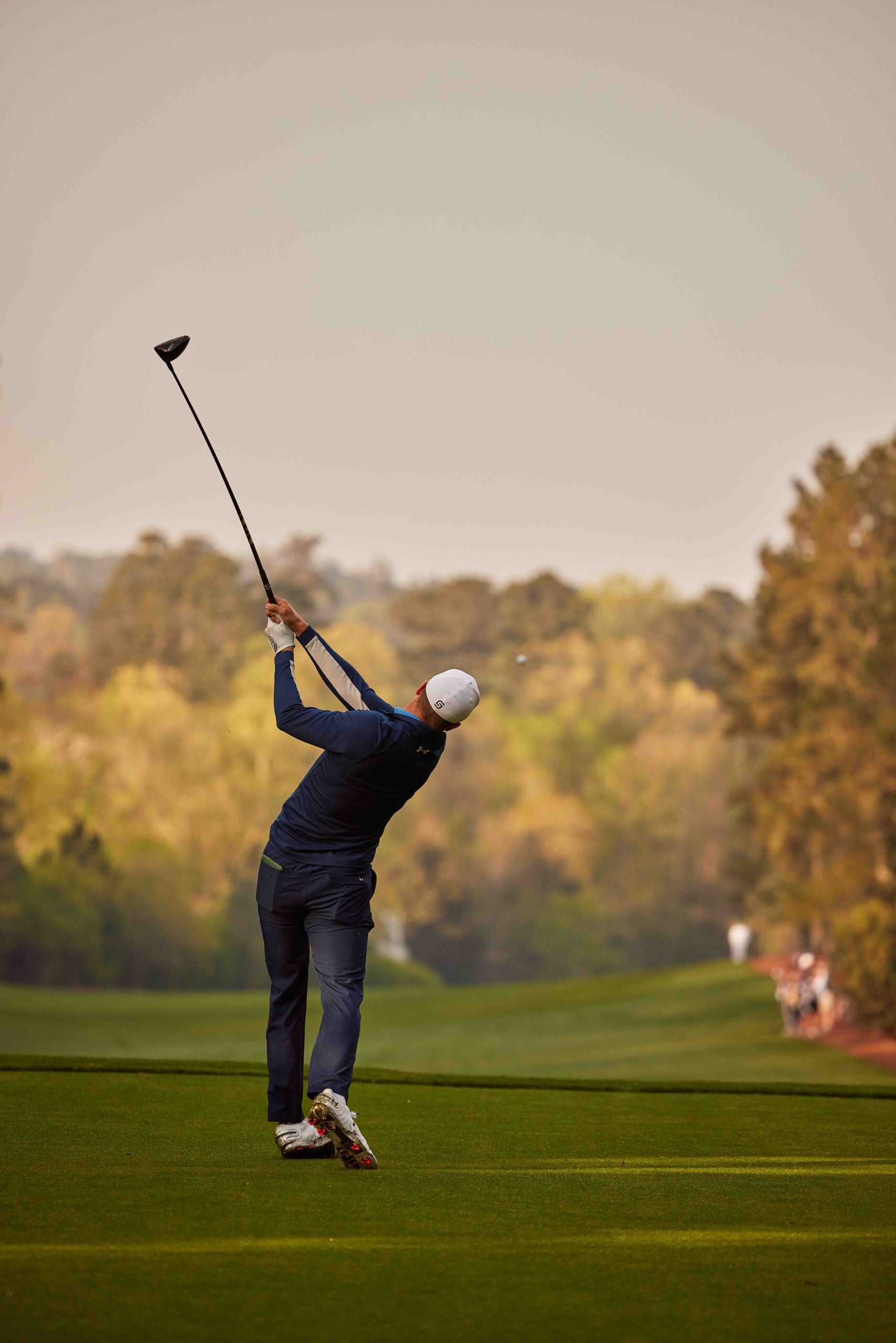 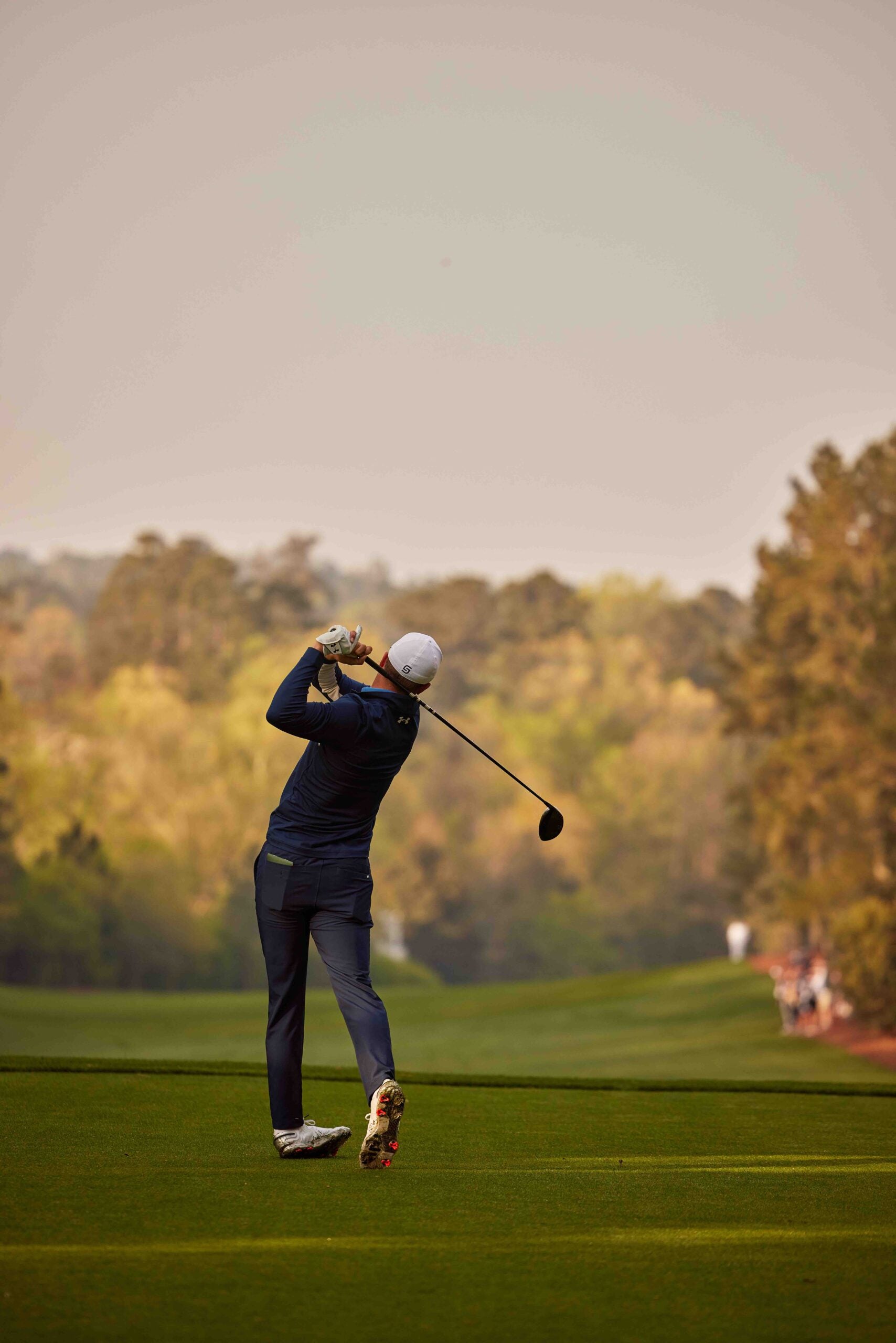