Why Jordan Spieth might have finally found his golf-swing breakthrough

One of the reasons Jordan Spieth’s struggles have been so painful to watch in recent years is because they hit us on a distinctly personal level.

Every avid golfer, at some point, has experienced the dreadful feeling of standing on the tee and having no idea where your ball is about to go — but knowing in your heart it won’t be the fairway. Feeling so lost that you’d rather walk off the course than continue playing a game that’s supposed to be fun. Feeling embarrassed that your playing partners have to bear witness to this. Feeling failure.

It’s a bit silly to talk about a game this way. But the brutal beauty of golf is that it does take you to some dark places along the way. The task is not avoiding the storm but soldiering through it to the sunshine on the other side.

Spieth, the man who threatened a Grand Slam in 2015, hasn’t won anywhere since 2017, and exact explanations have been hard to come by.

He went chasing distance, analyst David Duval says, and that many people agree on. But it quickly gets foggy after that. Bryson DeChambeau and countless others have chased distance and it worked for them, so why not Spieth? Every teacher I ask has a different take on it, and Spieth himself has sounded lost about what to do.

But what’s done is done. The most important thing is that now Spieth, with the help of longtime coach GOLF Top 100 Teacher Cameron McCormick (and a quick Cameron-approved consult with GOLF Hall-of-Fame teacher Butch Harmon), seems to finally know the road ahead. I was lukewarm the last time a story like this popped up, but truthfully, I’m more cautiously optimistic this time around. Bullish, even. And Spieth sounds so, too.

Spieth himself has been more open when talking about his golf swing in recent interviews, and more importantly, he’s told a consistent story about what he’s working on.

“I’m just trying to get out of the bad habits I got into … try to get back to what I did best that I didn’t realize I did at the time,” Spieth said at the Waste Management.

And what were those bad habits?

“It’s reversing how I was steepening the club [in transition] to shallowing the club, transitionally,” he said.

Swing jargon alert. But have no fear: Here’s what Spieth’s talking about.

On the left is a picture from Thursday at the AT&T Pebble Beach Pro-Am; on the right, one from the 2020 PGA Championship, where he played so badly that he literally apologized to his playing partner Justin Thomas after one of his rounds.

The picture shows a small but important difference. Notice how, on the right, Spieth’s hands look more in front of his body, like they’re in the middle of his chest. On the left, they’re farther behind him, more toward his right armpit. That’s what he’s talking about. Spieth’s swinging more steeply (up and down) at this point in the right frame, and more shallow (around his body) on the left.

You can see it if you look at his body, too. Notice how, on the right, both his hips and torso are more rotated, whereas on the left his body is less rotated. His chest is less turned and facing more away from the target at the same point of the swing.

Yes, this does matter, because what we’re talking about here is the most important part of your golf swing: The sequence in which your golf swing moves.

You may not realize it, but when you play golf your brain wants to hit the ball straight, and is working to help you do that at a pretty instinctual level. When it detects your body might not hit it straight, your brain will try to make instant compensations to correct it. But the golf swing happens really quickly, so it doesn’t always go right. In fact, once the train has already left the station, it’s mostly impossible to change the tracks it’s on.

That’s what was happening when Spieth was getting steep. His club would get steep in the early downswing, and his body would try to make instant corrections to shallow it out.

Sometimes, he’d try to shallow-out his swing at the very moment before he hit the ball. If he timed it right with his hands, he’d hit push-draws that were playable, but had lots of curve that wasn’t always easy to control.

Unless he didn’t time it just right. If he didn’t close the clubface enough, he’d hit big blocks like this.

Other times, he’d not make the compensation in time at all. Maybe he’d get the clubface just right and hit tight fades. We like those.

Either way you can see the problem here. Spieth was stuck in a timing-compensation cycle that brought a pull, draw, hook, fade and block all simultaneously into play on every swing. Spieth said so himself this week, talking about his new move: “I don’t feel like I have to use my hands as much and don’t get stuck,” he said. “It’s just too hard to be consistent out here doing that.”

Spieth talks a lot about getting his swing back to where he was when he first came on Tour, and you can see why. The picture below is from 2014. I tried to find as similar a camera angle and position as possible. While it’s not identical to the positions in the pictures above, you can see that in a very similar position, Spieth’s hands are more behind his body, with his club more shallow.

All of which is to say that Spieth and his swing are in an increasingly better place now. He’s trying to get a little more shallow earlier in the downswing. Once he drops that club more in the slot behind him, he doesn’t have to worry about course-correcting later in the swing. He can just feel like he turns through to the finish, as much as he can.

“I feel like I can kind of turn and burn. I can get over to my left side and clear out,” he said on Thursday. “Feeling like you’re kind of hitting the ball with your pivot versus having to back up and use your hands.” 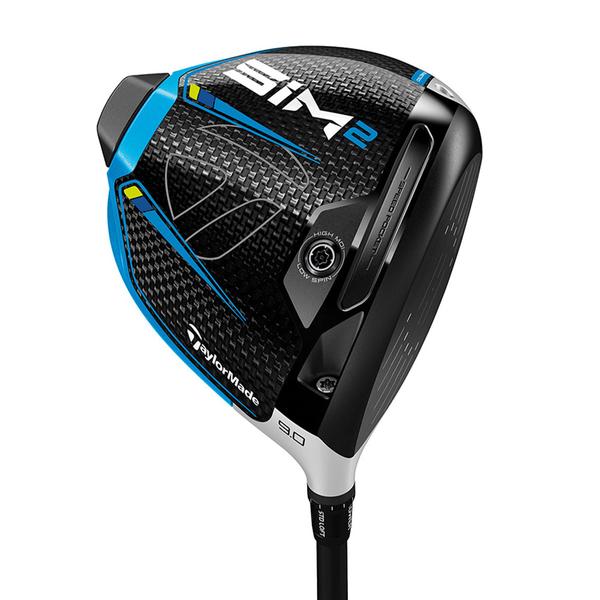 First we reshaped the driver, then we reconstructed it. Completely rebuilding the driver from the ground up to give you both forgiveness and distance. Go ahead, the tee box is yours. Swing away.
Buy Now