Grind it out: Jim Furyk’s 3 tips to salvage a score on a bad day

Salvaging a score when things aren’t going your way is a skill every golfer needs.

I’ve had a long and enjoyable career on the PGA Tour (30 years!). Over the decades, I’ve realized that you don’t necessarily make money on the good days. Those are fun, but most pros earn their living by getting through the bad ones.

Salvaging a score when things aren’t really going your way is a skill every golfer needs — who cares if you don’t look “pretty” while doing it. Trust me: Grinding pays. Here are three things I always do to be in the mix. 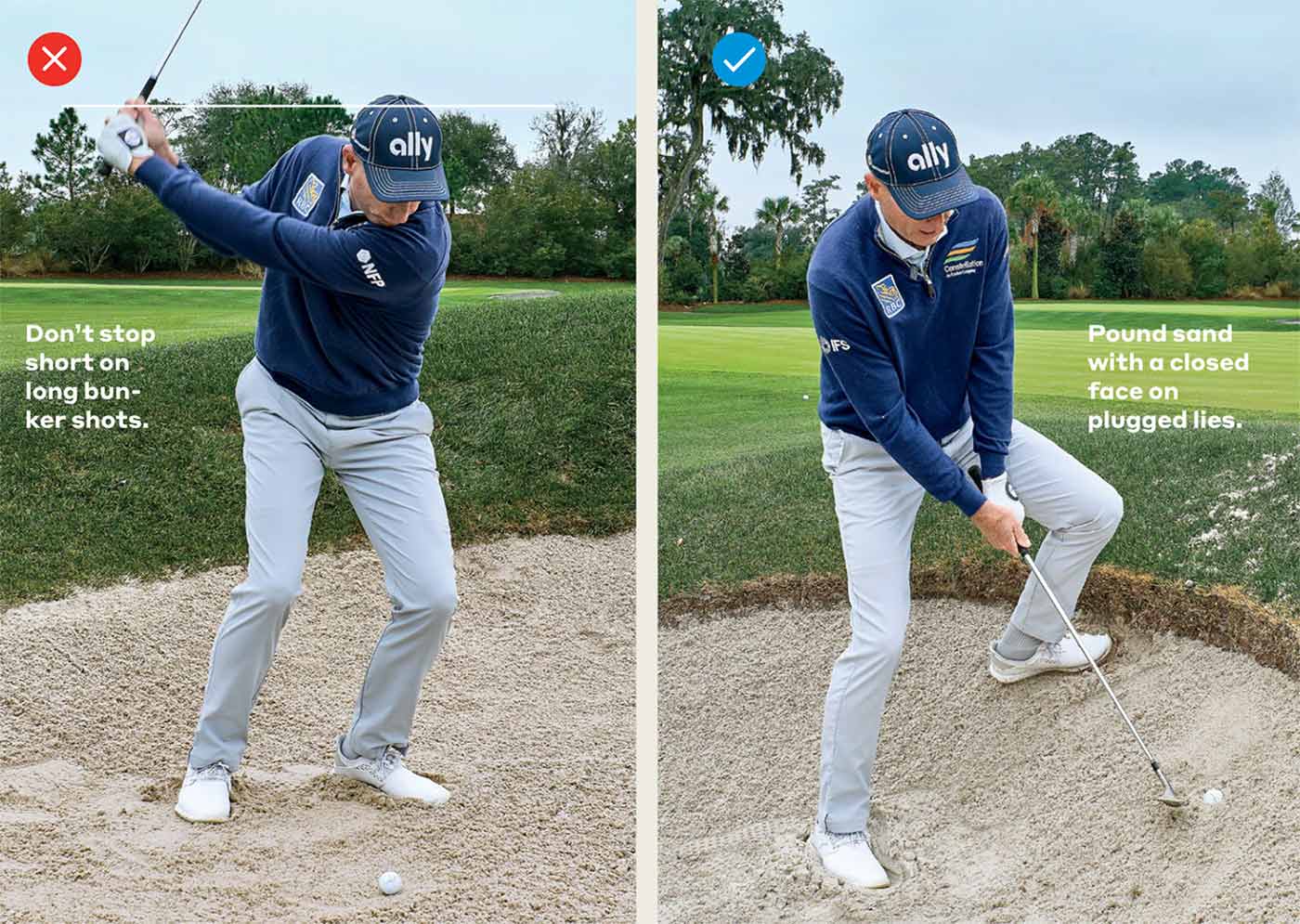 1. Escape tough bunkers in one shot (not two)

Nobody likes long bunker shots, not even Tour pros. One of the mistakes I used to make in this situation was getting short on my backswing (top left) and quick on the way down in an attempt to hit the shot hard. Eventually I learned to make a nice, long backswing using my normal rhythm. It’s made a huge difference.

Another bunker bugaboo: plugged lies (top right). This one’s easy: Close the face at address and, at impact, pound sand! Here, you don’t even need a follow-through.

With any bunker shot, keep more weight on your left side. On the long ones, set the face slightly open. 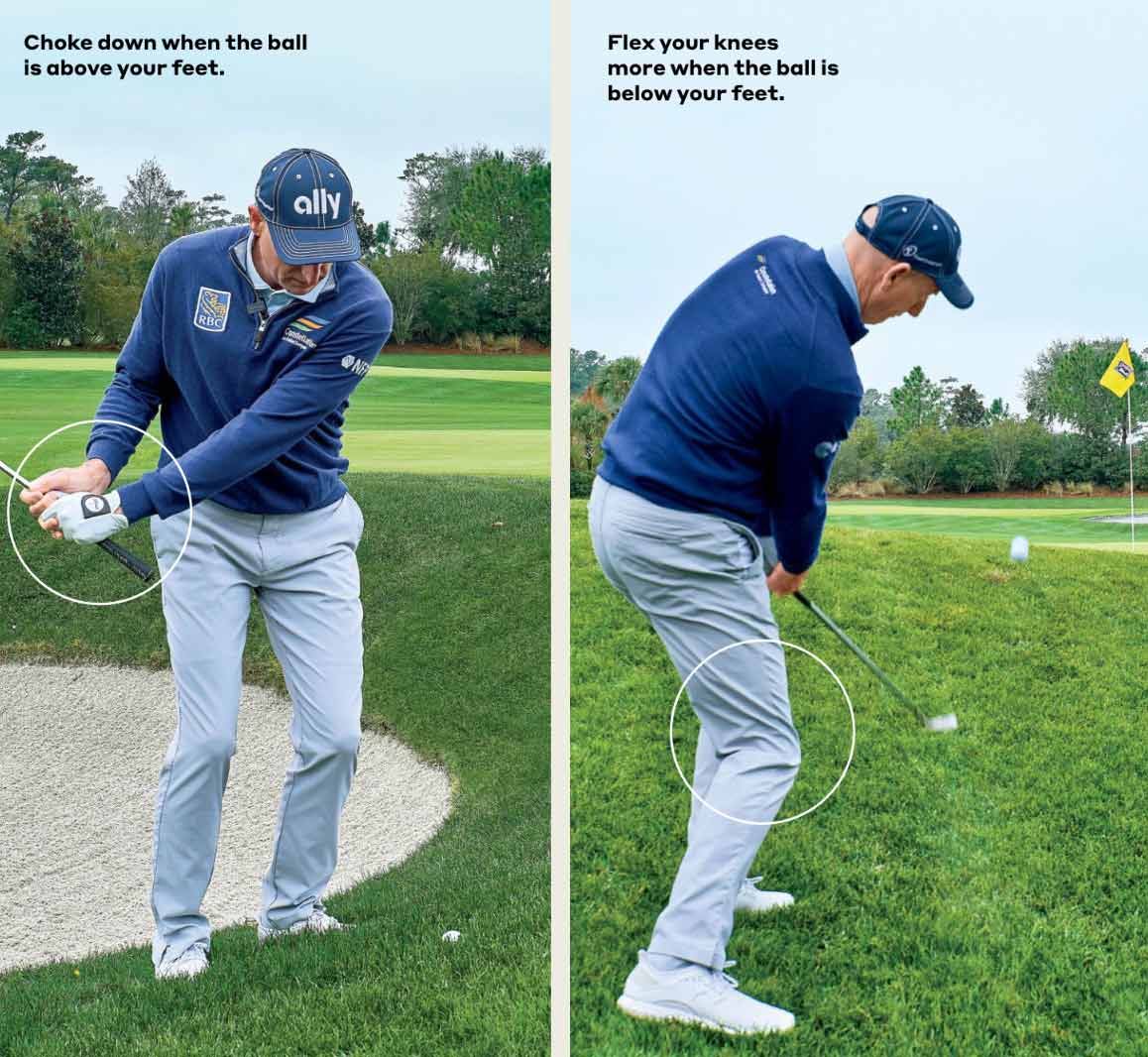 2. Don’t slip on those short-game slopes

On uneven greenside lies, your main goal is solid contact. When the ball’s above your feet (top left), choke down all the way to the steel. This brings the clubface more in line with the ball. When the ball’s below your feet (top right), use your normal hold but add a little more knee flex. On either lie, tilt your shoulders at address to match the slope you’re standing on and swing in the direction of the hill. That means dropping your right shoulder on uphill lies and left shoulder on downhillers. 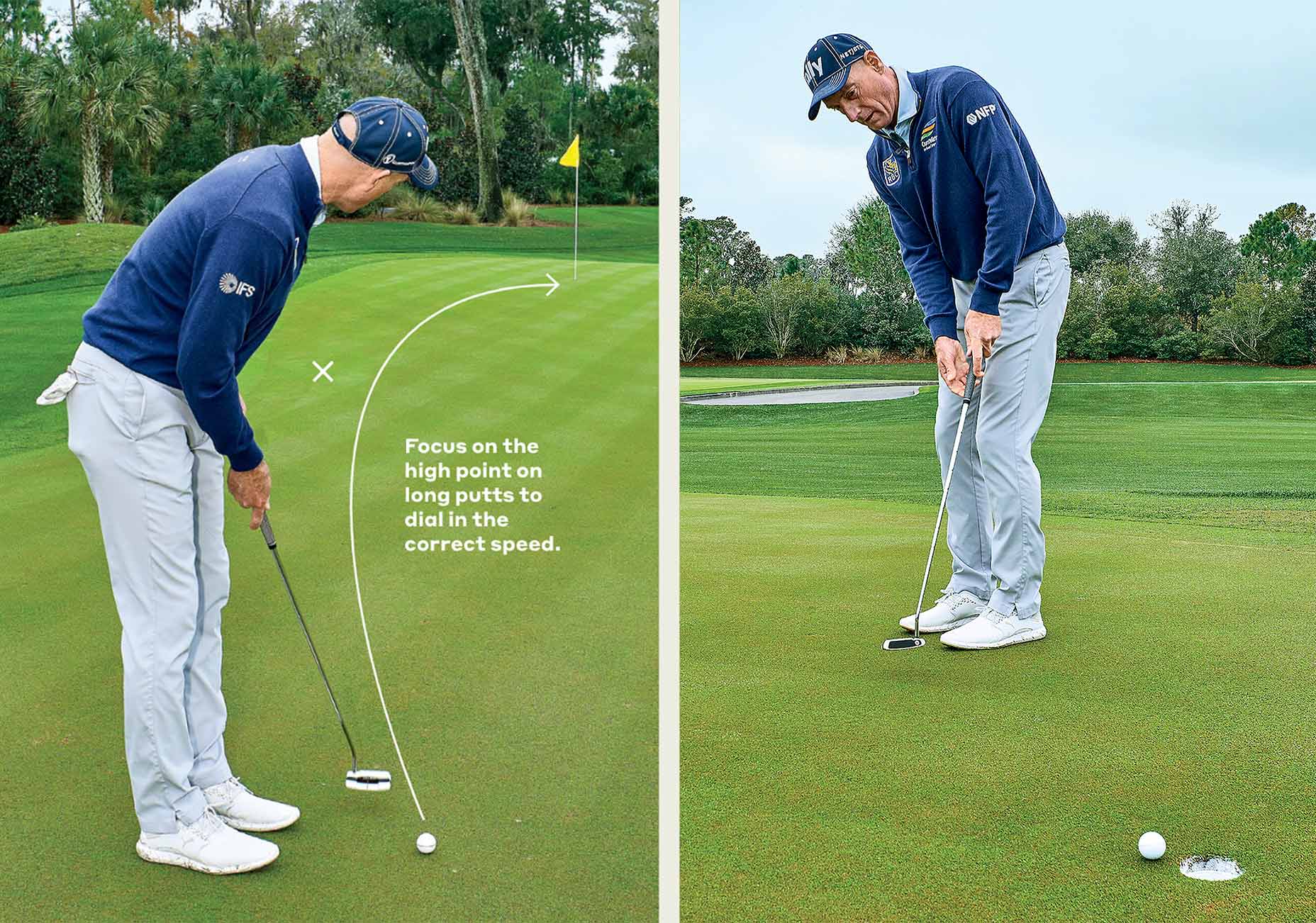 Putting hasn’t always been a strength, but I’ve made some big putts when it counted. On long putts, I focus mostly on speed. The trick is to locate and focus on the high point of the break (top left) — that’ll really help you dial in how much force you need. As for the motion itself, hit putts using only your front hand (top right) when you practice. As you do, you’ll feel your nerves subside and confidence rise.

On short putts, I focus primarily on the line. Lately, I’ve been using an On Point ball marker. Just match the line on your ball with the line on the marker. It’ll assure that you’re aimed exactly where you want to be. If you make a smooth stroke, you can’t miss!