How to break 90 consistently, according to five 80s-shooters

Breaking 90 is a key landmark for many golfers, a status symbol of sorts. Just as we did by consulting low-handicaps on how to break 80, we’re now helping 90s shooters take that final step. We rounded up a handful of low- to mid-handicaps around the GOLF.com/GOLF Magazine offices to get their two cents on how to turn a 93 into an 89 — or better!

Rory Fugazy: 8.8 handicap: In my experience, being an 80s golfer comes down to two things: consistency and mentality. If you’re struggling to break 90, you’re probably not hitting Greens In Regulation on a consistent basis. That’s ok — as long as you stay within your game and don’t let one missed green turn into a big number.

If you’re having difficulty with your driver then minimize your errors by chipping out and making an easy bogey, rather than trying to save a heroic par. Doubling down usually leads to blowup holes and those kill your rounds faster than you can put your driver back in your bag. By consistently eliminating doubles or worse, I inevitably also feel more confident — which is half the battle in this mental game.

Oh, and an adult drink or two never hurt. A little swing oil can help.

David Denunzio, 9.3 handicap: Breaking 90 is easy when you’re hitting fairways. Even if your iron game isn’t razor-sharp, you’re likely to advance the ball close enough on your approach for your short game to save you. Get near the green in two. Simple. You only need to get up-and-down a third of the time to post something in the 80s. If you struggle with accuracy off the tee, find easier-to-hit options (5-woods, hybrids), and use more of a control swing than one that takes aim for the fences.

Sean Zak, 9.9 handicap: The big miss! That’s what I needed to avoid. It was turning all my 86s and 87s into 91s and 92s. And boy, that big miss made me quit once a season. Learn what your big miss is — it’s probably high, right and long — and slow down that swing, control the clubface and do whatever you can to lessen that big miss. The penalty strokes alone will save you from 95.

The quietest golf course out there; unsurprisingly one of the most enjoyable.

4. Don't Be Flashy Around The Green

Tim Reilly, 11.9 handicap: When I’m playing well, which is a score in the low-80s, it’s because I avoid disaster around the greens. Most golfers on the brink of breaking 90 aren’t hitting many Greens in Regulation. The biggest mistake you can make is thinking you’re Phil Mickelson with a lob wedge in your hands.

Play it smart, play it safe. Hit more bump-and-run shots, chip with your 8-iron and when in doubt, keep the putter in your hands from just off the green. A bad putt is much more likely to do less damage, especially mentally, than say a chunked or a bladed wedge. The key is to try and secure a manageable par putt with your short game that should allow you to walk away with a bogey at the very least.

Alan Bastable, 13 handicap (approx.): Eliminate multiple big numbers. As a 90s-occasional-80s shooter, you’re going to have blow-ups holes. Accept it; you just are. The key is avoiding multiple blow-up holes. One 8 won’t necessarily prevent you from breaking 80, but two 8s probably will. So accept the bad holes when they come — don’t let them in get in your head.

Also, when you do have chances to score, carpe diem! As a bogey golfer, you’re at best going to have one or two very good looks at birdie per round. Give those putts a run. Don’t fall into the trap of being content with pars. A birdie on your card can be a game-changer, especially when it comes to neutralizing those aforementioned implosions.

Also offers the rare ace opportunity with the putter on the last. Right @alan_bastable? pic.twitter.com/umup1SKudX 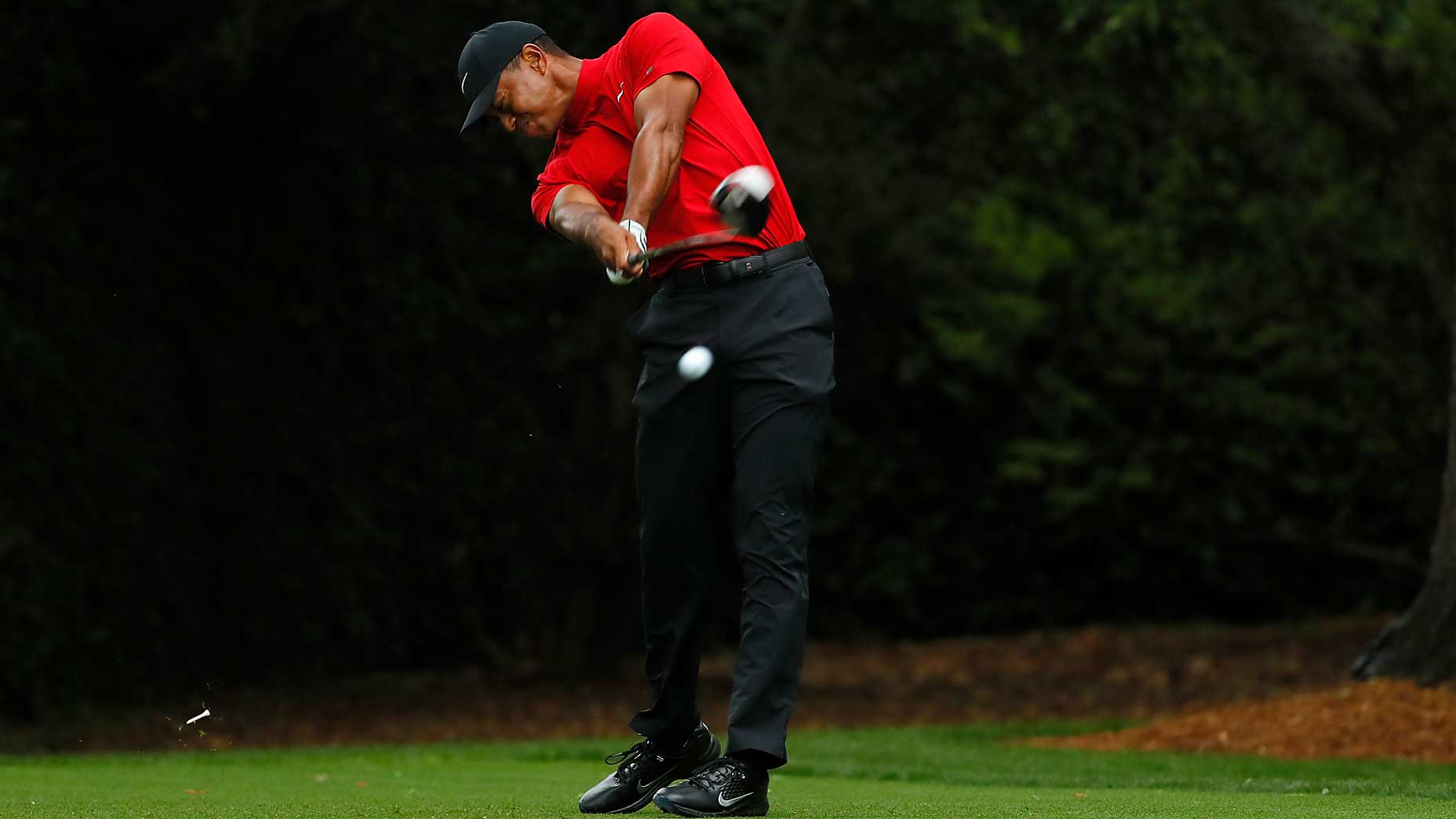 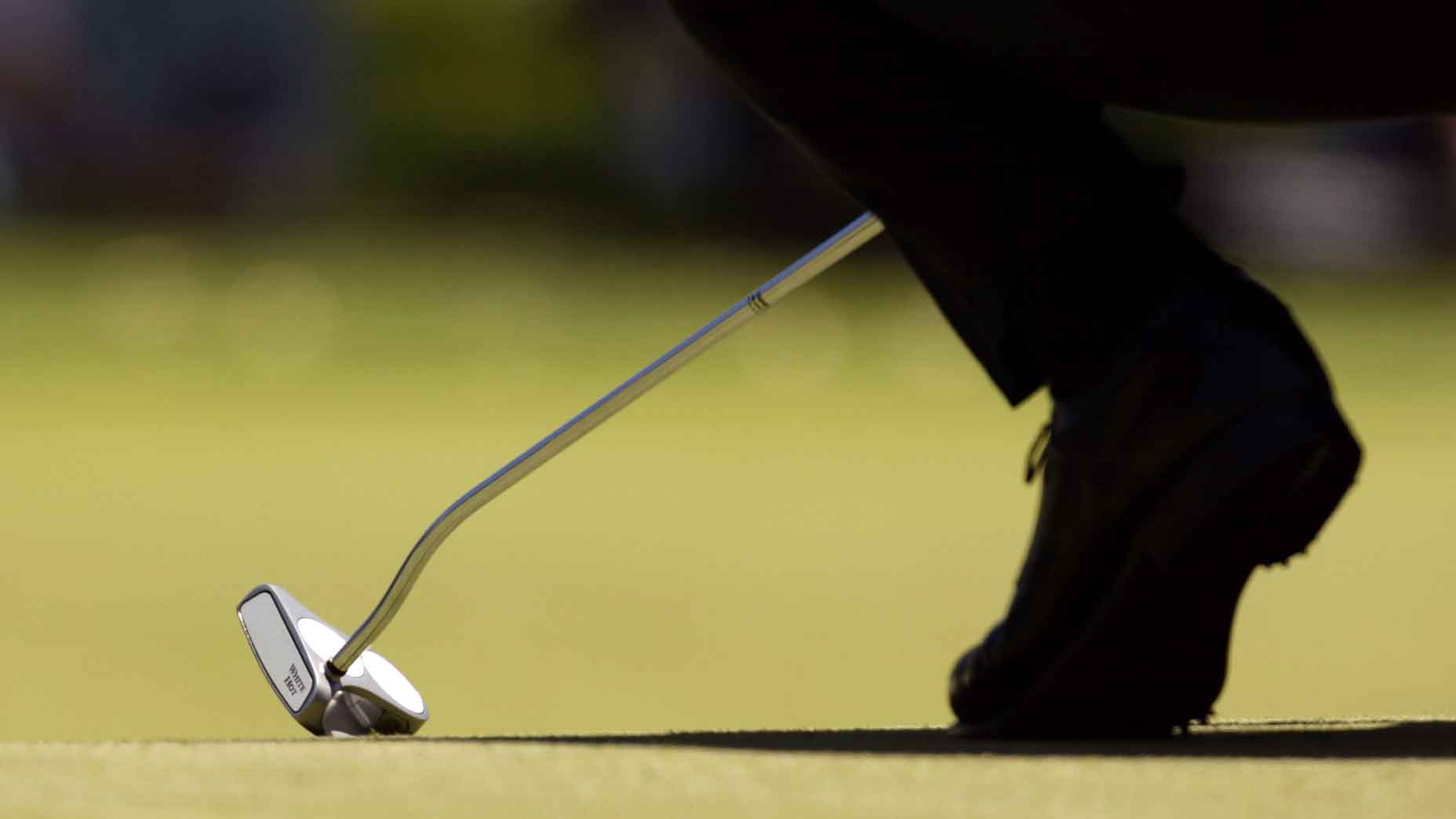 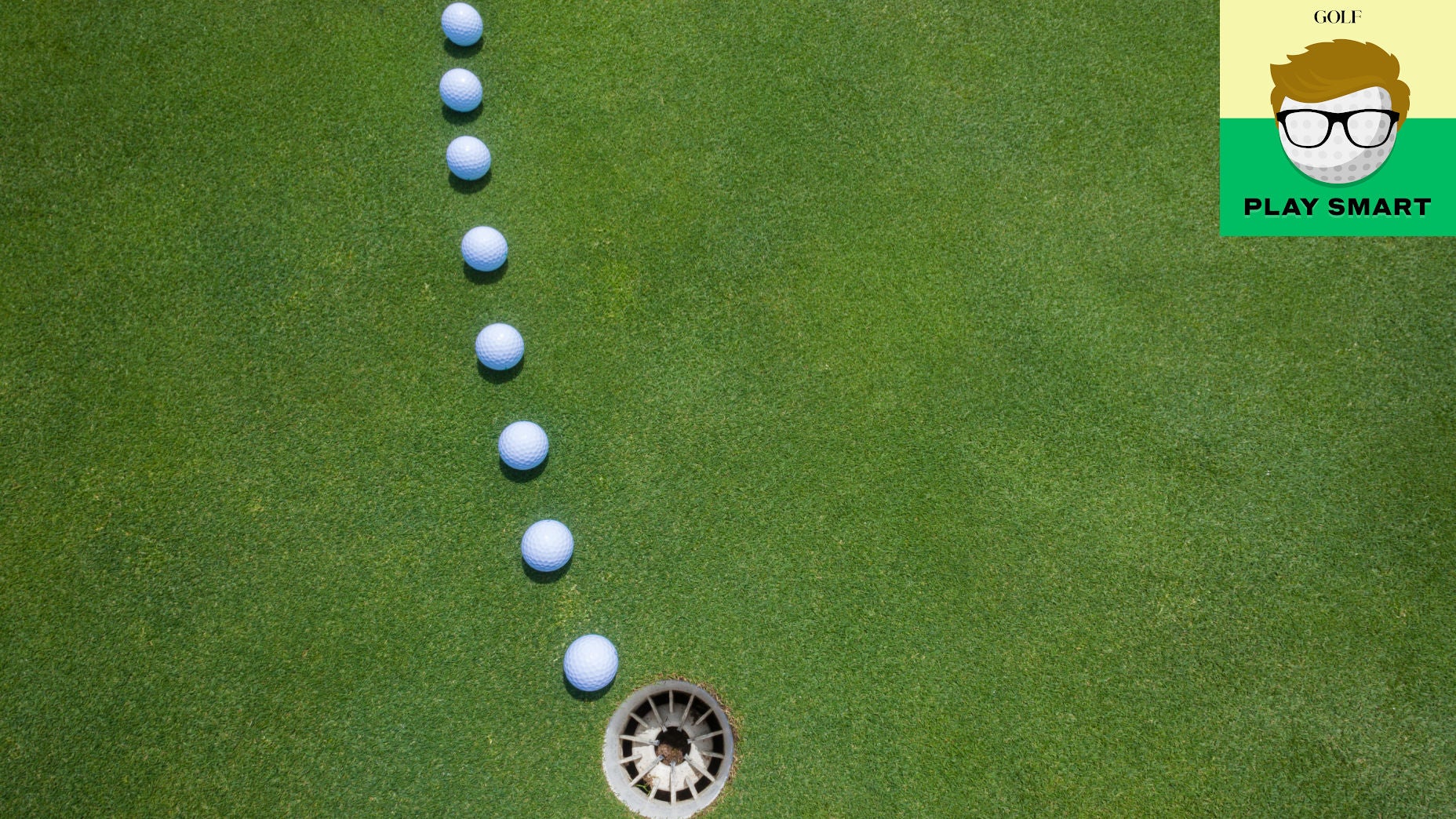 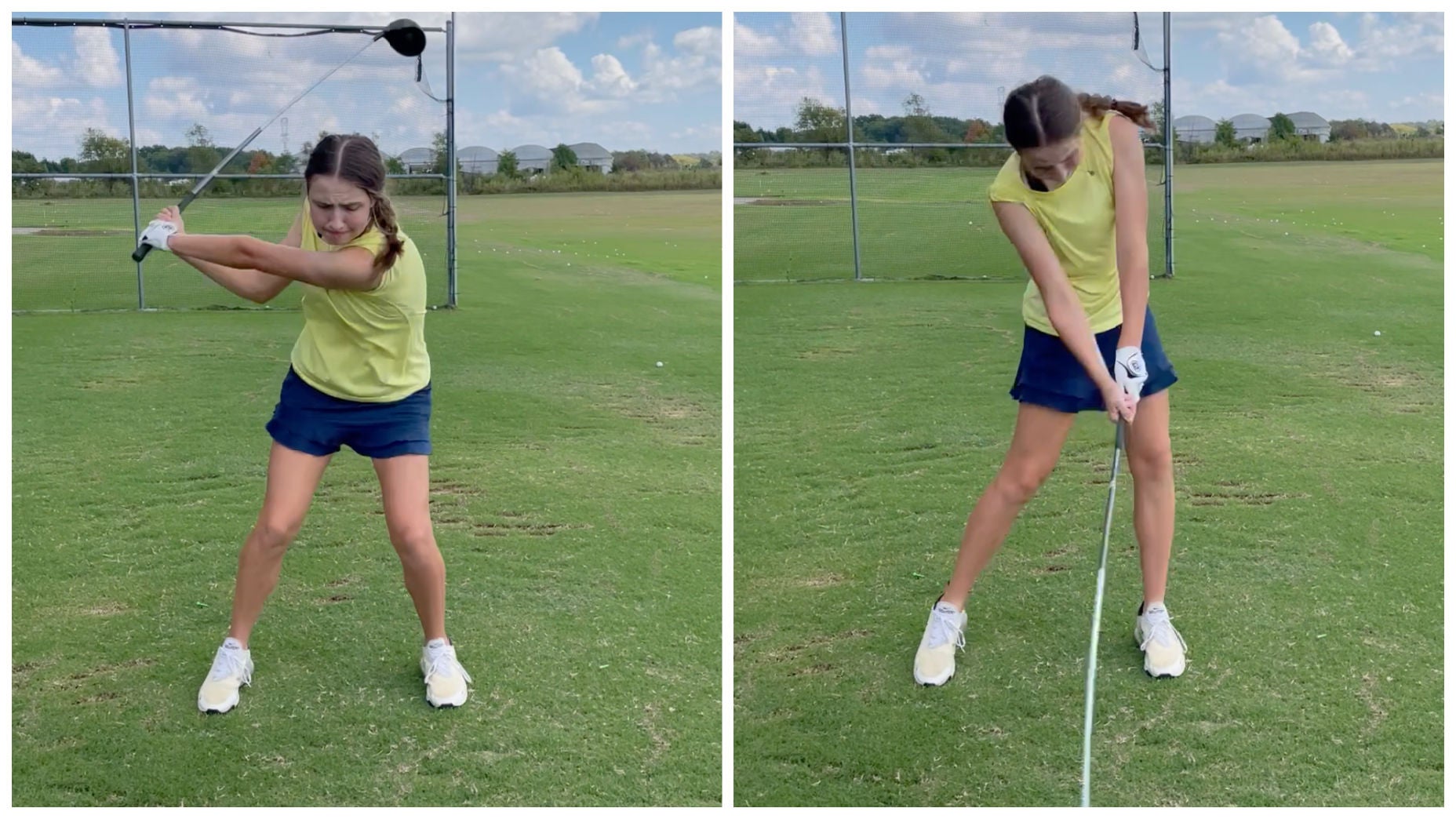 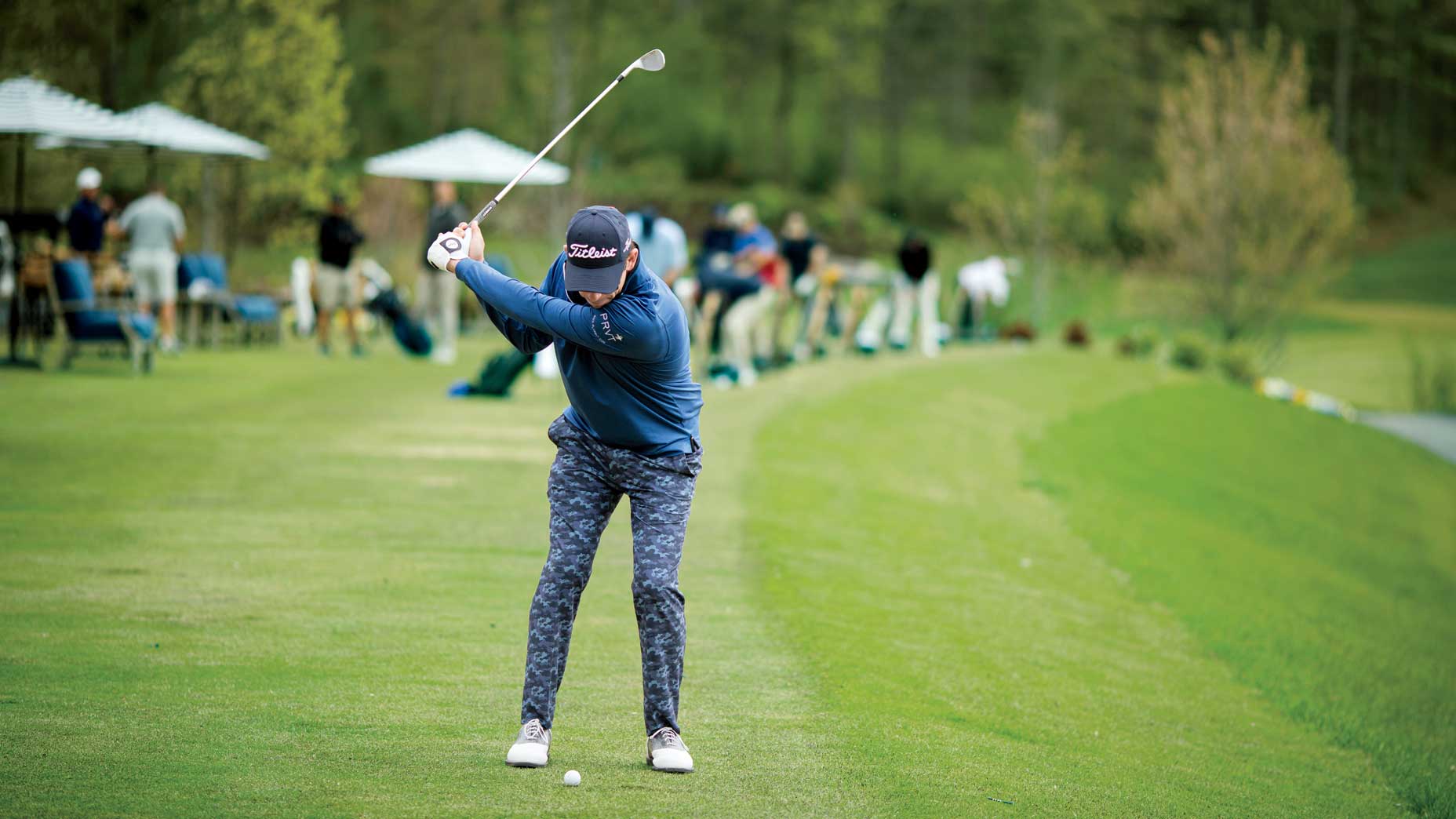