The secret to Dustin Johnson’s powerful swing — and how it can help you!

Dustin Johnson’s rookie season, 2008, was pretty remarkable. The then-24- year-old notched a win and four other top 10s, and finished fourth in driving distance with a 309-yard average. We hadn’t seen such raw tee-box power since Tiger Woods in his prime. During that period I was digging into some serious research on the role of the lead wrist during the swing, pouring over 3-D graphs and any and all data I could find. As you can guess, Johnson’s overly flexed (or “bowed”) left wrist at the top of his backswing caught my eye. Instructors had long abandoned teaching this technique, but it was obviously working for Dustin.

Was DJ right and traditional golf coaching wrong? Not really.

One of the key learnings of my and other instructors’ research on the lead wrist is that it works, to borrow a phrase, hand in hand with the clubface. Simply, whatever the lead wrist does, the clubface follows. So when elite players flex their lead wrist as they transition from backswing to downswing (and most do), the clubface rotates with it, closing slightly. It’s proof that the lead wrist’s role is fairly significant. Flexing it early in the downswing requires less work on the player’s part to make sure the clubface is properly closed later in the swing. In my opinion, it’s the move weekend players need to add power and put that nasty slice to bed once and for all.

The trick? Doing it correctly and consistently.

Say Goodbye to Your Slice

Your ability to move your lead wrist into a flexed position in transition is largely dependent on your grip. If your grip is too weak (lead hand more on the side of the handle), it’s more likely your lead wrist will move into extension, forming a cup (see definitions above). An extended lead wrist forces the clubface to open, requiring you to drag, flip or roll the club to square it for impact. Weak-grip players like Jordan Spieth and Jon Rahm can do it, but to be honest, recreational golfers lack the natural gifts and sufficient practice time to make it happen.

You’ll enjoy the game more by avoiding lead-wrist extension at all costs during the downswing. Favor flexion. Start by adopting a stronger hold. Get your hands more on top of the handle (rotated to the right for a right-handed player) so that when you look down at address, you can see at least two knuckles on your glove hand. This effectively makes it easer for your lead wrist to move into flexion before you start your swing. The last part of the puzzle: maintaining the flex throughout your backswing and into your transition. 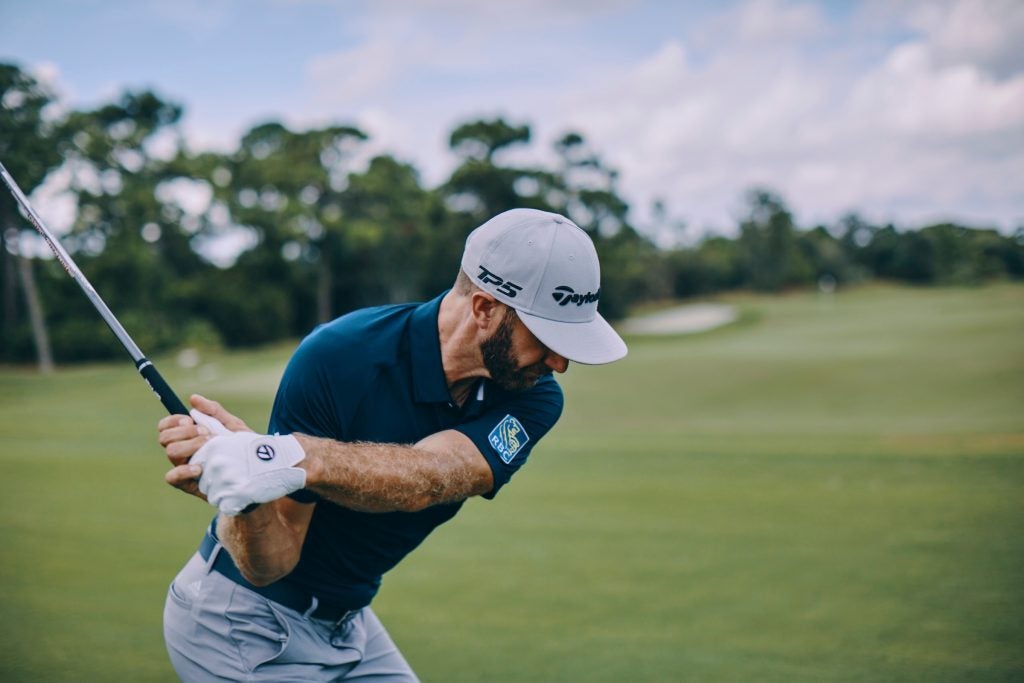 As you practice these moves, keep in mind an important analogy: Your lead wrist is your swing’s steering wheel, but your body remains the engine. The engine can never stall. By taking the correct grip and maintaining lead-wrist flexion deep into your downswing, all that’s left to do on your part is to rotate your body. (Stalling just may produce a hook.) It’s a powerful combination that has propelled Johnson and others to the top of the golf world. Take these lessons to heart. They’ll take a lot of the guesswork out of your motion. More importantly, you’ll start hammering the ball instead of swiping at it. That’s when the yards really start piling up. 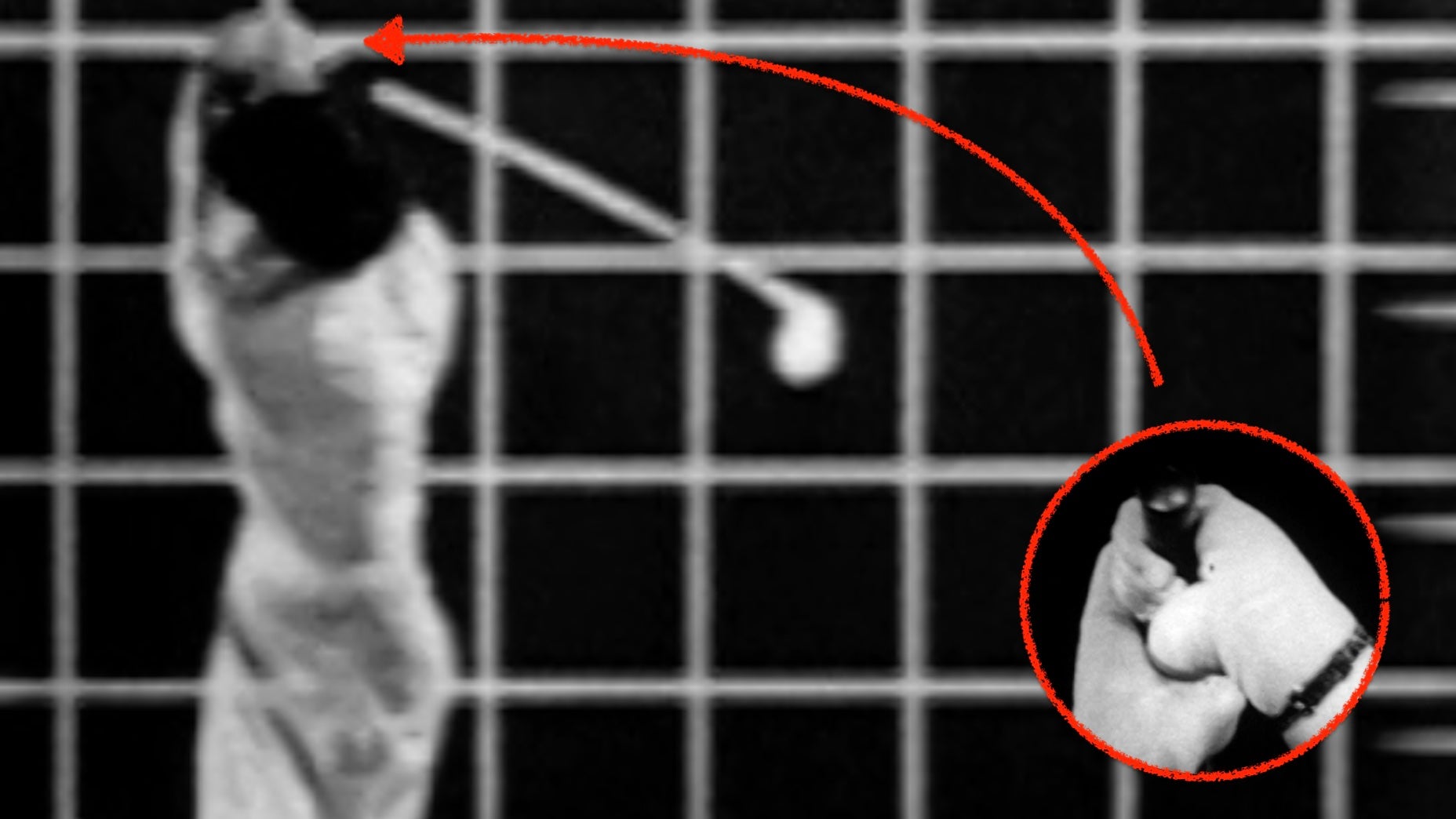 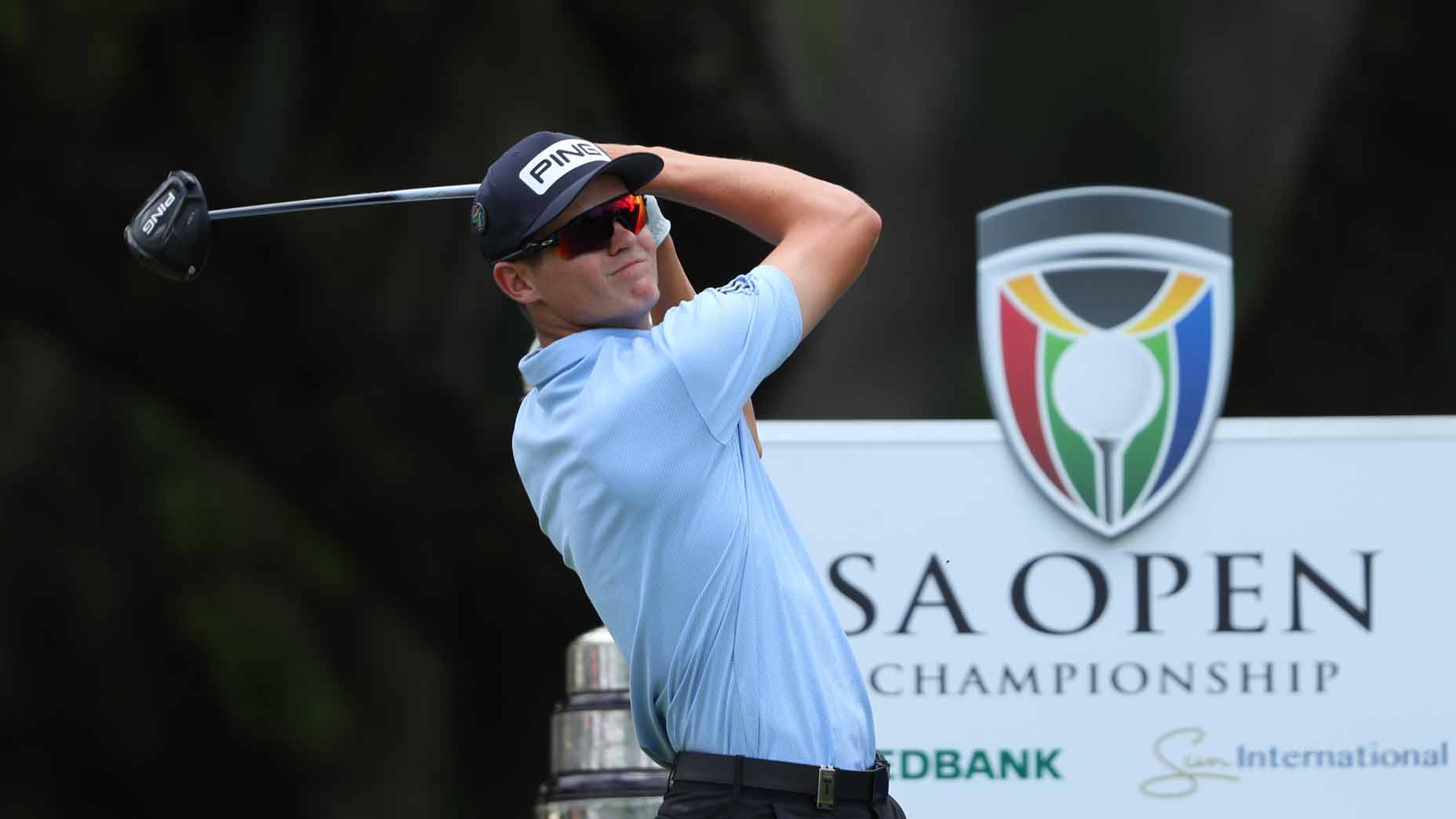 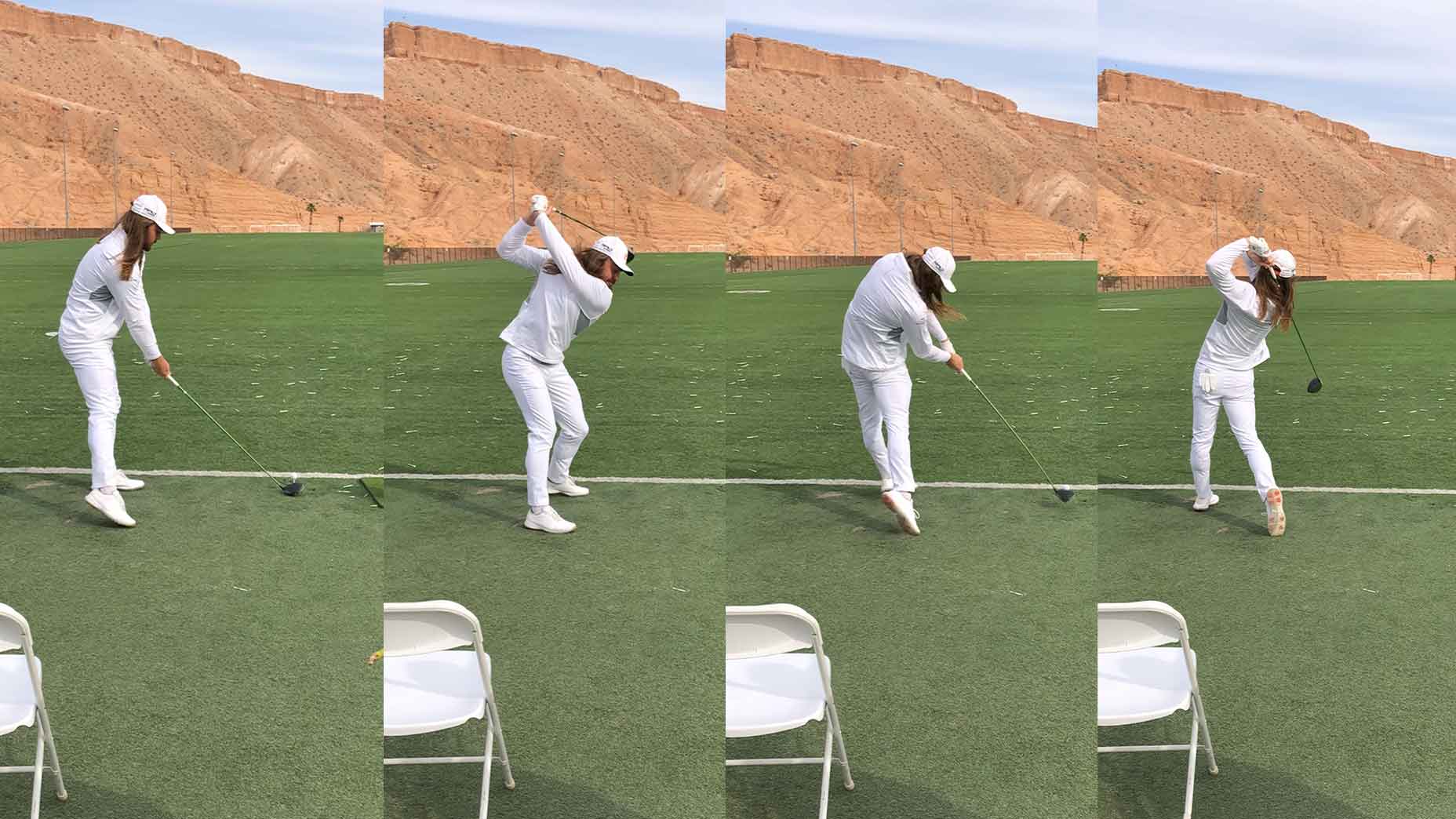 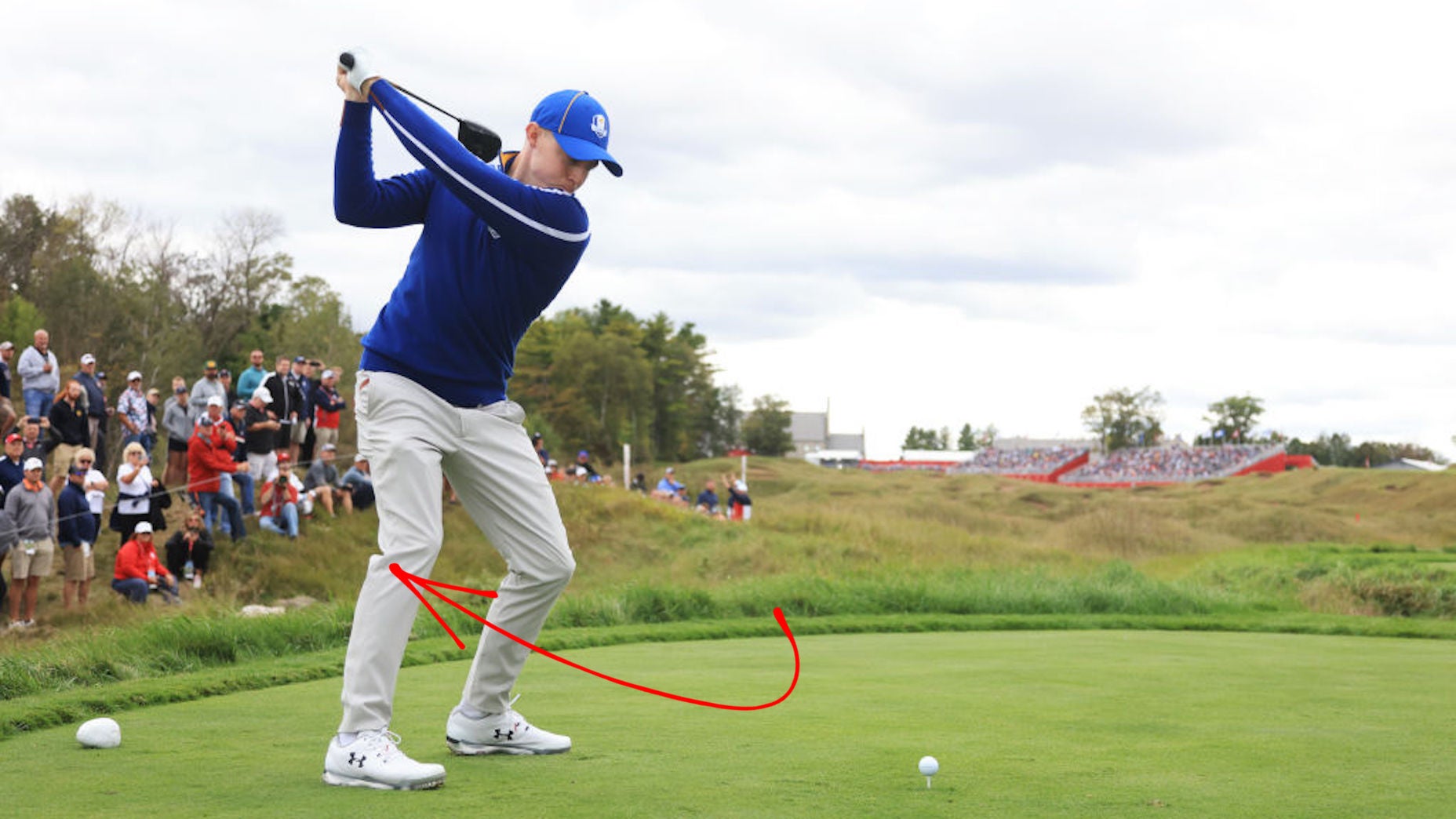