If you can incorporate these six moves from some legends of the game, you will be well on your way to swinging your best swing.

Modern research has been a boon to instruction. Science now tells us what works and why. Yet sometimes it’s worth looking at ways players got things done before all this data began piling up, or how they “felt” their way to perfection. Here’s what to copy. 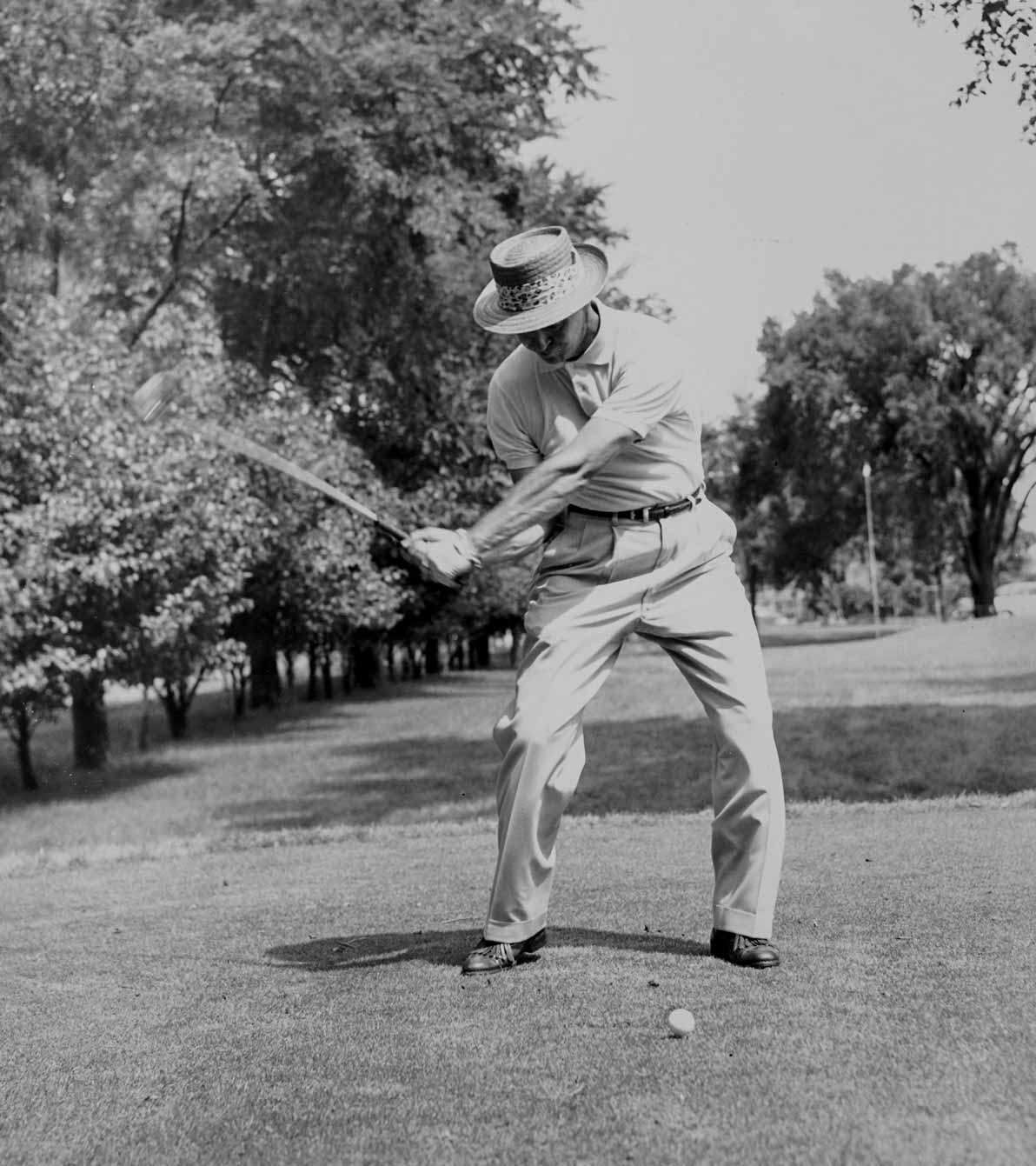 All great drivers follow a sequence using what I call the “dance move.” Sam Snead may have done it best. Make a big turn on the backswing, plant yourself on the ground, then rotate hard with very little lateral movement. As part of this transition, your right knee will kick in, your right heel will begin to lift and your lead hip will stay well inside your lead heel — just like The Slammer. Boom! 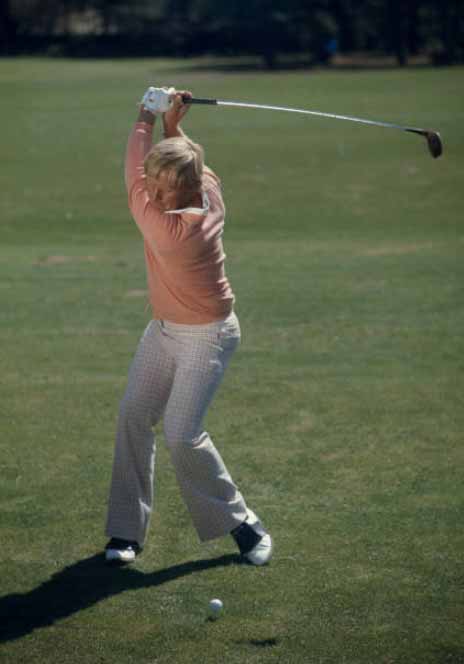 Certainly you’ve been told to “turn” on your backswing, but what does that really mean?

Your swing has an “engine” — your middle. How you move your middle — pelvis, hips and upper legs — ultimately decides the quality of your turn. Check out how the great Jack Nicklaus is turning his pelvis clockwise in the photo above. Also notice how his right hip has remained inside the heel of his right shoe. This is important, because turning your right hip internally like this gives you a full range of motion (and Jack is certainly “ranging” here). Too much side-to-side sliding restricts your backswing turn and costs you power.

Copy Jack to properly keep the middle of your swing centered while maximizing your turn. Nicklaus’ hallmark front-heel lift happens because he’s turning freely, with no hint of tension, but his middle always stays centered. 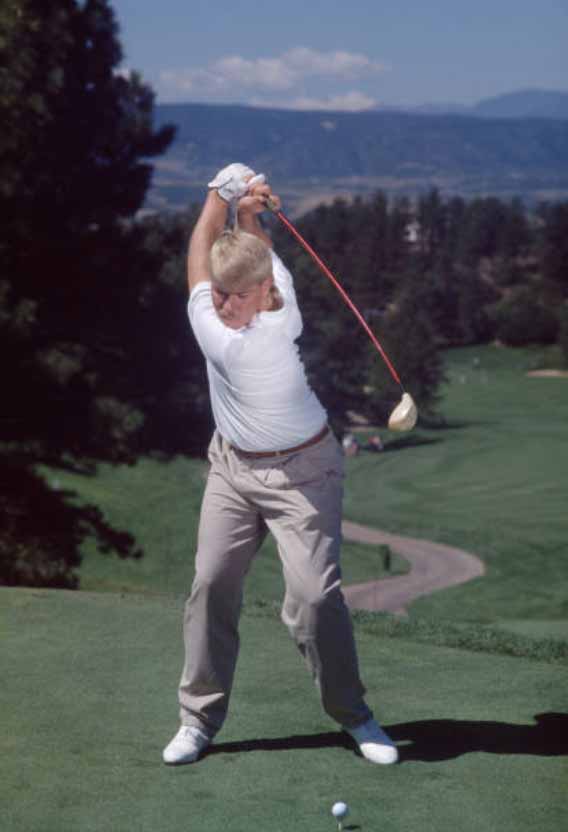 Just like a plane uses a lengthy runway to build speed before taking off, a longer backswing increases swing speed and adds power to your drives. It’s really that simple. Here we see a young John Daly, one of the longest hitters in history, ready to let one loose. Not only is his backswing long, it’s way past parallel, something that even Ben Hogan proved was perfectly suited for the power game a generation prior.

The idea that a shorter, more “controlled” backswing is better isn’t what we see from the world’s best — not in this generation or the past. Some say it may improve your accuracy in the short term, but it robs you of distance. And if you swing hard from a shortened backswing, you’ll risk an injury. A full, unrestricted turn with a long backswing is better for your drives — and for your body. 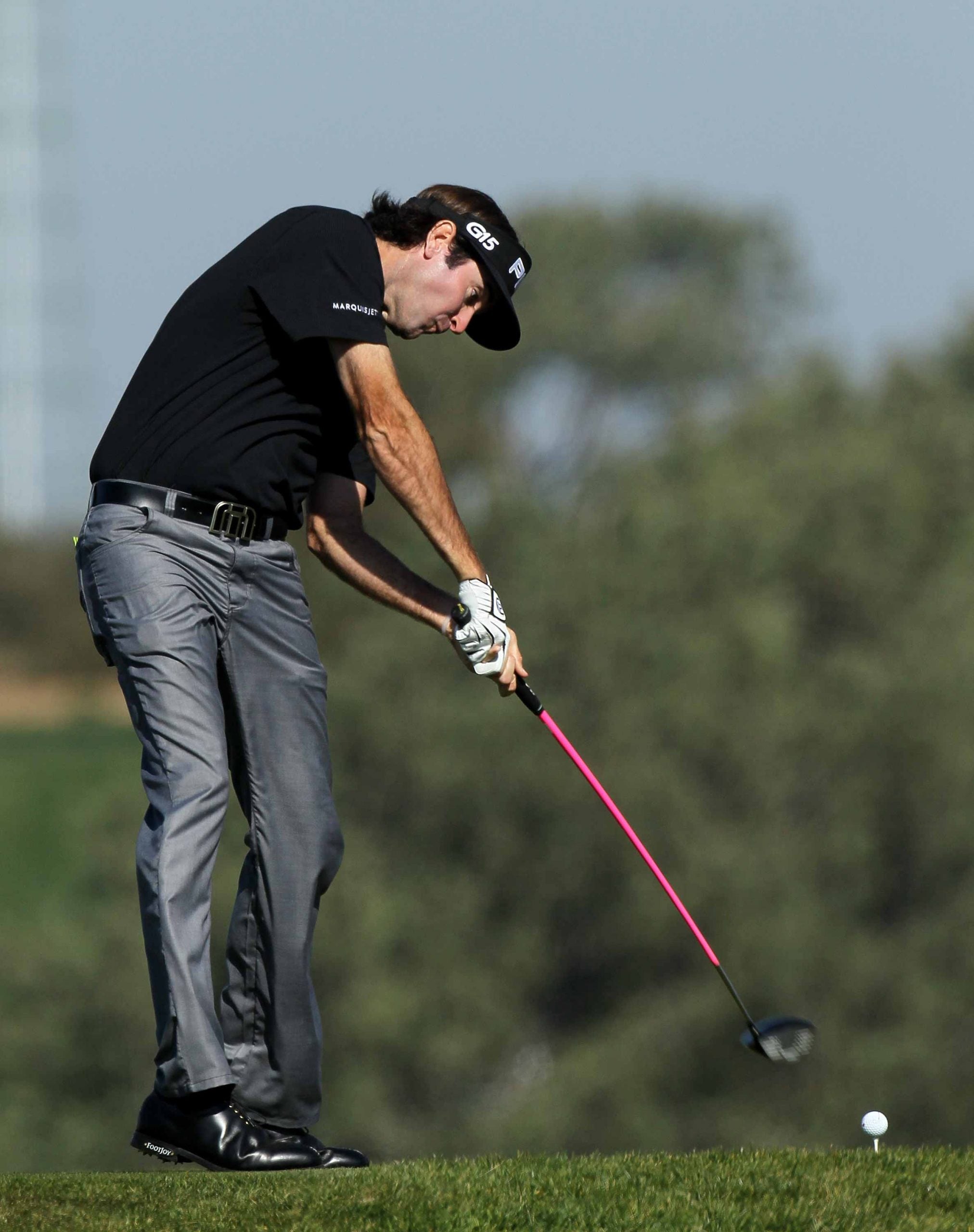 Just as in the backswing, sliding too much on the downswing limits your ability to rotate through the ball and create enough clubhead speed. If you look at long drivers throughout history, such as Sam Snead, Justin Thomas or Bubba Watson, you’ll see how their front hip remains well inside their front foot as they swing through impact. If you slide and move your front hip over or outside your front foot, your turn will stall — and your swing speed will plummet.

Do this: As you start your downswing, shift your weight slightly forward, but as you near impact, favor your rear side as Bubba’s doing here. It’s this “backward” shift near the moment of impact that allows you to continue to rotate and hit up on the ball with maximum velocity. 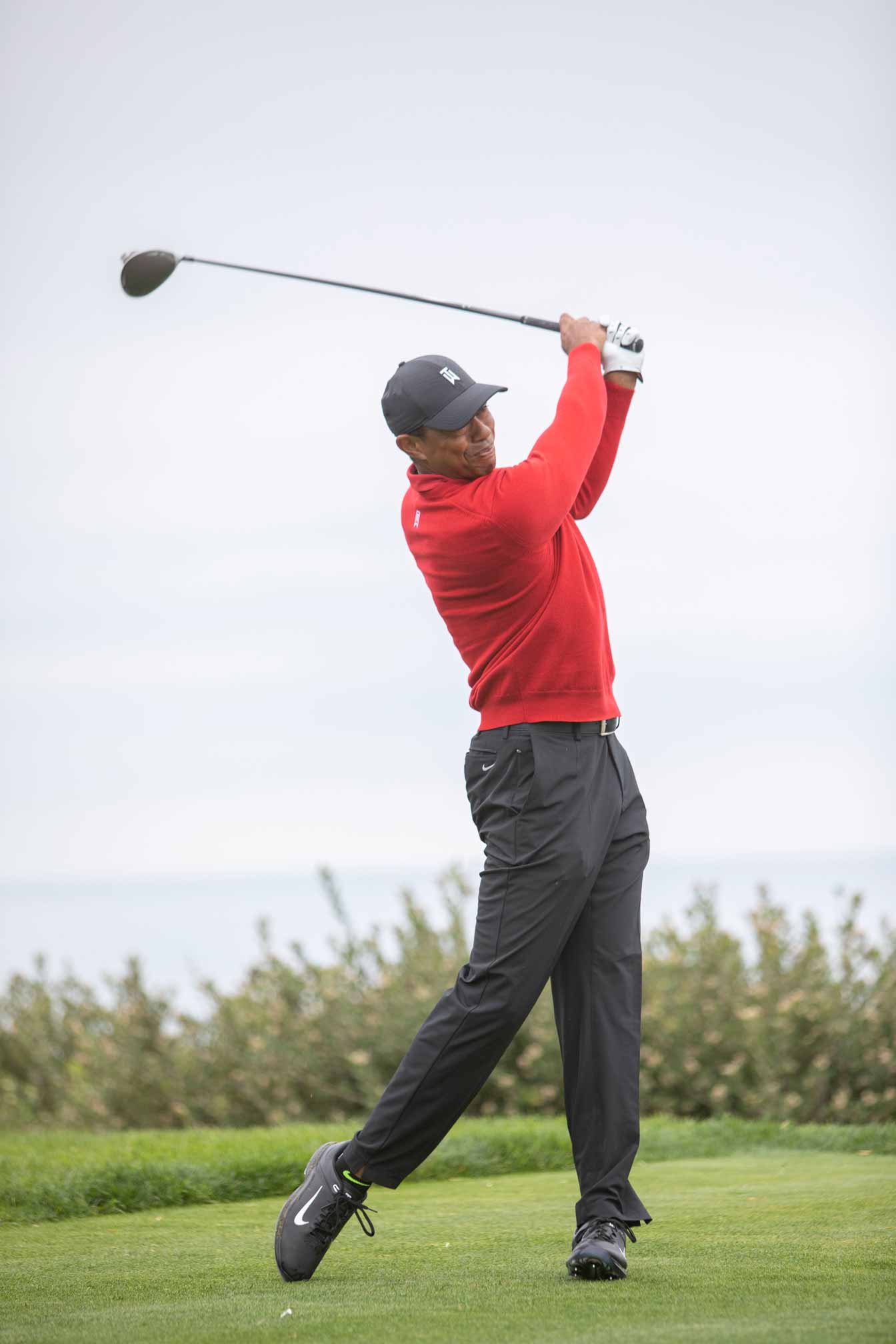 Most of today’s big bombers — McIlroy, DeChambeau, Rahm and even Tiger Woods — optimize launch angle off the tee. One of the ways to do this is to purposely hit up on the ball, or increase your AOA (angle of attack). Modern drivers are built to encourage an increase in AOA without adding too much spin, producing a high launch that maxes out carry. For decades the goal for any elite player was to get the ball on the ground and running quickly. Not any more. Some pros swing up as much as 4 degrees. That’s taking serious advantage of the modern driver design. Tee it high, picture the clubhead moving up on the ball and watch it fly 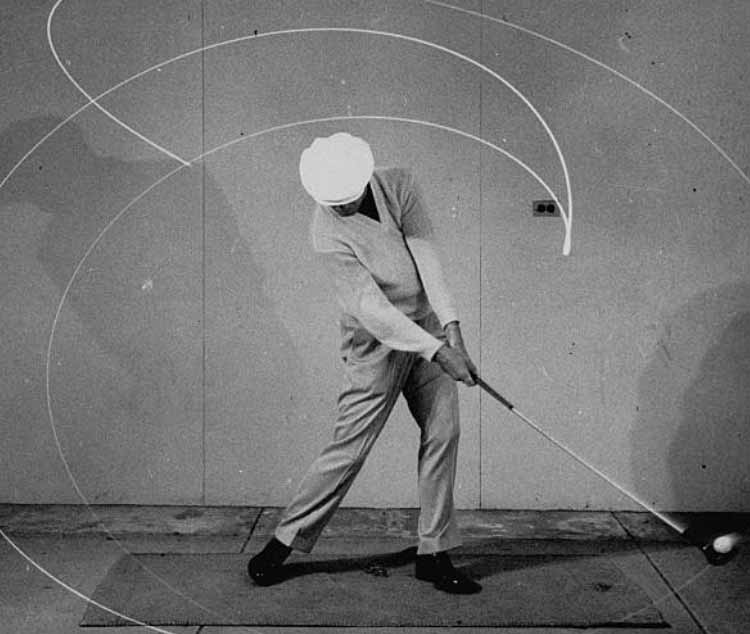 We know the best and most dominant golfers of all time swing fast. An overlooked component of swinging fast is tempo. What is tempo? In a word, it’s the pace or speed of the swing measured in time. A good way to think of the tempo of your swing is to look at the ratio of backswing time to down – swing time. According to Tour Tempo, the magic ratio is 3:1, meaning that your backswing should be three times longer than your downswing. In other words, if your backswing takes three seconds, your downswing should take just one second.

Try it yourself and you’ll realize that 3:1 is fast! But none other than Ben Hogan and a young Nicklaus instinctively applied this ratio. The key here is to make sure your backswing isn’t too slow — a lot of rec players I see swing more like 4:1 or even 5:1. Low and slow won’t cut it. Add a little speed to your backswing and see if you don’t see a bump in accuracy and distance.