Colin Montgomerie explains how to hit his ‘old school’ fade 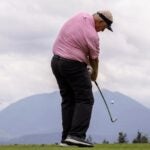 Colin Montgomerie is a man who has mastered his craft: Hitting a low fade. He always has and always will. He’s done it his entire career, and it’s propelled him into the Hall of Fame.

“He never deviated away from what he did. He just got better, and better, and better at his DNA and at who he was,” Paul McGinley says of Monty, adding that he’s the player most golfers should try to copy. “He never had a huge amount of clubhead speed, but he was repetitive. He never tried to do anything different.”

At the Berenberg Invitational charity golf tournament this week, which raises money to help fight the devastating effects of pancreatic cancer, we caught up with the European Ryder Cup legend to learn more about his baby fade. He came back with a handful of brilliant pieces of Monty advice to help the rest of us.

You can watch the full video below, or scroll past it for a quick summary of it.

1. Swing more up and down

Monty says he’s a man of the old school, which means he prefers swinging up and down. That helps Monty feel like he’s swinging to the left of his target, which is an important key for him, he says: When his arms get too far around and behind him, they never come back out in front of him, which leads to blocks and mega-misses to the right.

“They get their arms behind [their body] and never get back,” he says of recreational golfers.

It’s important to clarify that there is such a thing as overdoing it. Swinging too far left — AKA, over the top — can result in some wicked slices. Monty hits tiny little fades, which he says is created by his sensation of cutting across the ball ever so slightly, while never letting the clubface get too open. 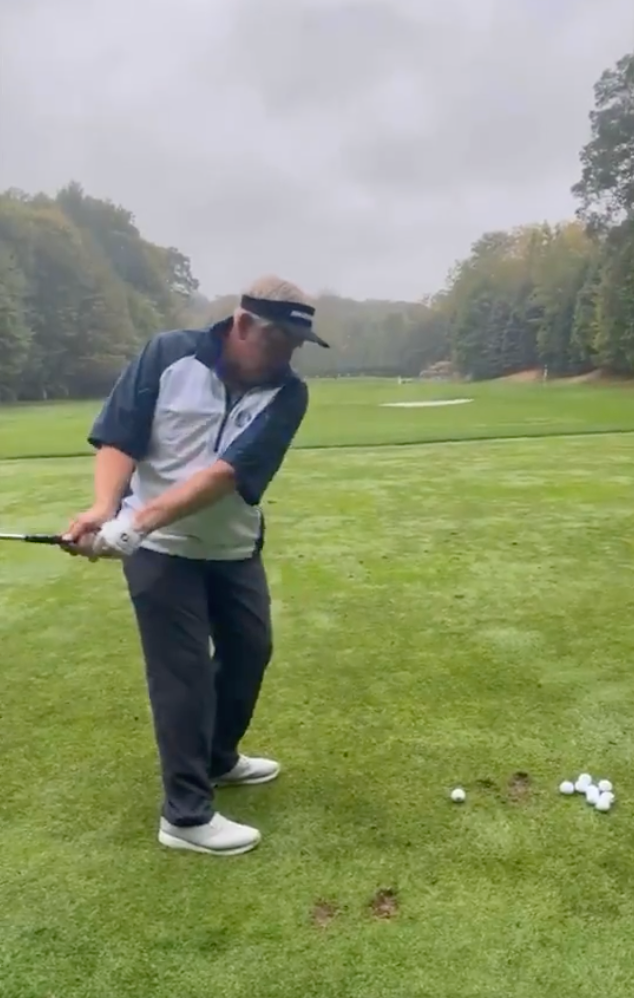 2. Get your weight forward

Along those lines, Monty says that he sees many players swinging too far around their body, and getting stuck on their right side on the downswing. He wants you to shift your weight forward onto your front foot for a descending blow.

“A golf swing should be walking though the ball, that’s where power comes from,” he says. “Not going behind you, there’s no power in that.”

And speaking of power, Monty says the key is swinging long and loose. To do that, Monty says to lighten up your grip pressure at address. You’ll grip harder during your downswing, but if you start off light, you’ll be able to swing the club longer.

“It takes the tension out of the forearms,” Monty says. “The lighter I grip it, the longer I can swing it, and the longer I cans swing the club, the more time I have. And a golf swing with time, is a good one.”