2019 rules changes to know: What to do if a ball in motion is deflected, double hit 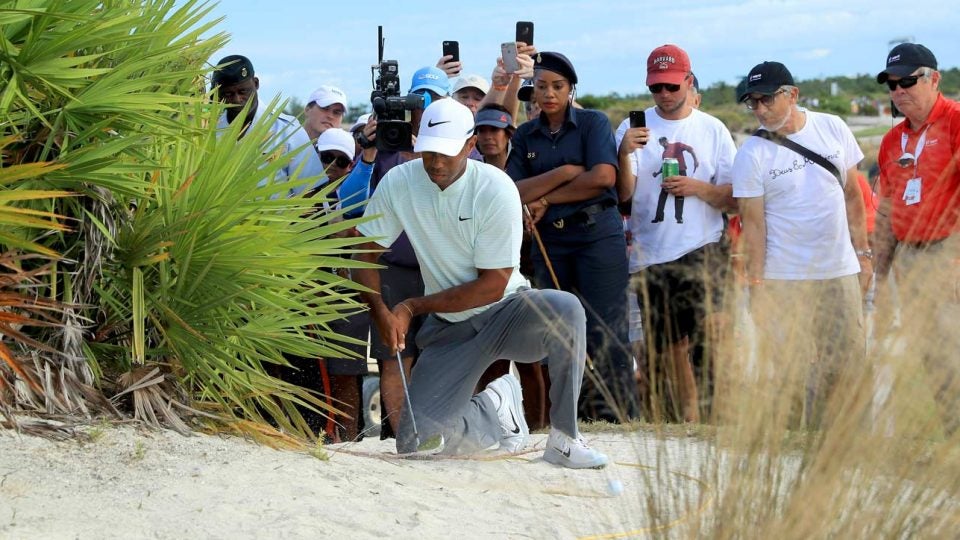 Tiger Woods was nearly charged with a two-stroke penalty for this suspected double hit at the 2018 Hero World Challenge.
Getty Images

On Jan. 1, more than 30 changes to the Rules of Golf — some small, others significant — will take effect. To get you ready, this holiday season GOLF.com is rolling out a series, “The 12 Days of Rules Changes,” to ensure you always play by the rules, starting with your opening round of the year. Today, we’re covering changes to the rules regarding a ball in motion being deflected and double hits.

The Old Rule: Rule 19 of the old Rules of Golf governs what to when a ball in motion is deflected or stopped, and it’s a doozy. With so many complicated decisions and scenarios with different guidelines, it’s no wonder why golf’s governing bodies chose to update the rule. In the old rules, the key point of distinction is whether a player deflects his own ball, or if an outside agency is the source of the deflection.

If an outside agency deflects or stops a ball in motion, you must play the ball where it lies, with two exceptions. But here we’re specifically concerned with scenarios in which a player deflects his own ball when it’s in motion. When that happens, the player incurs a one-stroke penalty and must play it as it lies. If after being deflected the ball comes to rest on the player or his equipment, the ball must be dropped or placed on the green closest to where it came to rest.

As for double hits, if a player hits his ball twice in one stroke, accidentally or intentionally, he must count the original stroke and incur a one-stroke penalty, and then play it where it lies. In effect, it’s a one-shot penalty.

The New Rule: The new changes simplify both of these rules considerably, eliminating the distinction between a deflection  caused by an outside agency and one caused by the player who hit the ball.  According to new Rule 11.1, if a player deflects or stops his own ball in motion there is no penalty and he must play it as it lies. Provided he did so accidentally, that is (more on that later).

Similarly, if a player accidentally hits his ball twice in one stroke there is no penalty, and the ball must be played as it lies (Rule 10.1a).

Why It Was Changed: The USGA says the following about why the accidental deflection rule was changed: “Many objects, persons and animals are present on a golf course during play; it is inevitable that a ball in motion will sometimes hit them before coming to rest, and a player is generally required to accept the outcome (whether good or bad).” The new rule essentially equates the player who hit the ball with other “objects, personal and animals” that could accidentally deflect a ball.

Furthermore, they argue that since no penalty is charged when a player deflects another player’s ball, a person shouldn’t receive a penalty for accidentally deflecting his own ball, either.

Just one month before the rule change would go into effect, Tiger Woods was involved in a rules controversy involving double hits. On the final hole of the Hero World Challenge in December, Tiger’s tee shot came to rest underneath a bush in a sandy area. Woods got onto his knees and took a sideways swipe at the ball. After the round, Woods and rules officials reviewed video to see if Tiger had accidentally committed a double hit on the shot. Both parties suggested the video did indeed show a double hit, which in the old rules would have resulted in a penalty. However, Woods was ultimately saved by a different rule change that has already gone into effect. Since the officials needed HD video and slo-mo replay to see the double hit, no penalty was charged.

Will It Be Controversial?: Only real tournament action will prove whether or not these rules changes breed controversy. One aspect of the new rules, though, should cause some concern. In fact, it’s just one word, a word that pops up in an alarming number of the new rules: “accidentally.” 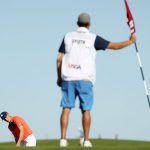 Both of these new rules are dependent on the violation being unintentional. While that’s a good thing in terms of fairness, it opens the possibility that players will take advantage of the rules. For example, if a player was in a hypothetical situation in which a double hit would improve his shot, that player could proceed to commit a double hit and then claim it was accidental. Since there is no way to prove he is lying, he would not be penalized, according to the new rules. While that scenario might seem unlikely, consider the new deflection rule in the same light. Surely players can nefariously take advantage of that rule. With the amount of money on the line and the pressure that goes with it, there’s a strong chance it will happen eventually.

How It Can Help You: These rule changes will no doubt make a casual recreational round simpler, with less chance for an honest mistake turning into a day-ruiner. Old rules like these ones, in which a player is penalized without intentionally doing anything wrong, without a doubt turn people away from the game of golf and make the sport less fun. So, it’s a win in terms of growing the game. More than anything, though, the change ensures that the official rules are in line with how regular hackers already play the game. Few friends are counting every double hit out of a buried bunker lie during their weekly rounds. Now, they won’t be breaking any rules in doing so. 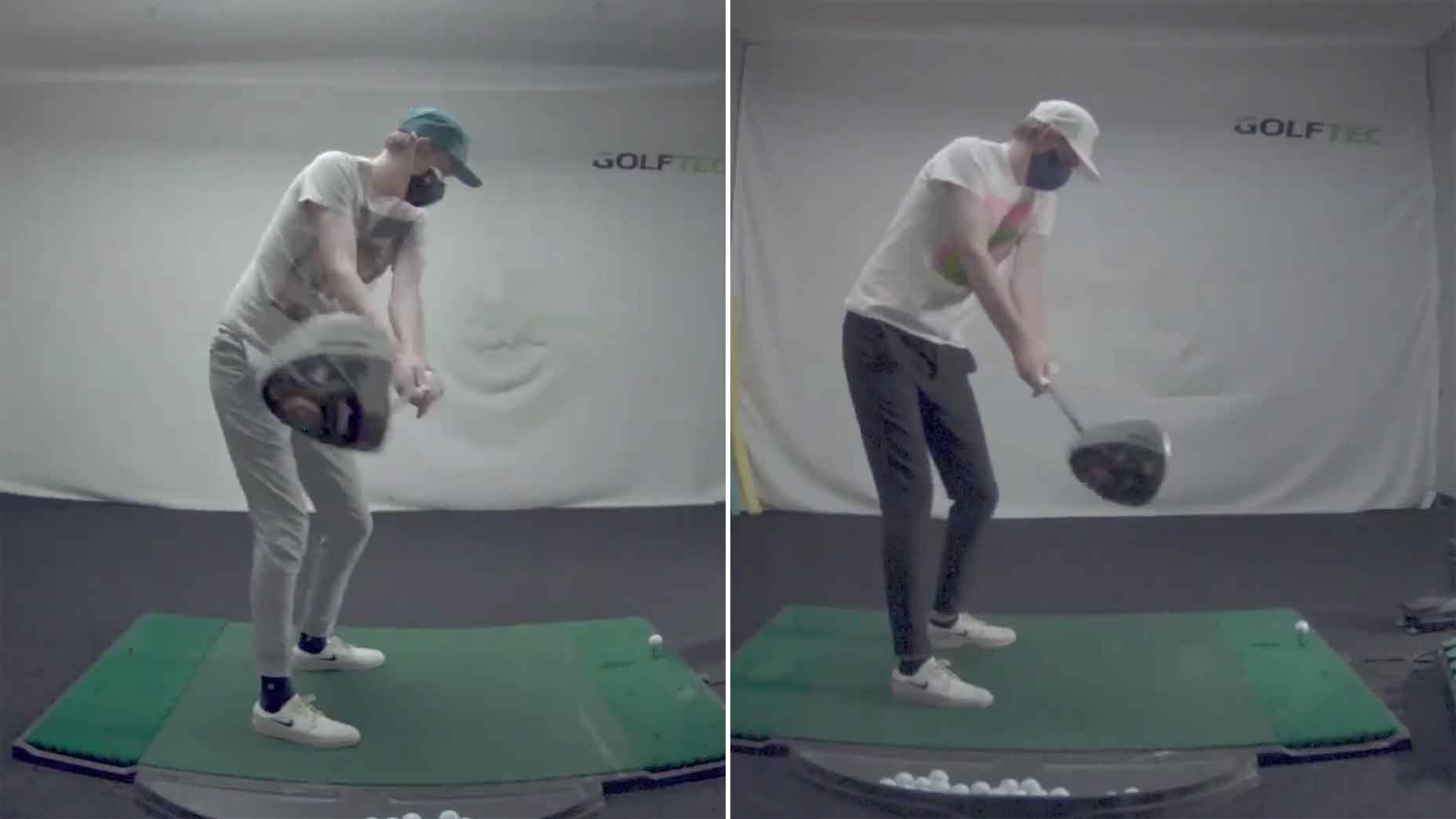 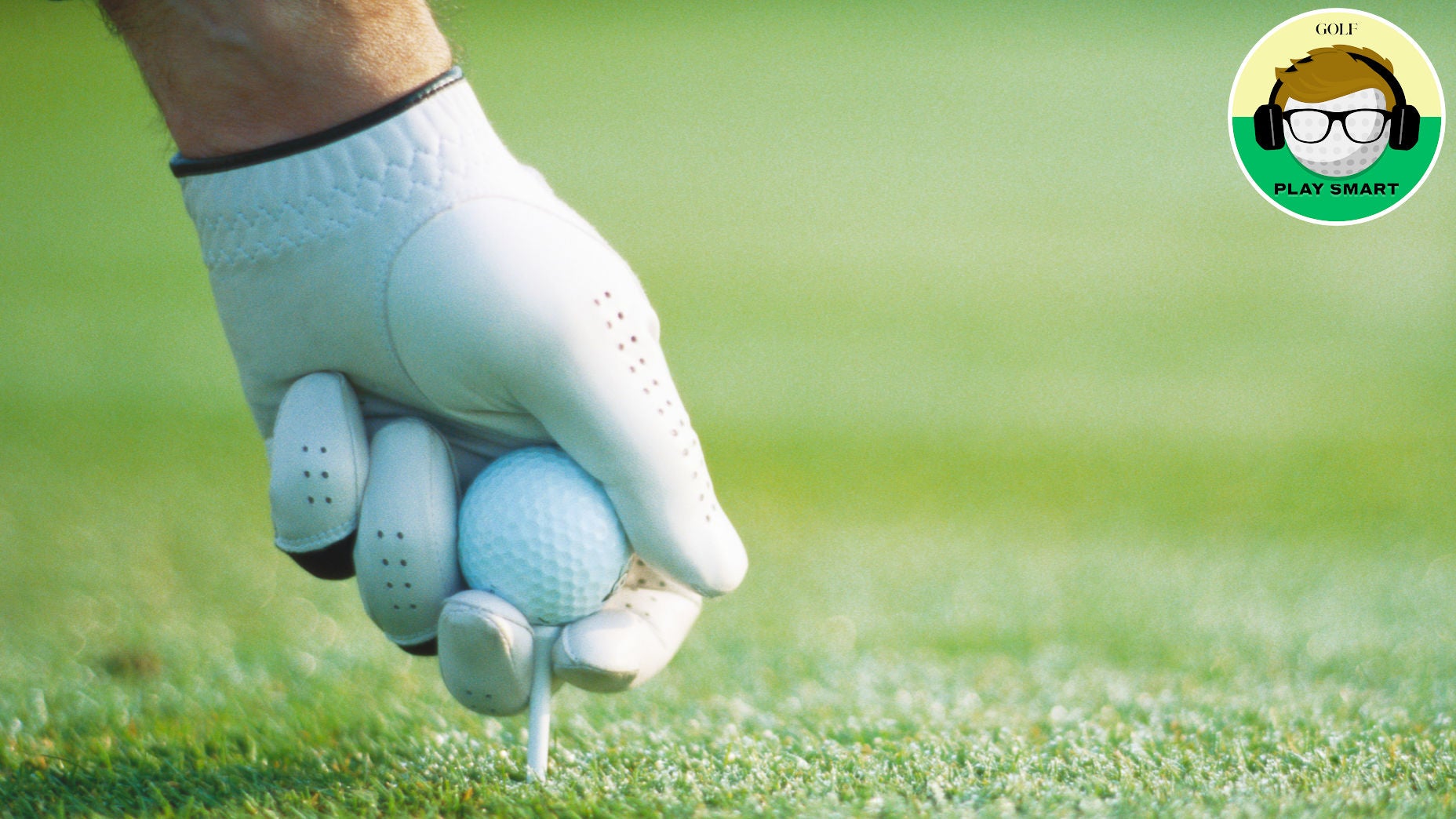 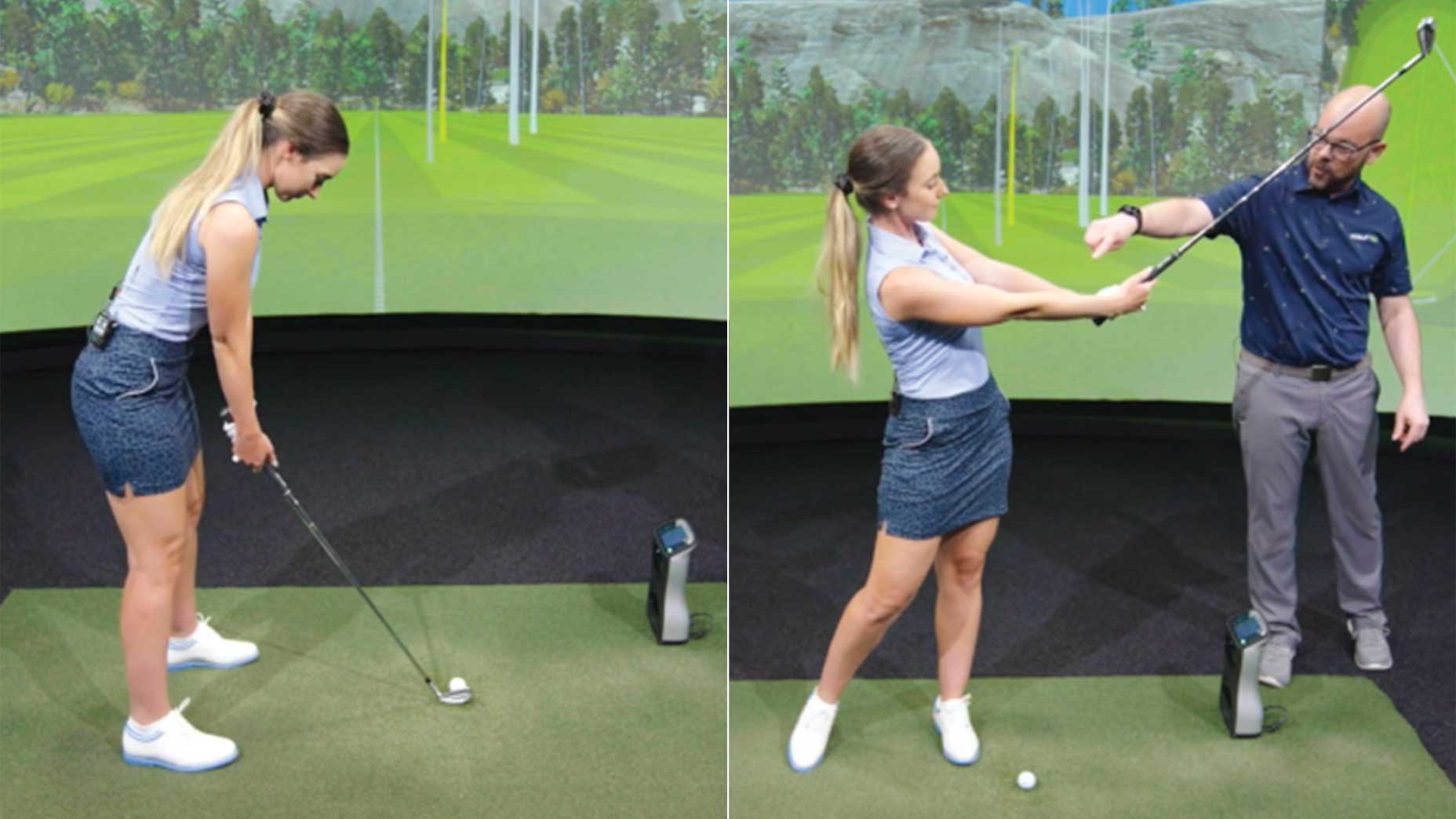 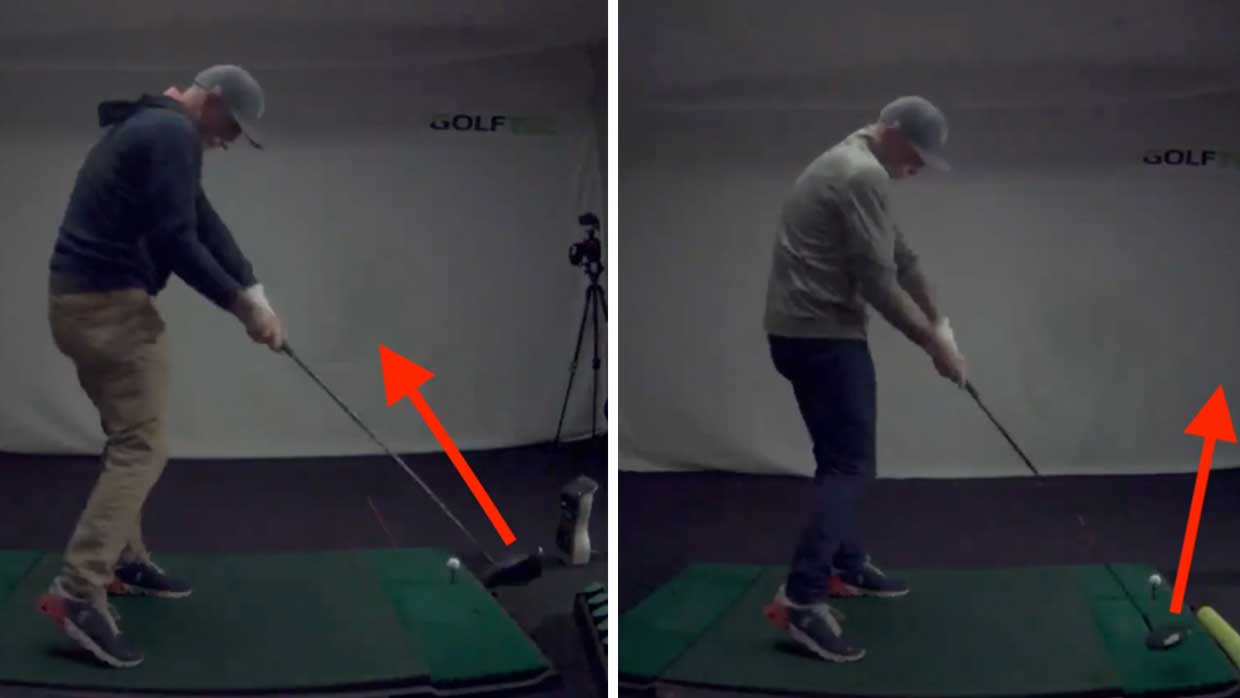 How this 1 simple swing-thought has added confidence (and pop!) to my swing
Go to mobile version