As last season proved, a healthy Tiger is a scary Tiger. He’ll be back in action at next week’s Genesis Open at Riviera Country Club for his second start of the season. While his technique is ever-evolving, it’s always worth studying, to say nothing of copying. Check out the keys to his swing below.

Muscle Matters
There’s no denying it—Tiger’s arms are still jacked! And they’re not for looks. Woods understands that at the highest levels, golf is a power game that taxes every muscle. Tiger continues his legacy as the original Tour gym rat, and if his arms are any indication, he has zero plans to let the youngsters on the Tour outwork him.

High Flyer
You can tell from his finish below that Tiger has launched a higher-than-normal approach. He’s extending his lower spine up and toward the target. It’s a great move for any swing— if your back can take it. Looks like Tiger’s finally can.

Back in Business
Players with bad backs rarely swing to a full finish, let alone a high one like this. As with his knees, Tiger’s back looks ready for prime-time— the slight lean back or subtle “reverse C” is impossible to achieve when the back is in distress.

Bottom Gear
Is there really something to “glute activation” after all? You bet. There’s no better way to produce serious clubhead speed than by firing your glutes and squeezing your thighs together through impact. The combo causes your body to decelerate at just the right moment, allowing the club to pick up speed and whip through.

Knee Brace
Tiger’s healed left knee below can once again handle the torque created by his swing. His left foot is nearly flat on the ground, even this deep into his followthrough, providing the stability he’s been missing for years. If your knees aren’t as healthy as Tiger’s, set up with your feet flared, or allow more weight to roll to the outside of your spikes. 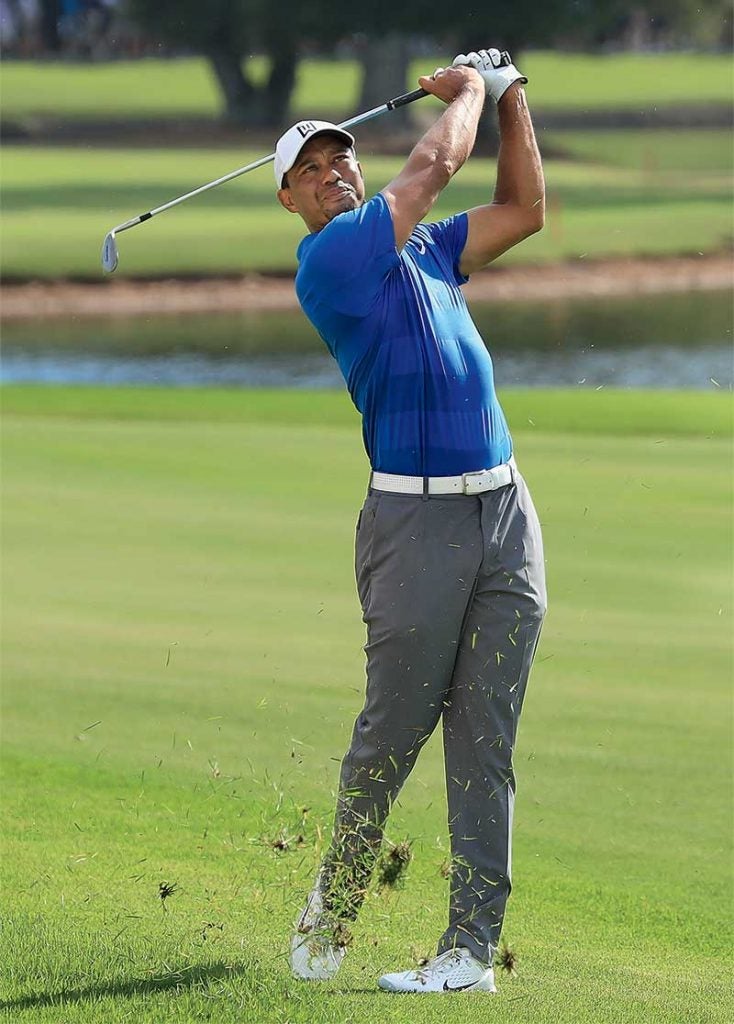 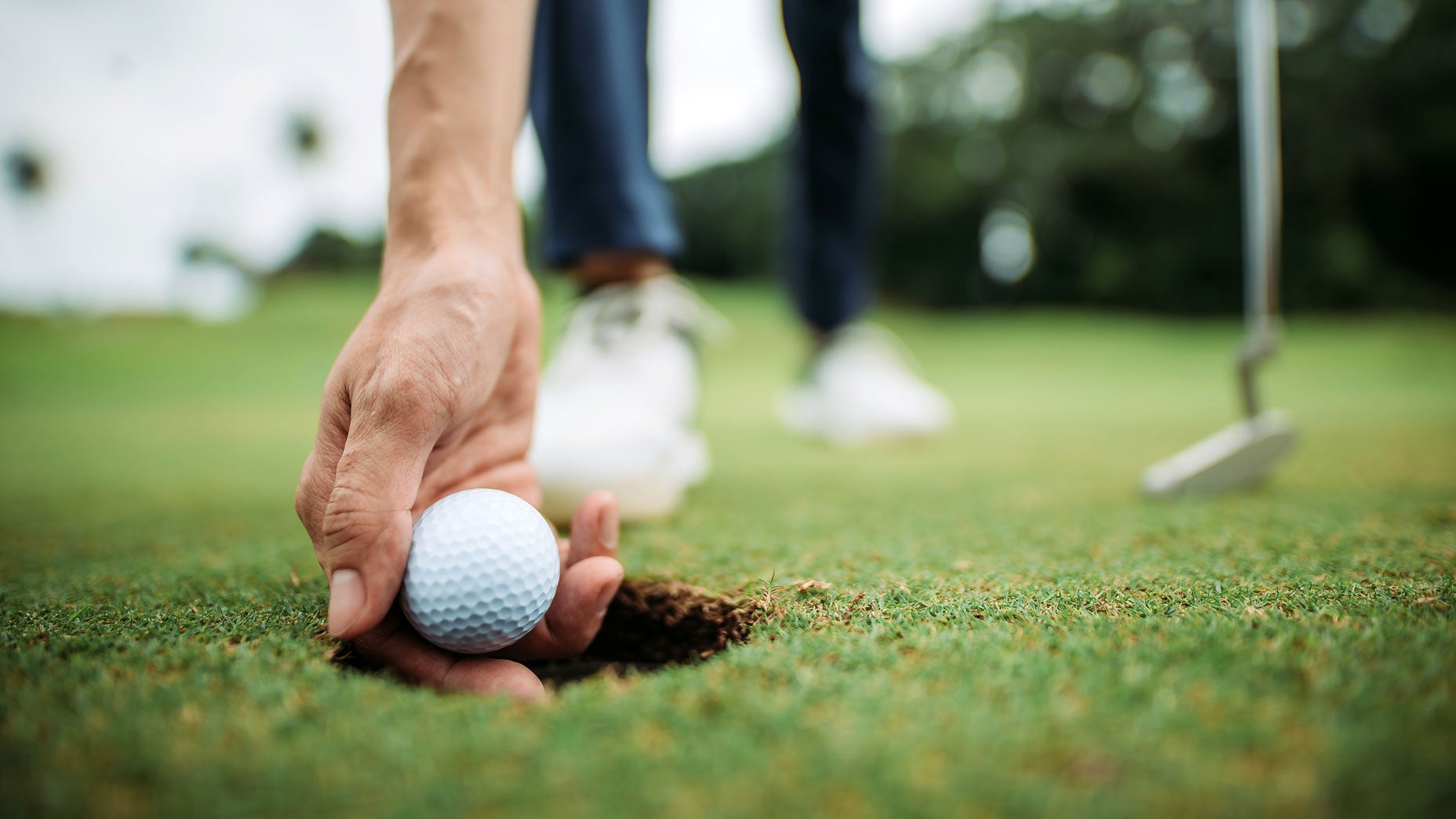 Rules Guy: What do you do when you discover your original ball in the hole after playing another one? 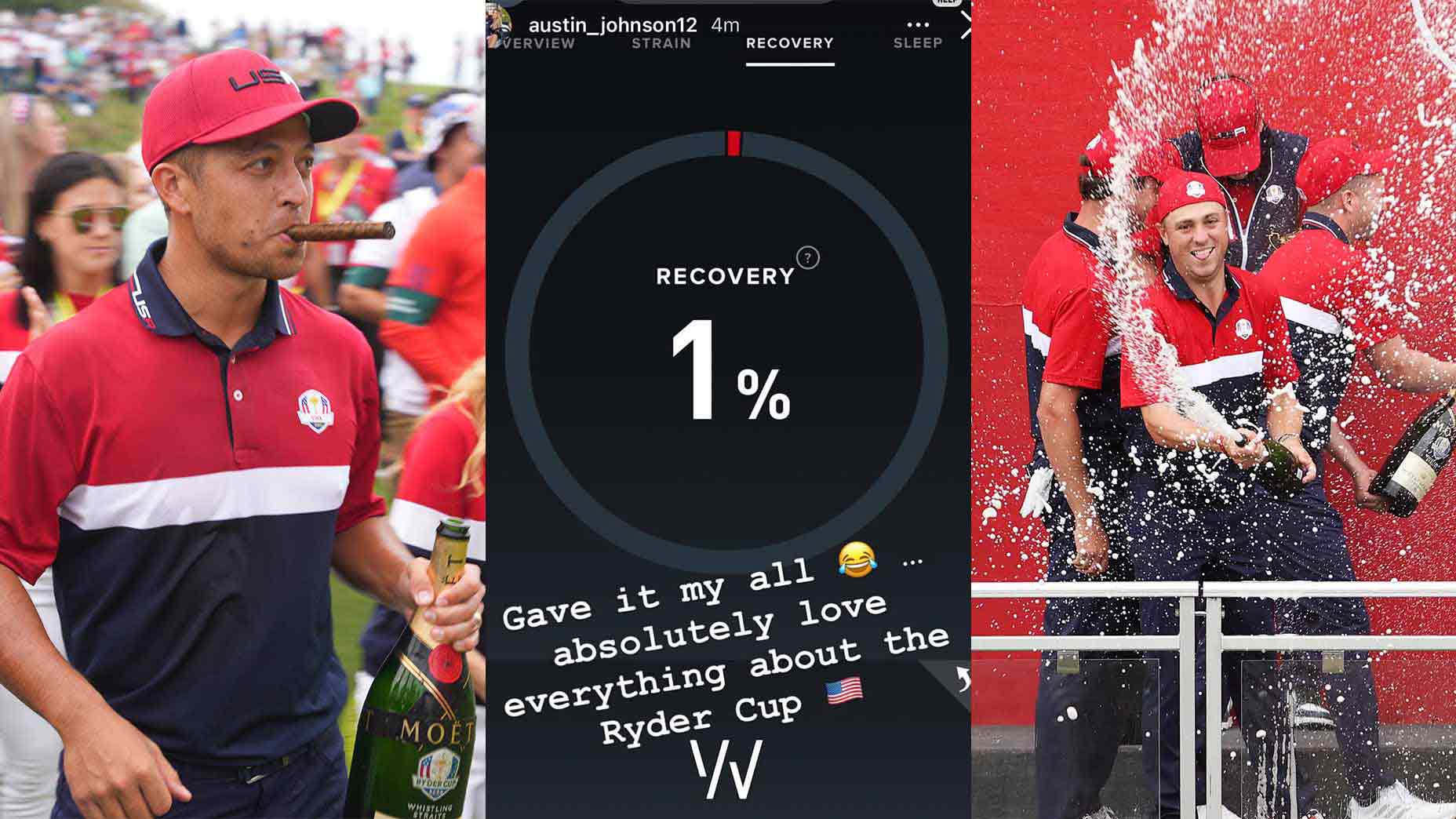 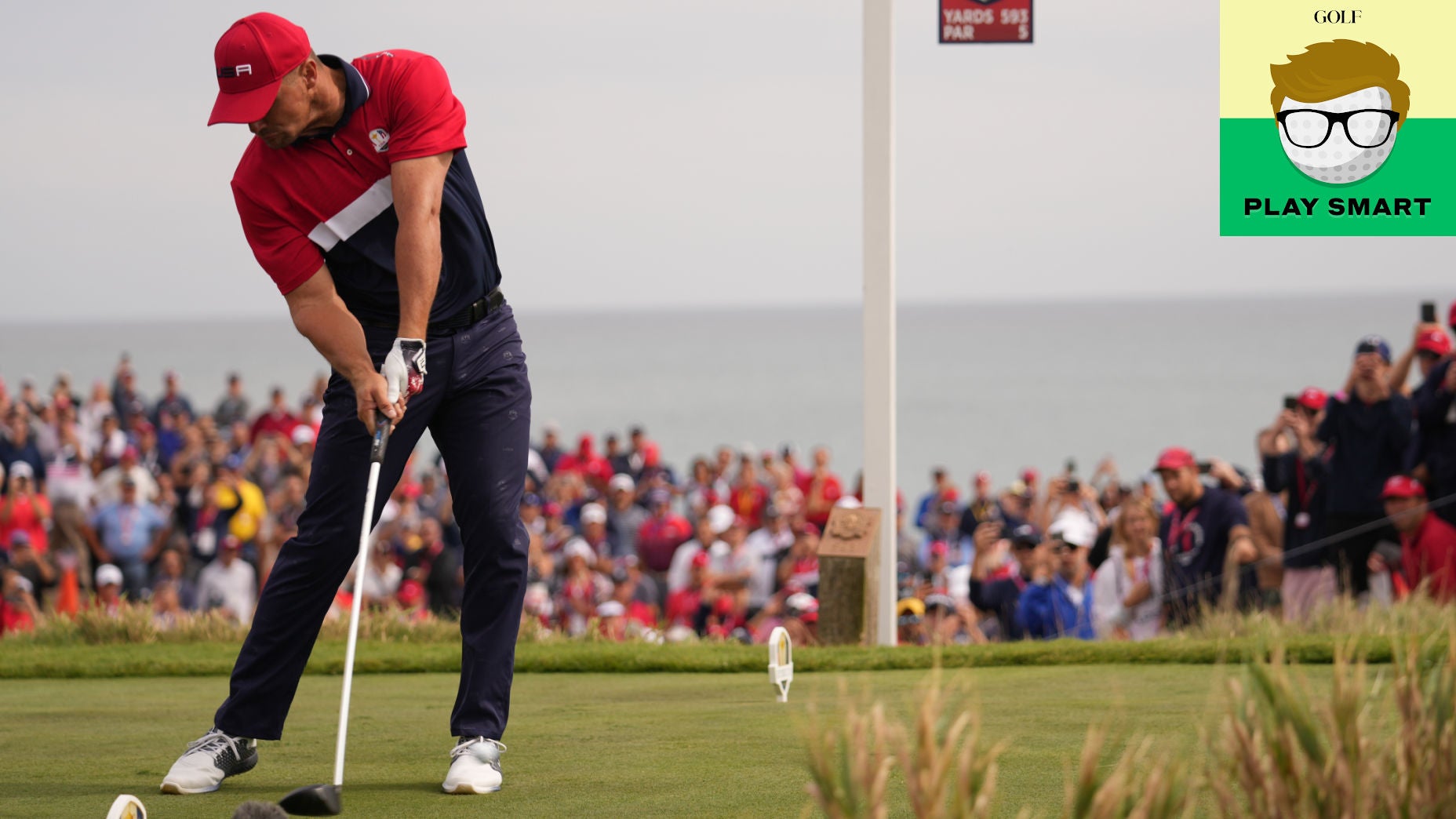 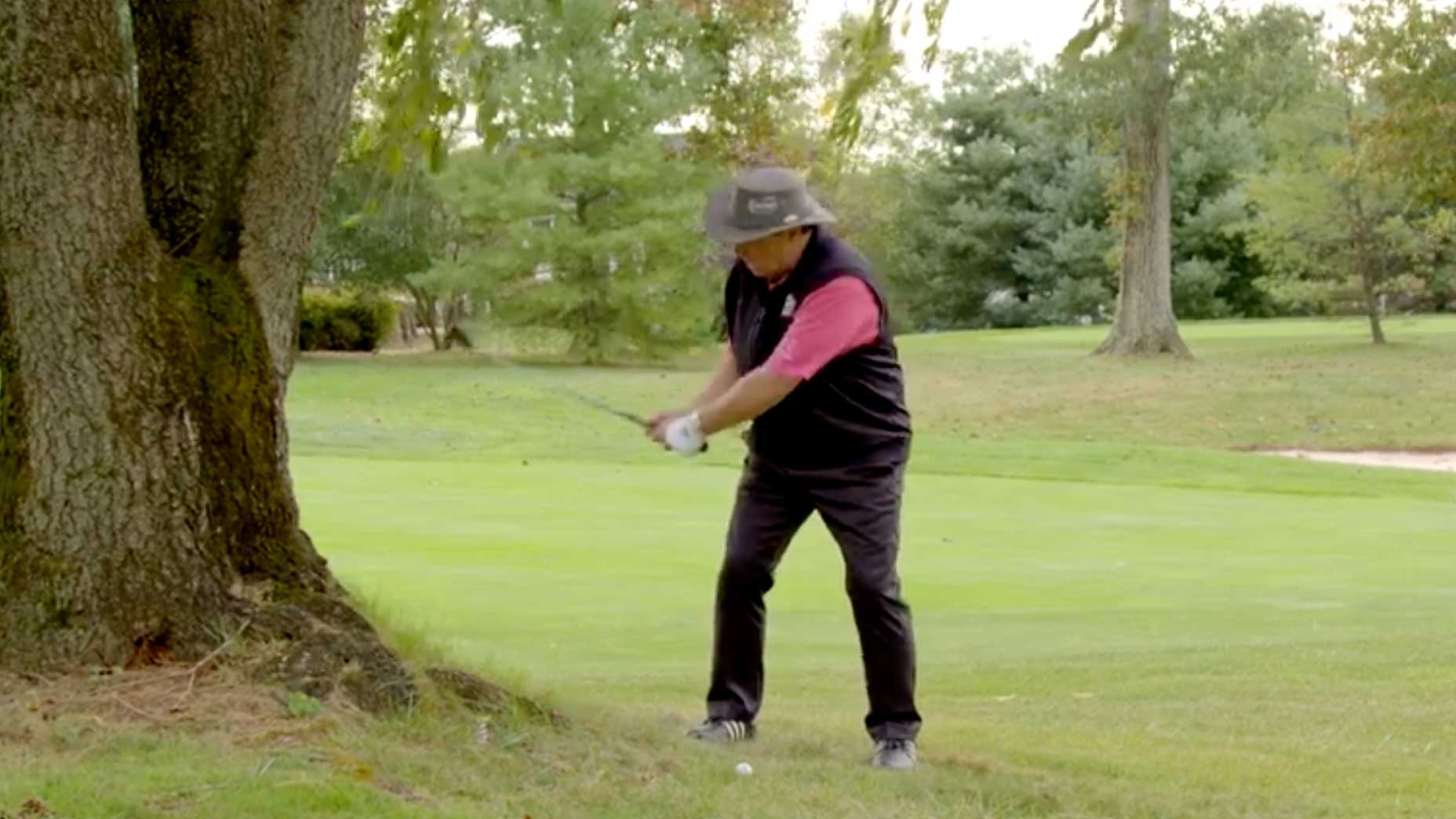 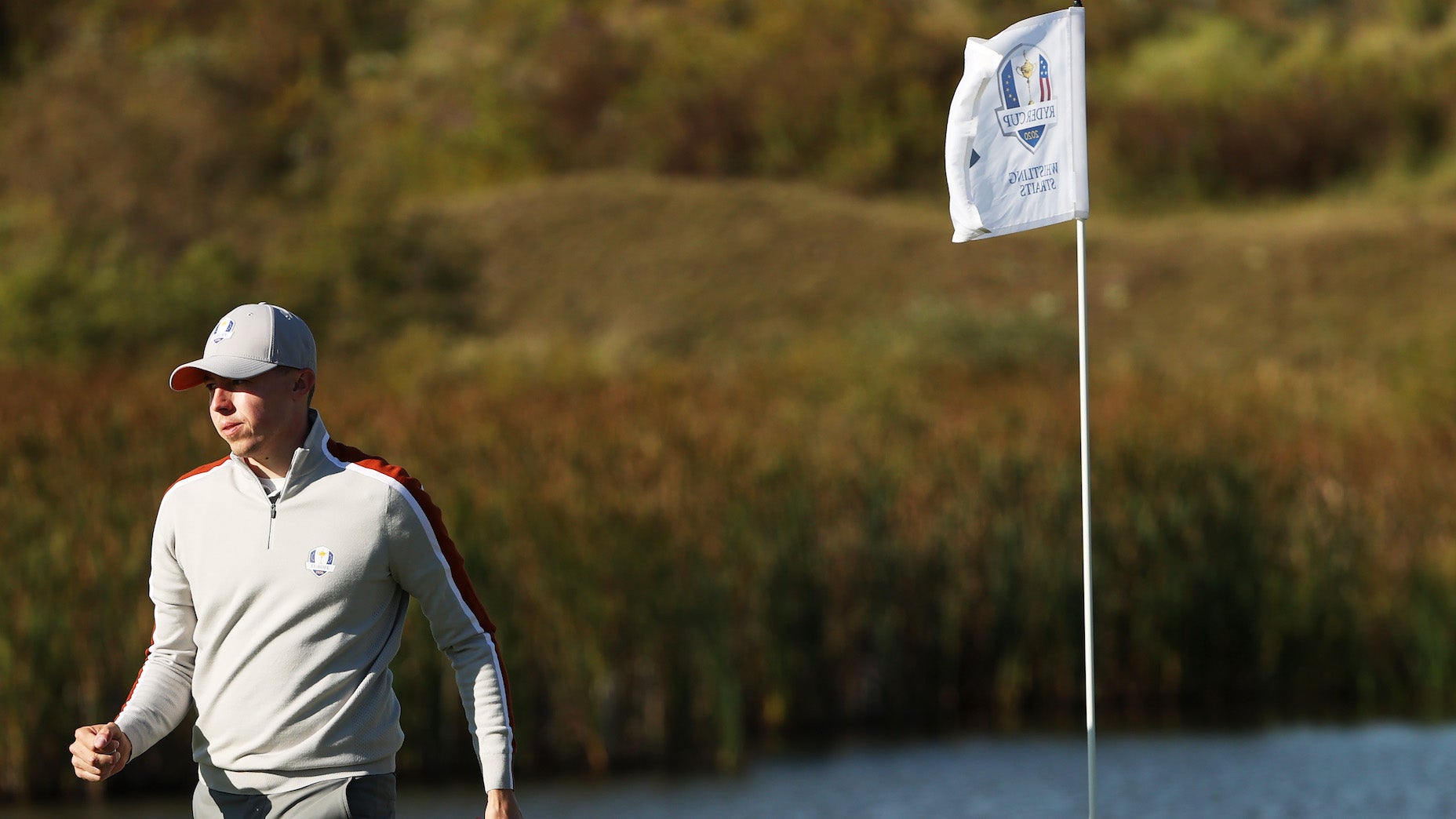 This Ryder Cupper putts with the flagstick in. Should you?
Go to mobile version