The general assumption is tour players change out their wedges on a regular basis. Grooves wear down from hitting endless range balls, thereby accelerating the timeframe for a fresh set of scoring clubs. That might be the case for some elite golfers, but when it comes to Justin Thomas‘ Vokey wedges, he’s a bit more methodical when it comes to groove management and handling “groove decay.”

If you’ve never heard the term “groove decay” before, it’s another way to describe the gradual wearing down of the grooves due to regular use. As the grooves begin to wear down, the spin rate decreases as well, which can affect how certain shots react around the green.

Thomas has learned over the years that spin is an important alley on the course with specific wedges. It’s one of the reasons why he’s more prone to change out his 57-degree Vokey SM8 and 60.5-degree Vokey WedgeWorks sand and lob wedges on a frequent basis. (According to Vokey Tour rep Aaron Dill, Thomas changes out the lob wedge every six weeks.)

“For him, it’s really about pulling [a new wedge] out of the closest when he really feels like it’s that time,” said Dill. “He knows the 60.5 and 57 need to have more spin. He’s trying to put the ball where he wants and sometimes get it to stop quickly.”

While the sand and lob wedge are replaced frequently, Thomas’ 46- and 52-degree will sometimes stay in the bag for upwards of two years before he contemplates making a change. Spin remains a vital piece of the equation, but having fresh grooves isn’t nearly as important. 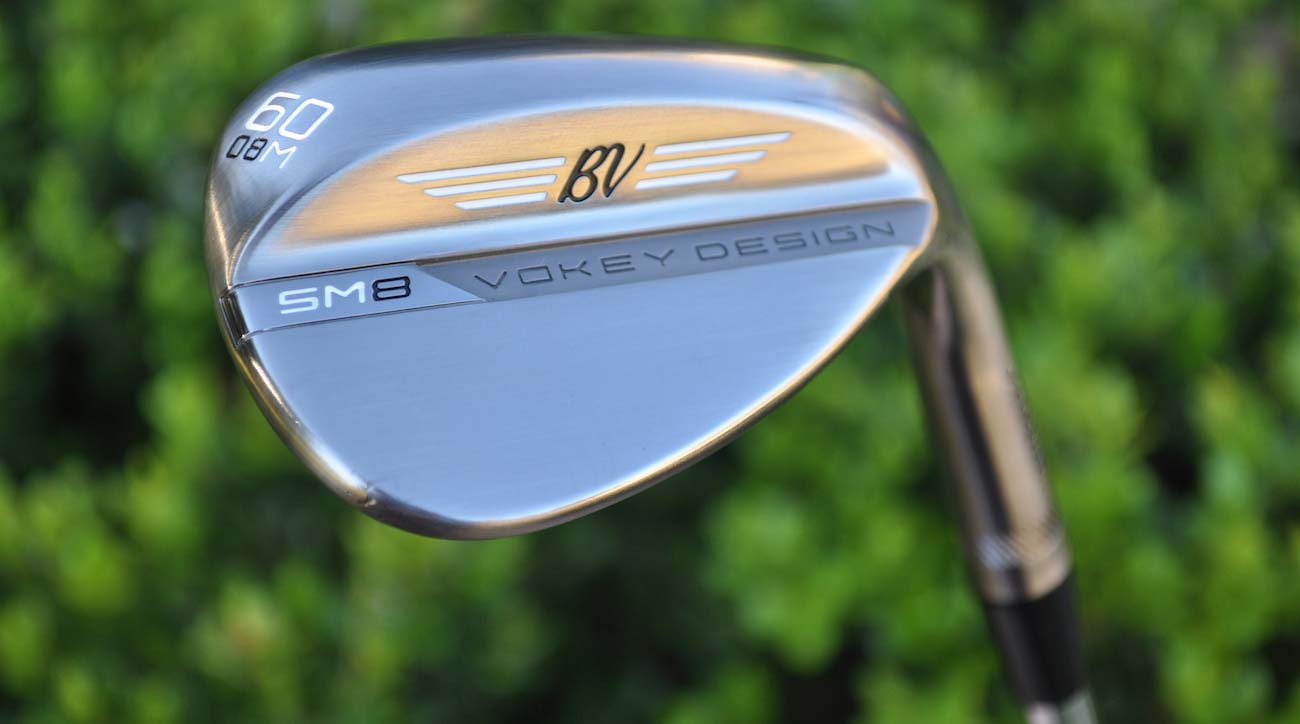 “Those two wedges are already high spinners because he’s swinging them faster,” Dill said. “The face is hitting on the ball more solidly, more often. Getting those to spin a little less is the goal. He’ll tell you when he gets a new pitching wedge and gap wedge, he doesn’t put them in the bag right away. He breaks in the grooves and doesn’t bring them out until the grooves on his current wedges are shot. He wears in the sweet spot because he trusts it and knows what it’s going to do.”

So what can recreational golfers learn from Thomas’ groove management? There’s no need to replace all of your wedges at the same time when even two of them start to go. Be mindful of your spin rate with the clubs where it matters most, but also understand that just because your grooves are wearing down on a pitching wedge or sand wedge, it doesn’t necessarily mean it needs to be pulled from the bag.