Rickie Fowler made a significant gear change in recent weeks.

The general assumption is professional golfers play the least forgiving clubs on the market. When you’re at the top of the food chain, forgiveness isn’t a huge priority — or so some assume. In actuality, pros constantly try to strike a reasonable balance between workability and playability.

No one, outside of Collin Morikawa, is hitting it out of the center on command.

That includes Rickie Fowler, who recently made the decision to trade in his Cobra RF Proto Rev33 blades for a slightly more forgiving set of cavity-back King Forged CB irons. Bouncing back and forth between different heads and shafts in recent months, Fowler felt the combination of the CB head and Mitsubishi MMT graphite offered him a good chance to get back on track. 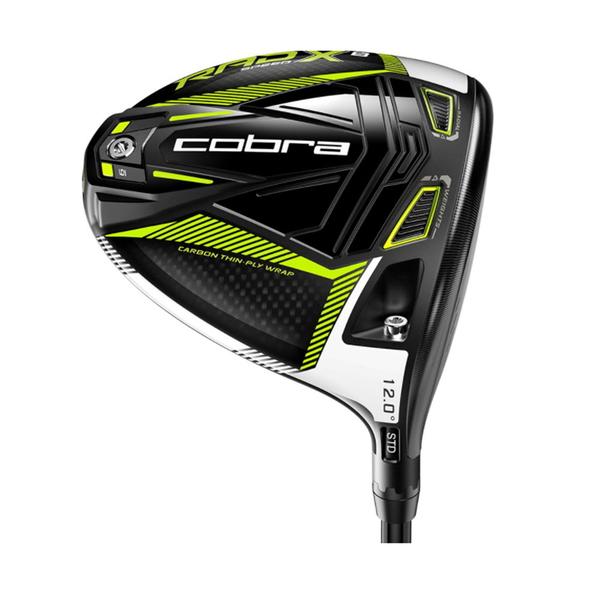 Check out the latest gear in the Pro Shop

The other change few golfers likely picked up on was Fowler exchanging Cobra’s RadSpeed driver for the limited-edition version released during Players Championship week. Instead of sticking with the standard head, Fowler opted for the slightly oversized RadSpeed XB and its back-biased weighting to gain a bit more forgiveness.

As for the lead tape positioned all over the sole, Fowler added roughly 11 grams of tape to increase the overall head weight for his short-than-standard 44.5-inch driver build.

Fowler’s recent changes are a reminder that even elite ball strikers can benefit from forgiveness on occasion. In other words, if you’re an amateur golfer, don’t always default to blades simply because they look good. You might be better off with something that offers a bit more mishit protection.

For the moment, it would appear Aaron Wise has found a driver. The PGA Tour winner swapped Titleist’s TSi3 for TaylorMade’s SIM2 (9.5 degrees) after noticing a higher launch with a slight uptick in ball speed. While the numbers were promising, it was actually the overall consistency of the shot shape that wound up being enough to push Wise over the edge during early week testing.

Wise ranked 65th in Strokes Gained: Off-the-Tee entering Honda, but with a new driver in the bag, he picked up more than 1.5 strokes on the field off the tee to finish a respectable 24th in the statistical category.

Odyssey’s 2-Ball Ten putter isn’t slowing down anytime soon. Riding a wave of momentum dating back to its first week on Tour in Palm Springs, the popular 2-Ball alignment aid and Ten head shape once again led the way as the most played model at the Honda Classic. That’s in addition to Odyssey topping the putter usage charts with 40 percent of all putters in play.

Club for the course

Numerous tight landing areas at PGA National led several players in the field to add utility irons for a secondary option off the tee and into par 5s. Aaron Wise (#2), Lucas Herbert (#2), Martin Kaymer (#3) and Xinjun Zhang (#3) were just a few of the names who added TaylorMade’s P790 and P790 UDI to tackle the course setup.

Quick-hitters: Ondrej Lieser’s Golf Geum Technology bag stole the show at the European Tour’s event in Kenya. According to Mark Myrhum from MCM Golf Consulting, the bag’s outward design purposely shifts the center of gravity lower to keep it from tipping over while standing up or attached to a pushcart. … Martin Kaymer added TaylorMade’s SIM2 driver (8 degrees). … Of the 41 Titleist drivers in the Honda field, 38 were the current TSi model. … Over in Kenya, Callaway led the way 40 Epic driver models in play — tops in the field. The equipment manufacturer also ranked No. 1 in fairway wood usage. … Local club pro Alan Morin was spotted playing some classic Vokey TVD Spin Milled C-C wedges.