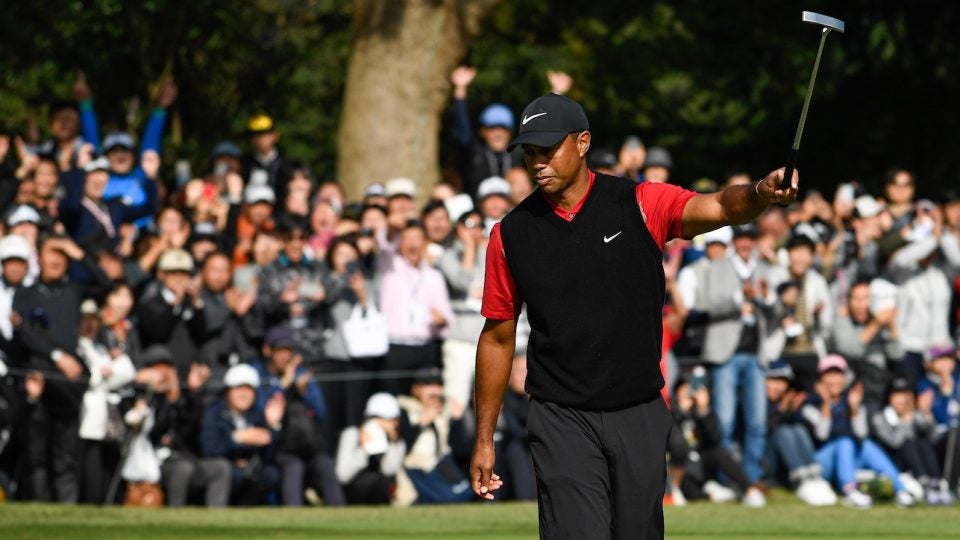 Take a look at photos of Tiger Woods’ Scotty Cameron Newport 2 GSS putter over the years and you begin to notice the 15-time major winner doesn’t like to mess with success. Dents and wear marks cover Woods’ loyal flatstick from the countless battles the two have been through together — battles that began all the way back to 1999, when the putter first went in play.

Given the condition the putter is currently in, most players would’ve considered getting it refinished by now. But Woods likes his putter as-is. At least that was the case until recently when his putter received an impromptu “makeover.”

Take a closer look at Woods’ putter from last week and you’ll notice one thing is missing: the red “cherry bomb” in the cavity. The red dot, which is located in the cavity and heel of the putter, was popularized by Tiger Woods, who started using the Newport 2 GSS in 1999 at the then-GTE Byron Nelson Classic. 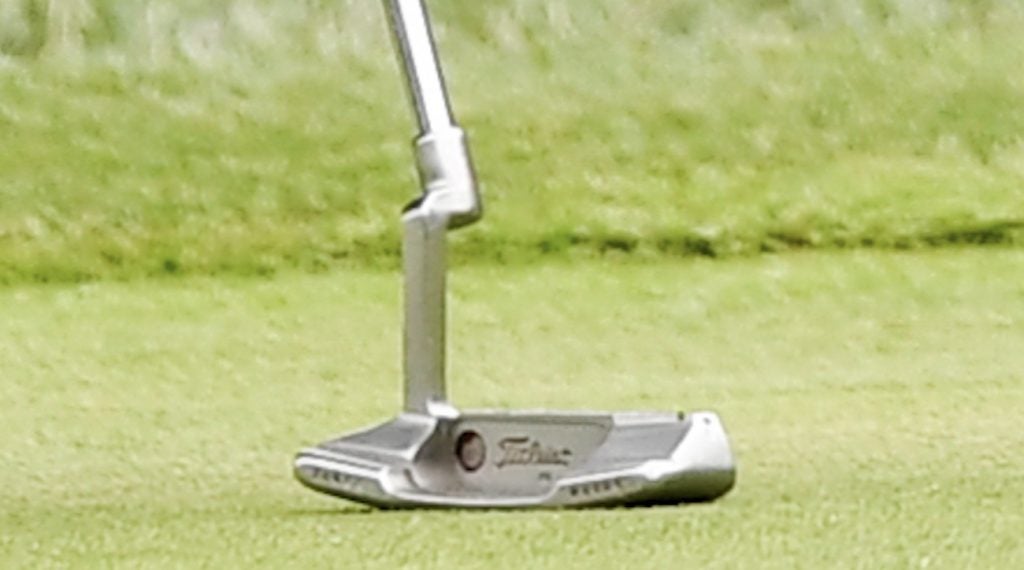 What's missing from this picture of Woods' putter?
Getty Images

Prior to shipping the putter to Woods for him to try out, Cameron noticed the head weight was two swing-weight points too heavy, which led him to mill a dot in the back cavity and another in the heel of the face to get the weight just right. Red paint was then applied to give it a striking look. The cherry bomb can now be found on countless retail products from Cameron.

As for the existing cherry bomb in the cavity of Woods’ putter, most of the paint was recently removed — a curious decision for someone who doesn’t tinker with the putter.

So what’s going on? If you go back to this year’s Open Championship, you’ll recall Woods was testing two putters that week, including his usual Newport 2 GSS with a strip of lead tape in the cavity. The lead tape was used to increase overall head weight, which in turn made it easier to get the ball rolling to the hole on slower greens. 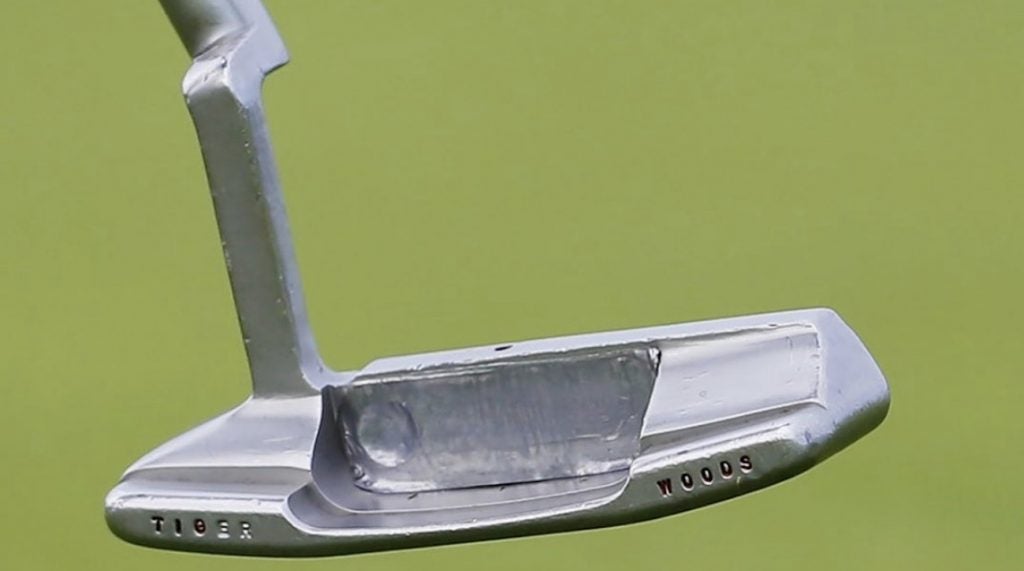 Lead tape serves a purpose in the golf equipment space, but there’s one thing you need to be aware of when slapping a few strips on a club: It can remove paint. Woods learned that lesson the hard way when he removed the tape following the tournament, only to realize the red paint from the cherry bomb came off as well.

So far, Woods has refrained from getting the circle repainted. And with PGA Tour win No. 82 now on his resume, there’s a good chance he won’t be changing things anytime soon. 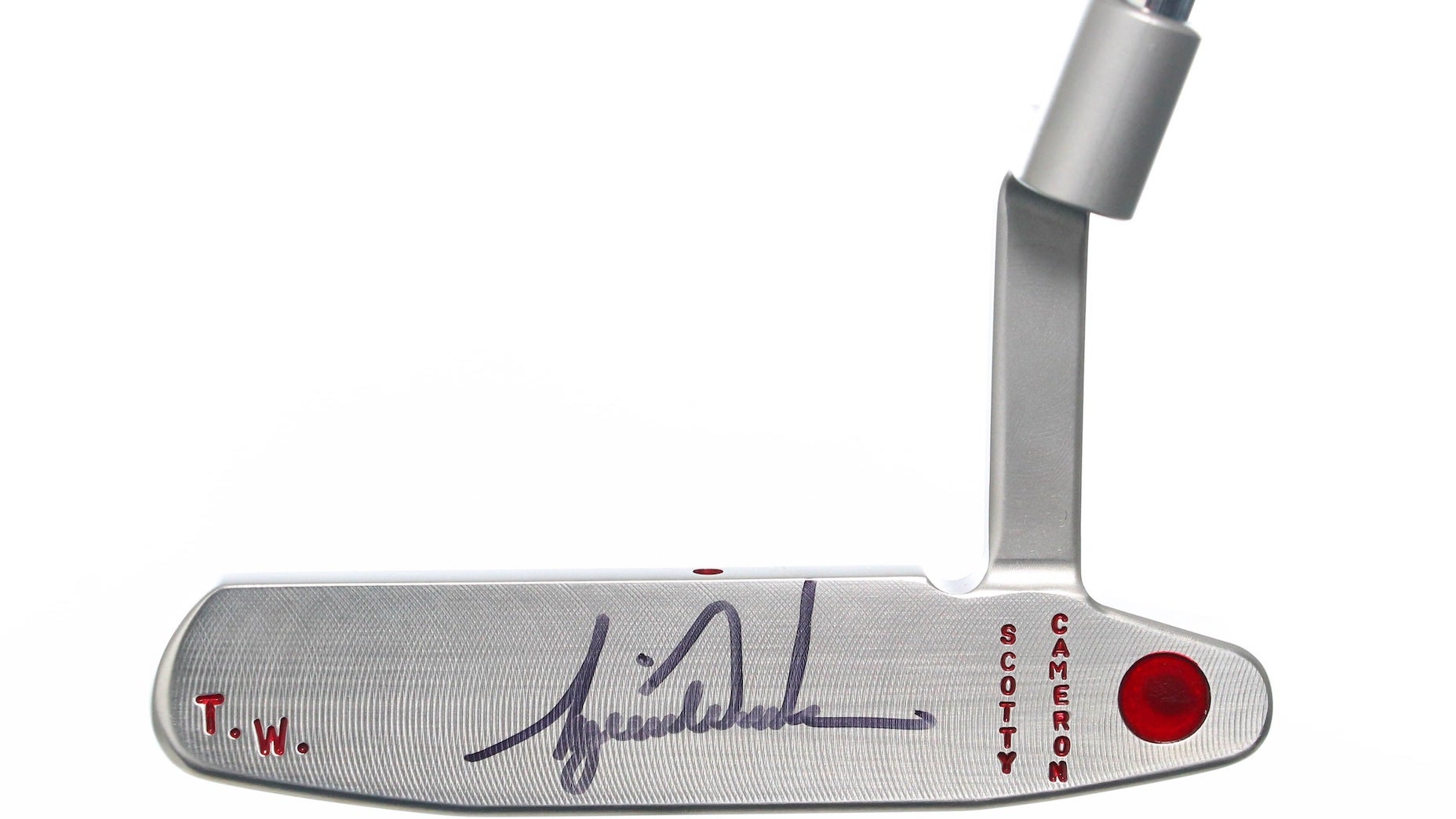 This Tiger Woods Scotty Cameron putter has an entertaining backstory