One man’s loss turned into a life-changing moment for Bob Bettinardi in the run-up to the 2003 U.S. Open. In the second part of an interview on GOLF’s Fully Equipped podcast, the founder and owner of Bettinardi Golf recalled a bizarre chain of events at Olympia Fields Country Club that led eventual winner Jim Furyk to make an emergency trip to Bettinardi’s Tinley Park headquarters to find a new putter.

Just days before he was supposed to be on the first tee for the opening round in Chicago, the USGA informed Furyk that the Hog prototype putter he had used to record three consecutive top-10 finishes prior to the U.S. Open had been deemed illegal.

“Jim had heard my business was only 25 to 30 minutes away from Olympia Fields,” Bettinardi said. “He came up to me around 11 [a.m.] that day and said, ‘Hey, I just got notified by the USGA that the putter I’m using now, which was another brand, was deemed illegal.’ He said he needed to go get a putter now.”

According to a Golfweek report from 2003, Dave Billings, founder and CEO of Dogleg Right, maker of the Hog, had failed to submit the putter Furyk had been using to the USGA prior to showing it to Tour players. The USGA deemed the mallet to be non-conforming — due to the “plain in shape” rule” — because the “tongue on the crown of the putter was not connected to the sole.”

Furyk and his father loaded up in Bettinardi’s car and made the trip to his facility, where Furyk proceeded to spend the next seven hours, until almost 8 p.m., testing different putters before finally settling on a high-MOI mallet that went by the name “Baby Ben.”

“It was a wide-body mallet [made from] aluminum — it was actually probably one of the first high-MOI putters ever made. He ends up using it and wins the U.S. Open,” Bettinardi said.

Furyk would go on to win his only major championship by three shots wielding the “Baby Ben” mallet. It was a career-defining week for not only Furyk but Bettinardi as well, who followed the 17-time PGA Tour around Olympia Fields for all four rounds, realizing what a win could mean for both. 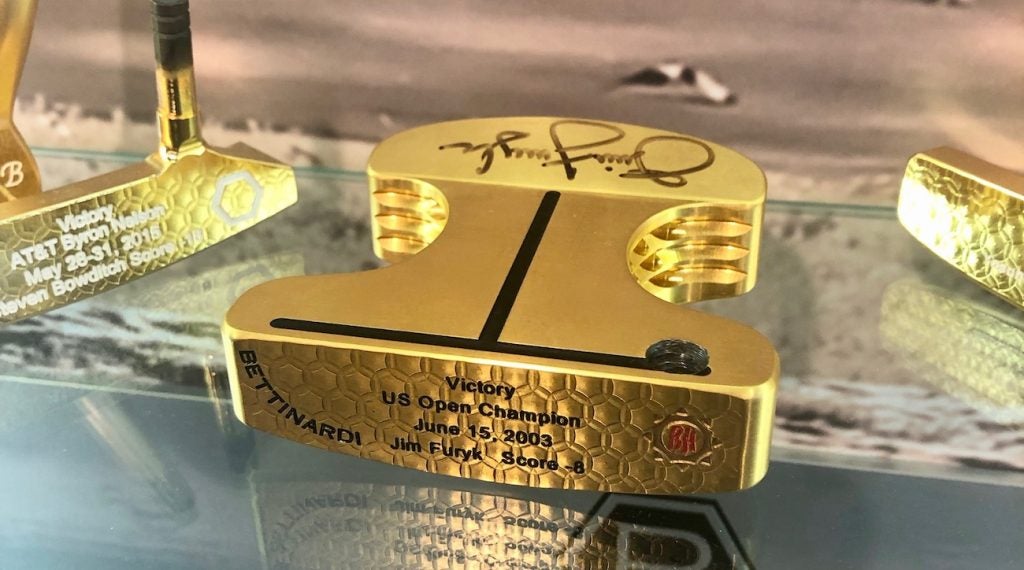 A gold version of Furyk's Bettinardi Baby Ben putter can be found in a display case at the company's headquarters.
Jonathan Wall

“I gave it a try and was in there working with Bob’s rep all week, just making little adjustments, making adjustments, getting the line and loft,” Furyk said after the final round of the 2003 U.S. Open. “And I felt like I was real comfortable with it and I putted very well with it this week. I made some key putts and some great putts.

“It’s kind of an interesting story, you put a club in your bag on — for this week, the first time, and your putter is probably the most important club in the bag.”

At the time Furyk used Bettinardi’s Baby Ben, the putter manufacturer had recently aligned itself with the Ben Hogan Golf Company (2003-2005) to produce putters that were stamped “Hogan Milled by Bettinardi.” Bettinardi would go on to partner with Mizuno three years later (2005-2008) before setting off on his own, in 2009, to create Bettinardi Golf.

“The rest is history,” said Bettinardi. “It was just a great moment for Jim Furyk, and huge for the Bettinardi brand.”

You can hear the rest of Bettinardi’s interview, along with Jonathan and Tim’s gear thoughts, in the podcast below. Subscribe to the GOLF.com Podcast on iTunes here. 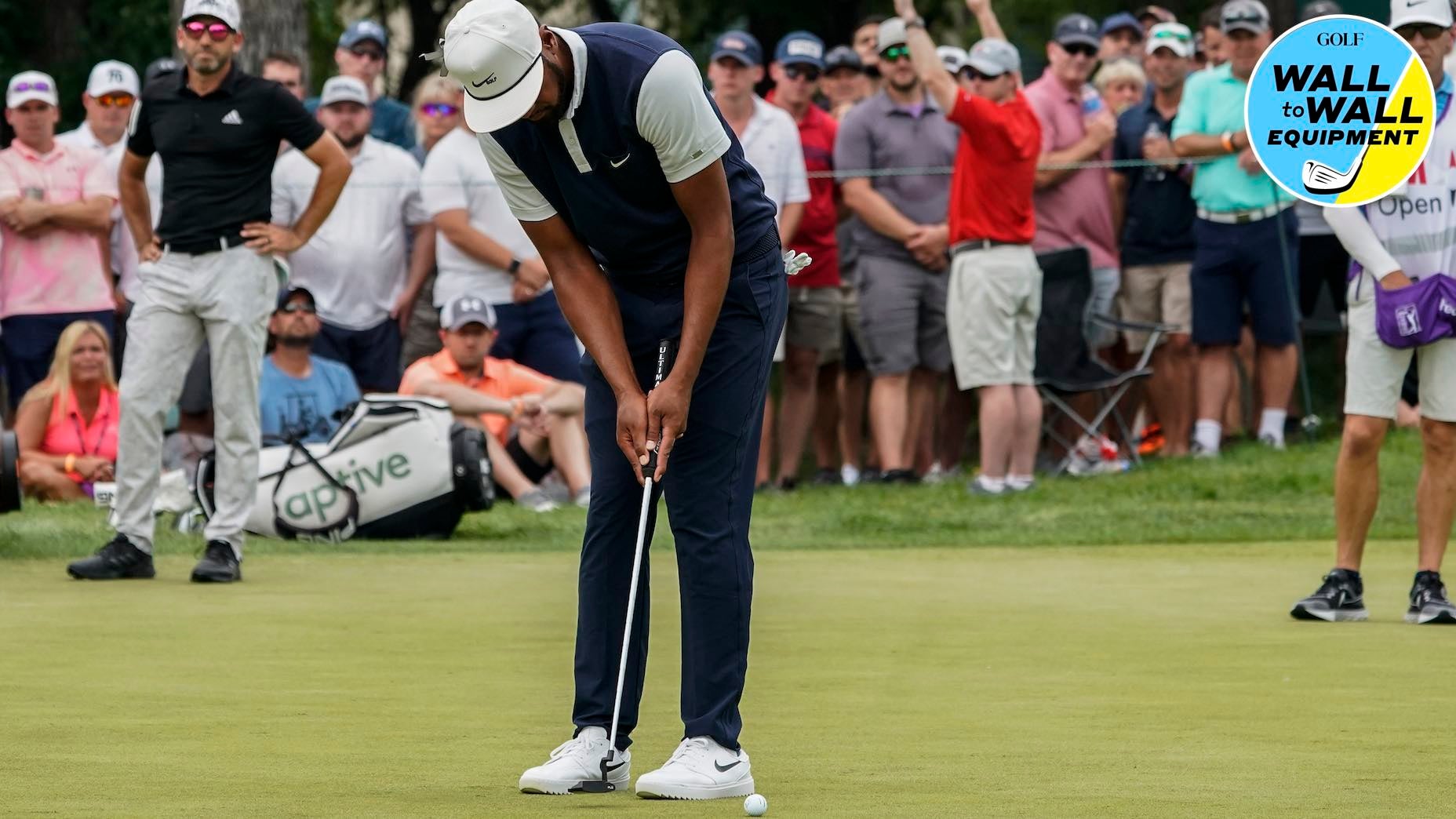 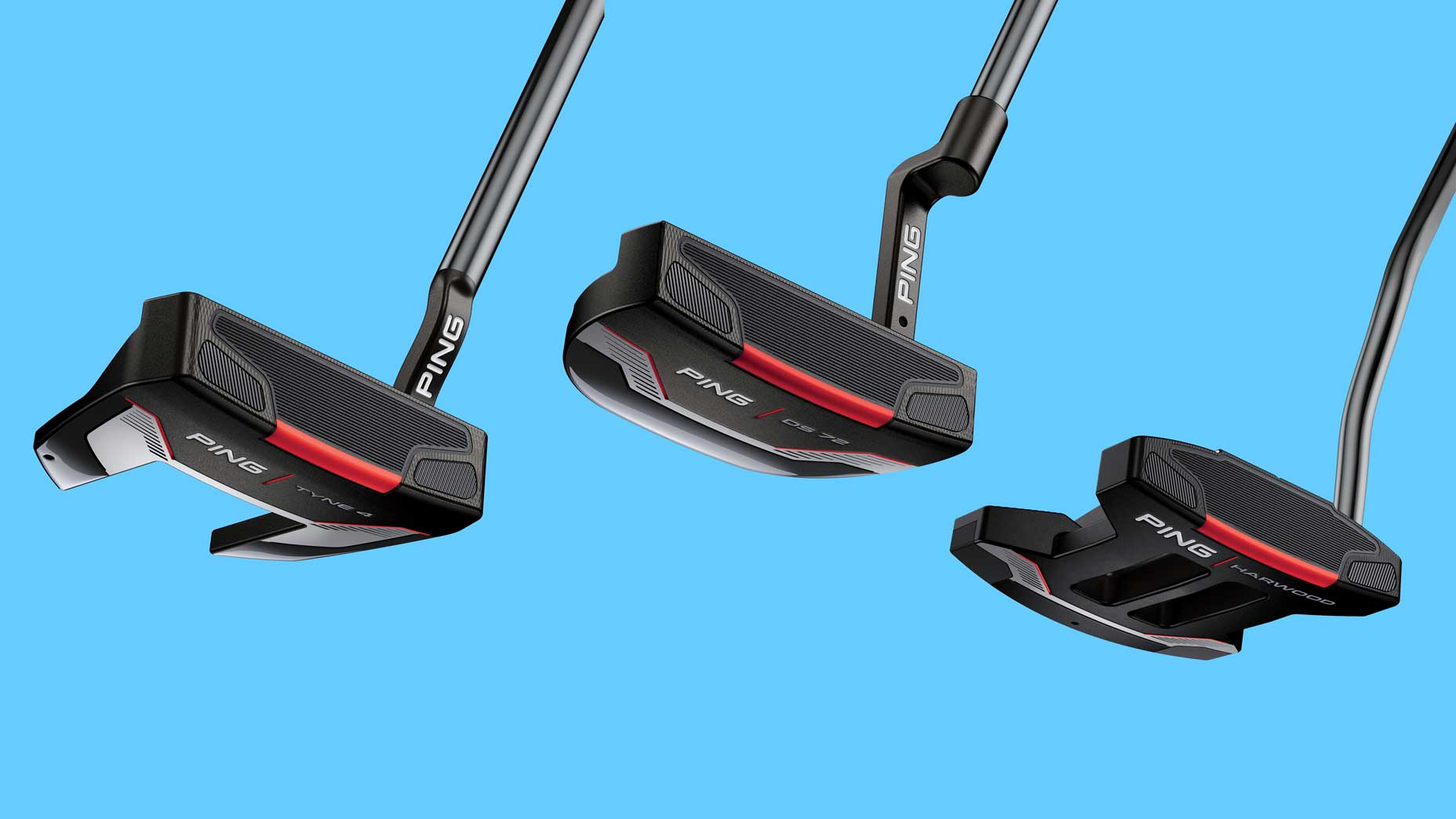 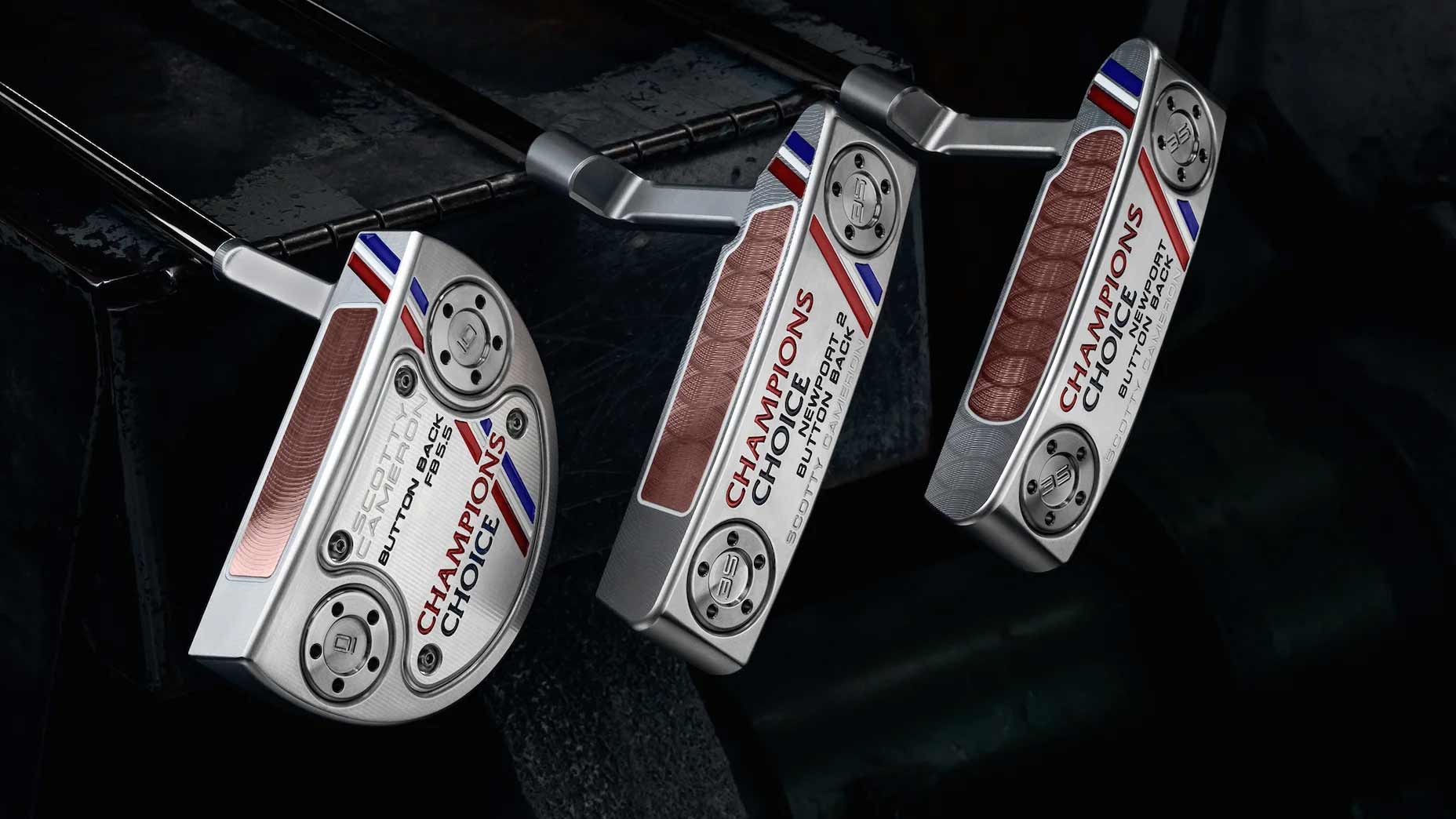 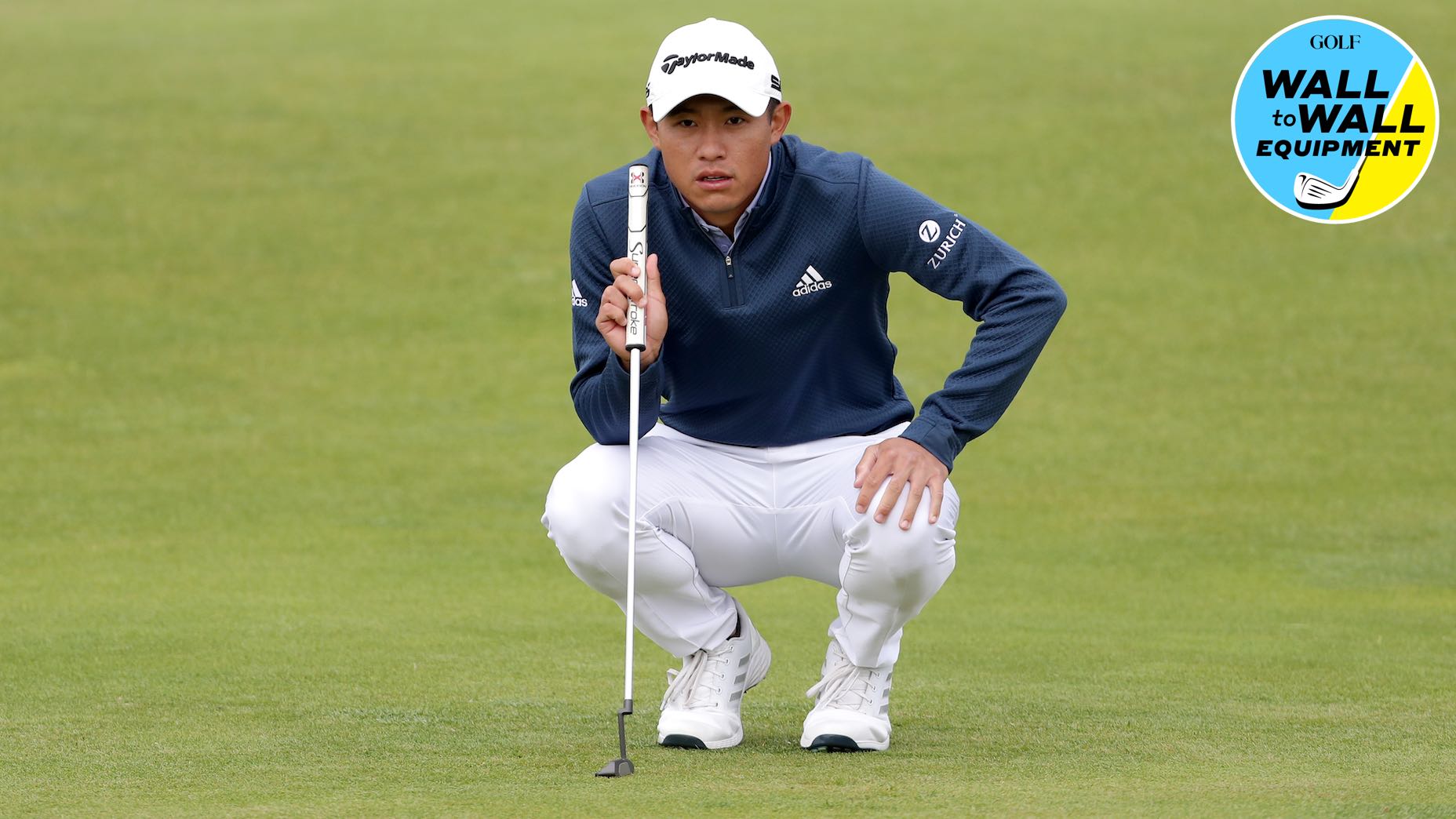 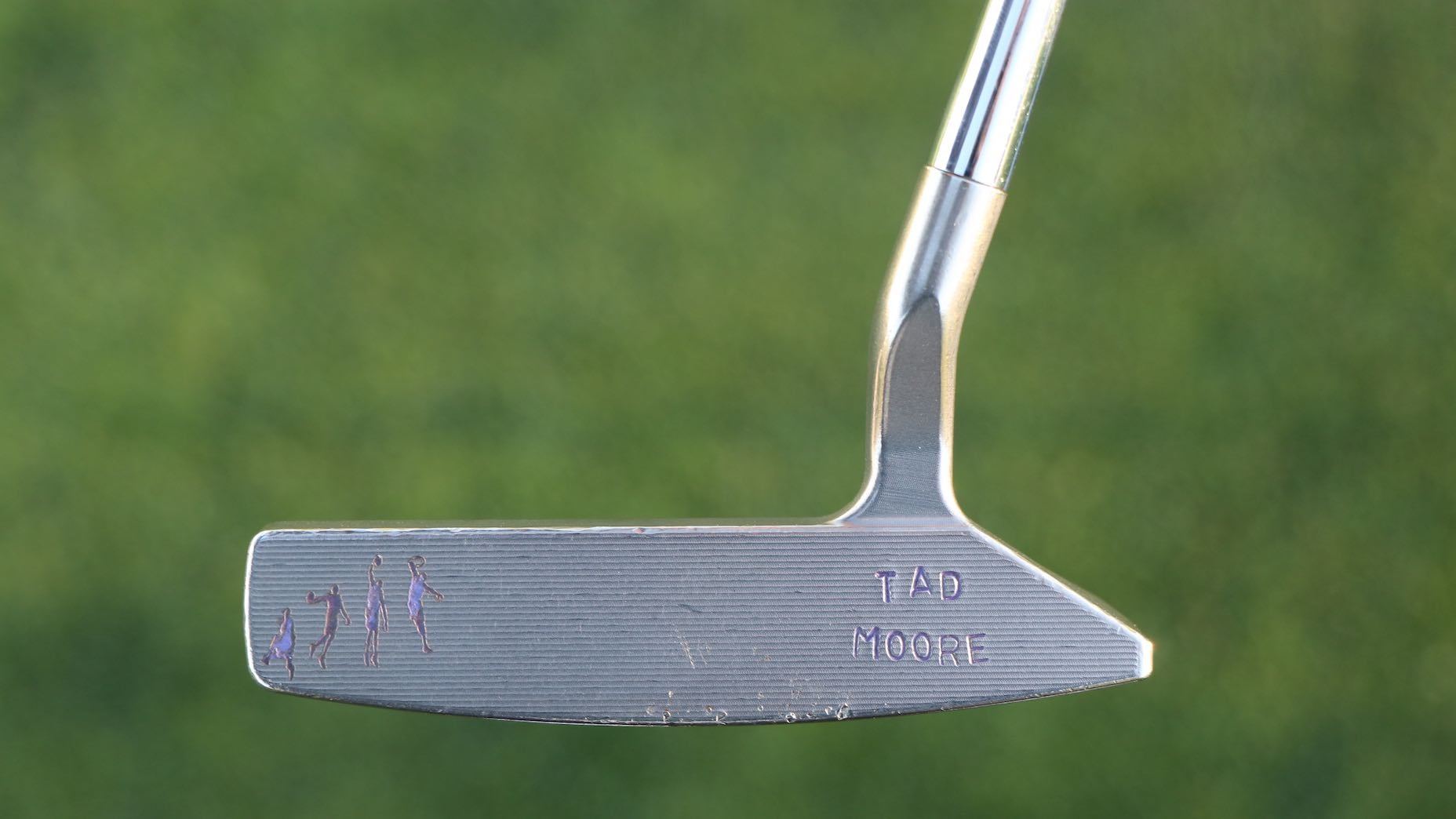