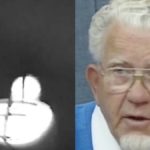 Ping Golf, founder by Karsten Solheim, is a manufacturer of golf equipment.

As the sport of golf continues to advance and modernize, so do the technological advancements that we use design clubs to maximize our playing potential. Equipment companies use state of the art technology to test their products, Ping among them, a company that has been working on tools and using technology to further the game for over sixty years. PING GOLF’s origin story begins in 1959 when founder Karsten Solheim developed a unique putter head and patented the “PING 1-A putter”

This week on social media, Ping shared a video offering a fascinating archive clip of Solheim himself explaining how Ping’s iconic robot tester works — a key element being that it has similar wrist and arm mobility as a human.

“What we do is try to keep testing clubs,” Solheim says. “And experiment on the frequency of the shaft and the weight distribution in the head, and then we hit the ball with a mechanical man that has a shoulder turn and that also has a loose wrist.”

While Solheim is speaking, the video displays a grainy, black-and-white clip of an early version of a robot bringing a Ping club behind its head, and subsequently launching the ball off screen.

“It works just like a human when they’re hitting the ball,” Solheim explains.

Solheim next narrates that after a litany of tests, Ping picks out the club that is able to hit the ball the farthest.

Although Solheim’s genius is no longer with us today, his legacy still lives on in golf — through Ping, and through the biennial Solheim Cup.