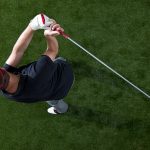 Under a new local rule, the allowable shaft length will be capped at 46 inches.

Tournament organizers will have the option to limit club length to 46 inches, under a new local rule that the USGA and R&A announced Tuesday will go into effect on Jan. 1.

The rules modification — the current maximum allowable club length is 48 inches — will not affect most golfers but is an effort by the governing bodies to keep driving distances in check at the elite levels of the game.

“Admittedly, this is not the ‘answer’ to the overall distance debate/issue, but rather a simple option for competitive events,” Mike Whan, the USGA’s chief executive officer, said in a statement. “It’s important to note that is not a ‘Rule of Golf,’ and as such, it is not mandated for the average, recreational golfer. Rather, this is an available tool for those running competitive events.”

According to the USGA, only 3 percent of professional players and 2 percent of recreational golfers currently use club lengths in excess of 46 inches.

The proposal to dial back the permitted club length was first announced in February of this year. Shortly thereafter, the USGA kicked off a “comment period” during which players, manufacturers, tour administrators and other members of the golf community were encouraged to provide feedback. That input was “carefully considered” before the governing bodies came to a decision, the USGA said in a press release Tuesday.

In a statement, the PGA Tour said it would implement the local rule effective Jan. 1, noting that it also conducted its own research on the matter.

“After understanding the feedback received from the golf manufacturing community, we also undertook a survey of usage of clubs in use across the PGA Tour, PGA Tour Champions and the Korn Ferry Tour and found that a very small number of players either have used or are currently using clubs greater than 46 inches,” the statement read. “The PGA Tour Player Advisory Council recently reviewed the subject and we have concluded that the PGA Tour will implement the Local Rule on Jan. 1, 2022.”

Several players have already made clear their feelings on dialing back shaft length, most notably six-time major winner Phil Mickelson.

In August, after hearing word that the governing bodies were going to take action, Mickelson took to social media to lambaste the USGA.

“Word is USGA is soon rolling back driver length to 46 inches,” Mickelson wrote. “This is PATHETIC.1st (sic) it promotes a shorter more violent swing (injury prone,) doesn’t allow for length of arc to create speed, and during our 1st golf boom in 40 years, our amateur gov body keeps trying to make it less fun”

Mickelson, ever an equipment tinkerer, has toyed with various driver lengths. When he won the PGA Championship earlier this year, he had a 47.9-inch driver shaft in his bag. Under the soon-to-be enacted new local rule, that would be 1.9 inches over the limit.

When Mickelson went on his tweet storm, another major winner, Keegan Bradley, also aired his grievances, writing of the USGA, “They have no idea what they’re doing.”

Martin Slumbers, the R&A’s chief executive, said in the statement Tuesday that the local rule is “the right thing for the game,” because it gives tournament organizers “flexibility to choose for themselves within the framework of the Rules. We are working hard to maintain an open, collaborative and considered dialogue with these key stakeholders as we continue to evolve the Equipment Standards Rules to ensure they reflect the modern game.”

You can read more about the new local rule here.