Mizuno’s JPX 923 lineup officially launched on Friday with five fresh models in the lineup. Known as the tech-heavy iron, the latest edition features more of the same with even more ball speed and materials designed to benefit golfers in every handicap range.

Here’s a look at five things that stand out when it comes to the JPX 923 lineup.

Mizuno is used to receiving letters from the USGA confirming their latest products met the governing body’s equipment standards. While JPX 923 received the green light, an additional notation was added to the approval letter that Chris Voshall, Mizuno’s head of product, had never seen before.

The increase in speed can be attributed to a new Nickel Chromoly that’s 35 percent stronger than the Chromoly found in the previous JPX 921 line. 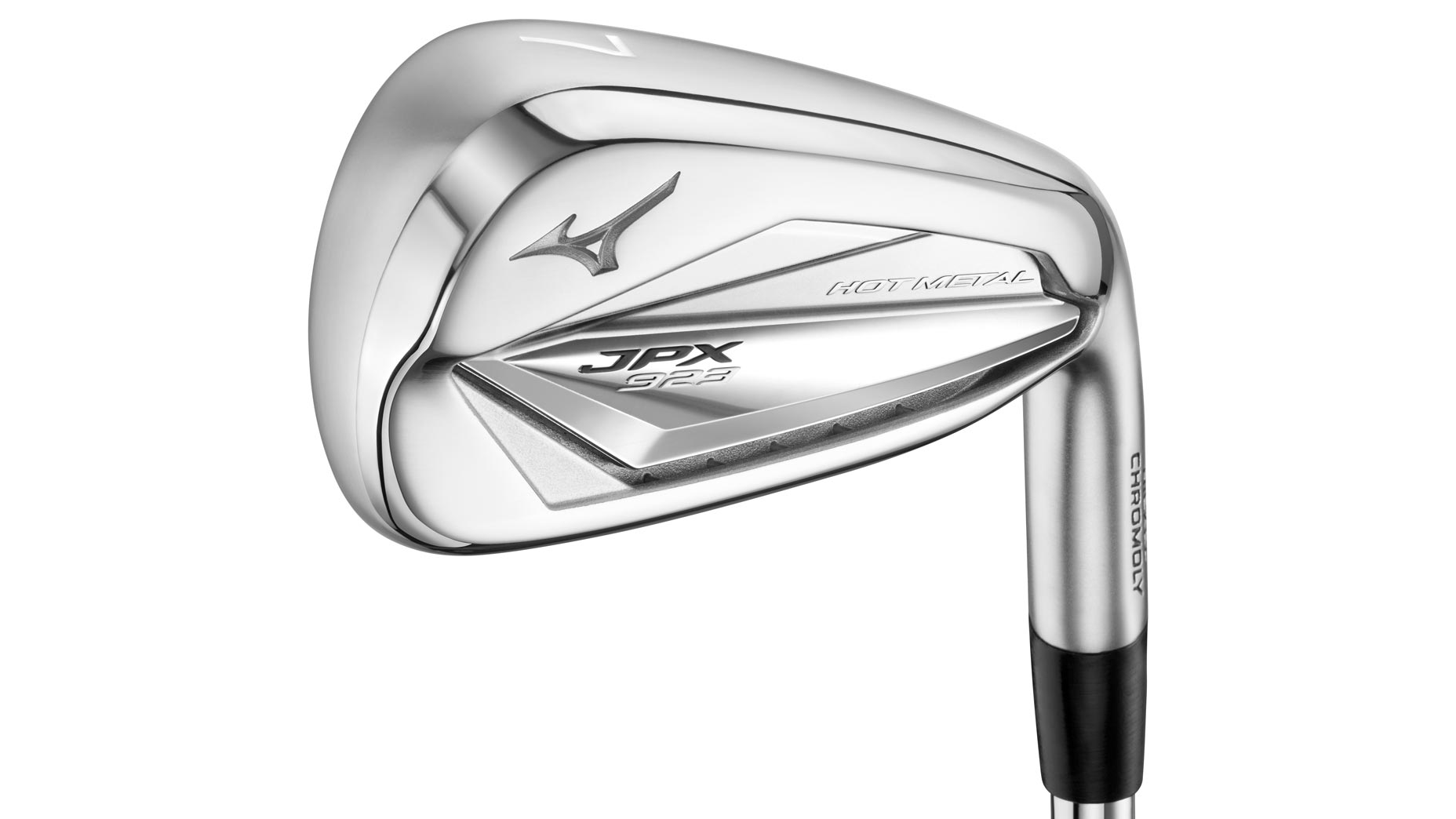 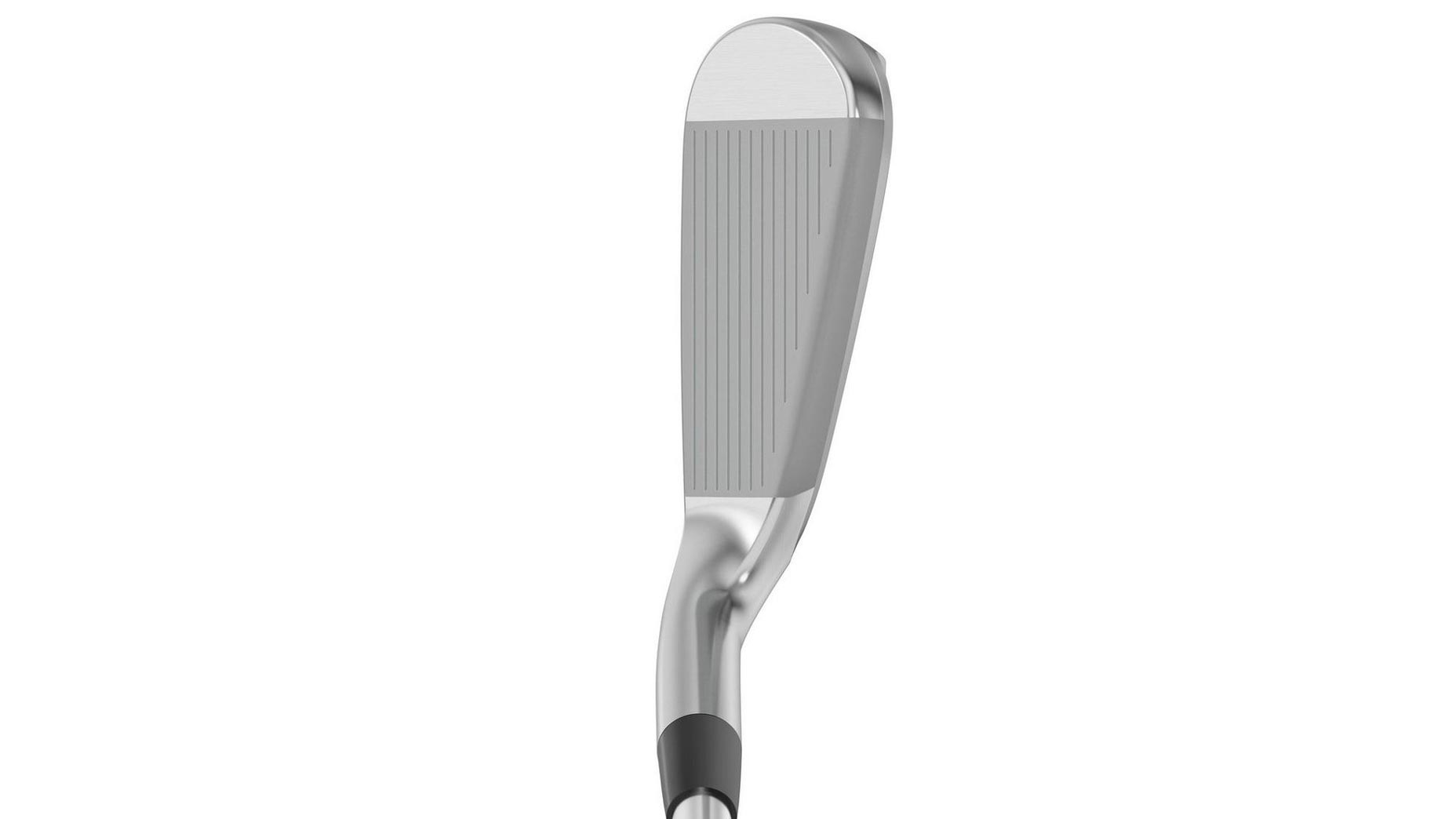 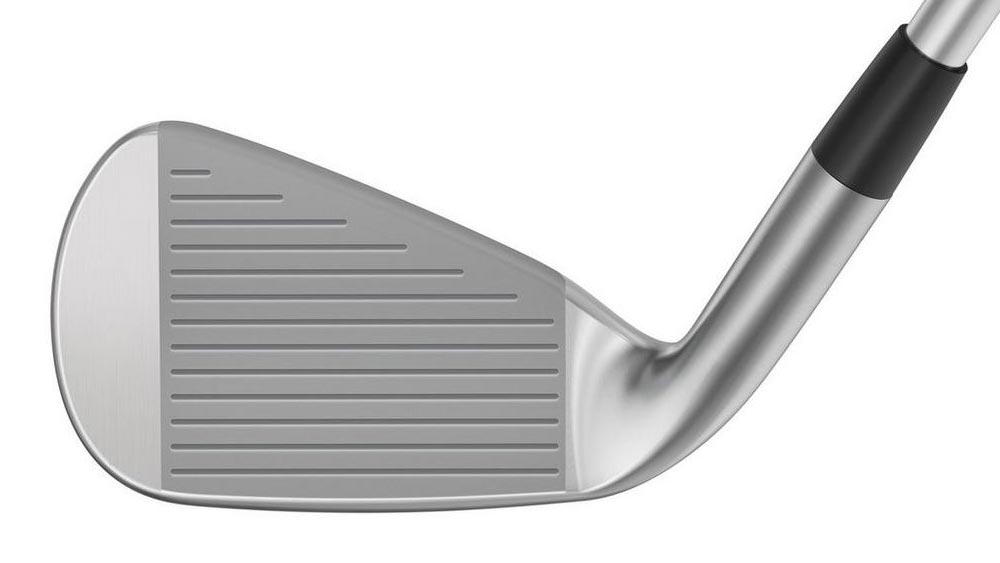 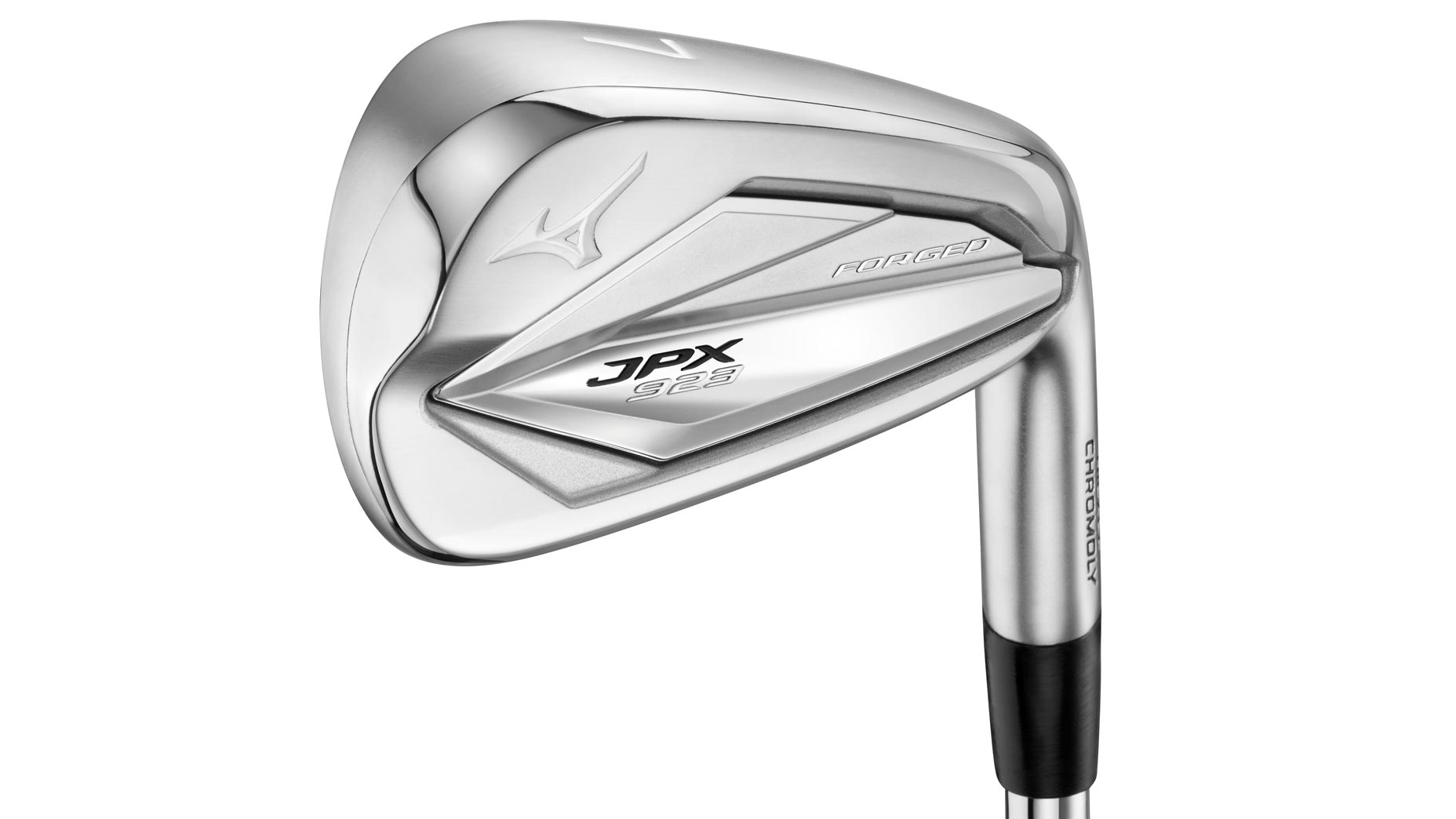 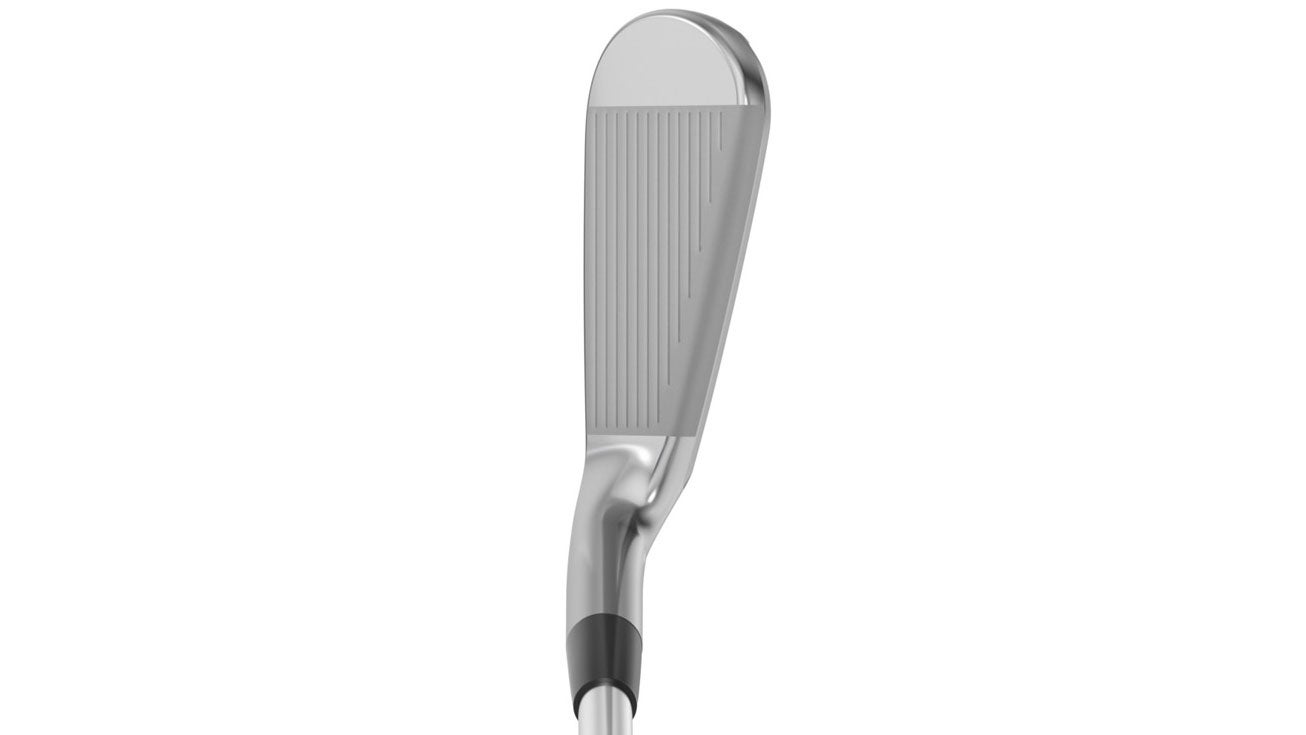 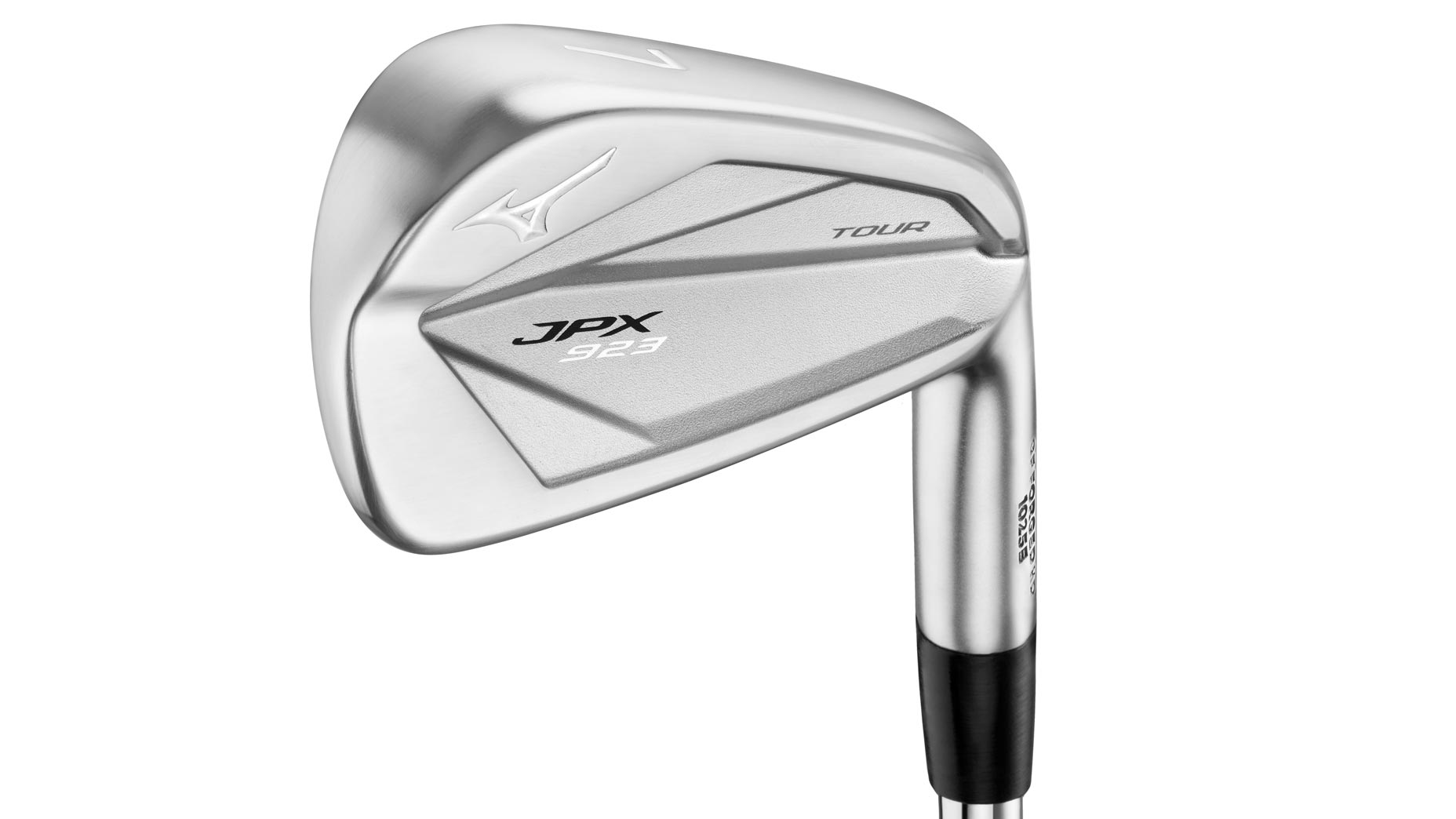 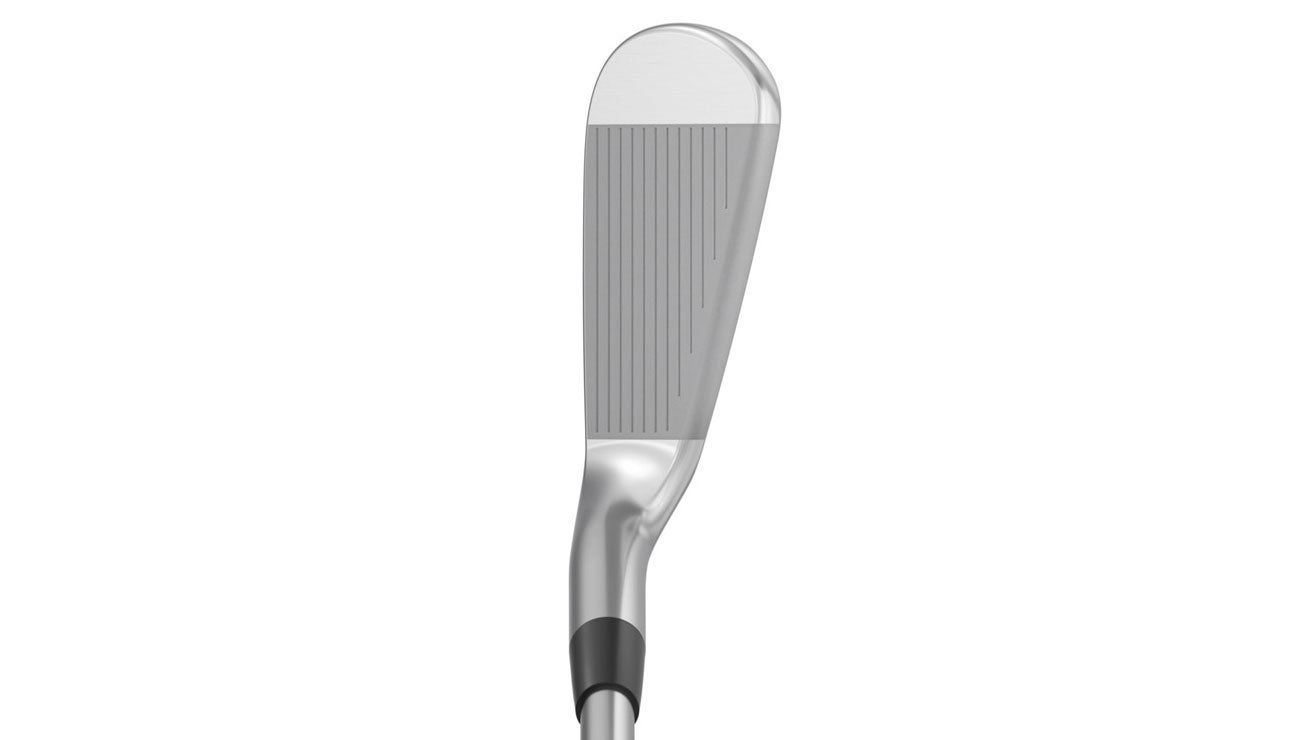 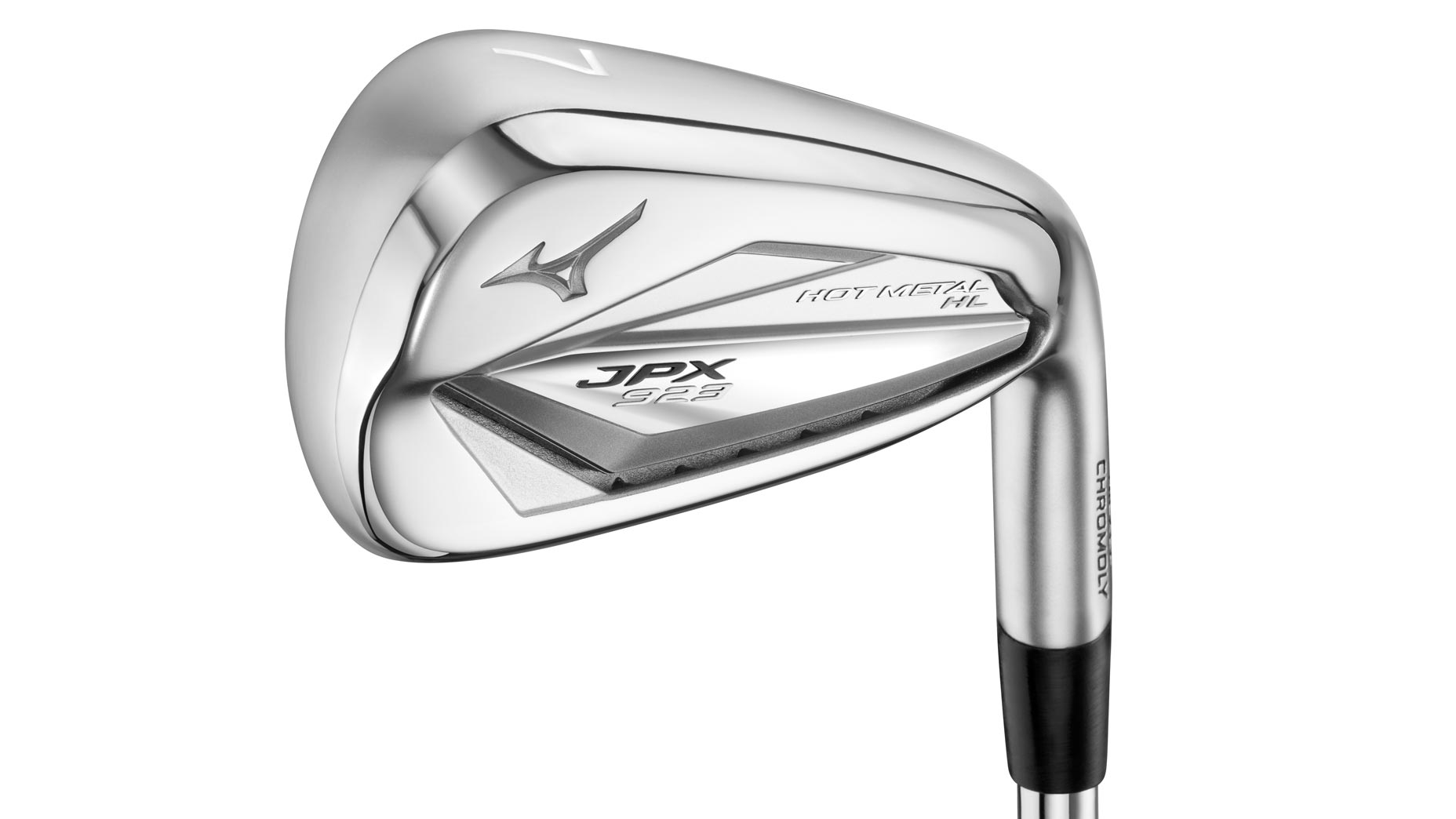 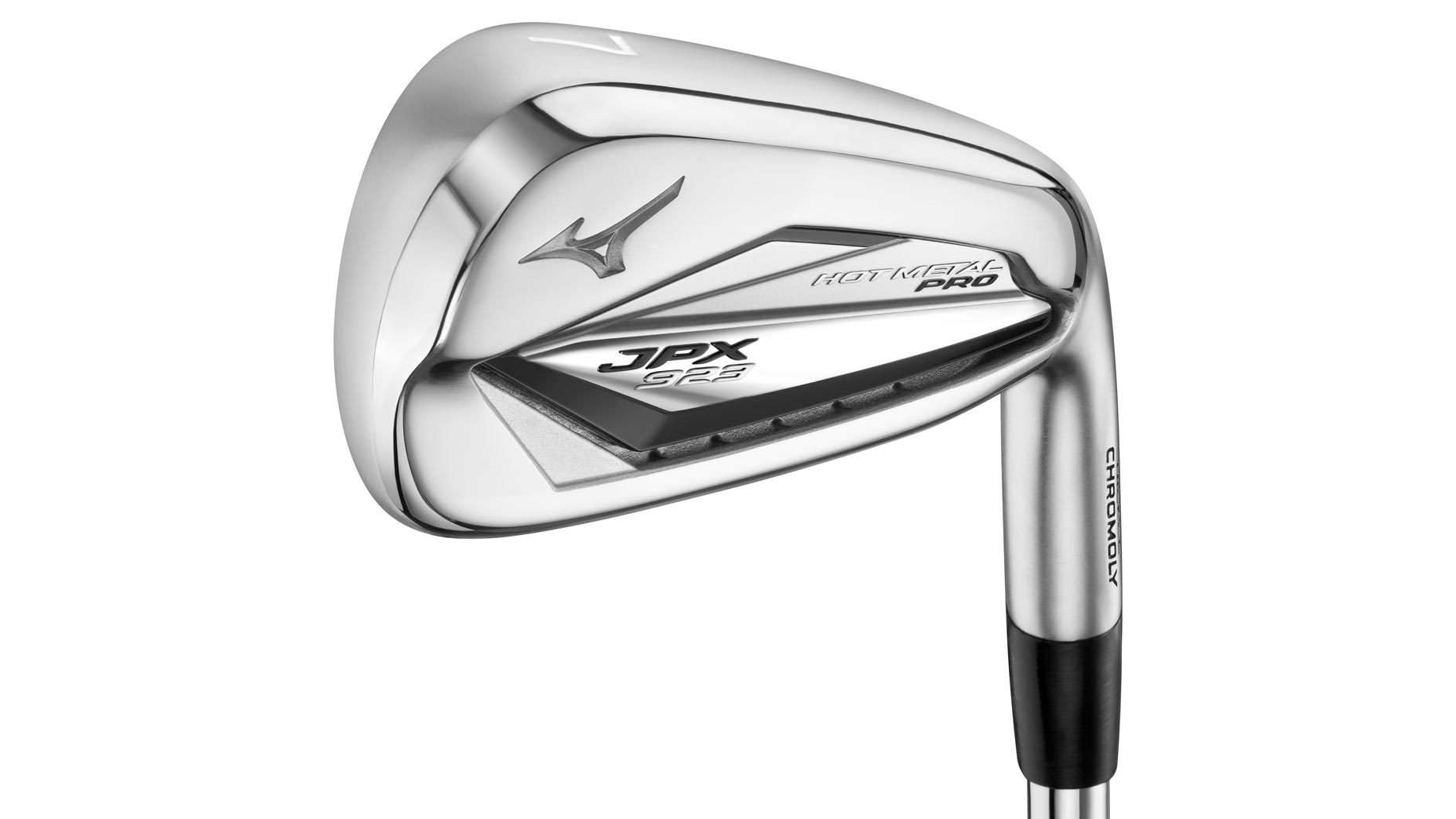 “This is a good evolution from what we’ve been using,” said Voshall. “We’d been using a standard Chromoly for the last few generations and gotten as thin as possible while still maintaining durability. Once we hit the ceiling, we started looking for something that offered the same customization and be fit to your proper loft and lie. But ultimately one that pushed ball speed forward as well. That’s where we landed with the Nickel Chromoly.

“We looked throughout the world where strong materials were being used and noticed Nickel Chromoly was being used in areas where failure wasn’t an option — like landing gears on airplanes.”

Although expensive, Nickel Chromoly provides several measurable benefits. With all the Hot Metal Products, it allowed for the addition of a multi-thickness face design that’s 8 percent thinner with a 16 percent larger COR area. The end result is more ball speed and deflection across a larger area of the face.

The material is also present in the JPX 923 Forged ($187.50 per club), but unlike the multi-piece Hot Metal, each head is made from a single billet of 4120 Chromoly with an increased mico-slot width for more face deflection. The single-piece forging is still thinned out in the face area, but its consistent grain flow allows for a better feel at impact. Think of it as the best of both worlds.

“The back milled fully forged head keeps the integrity of the grain structure,” said Voshall. “We thinned the face on the Forged to .23 millimeters, which is still thinner than a one-piece forging. By using this material to maintain durability, we actually had to change the forging process. With the 1025 material on the previous Forged, the precision forging required two strikes. Now it requires a third strike because the material is stronger.”

If JPX Hot Metal Pro ($137.50 per club) is the game-improvement model for the more accomplished player, the general assumption is Hot Metal HL (High Launch) is the new super game-improvement option. With a matte grey look, the High Launch features slightly different cosmetics that differentiate it from the standard Hot Metal and Pro.

“We’ve done SGI irons before,” Voshall said. “They were just big for the sake of being big. These are not that. They are marginally larger than the Hot Metal, and where they’re larger is actually in the hosel length. So it’s not even a bigger golf club. It barely looks larger.”

With marginally more offset, the High Launch is designed to induce a higher launch with slightly more spin to keep the ball in the air longer. Those are all benefits a mid- to high-handicap golfer on the slower end of the speed spectrum can appreciate. But with a profile that’s more reminiscent of the standard Hot Metal, it’s possible to capture more forgiveness, distance and a mild draw without going to a shovel-esque profile.

“When you look at it, it’s actually an iron a lot of players will like the look of,” Voshall said. “It has some SGI numbers to it, in terms of launch and spin, but it doesn’t look SGI. Overall, you’re getting a deeper center of gravity for a higher launch, a bigger sweet spot area that’s higher as well.”

Instead of simply making the lofts stronger to increase distance, Mizuno found golfers with swing speeds at 73 mph and below, on its Shaft Optimizer, benefit from more loft, especially in the long irons. With JPX 923 HL, the 5-iron is 25 degrees — Hot Metal and Hot Metal Pro are 22 degrees — to create more carry distance at slower swing speeds.

“When you’re talking about a 5-iron that’s in the mid to low 20s, you don’t need a super strong golf club,” said Voshall. “That’s why people are buying 4 and 5 irons that are dust-collectors. They don’t work for them. Our swing data says you need more loft.”

V is for very thin

Many better players had a problem with the overall look of Mizuno’s JPX Forged at address. The general knock was the topline tended to fall on the thicker side, making it more game-improvement than better-player. Mizuno heard the cries for change, but it wasn’t easy to make them overnight.

“We’ve always had a thicker topline than other manufacturers,” Voshall said. “A lot of that was because our H.I.T. (Harmonic Impact Technology) has always told us we needed to reinforce the topline to manage vibrations.”

To shed weight on the topline while maintaining a similar solid feel, Mizuno engineers designed a V-Chassis around the perimeter of JPX 923 Forged that reinforced the upper portion of the cavity frame (see the yellow circle above) and allowed the overall width of the topline to be reduced.

“The V-Chassis allows us to go thinner without sacrificing that solid feel golfers are accustomed to getting with the Forged,” Voshall. “It vibrates like it’s thicker but looks thinner. It actually sounds a lot closer to the JPX 923 Tour ($187.50 per club). If you can go that route without making sacrifices elsewhere, why not?”

And speaking of the JPX 923 Tour, it’s important to note the Tour — along with the three Hot Metal irons — also features a reinforced V-Chassis. According to Voshall, the chassis makes the latest Tour head look thinner than the Pro 221 muscleback at address.

Mizuno is adding new offerings for the left-handed golfer. Gone is the SEL (Special Edition Lefty) that required southpaws to accept a blended set consisting of Forged long irons and Tour mid- and short-irons.

“We did SEL with the last few generations where we forced the lefty hand into what to play,” Voshall said. “This time, we’re going in a different direction, realizing not everyone wants to play that composition.

In addition to the usual JPX Hot Metal offering, full sets of the Forged and Hot Metal Pro will also be available to the left-handed golfer.

“Hot Metal Pro was a huge winner for us when it was first introduced,” Voshall said. “That kind of momentum made us realize it needed to be in a left-handed version as well.”

Golfers are used to treating product embargo releases like a countdown clock for eventual testing and purchasing. However, things will be a bit different with JPX 923. Instead of releasing all five models at once, Mizuno will perform a staggered release, beginning with JPX 923 Hot Metal, Hot Metal Pro, Hot Metal HL (High Launch) and JPX Fli-Hi on October 13th.

From there, JPX 923 Forged and Tour will be released at retail in February 2023. Reporting on products that won’t be available for five months might seem odd, but there’s a good reason behind delaying the release of the better-player offerings.

“We want every model to get its moment,” Voshall said. “Hot Metal has been a major success for us and we wanted to make sure it had some time to breathe before Forged and Tour come into the picture.”

Gear Questions You're Afraid to Ask: Should all your grips be the same size? 

Have a brilliant golf invention? Here's how to bring it to market