Fully Equipped mailbag: Why do so many elite players use cavity-back long irons? 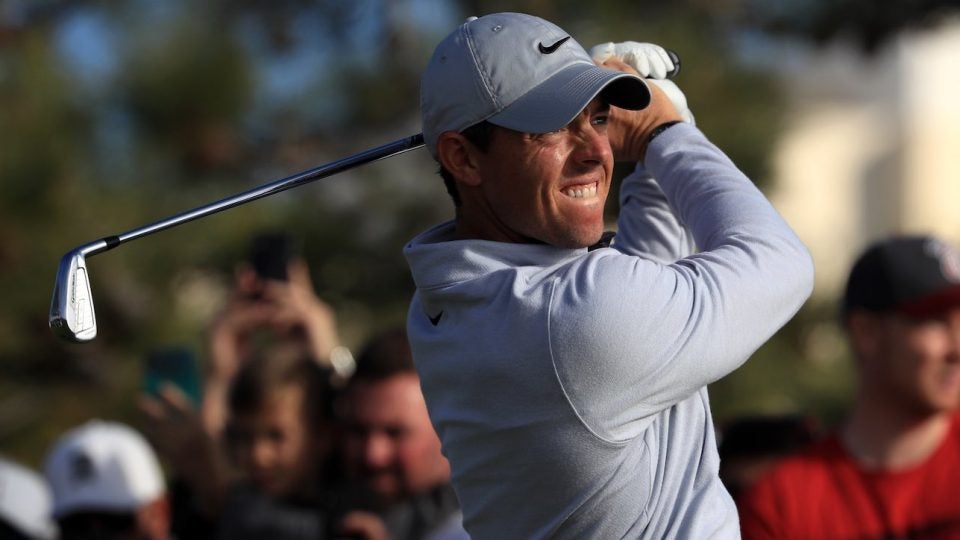 I’ve noticed an increase of [cavity-back] type long irons even for blade players. Is this due to needing different launch conditions or more forgiveness or both? — Anthony Chapman

Good on you for picking up on a trend that’s certainly taken the PGA Tour by storm — especially in the last 5-7 years. Earlier this week, I strolled past 10 different staff bags sitting next to the practice putting green at Riviera and found cavity-back long irons in every single one. This wasn’t pure blind luck.

More than ever before, the PGA Tour’s elite are embracing long irons packed with forgiveness. Some of them just happen to pack extra ball speed and a slightly higher launch as well. In other words, players who opt for something other than a blade at the top of the set are looking for an iron that produces the best of both worlds, in terms of workability and forgiveness.

With the center of gravity positioned lower in most game-improvement long irons, it’s much easier to generate a higher peak height and capture the drop-and-stop launch many elite players need to hold the green with an approach shot. Ball speed is also something you’ll find in many of these irons, but you have to remember that not all Tour players are looking for more distance.

In fact, two-time Tour winner Nick Taylor recently weakened the loft on his TaylorMade SIM Max 4-iron from 19 to 21 degrees to maintain similar loft gaps. The last thing a player of Taylor’s caliber wants to do is introduce a new variable that forces you to adjust the rest of your gear. So if you’re considering following Taylor’s lead, I’d recommend doing the same thing and making sure the long irons you’re testing have lofts that don’t negatively affect your current setup. Going to a certified club fitter can ensure this doesn’t happen.

While Taylor is using a glorified game-improvement iron, most players choose something that toes the line between game-improvement and better-player. Rory McIlroy’s TaylorMade P760 cavity-back long irons (3-4) have SpeedFoam injected into the head to improve sound and support the thin SUS630 steel face, but the overall profile is something that a single-digit handicap would embrace.

For better players, having the ability to add forgiveness without sacrificing turf interaction, feel or going to a noticeably larger profile — the things that matter most — is a win-win. It’s a trend I don’t see slowing down anytime soon.