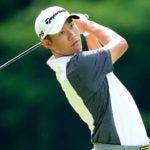 Collin Morikawa plays a hybrid during the first round of the 2020 Memorial Tournament,

Collin Morikawa wasn’t a big hybrid guy until this year, so how did he end up winning with a hybrid in the bag last week? Luckily, Morikawa recently joined our Fully Equipped podcast to explain exactly how it happened.

In early 2020, TaylorMade released new SIM Max hybrids that immediately interested some PGA Tour players – such as Rory McIlroy and Dustin Johnson — who weren’t known to play hybrids. Morikawa, on the other hand, still wasn’t so sure.

“I’ll be honest, when I first saw [the SIM Max hybrids] — I remember Rory at the photoshoot was hitting it, and he bought into it very quickly — I was still a little skeptical,” Morikawa said on our Fully Equipped podcast. “I thought my 2-iron, I could do everything with it.”

Prior to the Waste Management Phoenix Open in 2020, Morikawa always opted for a driving iron instead of a hybrid or 5-wood. As it turned out, however, his driving iron was lacking when it came to certain shots.

“You start going to these courses where they might have a little firmer greens, or you might need to carry water from that distance into a par 5, and I just didn’t have a shot for that,” Morikawa said. “I could hit a high-cut 2 iron, but if I missed it, I was going to be 30 yards short. The miss wasn’t going to be acceptable, right around the green, it was going to be very bad.”

Recognizing that something was missing in his arsenal, Morikawa’s caddie suggested he start giving hybrids a serious try. So, the team on the TaylorMade tour truck built Morikawa a pair of 19-degree SIM Max hybrids; one had a Mitsubishi Tensei Blue shaft in it, and the other had a Mitsubishi Tensei White in it. Morikawa was pleased with their performance, to say the least.

“When we first started hitting these hybrids, they were so high, almost double the height,” Morikawa said. ‘They were spinning great, and they were going super straight.”

During the first testing session in Phoenix, Morikawa said that he was hitting the Blue Tensei version better, so he put that one in play. He ended up having four eagles that week using the hybrid, so he stuck with it.

Ahead of the 2020 Workday Charity Open last week, though, Morikawa said he noticed the hybrid with the Blue Tensei floated a bit too much in the wind and wasn’t carrying the distance he wanted when he swung at it harder. That being the case, Morikawa switched to the lower-spinning White Tensei version at Muirfield, because of its heavier and stiffer design, in order to get his ball flight down.

“I knew it was going to fly flatter…if it’s going flatter, but I can still get height on it, it’s going to be the perfect club and the perfect course for it,” Morikawa explained. “To be honest, the Blue one might be benched forever now, because I think the Tensei White hybrid one I have I can pretty much hit any shot with it, which is pretty much all you can ask for in a club.”

It sounds like Morikawa has become a hybrid believer, doesn’t it? At least, it’s a far cry from being skeptical of hybrids and thinking his driving iron can hit every shot he needs.

That begs the question, what is it about these TaylorMade SIM Max hybrids that’s converting once-skeptics into believers?

“Even though I like to play my cut, when I play this hybrid, I’m almost playing straight shots because I know how straight it is,” Morikawa said. “So that’s been the best thing. It’s very forgiving and very easy to hit. When you set it up there’s not a ton of offset or anything, it just sets up very nicely. It’s not a large head. It just gets the ball airborne quickly, easily, and how could you not like that?”

I guess Morikawa has a point. How could you not like that?

For all the anti-hybrid golfers out there (me included), maybe it’s time to be more open-minded and give hybrids a true, fair test against driving irons and fairway woods. It worked for Morikawa.