ClubTest 2022: The inside story behind Srixon’s new ZX drivers (plus reviews!) 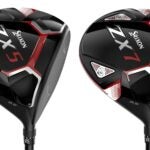 This year’s ClubTest is bigger and better than ever. To help you make sense of the mountain of high-tech new clubs on the market, we put all of the latest offerings from the top golf club manufacturers to the ultimate test, making use of a state-of-the-art swing robot to put each club through its paces. Below you will find our deep dive into Srixon’s newest drivers, including full reviews and test results toward the bottom of the page.

Srixon is one of the leading golf ball manufacturers in the world. Its irons are becoming more popular, too, and so are the woods, thanks to top players like Brooks Koepka — who, let’s be honest, could play any club he wanted — adding them to his bag. According to the four-time major champ, Srixon’s new woods “are as good as anything I’ve hit.”

Our initial impression of the ZX drivers during the early rounds of this year’s ClubTest was that they looked like sleek sports cars with smooth lines and subtle curves that hide major horsepower underneath. The impression held up during testing: We’ve found the ZX line to be Srixon’s best and most high-performing woods ever, thanks to a bevy of new technologies within the clubhead.

Let’s look at the Rebound Frame first. According to Srixon, the intent behind the ZX woods is to increase ball speed — not just on strikes in the center but across more points across the clubface.

The Rebound Frame works by positioning different flexible zones alongside each other. The first flex zone is the T151Af titanium cupface that’s surrounded and supported by a more rigid frame.

Next comes another flexible zone, supported again by a rigid rear section of the clubhead. You’ll get maximum ball speed when you strike the sweet spot, sure, but your reduction in ball speed the farther you stray from the club’s center of percussion will be far less due to that second set of flexible and rigid zones.

“Rebound Frame changes the design of the club, as it is a whole new construction process,” says Casey Shultz, product manager for Srixon.

“We came up with the technology after examining what could structurally be improved about our wood designs with increased ball speed as a core design principle. As a result, Rebound Frame allows the club to generate explosive distance performance while maintaining the player-preferred shaping and construction you have come to expect from Tour-driven Srixon woods. Lastly, we used a unique manufacturing process to create these designs compared to what we used for Srixon woods in the past.”

Behind the Rebound Frame, Srixon employs a carbon crown (supplanting a titanium dome used in years past) that’s 15 percent larger than what was built into previous models. The carbon crown effectively repositions mass lower in the clubhead, which then increases the MOI and improves on forgiveness.

“The new Rebound Frame couples with technologies of past Srixon woods, including a larger carbon-fiber crown in the driver, Cannon Sole in the fairway woods and crown step on the fairways and hybrids, for the best performance ever from a Srixon wood line,” says Shultz. “There is a reason players like Brooks Koepka, Hideki Matsuyama and Shane Lowry have Srixon ZX woods in play on Tour.”

There are two drivers in the 2022 ZX wood line.

The first is the ZX5 — a more triangular-shaped model with a deeper weight and higher MOI (above 5,000 g-cm2). The top section is also more rounded, and the skirt section of the clubhead (the distance from the rear of the crown and the ground) is shorter — design traits that combine to produce a forgiving clubhead that yields faster ball speeds and straighter ballflights for more player types. The ZX7 is the better player’s option, with a rounder rear shape, two adjustable weights, a flattened crown and a taller skirt section. These features produce a driver that’s more maneuverable but still retains a healthy dose of forgiveness, thanks again to the Rebound Frame and carbon crown.

The ZX woods carry much the same technologies, with some subtle differences. In addition to a Rebound Frame and carbon crown in the ZX fairway woods, each model also has a Cannon Sole—a front-leaning weight pad and a flexible sole function together to increase ball speed and optimize ball launch. Also, the crown on the woods is stepped to lower the CG even more and increase the MOI. A hybrid is also available for maximum versatility from near anywhere on the course.

“We think golfers ought to be excited to try out a line of clubs that’s packed full of technology, are played by the best players in the world and can also help ‘level up’ the weekend player’s game,” says Shultz. “Whether you’re in the market for a new hybrid, fairway wood or driver, we think golfers will be impressed by the performance of the ZX line. After all, these clubs are built for distance, and that’s what the majority of golfers truly want.” — Ryan Noll

Our take: Srixon drivers have been sneakily good for a while now, but we anticipate the ZX5 to help increase the brand’s footing among top competitors in the driver category, thanks to some power-packed multi-material technology and added performance benefits. And oh yeah, signing Brooks Koepka to play this driver sure didn’t hurt. It’s a bomber off the tee that flies straight if you want it to or can be set up to accommodate fades or draws. 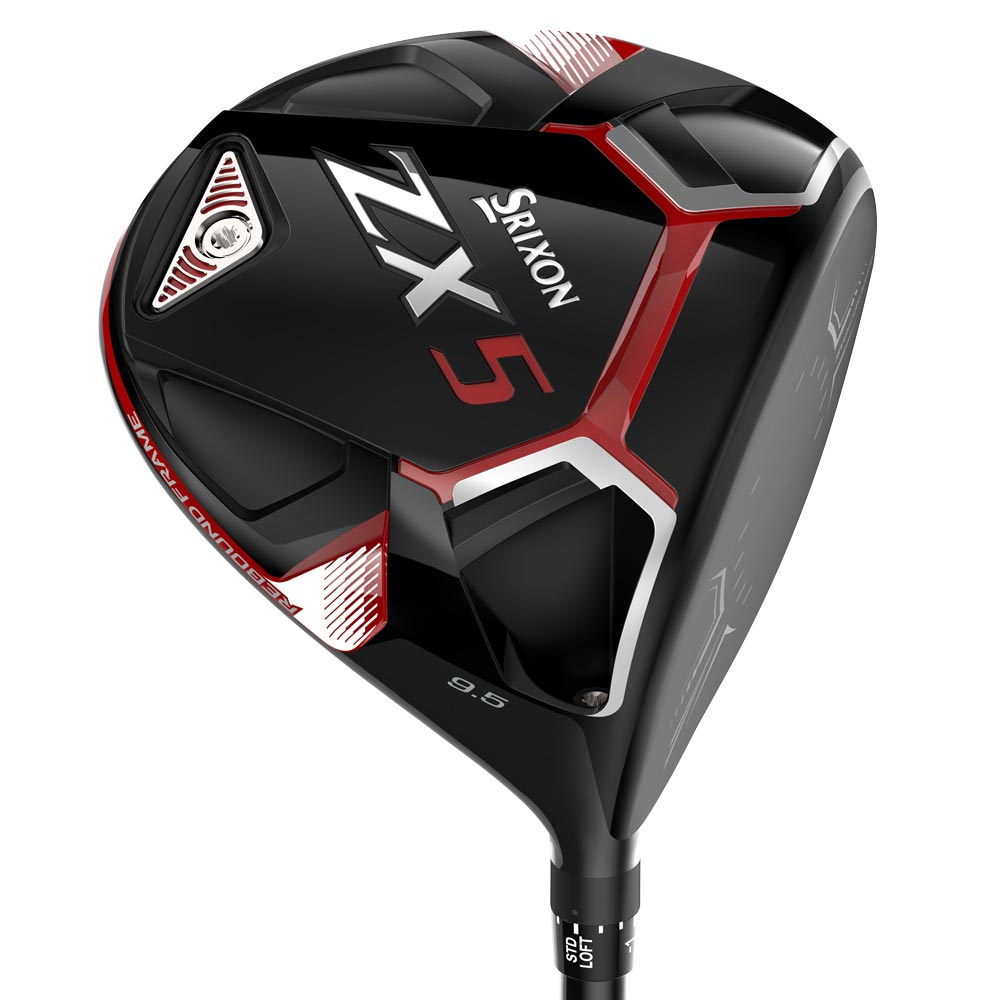 The details: Everything about the ZX5 centers around the Rebound Frame, which has alternative zones of stiff and flexible areas that work together to focus more energy transfers back into the golf ball, especially on center strikes. Coupled with a larger carbon crown for a lower CG and high MOI, as well as an adjustable hosel and sole weight and you have a driver destined for higher-yet-penetrating and straighter drives.

Our take: The sister driver to the ZX5, the ZX7 comes in a more pear-like shape for players who want added shotmaking capabilities and a lower launch when compared to the ZX5. Now, do we think that means it’s strictly a better players club? Not at all. The same Rebound Frame, carbon crown and adjustable hosel combine to produce exceptional levels of playability—it really comes down to whether you want a more rounded shape and/or if you want added control via two sole weights as opposed to one in the ZX5. 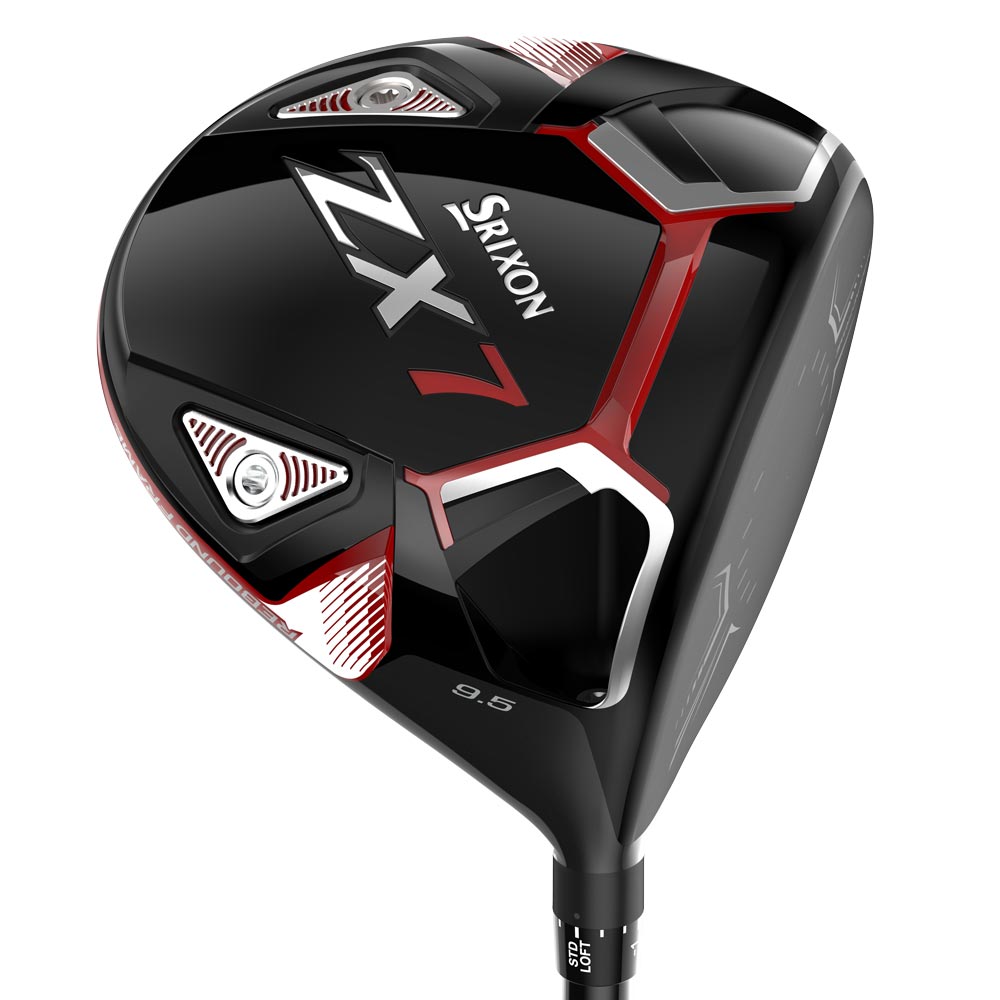 $529.99
The ZX7 is purpose-built to put you in control. Hosel adjustments and weight calibration give serious players the ability to dial in their play and take things to the next level. It’s the control you want with the power you demand.
BUY NOW

Robot’s take: Made for better players who want distance, forgiveness and, most importantly, control off the tee. Produced low-launch, low-spin flights with balanced distance loss on off-center hits.

The details: The Rebound Frame is to create more energy back into the golf ball, which means higher ballspeeds—especially on shots fired closer or on the sweetspot. There are also two weight ports on the sole to adjust CG positions for either a draw or fade shot shape and an adjustable hosel for even more loft, lie angle and face angle configurations.